Unione Sportiva Sassuolo Calcio made their debut in European competition when they faced Luzern in the Europa League 3rd qualifying round. A 4 – 1 aggregate win was followed by the same scoreline against former European champions, Red Star Belgrade. 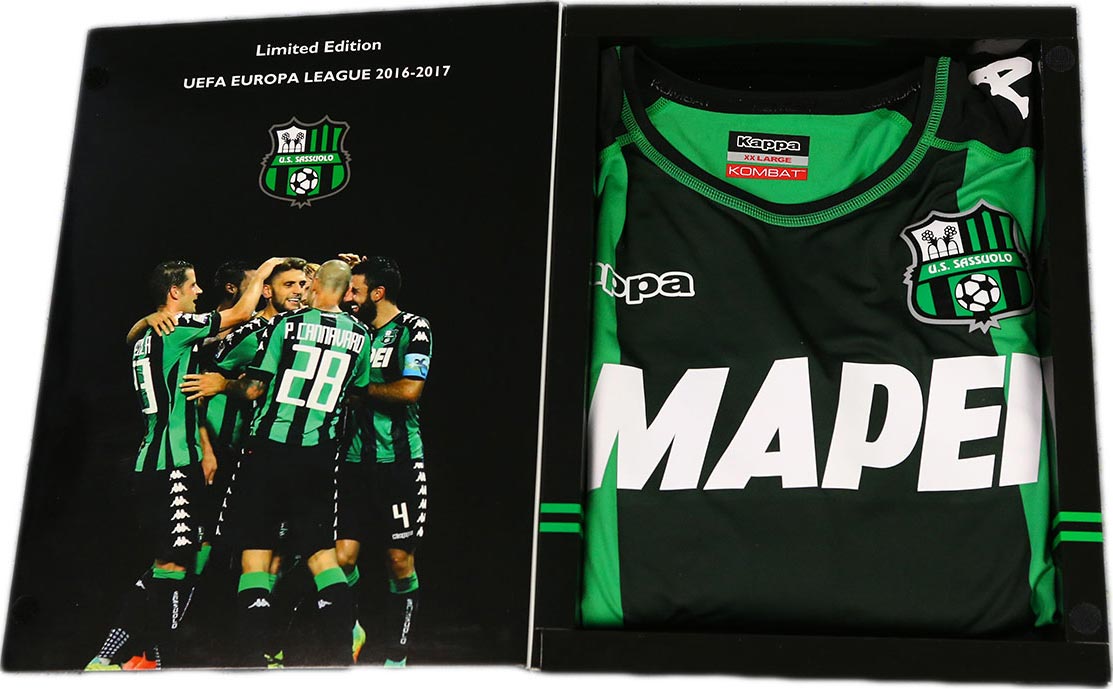 It meant the team from the province of Modena was into the Europa League proper. They were drawn in a group with Athletic Bilbao, Genk and Rapid Vienna. If there were any nerves, the neroverdi didn’t show them, hammering the Spanish giants 3 – 0 in the opening group match.

To celebrate the adventure, 500 of these shirts have been released for general sale.

This is the Sassuolo Europa League limited edition kit for 2016/17 season: 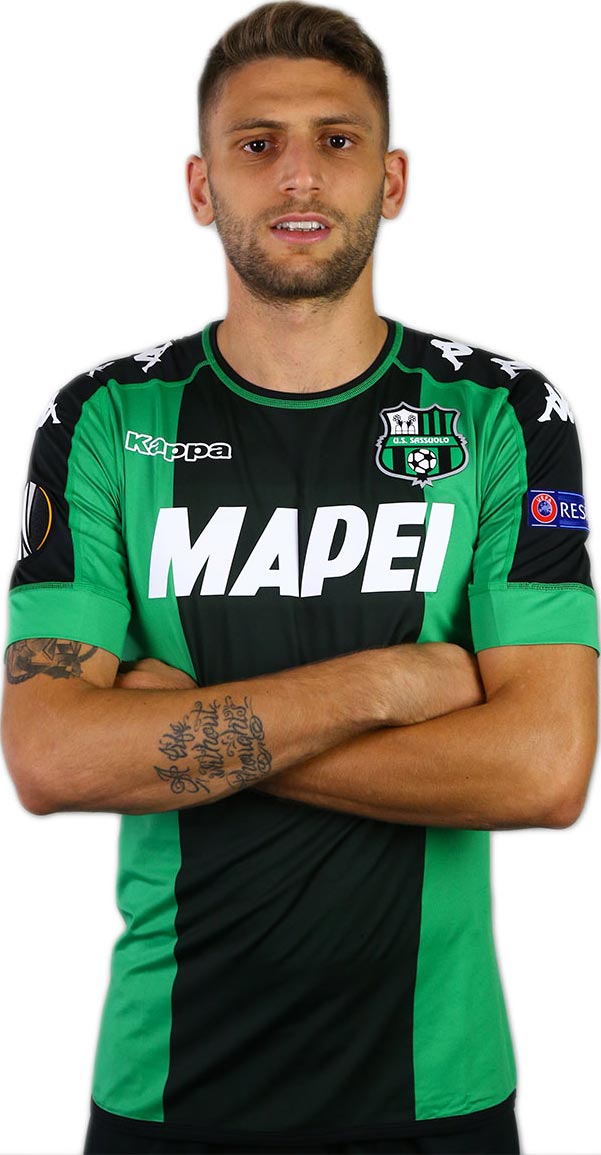 For their Serie A and Coppa Italia matches, Sassuolo will wear a home jersey featuring evenly spaced black and green stripes – hence the neroverdi nickname. This is a similar design to the Crystal Palace home kit with black and green replacing the red and blue.

On the sleeve, a single black stripe housing the Kappa logos runs to the green cuff.