Saudi Arabia currently top their Russia 2018 qualification group and are on course for their first appearance in the World Cup finals since Germany 2006. In that tournament, they drew with Tunisia before losing 0 -4 to Ukraine and 0 – 1 to Spain.

They travel to Thailand during the upcoming international break, followed by a home game against Iraq. The big game though, comes in June when the Green Falcons fly to Sydney for a make-or-break match with Australia.

If they come through unscathed, they finish their group games with a home match against Japan, currently second behind the Saudis in the table.

This is the newly-released Saudi Arabia 2017-18 home kit: 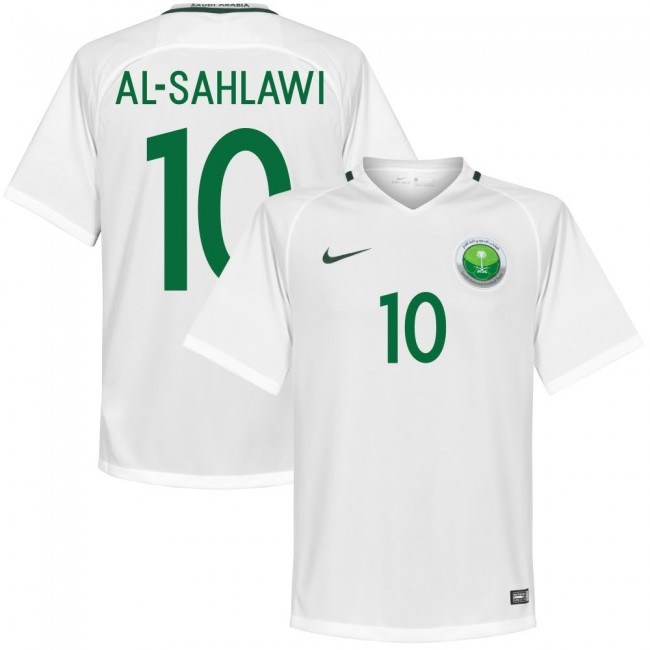 The kit is their Green Falcons traditional all-white with green trim. Nike used their Vapor with AeroSwift template, with a standard collar design, including a green band around the back of the neck. 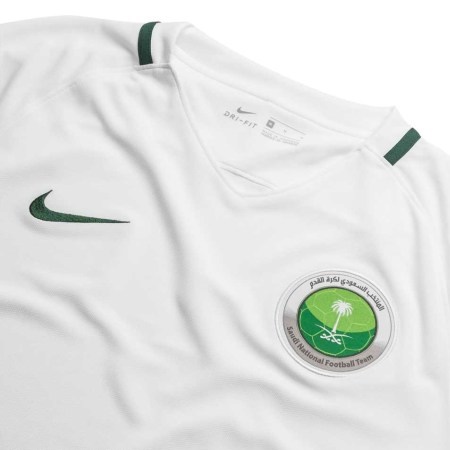 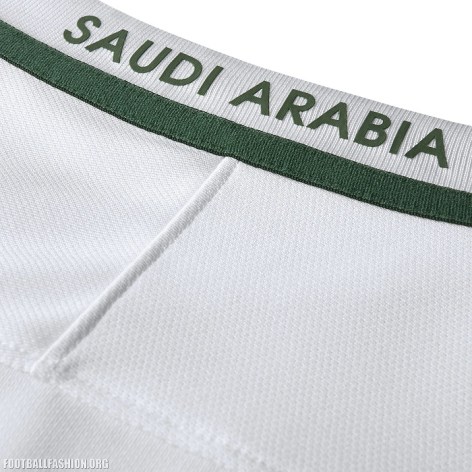 On the rear of the collar, printed is “SAUDI ARABIA”, with green ventilation stripes on each side of the shirt.

The Saudi Arabian Football Federation and Nike’s Swoosh are on the chest, both in green. On the front of the shirt, above the left hem is a jocktag with the nation’s flag.