Seattle Sounders have unveiled the special Gears of War jersey they will be wearing for Sunday’s match against LA Galaxy. The StubHub Center in Los Angeles hosts the second Sounders shirt in as many years to bear an Xbox hallmark on the front. 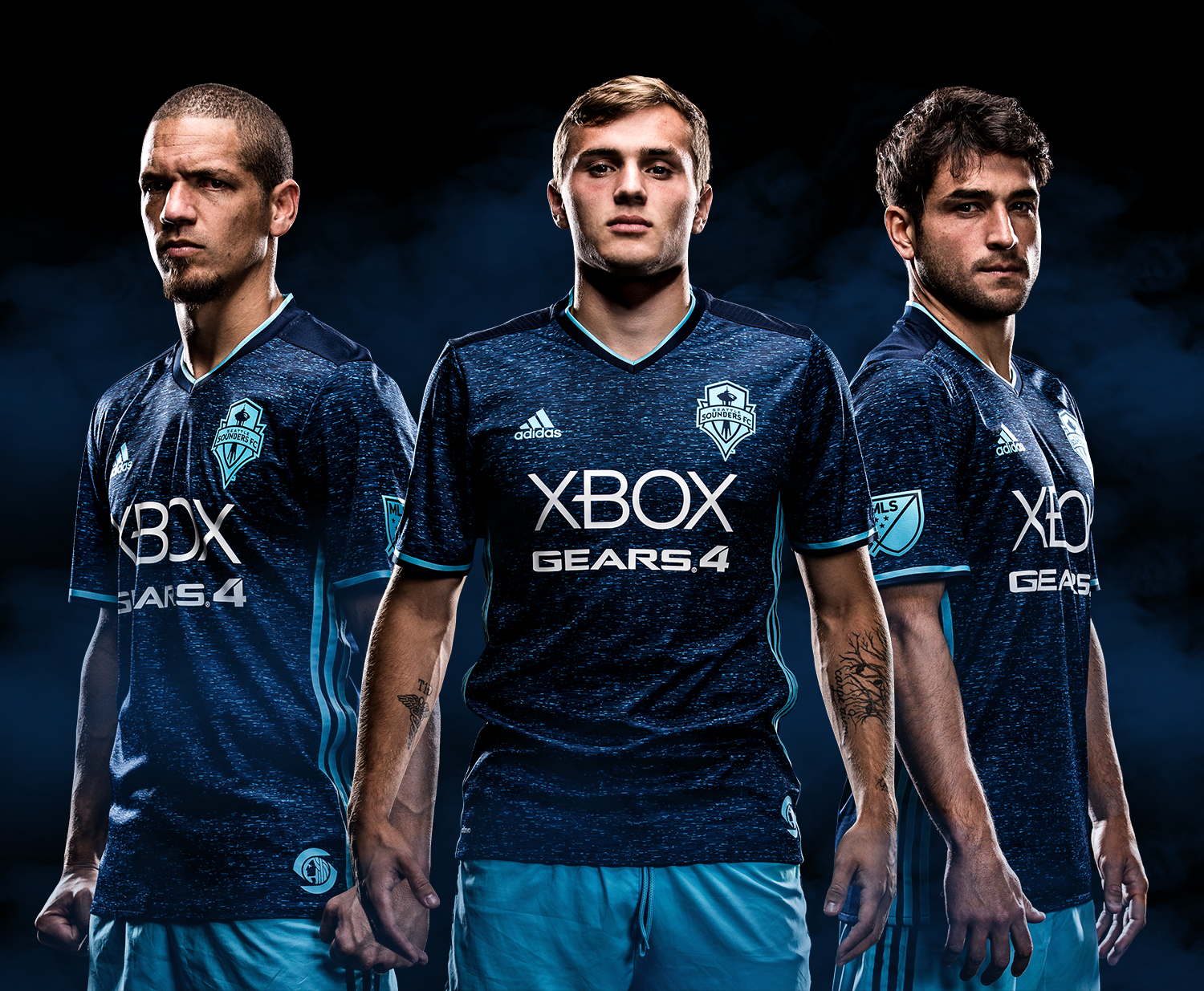 This is the Sounders Xbox Gears of War 4 themed shirt: 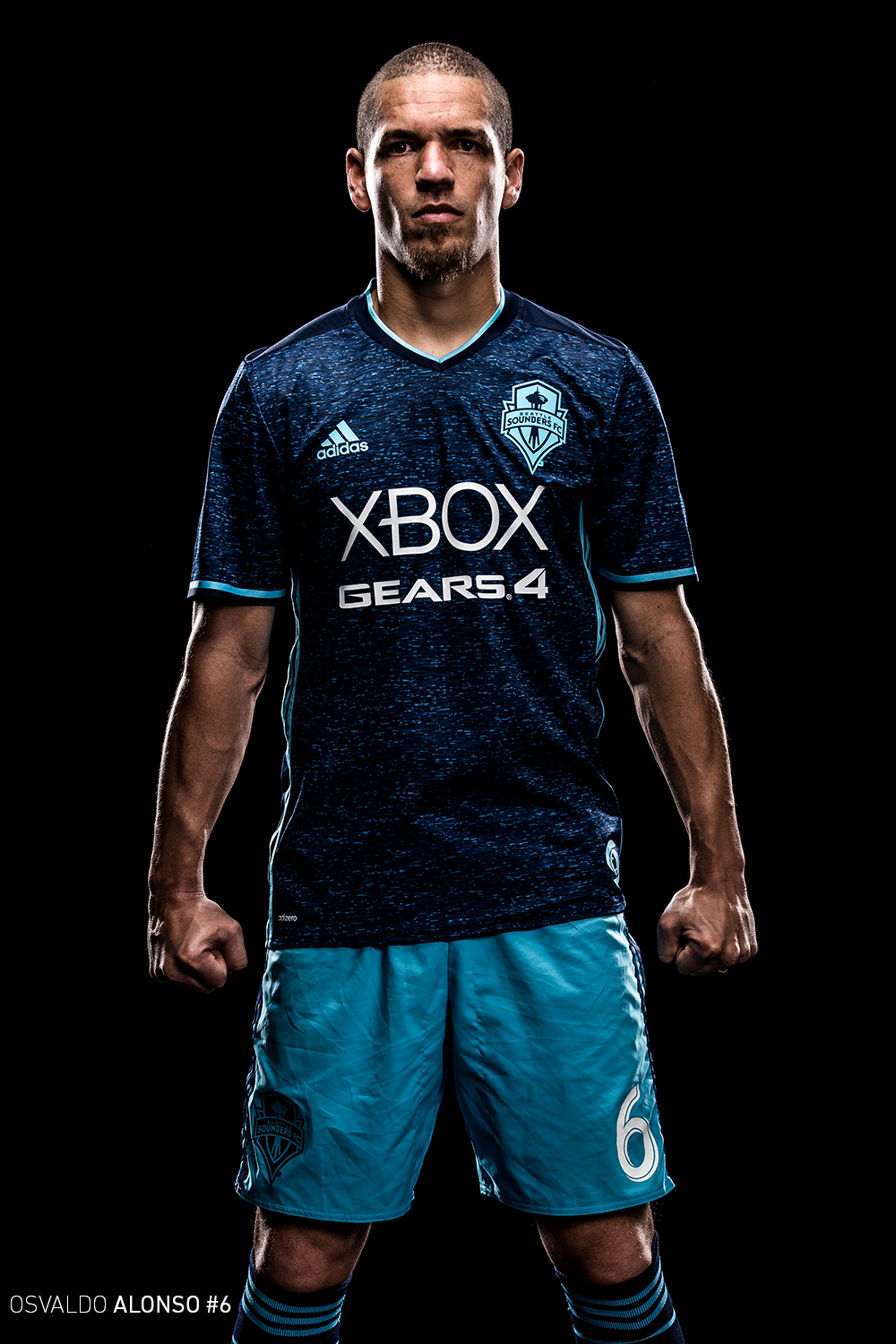 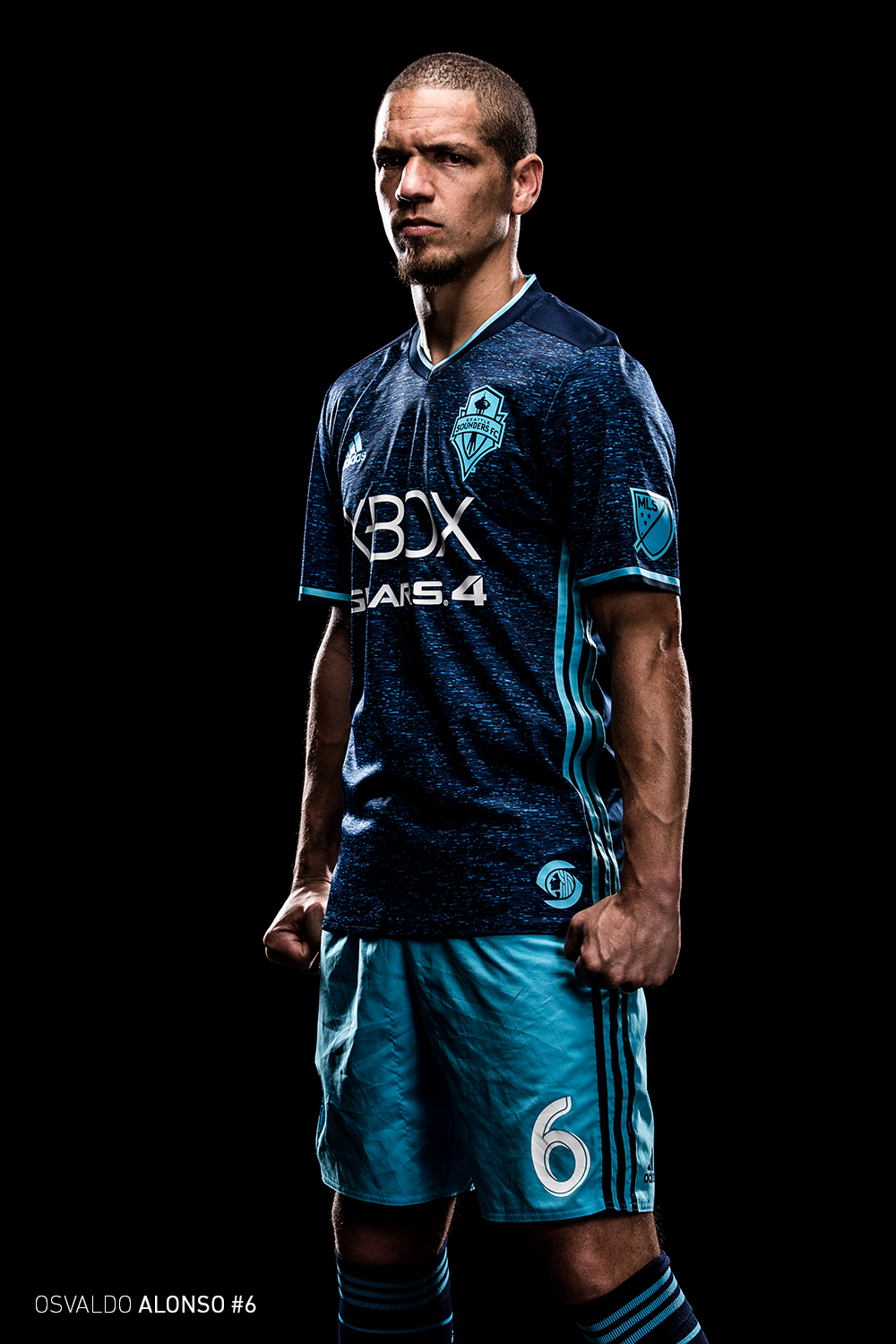 Seattle has invited fans to bring their ‘Pacific Blue’ shirts into the club shop to have them imprinted with the ‘Gears 4′ hallmark.

Made by Adidas, the kit patterning is similar to that on the Manchester United away shirt, albeit with a darker blue base colour. The shirt colour features a white band around the top of the colour with the same colourway on the cuffs.

It’s real contrast to the green and pacific blue shirts usually worn in home games and white away kit.

The shorts are a lighter blue whilst the socks are the same darker blue as the shirt. Adidas’ trademark Three Stripes are the contrasting blues on the respective darker and lighter colours.

The announcement threw the Los Angeles club. Their promotional poster has Seattle wearing their usual kit. The question is will Galaxy throw a curve ball and turn up in Call of Duty sponsored shirts… 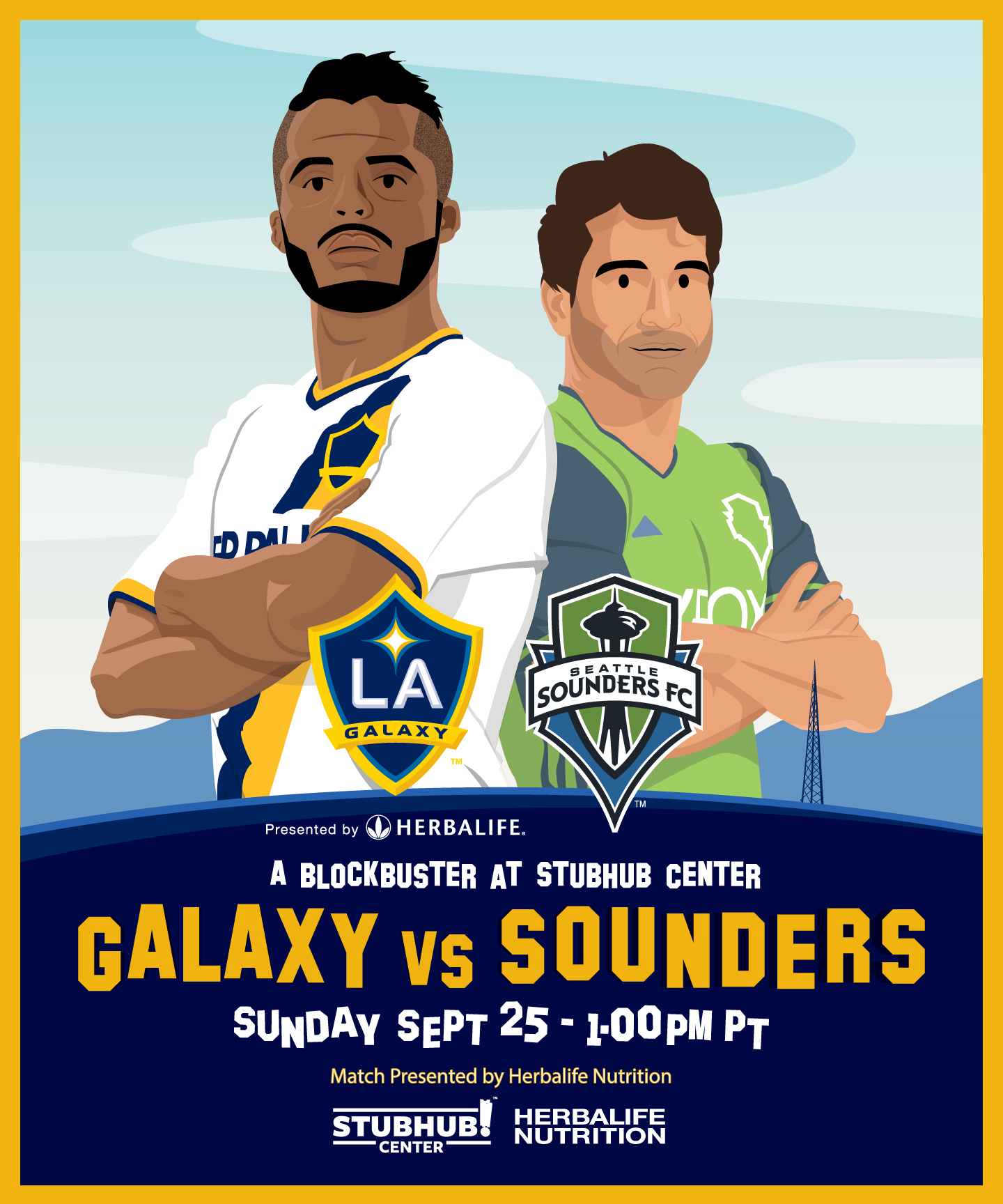