Sevilla, winners of the Europa League in 2016 for the third consecutive season, have released their new away kit. Manufactured by New Balance for the second season, the alternate colour to their predominantly white home kit is red. 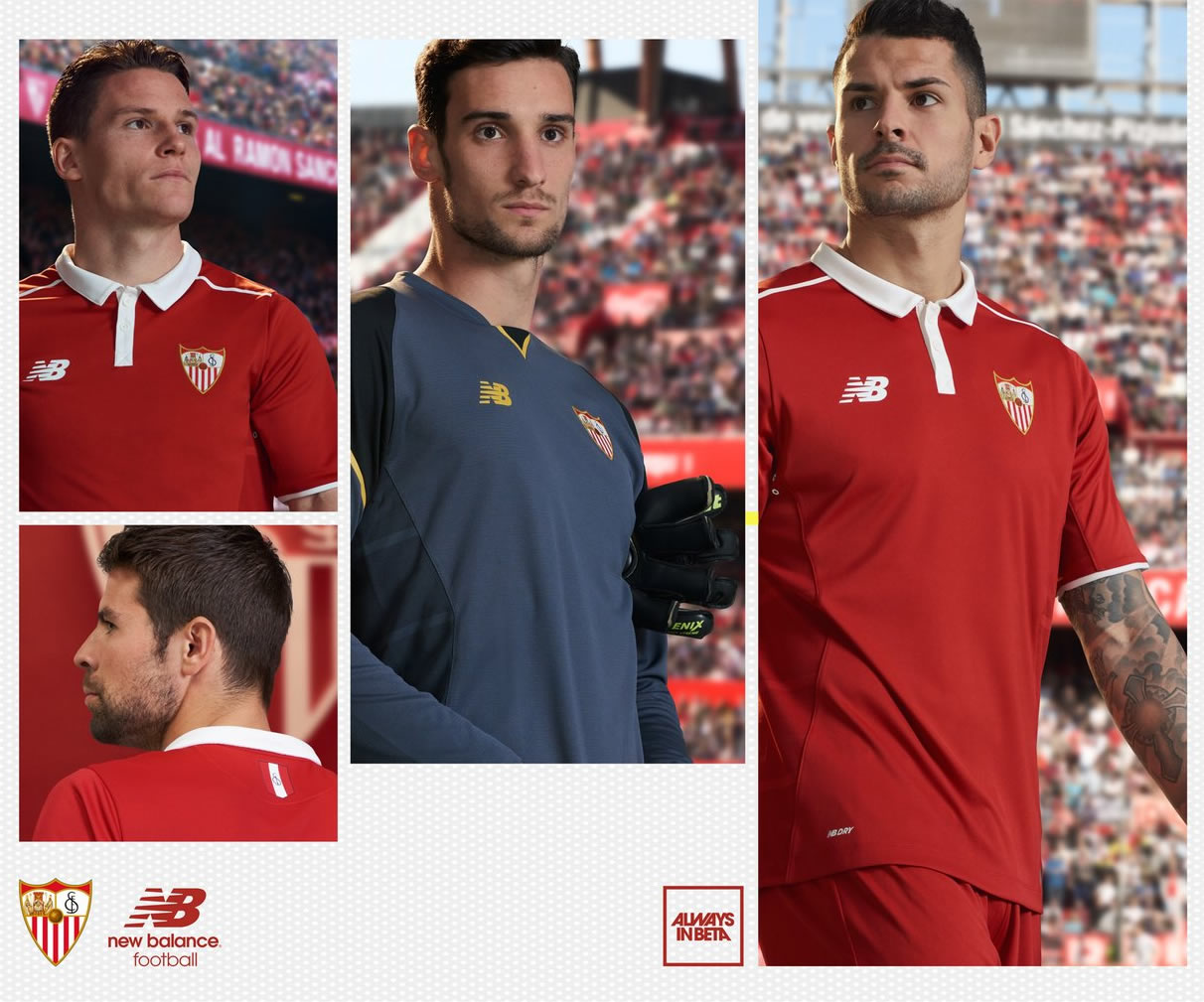 This is the away kit Sevilla will wear during the 2016/17 season. 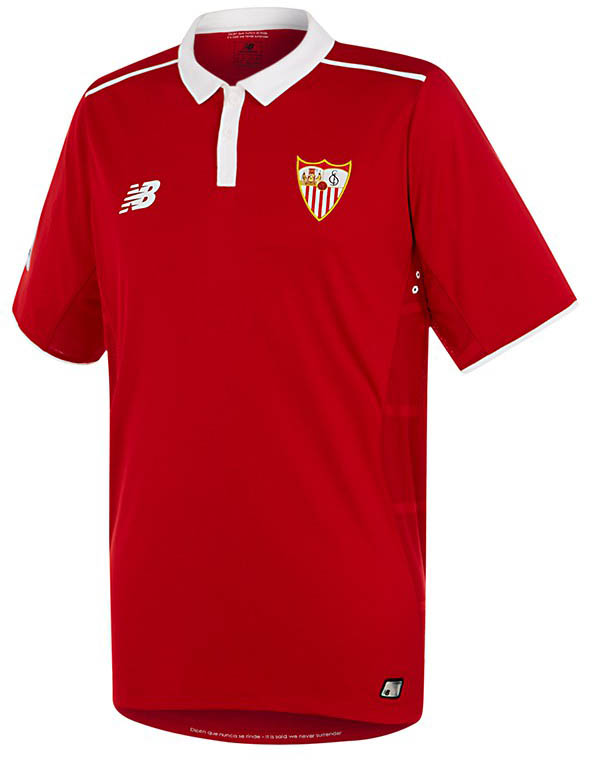 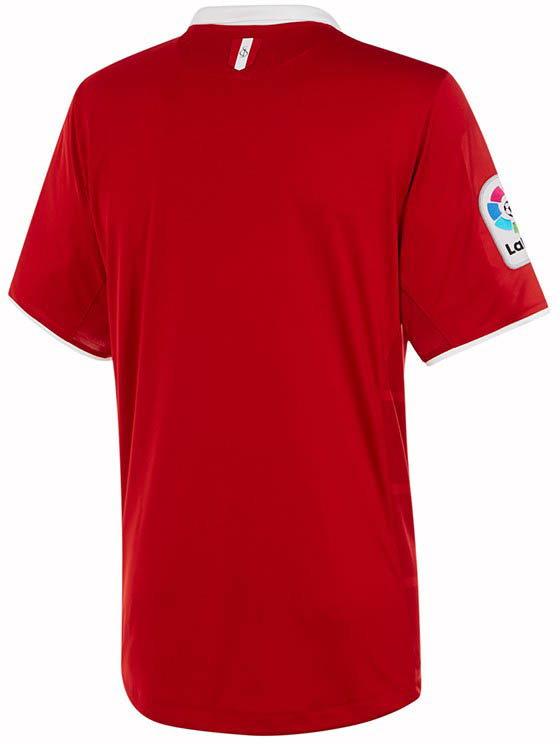 The classic polo style shirt feature minimal white trim. It’s a concerted attempt by the club and manufacturer to appeal to the casual market. Were it to remain sponsor free, there’s no doubt the stylish design would be appreciated beyond the replica kit market.

The white collar and neckline are met with white piping across the collarbone. Under the arm, the mesh pattern has white logos. New Balance has their manufacturers logo on the right breast, opposite the club logo on the left. The La Liga patch features on the right sleeve. 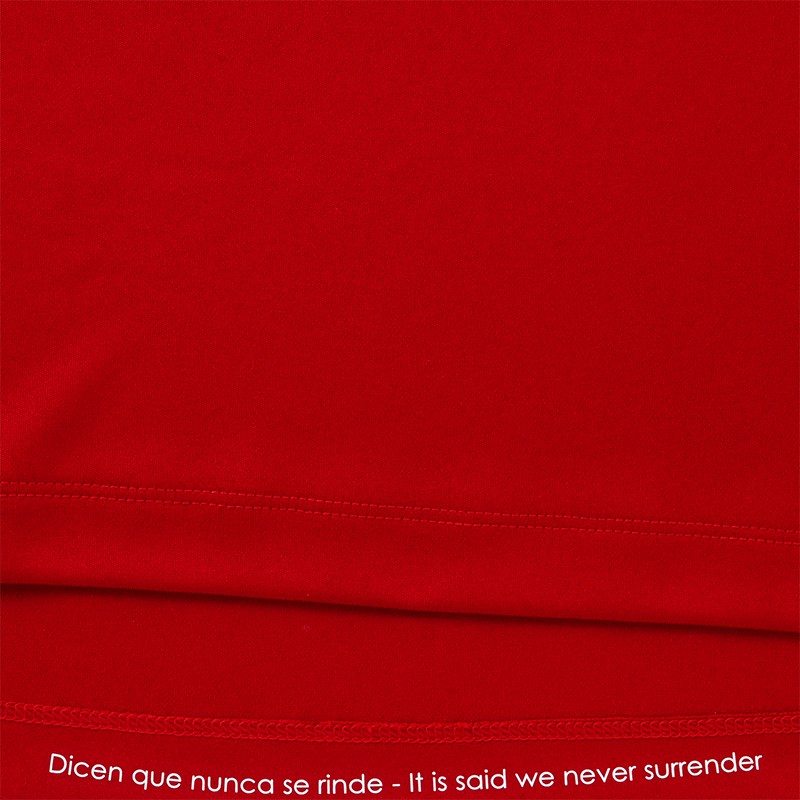 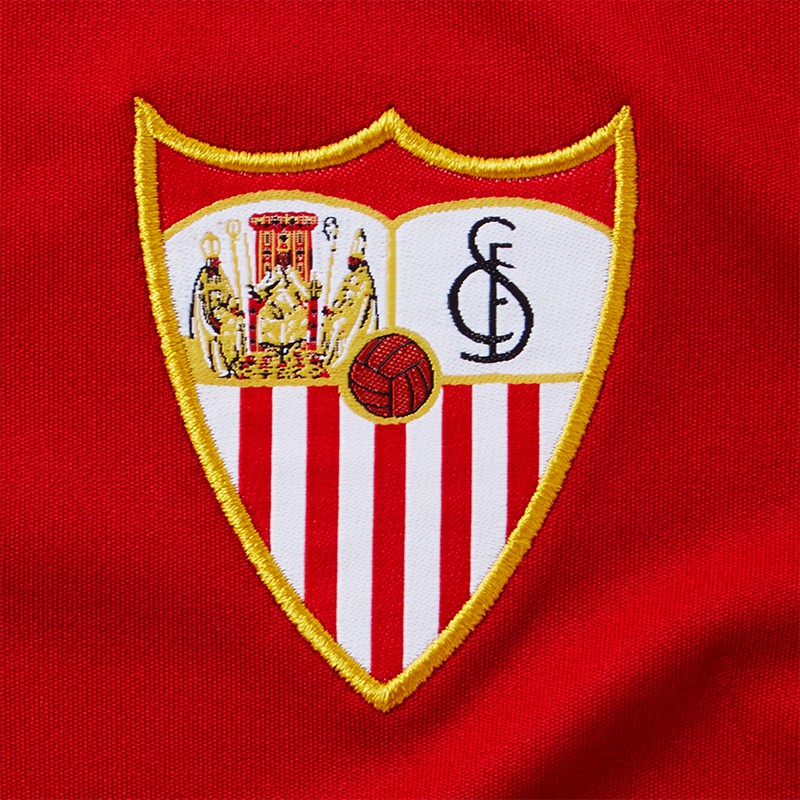 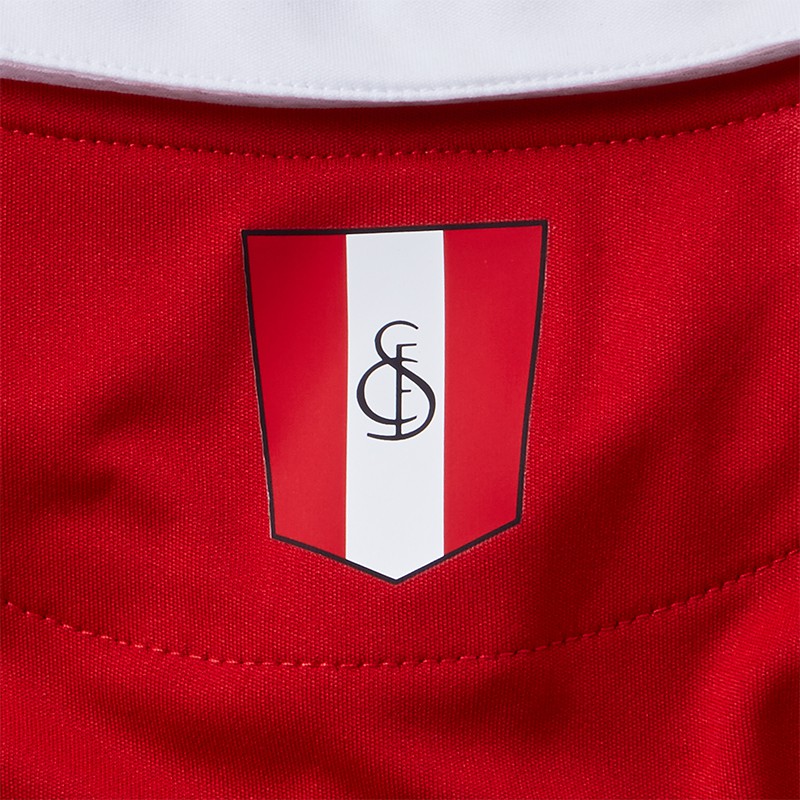 On the inside of the back of the shirt along the hem is the motto: “Dicen que nunca se rinde – It is said we never surrender”, something the supporters in Basel witnessed with their phenomenal second half performance against Liverpool.

On the reverse, in the centre of the shoulders is a red and white crest with “SFC” in the central white stripe.

The shorts and socks are both solid red. On either thigh sits the club’s badge and the New Balance logo whilst the socks feature the motif, “SFC” in the middle of the shin at the front with New Balance’s logo on the back. 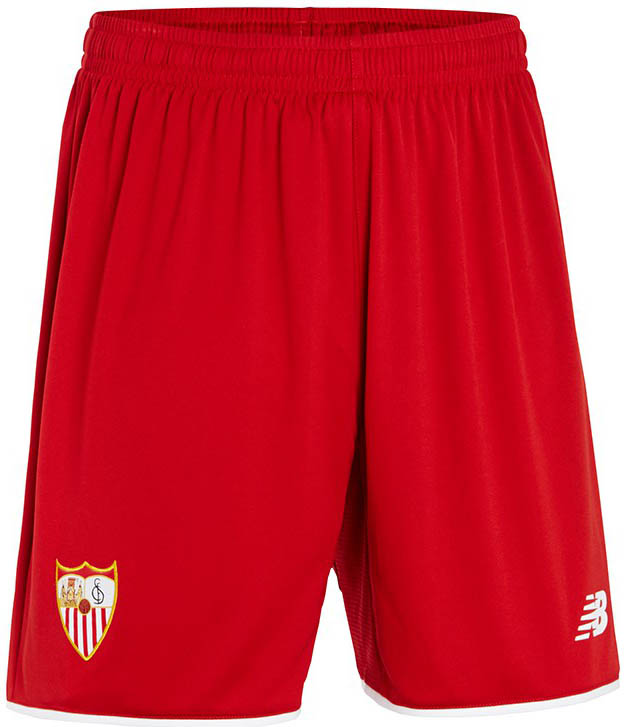 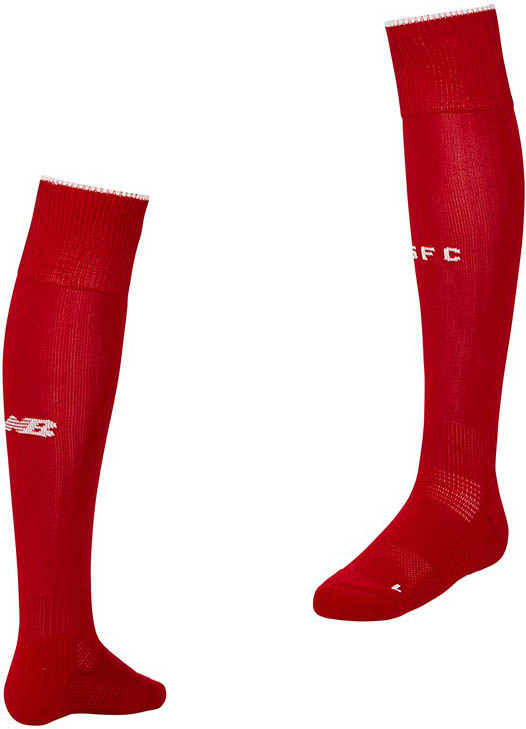 It’s a genuinely classy update on a simple kit design that both club and manufacturer deserve praise for.