As well as releasing their away strip for next season, Sevilla have unveiled their striking third kit. They faced an uncertain immediate future with the architect of their recent success, Unai Emery, moving on to Paris St Germain but as their promotional poster claims, this is a club  “Miedo a Nada” – afraid of nothing!

And the board proved it with the appointment of Jorge Sampaoli, Chile’s coach when they won the 2015 Copa America. 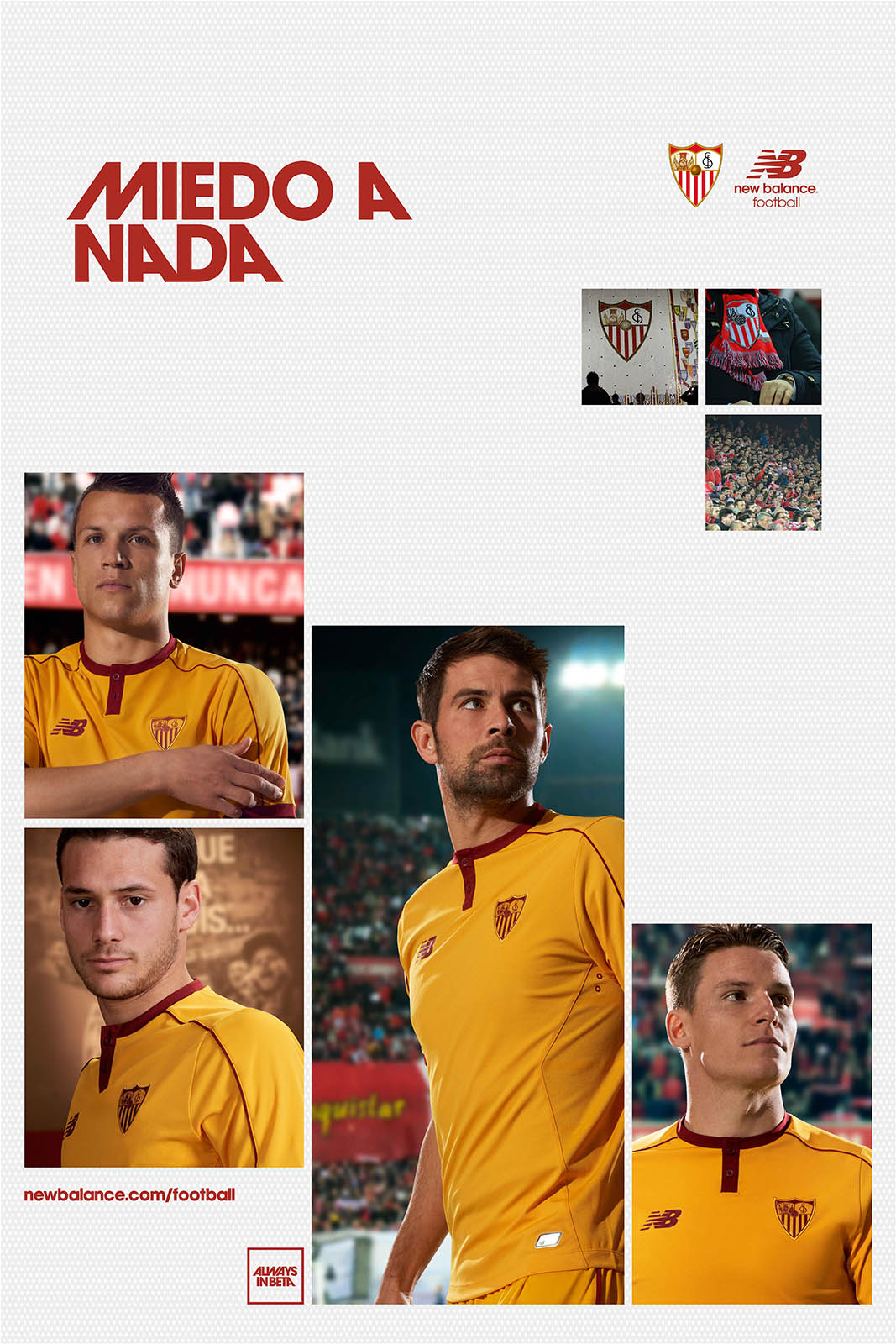 This is the third kit which Sevilla during the 2016/17 season. 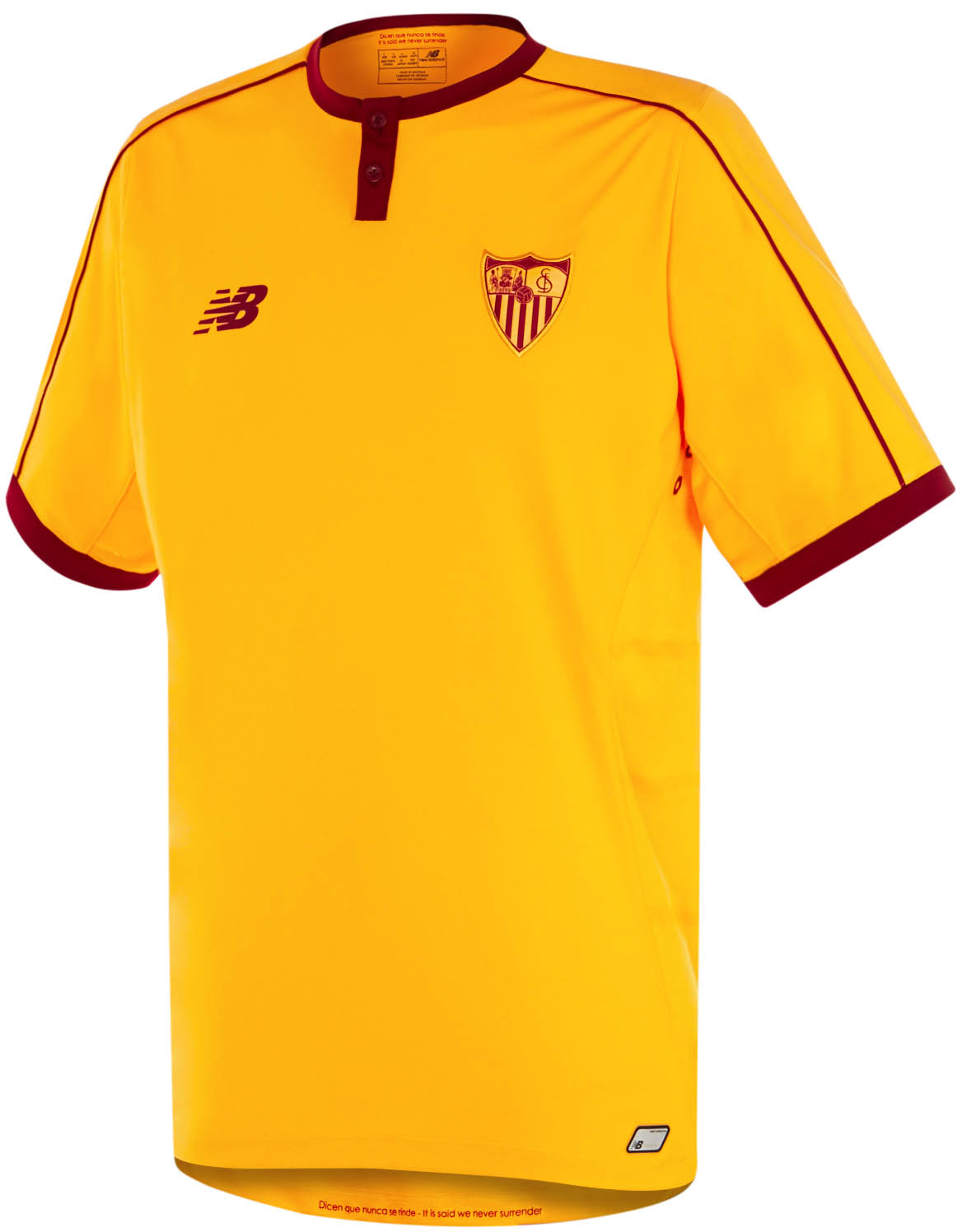 Inspired by the region’s fame with citrus fruit, the Sevilla third shirt is predominantly orange.

The shirt’s trim is red, similar in colour to the flesh of the Blood Orange, continuing the theme throughout the kit’s design.

A round neck collar ends with a two-button neckline, all in red. From the collar to the sleeve cuffs is a shoulder panel, given a guard of honour on its journey by red piping on either side. The cuffs are blood-red, as the manufacturer’s logo and club badge. 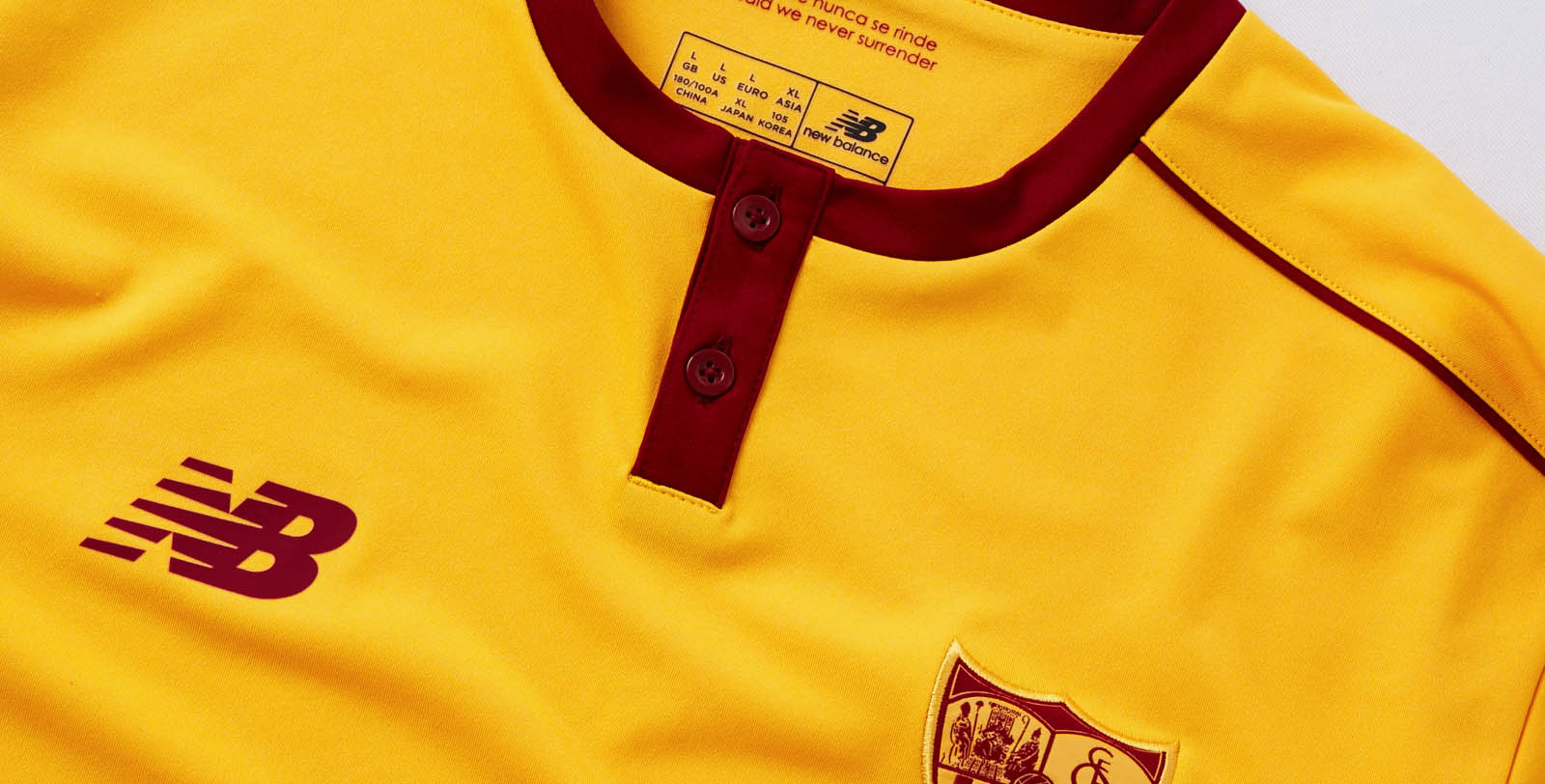 It’s a vibrant colour scheme from manufacturer and club, one which will surely catch the eye in La Liga and the Champions League.