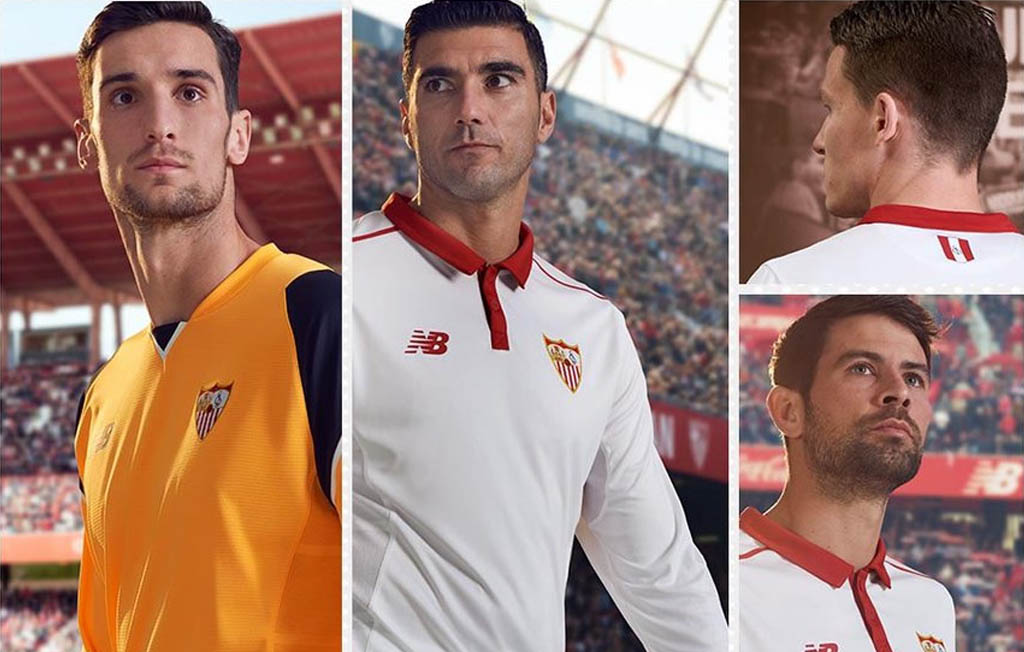 Just days after they paraded their kit for the upcoming Copa del Rey final against Barcelona, Sevilla have launched their 2016/17 home kit.

New Balance have kept next season’s kit simple and traditional. The shirt is all-white with red trim across the shoulders and a polo-style collar with buttons. With red cuffs on each sleeve, Sevilla‘s 2016/17 home kit has a traditional quality which will be much-favoured among the support. 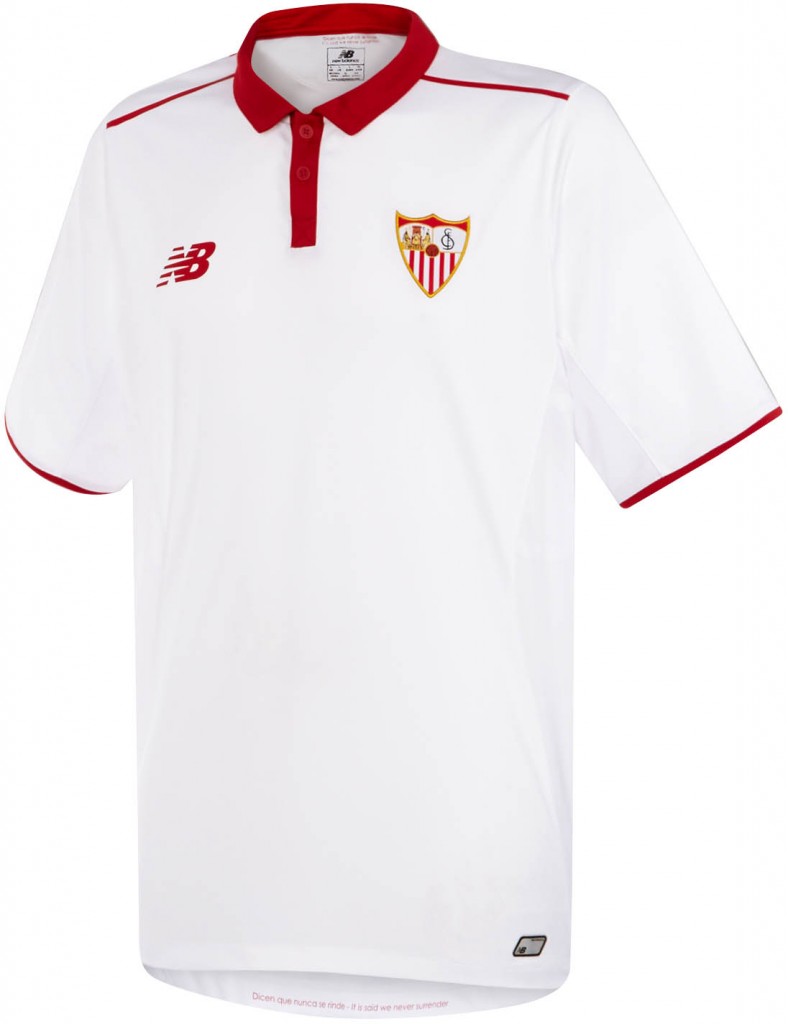 The motto “Dicen que nunca se rinde – It is said we never surrender” is printed at the bottom of the back, on the inside. It’s something the supporters will be hoping the players remember in tomorrow’s Europa League final against Liverpool in Basle.

At the top of the back, under the collar, is a small crest with “SFC” interwoven in one facet of the club’s crest in the red and white stripes. 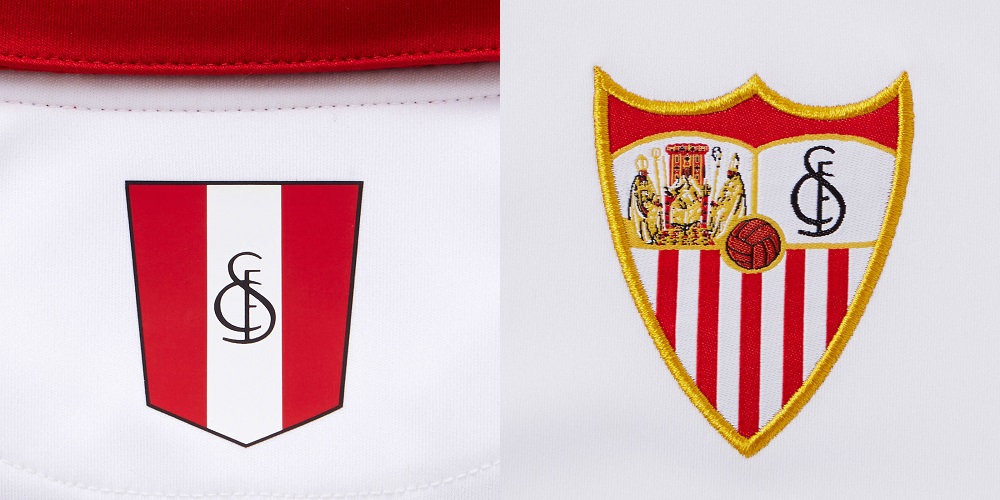 The kit is completed with white shorts and black socks and New Balance have kept faithful to Sevilla’s history in their simple design. 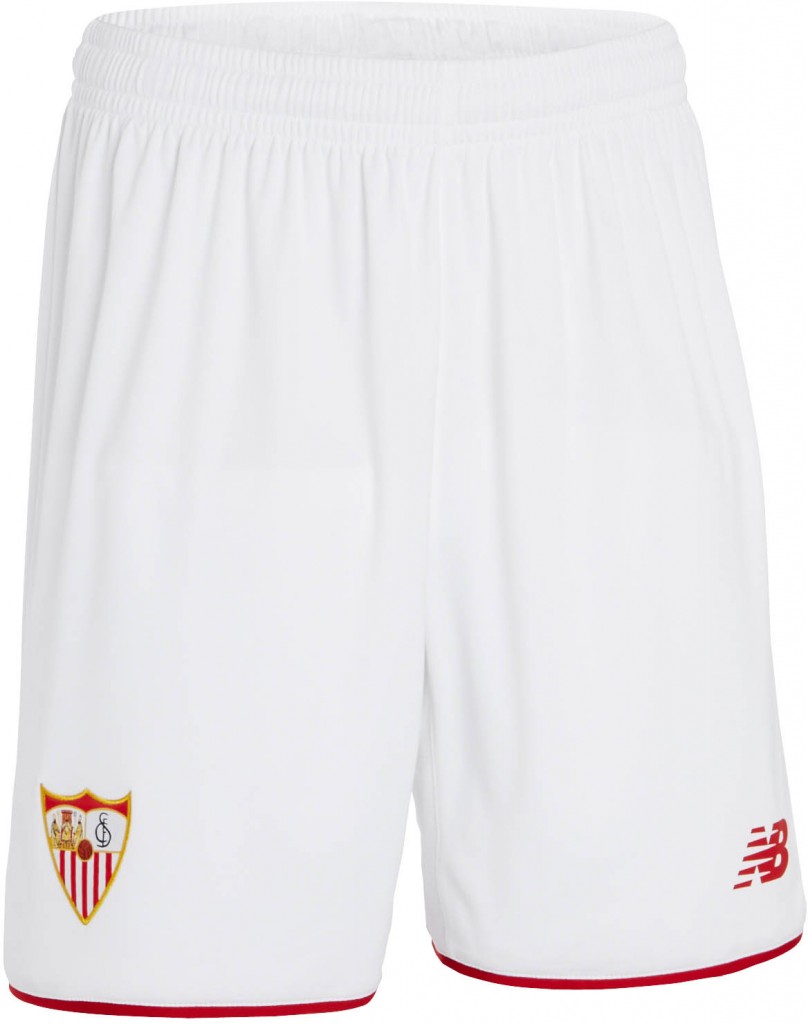 Sevilla’s launch was completed with the 2016/17 goalkeeper kit. 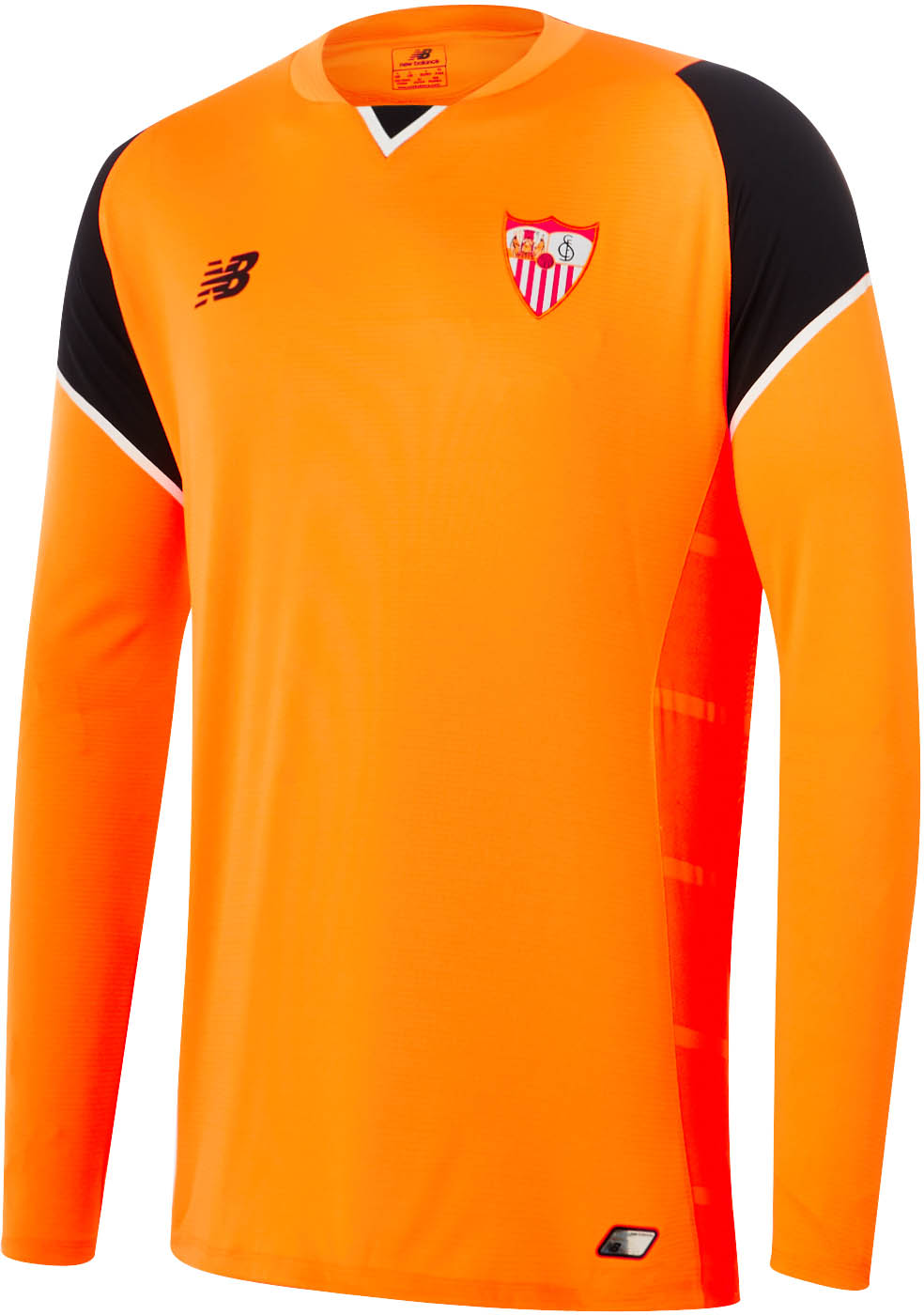 The all-orange affair is certainly vivid! With black shoulder panels and filled ‘v’ on the collar completed by white trim, it’s definitely going to get noticed. 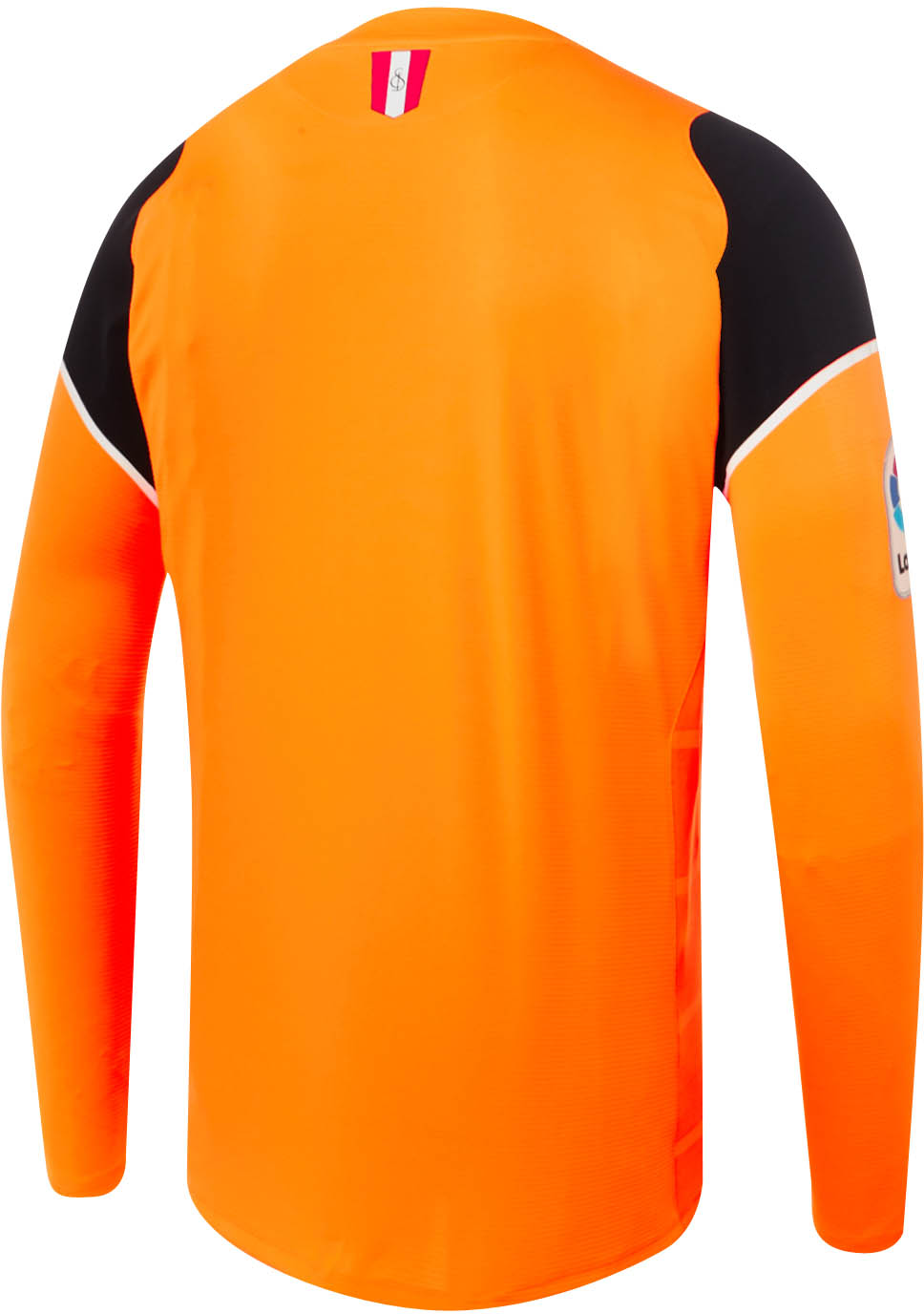