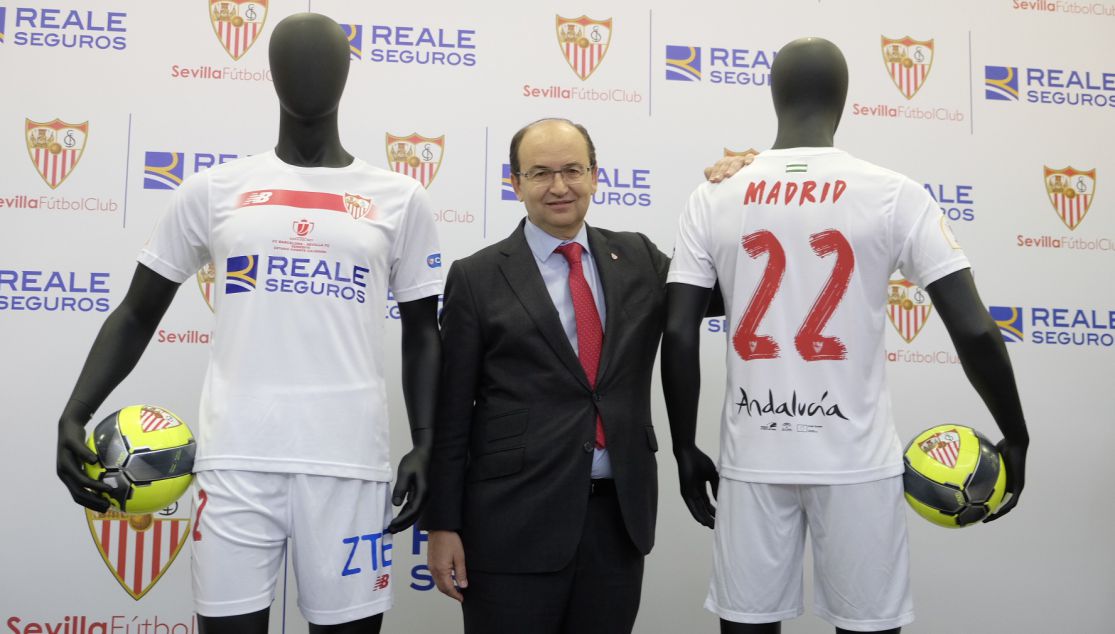 Sevilla yesterday released their kit which they will wear in the 2016 Copa Del Rey final against Barcelona. President Jose Castro announced that “With this shirt, we will fight for our sixth cup. And once again, we be representing Andalusia, faithful to our philosophy to Sevilliano in Andalusia, Andalusia in Spain and Spanish in the world.”

The kit, manufactured by New Balance, is all-white save for the horizontal red bar across the chest housing the supplier logo and club crest. The ends of the bar fade into the white of the shirt, which bears a special badge to commemorate the final which takes place in the Estadio Vincente Calderon, home of Atletico Madrid. 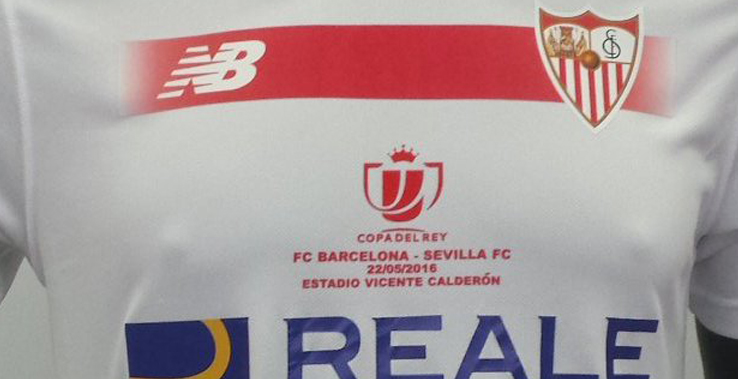 The logo of sponsors, Reale Seguro, adorns the front of the shirt whilst ZTE emblem appears on the right thigh of the shorts.

On the reverse of the shirt, regional pride shines through. The Andalusia Tourist Board accompany a unique brushwork font for the number – also containing the club crest – and player name whilst the flag of Andalusia sits below the collar.