Sevilla revealed their full 2017-18 kit range, consisting of home, away and third kits. It’s a new era for the Andalusian club, with Jorge Sampaoli calling time on his reign to take over as boss of the Argentine national team. Having built a dynasty with Chile, the Albiceleste are hoping he can inspire them to similar heights.

Former Celta Vigo boss, Eduardo Berizzo, took over and is reshaping his squad, including the sale of Vincente Iborra to Leicester City. 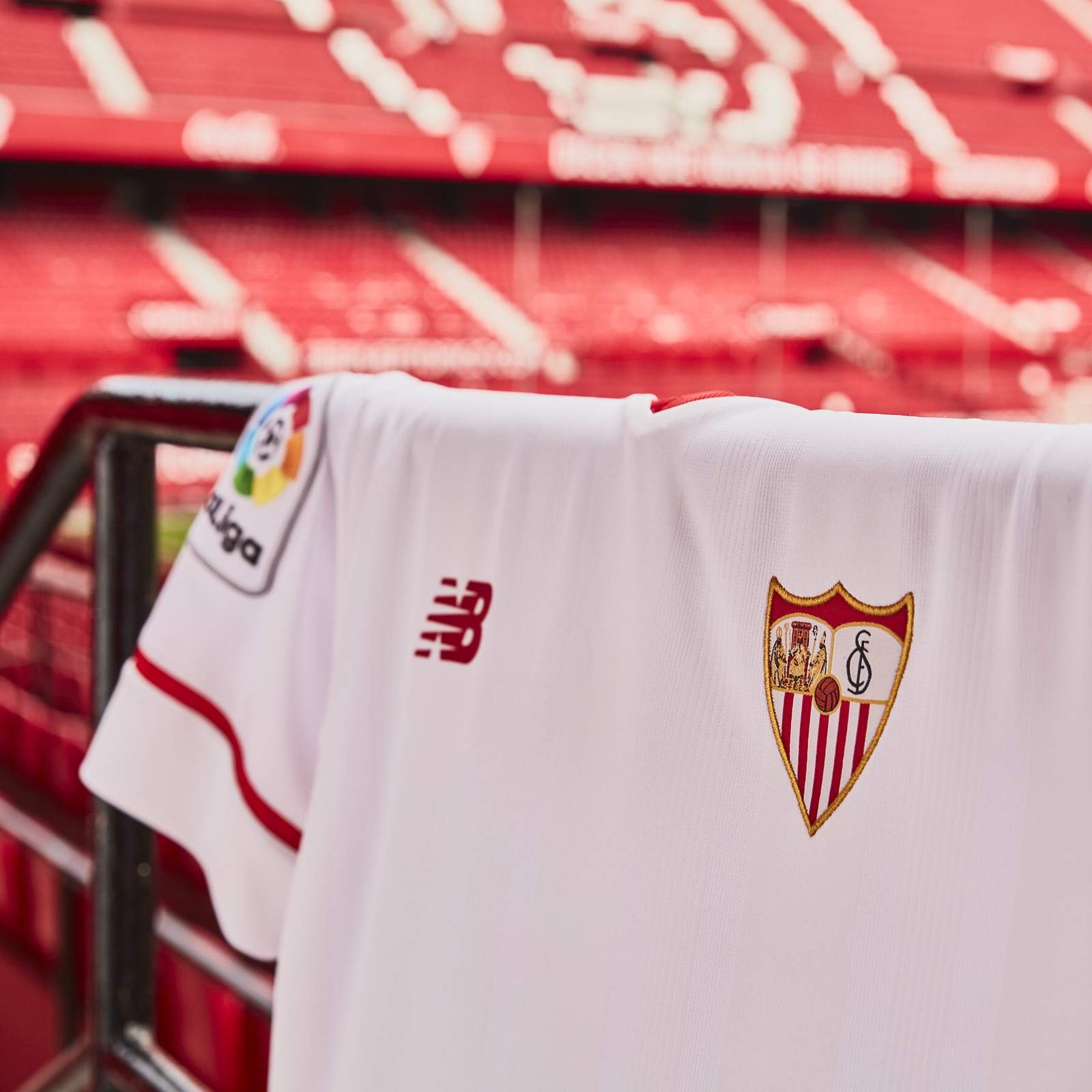 This year’s kit is a commemoration of the late Antonio Puerta. The 23-year-old tragically lost his life in August 2007 due to hereditary heart disease. 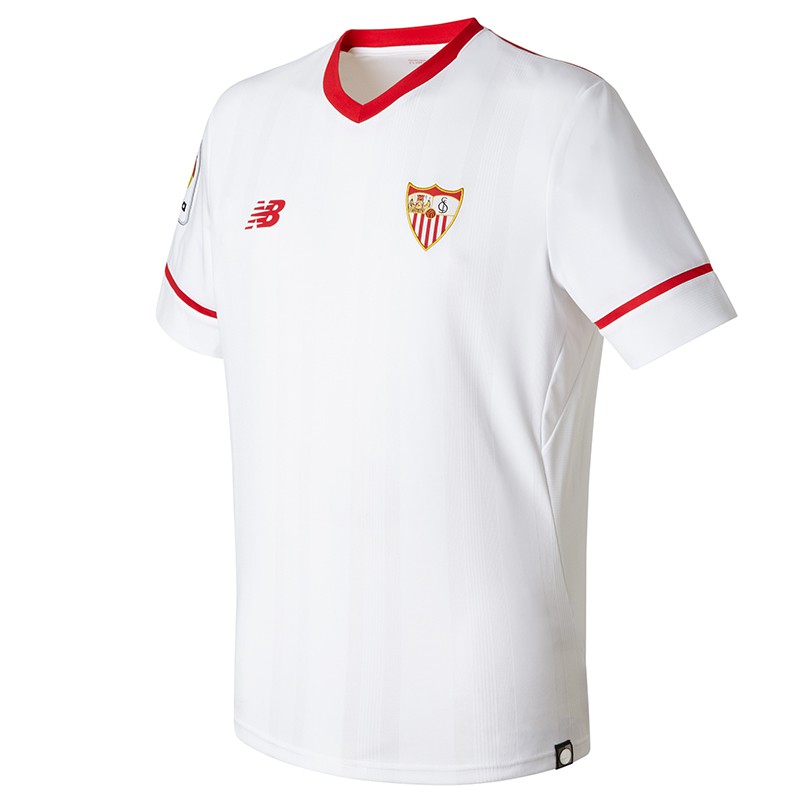 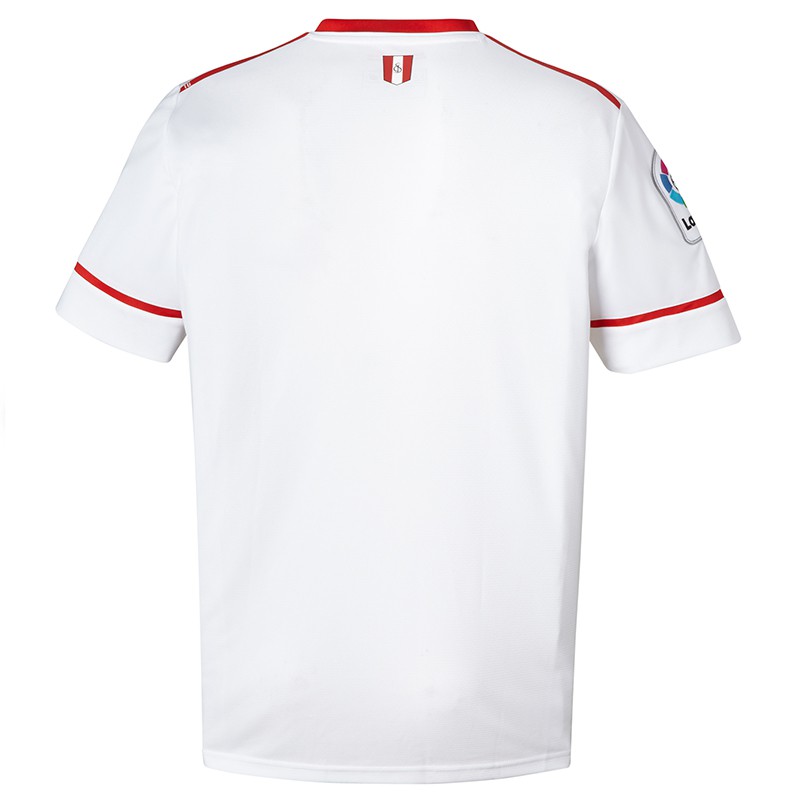 The collar is a red v-neck while the sleeve cuffs are white, featuring a thin red band above, while all logos and crests are similariy red.

Across the shoulders, a red band houses a tribute to Puerta in the form of the number 16 in white. This was his squad number at the time of his tragic death. 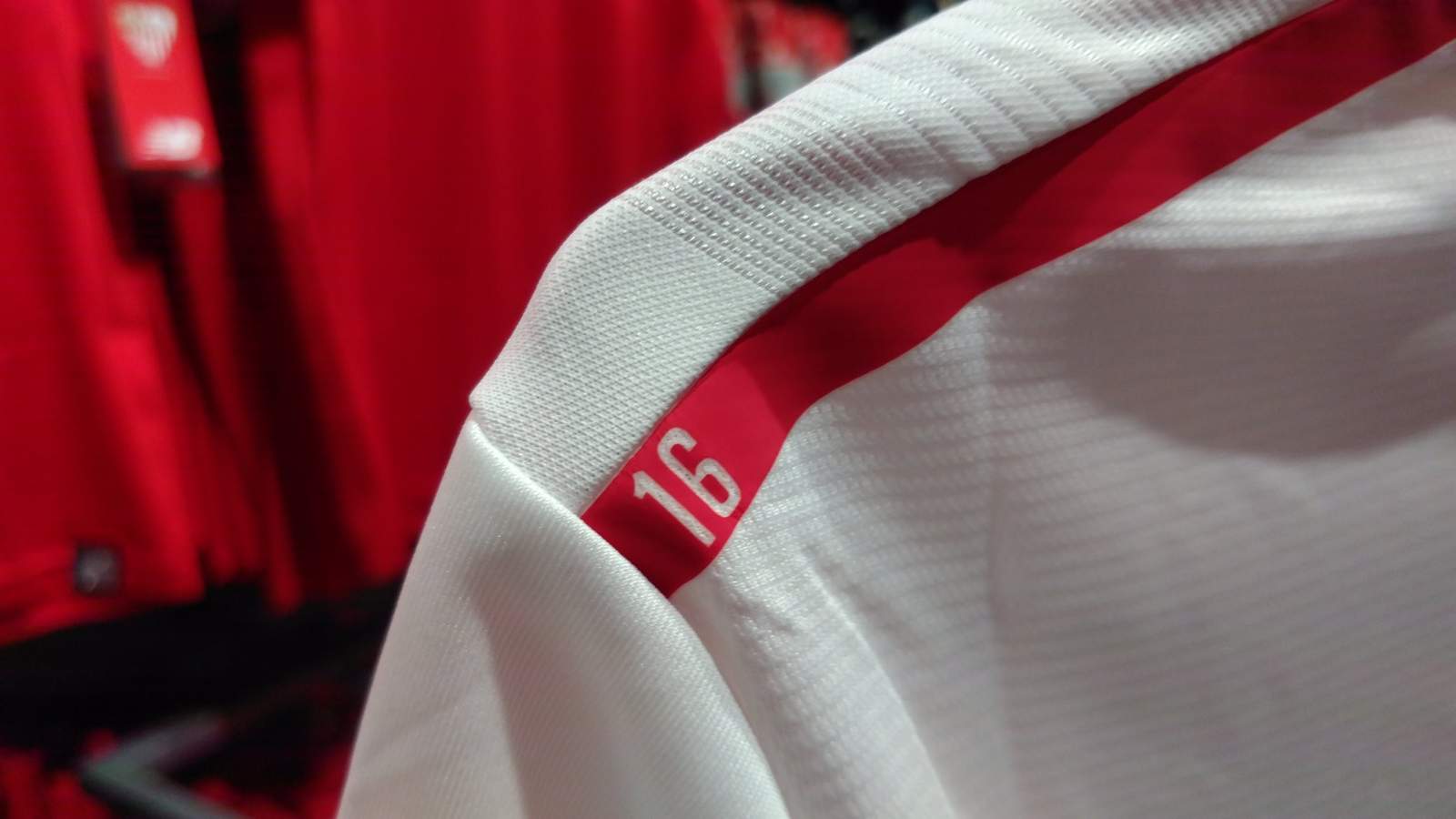 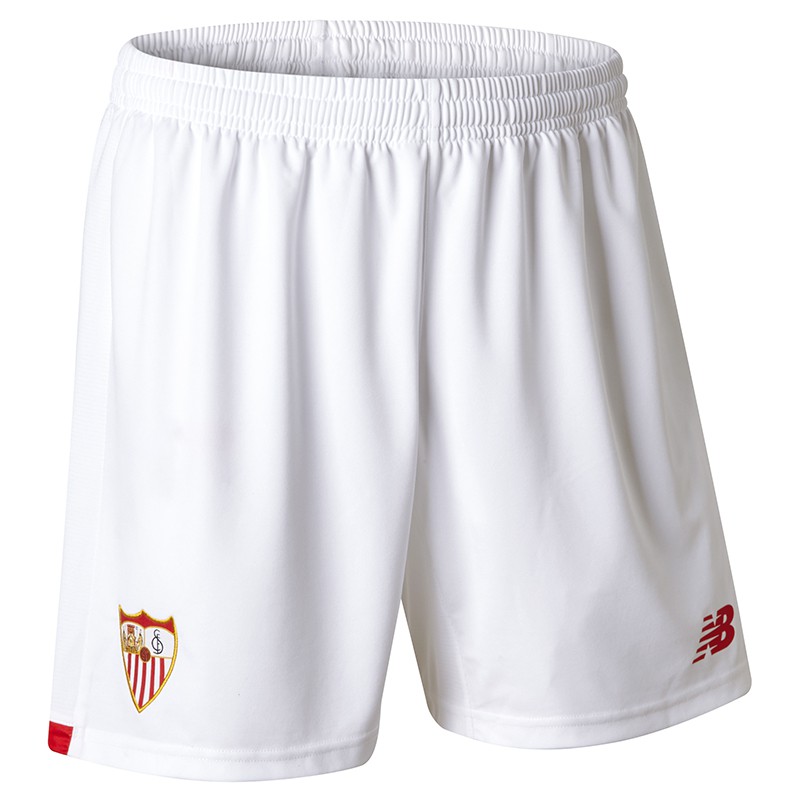 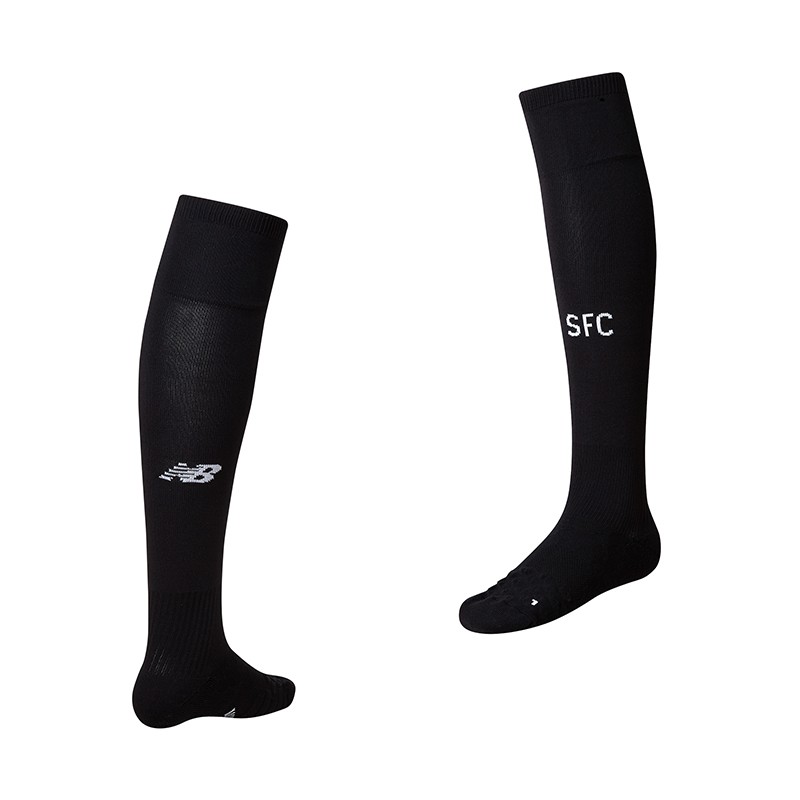 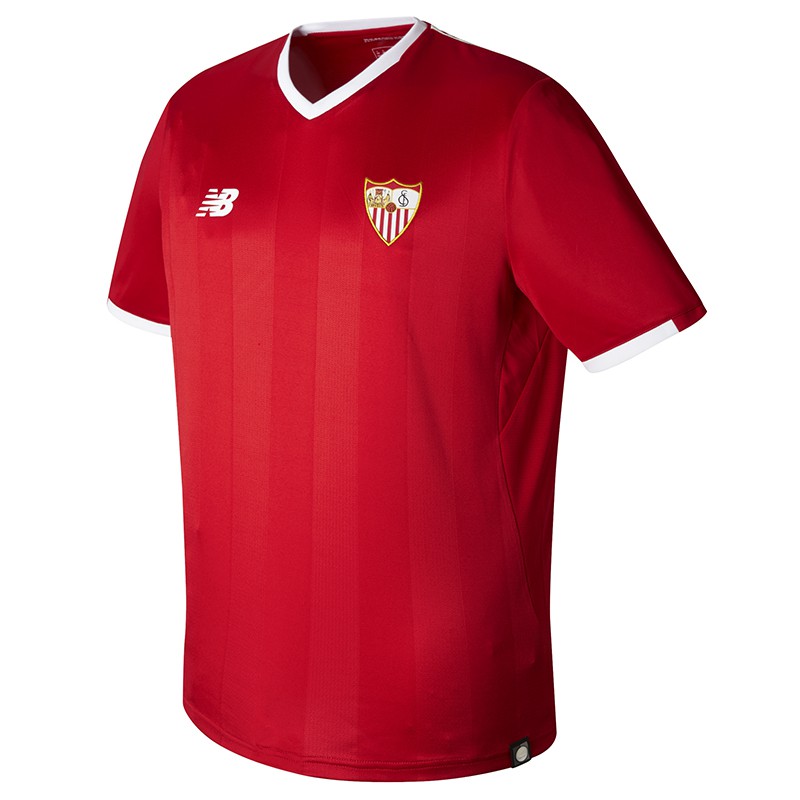 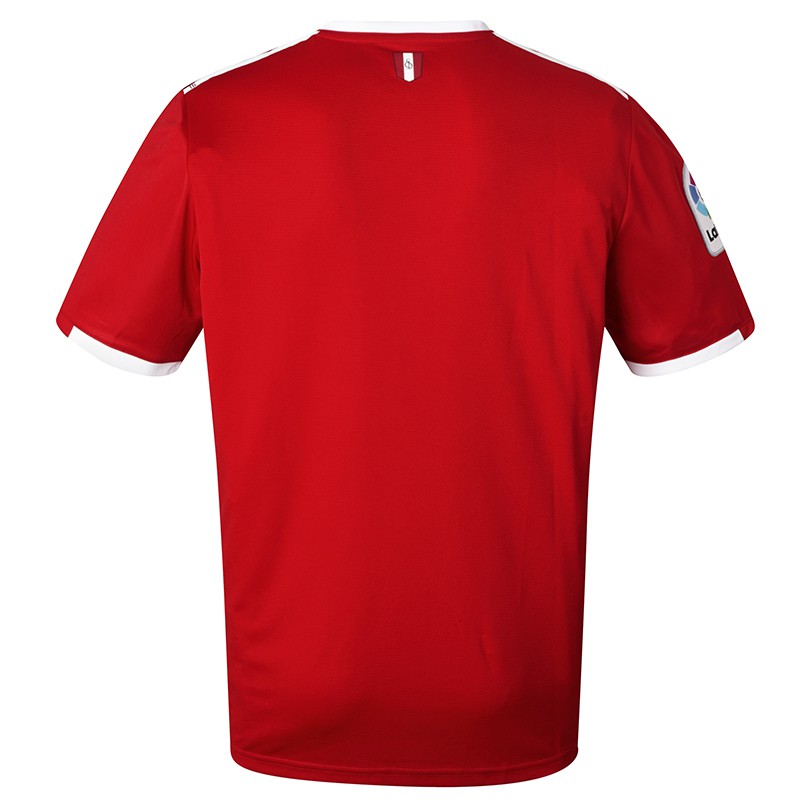 The template is the same for all three kits. This away shirt is red with tonal stripes down the body. White trim is the contrast in the form of the collar, cuffs and logos. 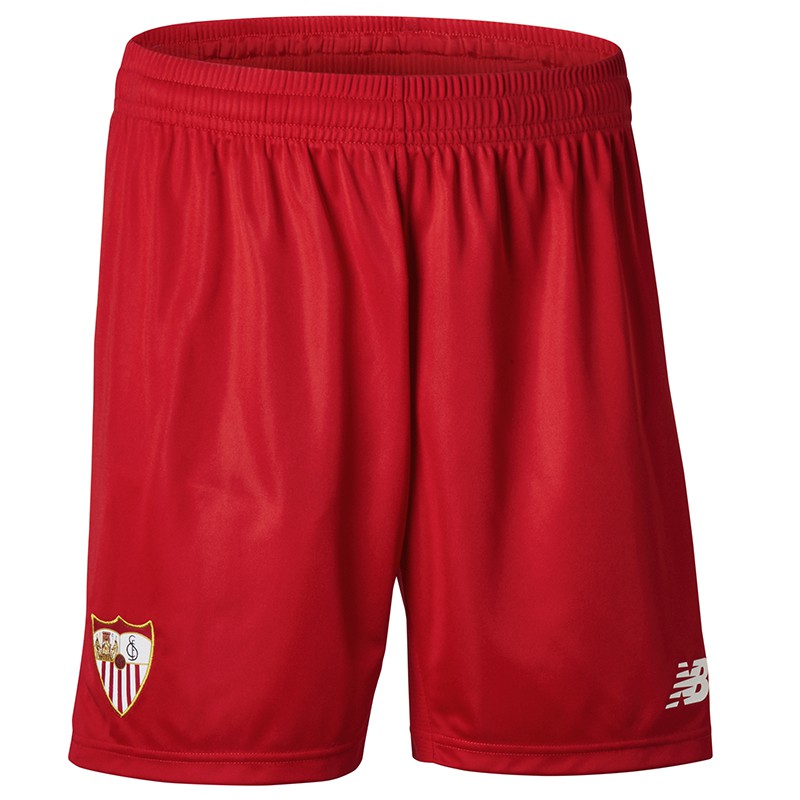 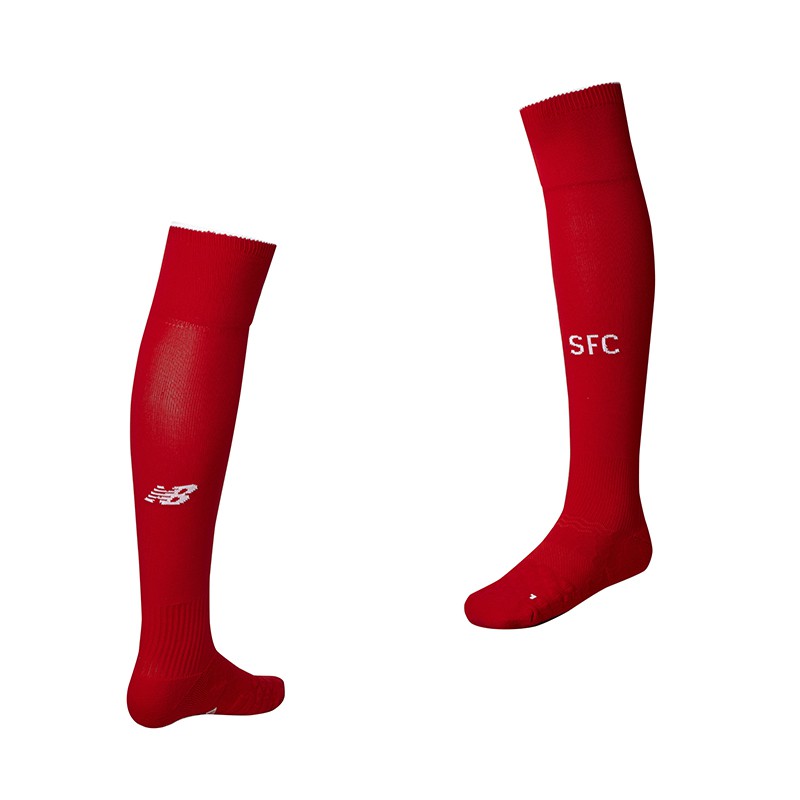 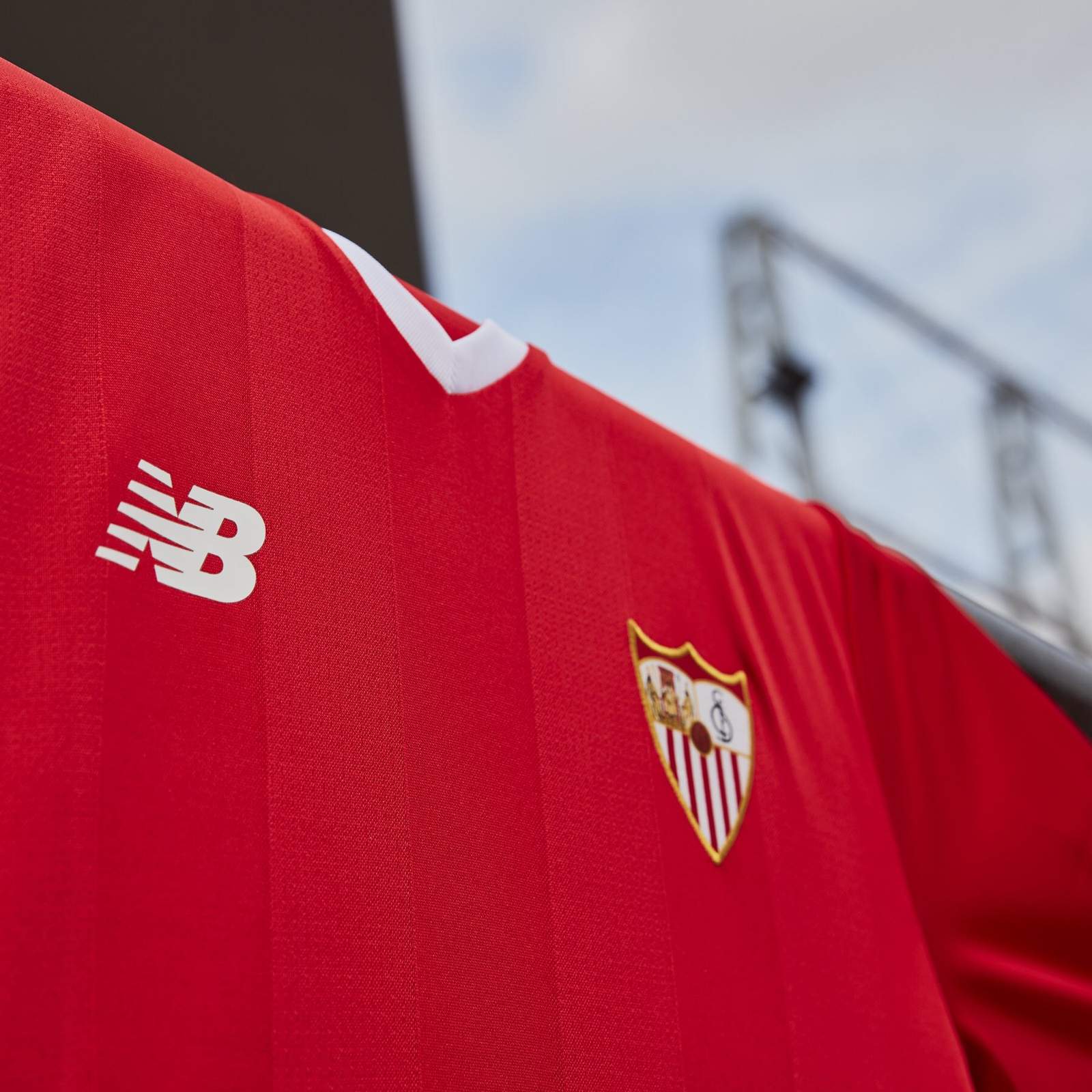 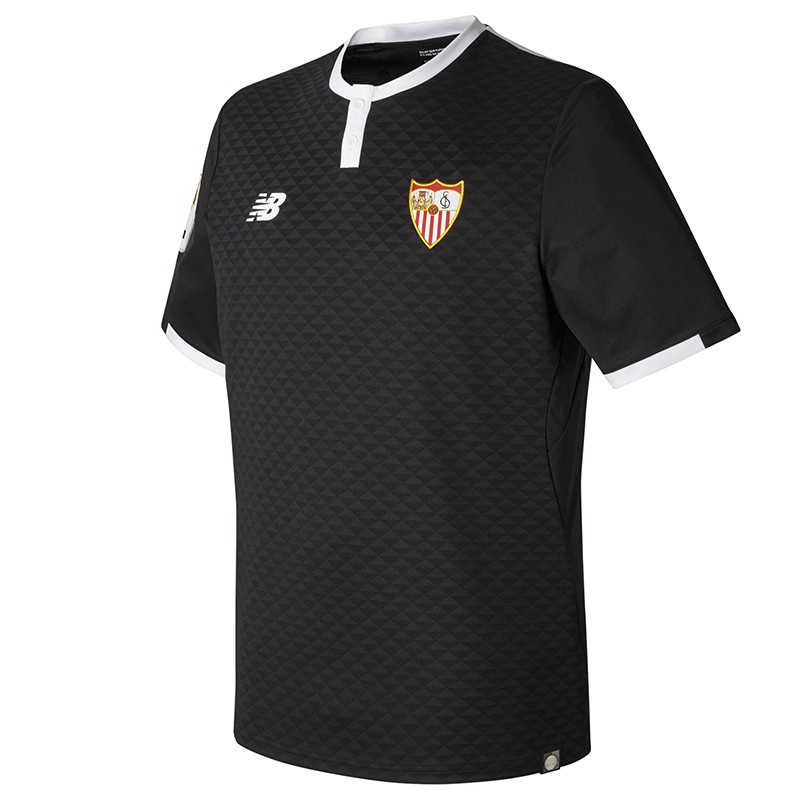 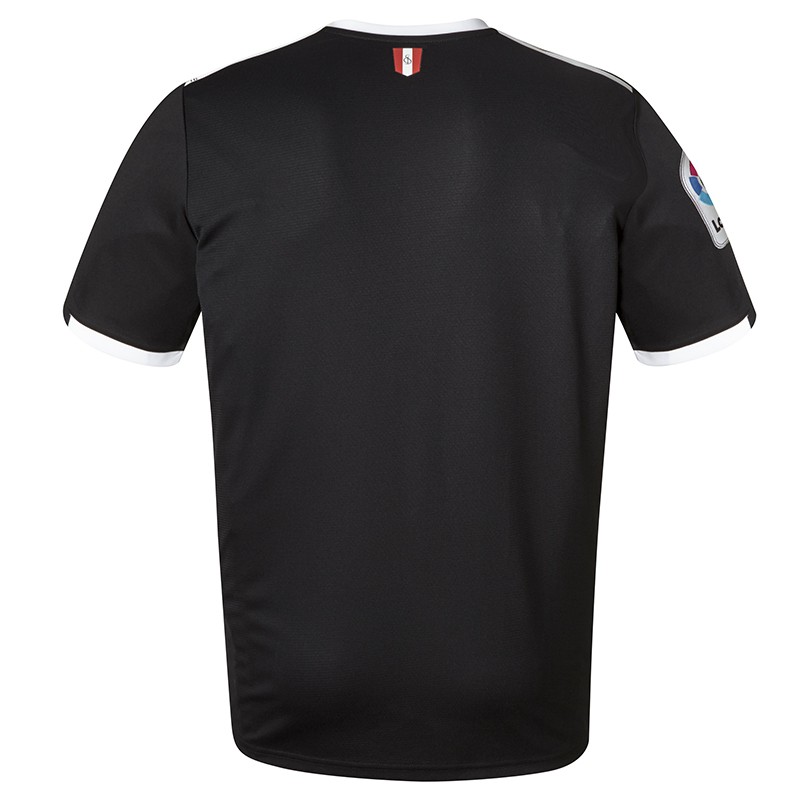 All black, the design is tweaked by the white y-neck collar. And a jacquard tonal print on the body. Other than that, they are the same. 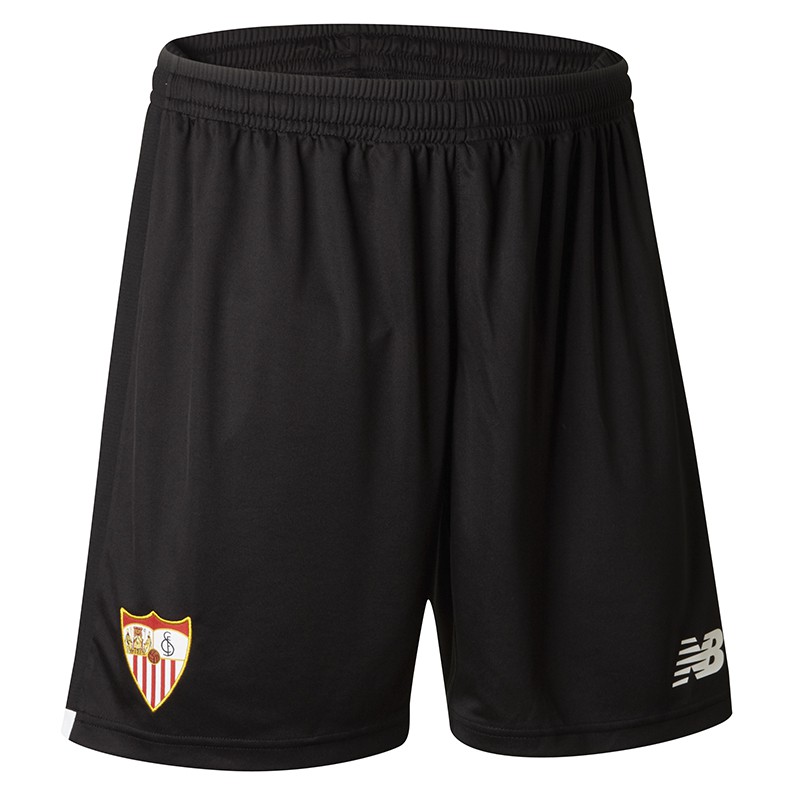 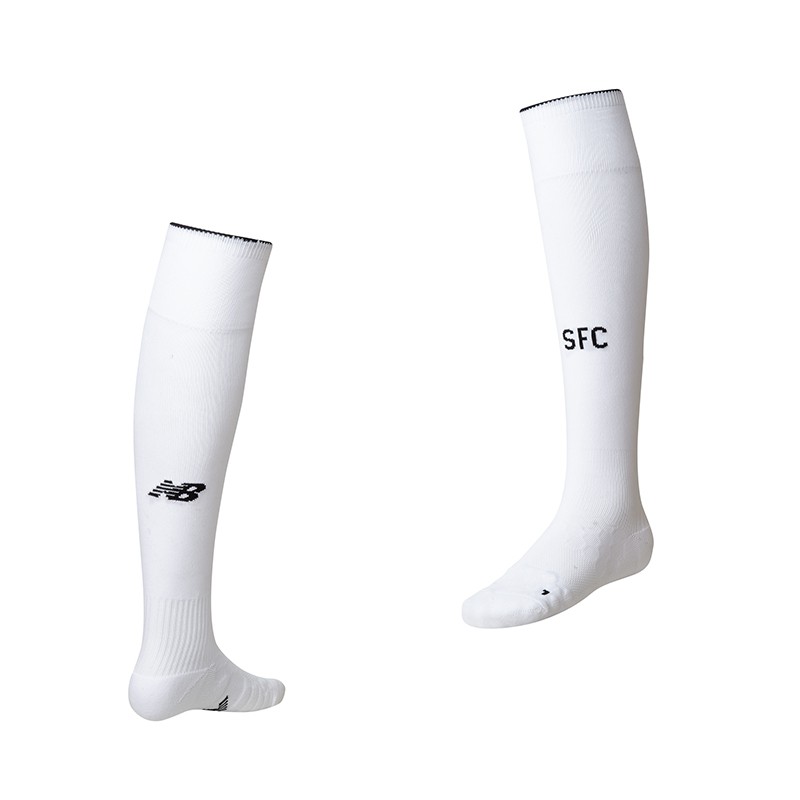 Finally, white socks offer the contrast to the shirt and shorts.