Barcelona followed up the release of their new home strip with the 2017/18 away kit. 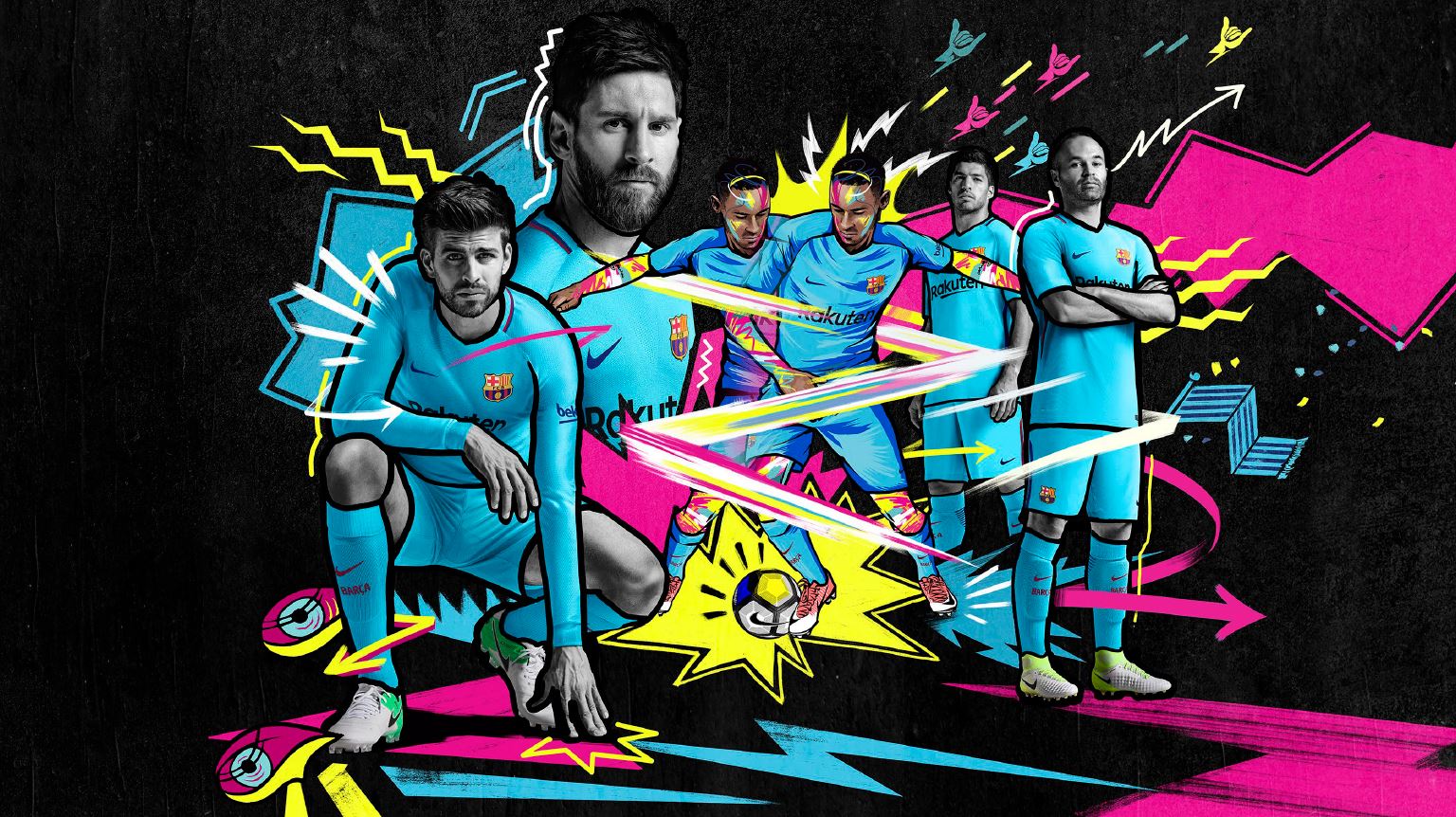 It’s been a quiet summer so far in the Catalan capital. Major signings are thin on the ground; non-existent in truth. Plenty of speculation; Marco Veratti and Hector Bellerin are both targets. While the Italian might leave PSG, there’s little chance of Arsenal selling their talented right back.

For new coach, Ernesto Valverde, it is a tough baptism. The Blaugrana are used to having things their own way but with Real Madrid ascendant at home and in Europe, they face stiff competition for the best players in the world. 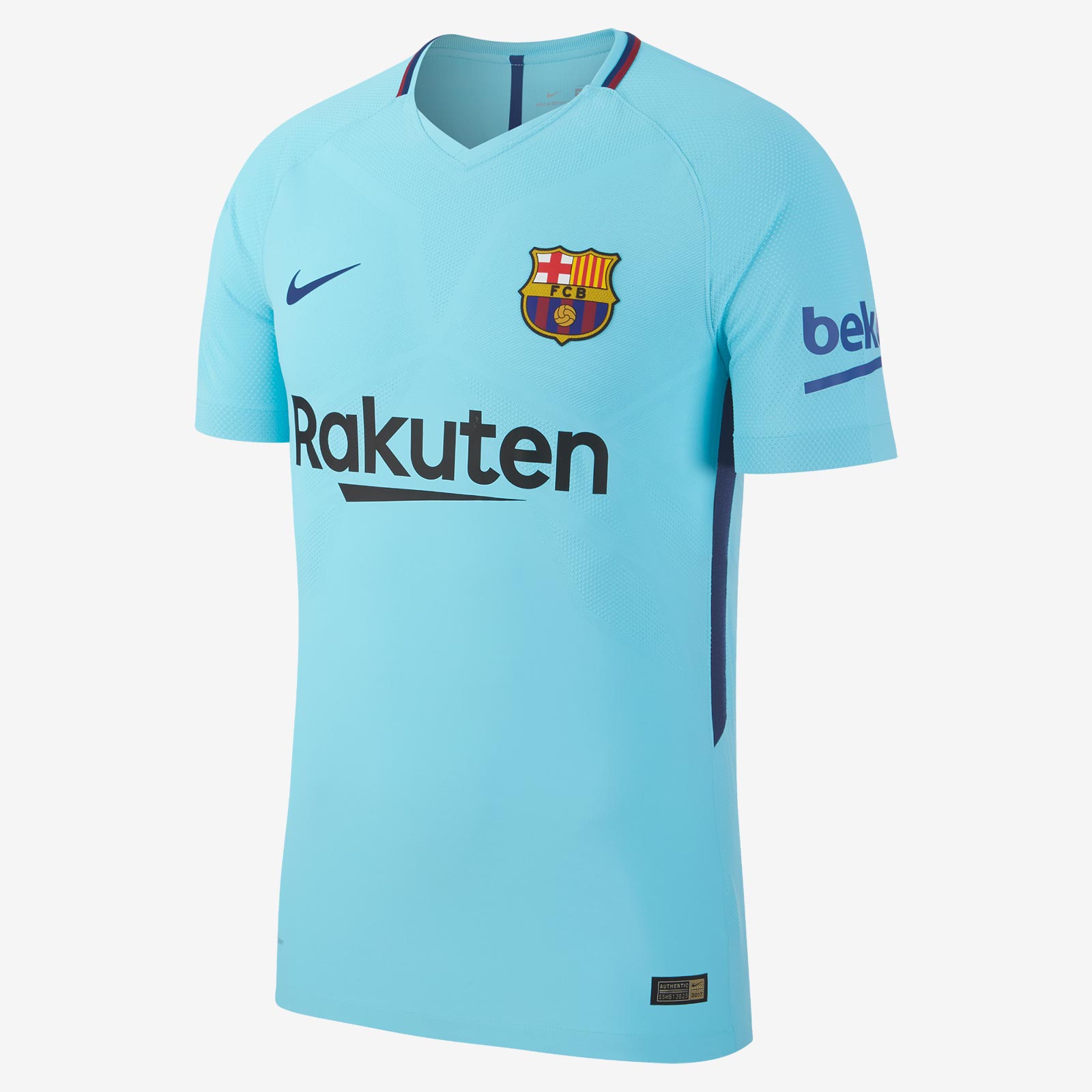 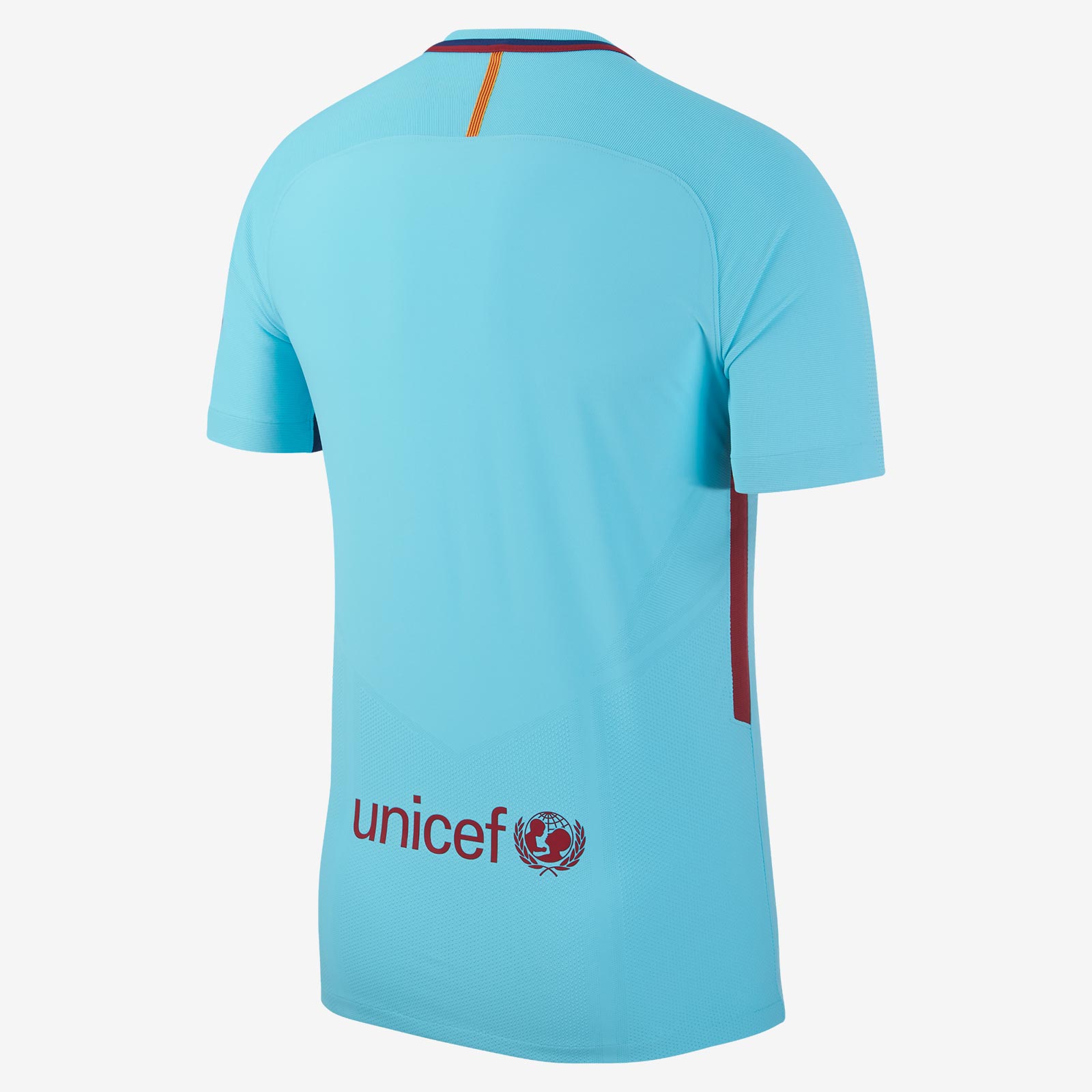 The home shirt features centrally placed stripes while this is plain sky blue. As with the home kit, the sides feature alternate red and blue panels. The collar has a blue and red band around the back.

Like the cuffs, the collar is plain sky blue above the band. 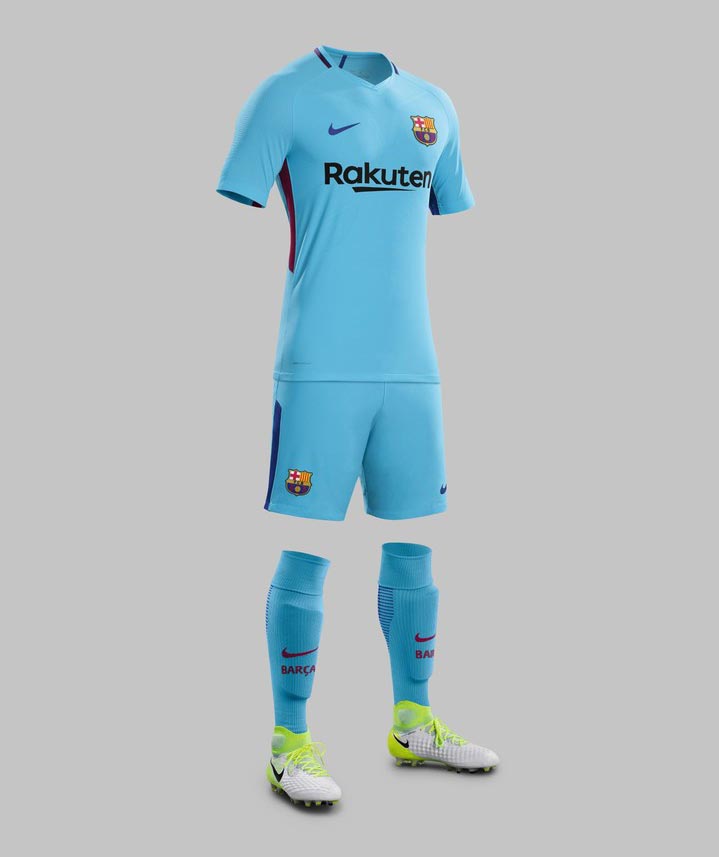 The shorts follow the design. Sky blue with side panels with just the club crest and Nike Swoosh for company.

It’s a simple yet classic look from Barca next season. One which it’s hard to find fault with.