Reduced to ten men following Martin Skrtel’s dismissal after 58 minutes, it seemed the Slovaks would hold on for a point. After Theo Walcott had a ‘goal’ wrongly ruled out for offside with just minutes to go, it seemed Sam Allardyce’s reign would get off to a scoreless start.

However, with the last kick of the ball, Adam Lallana drove home from the edge of the six-yard box via the goalkeeper’s leg to get the chewing gum chomping England boss three barely deserved points.

A little over two months ago, the two countries fought out a stalemate but today, Slovakia wore a new Nike kit having abruptly switched from Puma.

This is the Slovakia home kit for the current season: 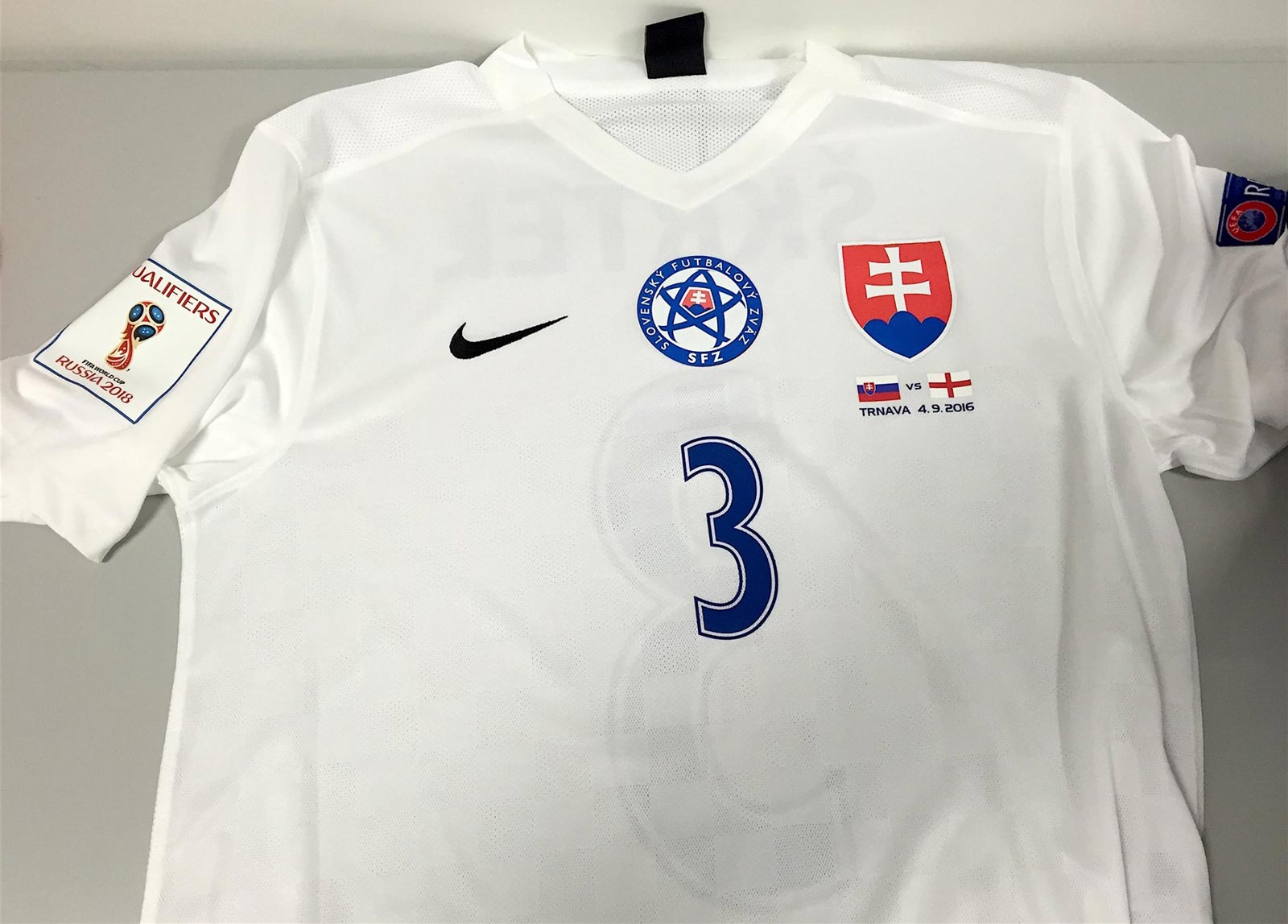 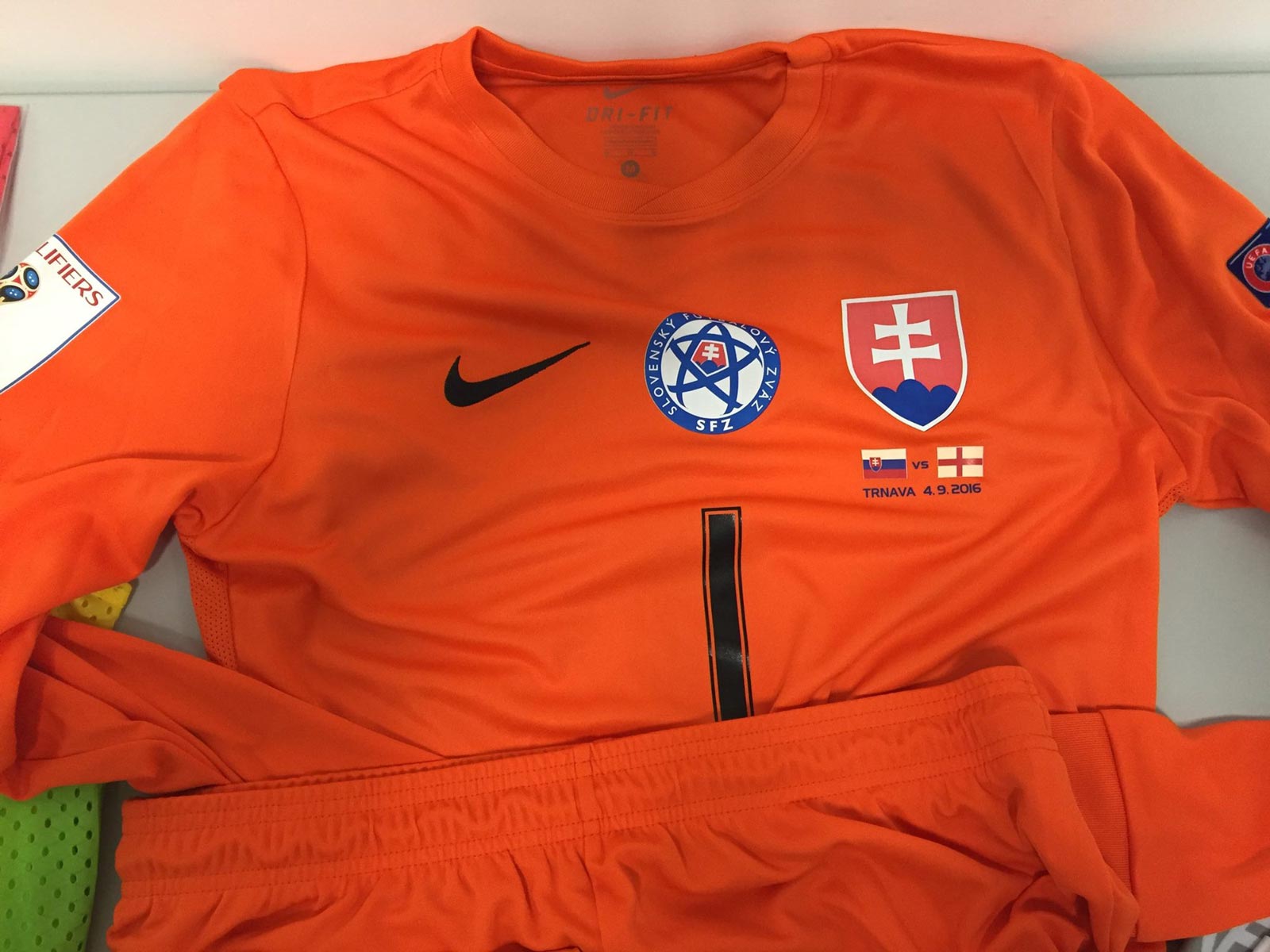 The outfield players wore an all-white kit with minimal trim. Nike’s logo was in black whilst the Slovak FA had their motifs in blue and red. Below the FA crest, the two nations flags with the date of the match, were embroidered.

The shorts as socks were plain white.

The goalkeeper kit is all orange, again with the crests and motifs in the same colour.

It’s a blank canvas from Nike, perhaps because it had to be put together in a rush. Whether patterning will be added to the design remains to be seen.