The Bright Stars made their international bow in 2011 and have appeared in several CECAFA (Council for East and Central Africa Football Associations) Cups, reaching the quarter-finals of the 2015 tournament.

The kits are manufactured by AMS Clothing, an Australian firm from Melbourne which specialises in supplying football ‘apparel’ to developing nations. The kit proceeds are shared in part with the partner associations, some of which are fully fledged members of FIFA whilst others are members of CONIFA, the Confederation of Independent Football Associations, is the football federation for all associations outside FIFA.

The official home shirt of the Bright Stars. 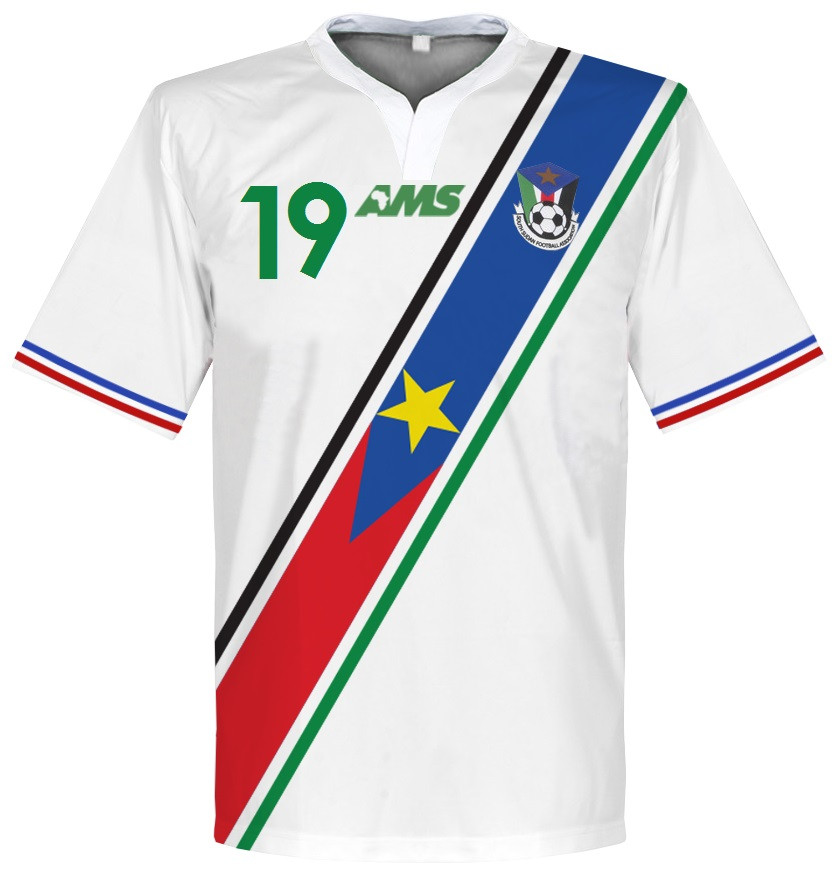 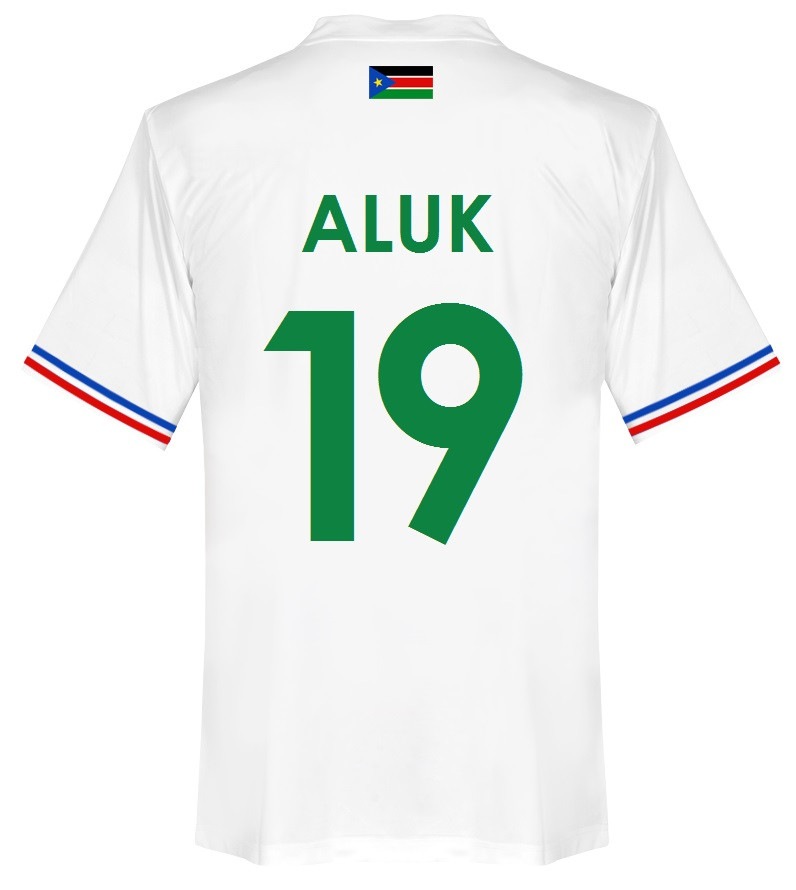 The white shirt features a sash, split between an upper half of blue and a lower half of red. An upper thin band of black and a lower band of green, completing the colours of the South Sudan flag.

This shirt is a limited edition, reflecting the first ever World Cup qualifying campaign which ended in a 1 – 5 aggregate defeat to Mauritania. The shirt bears the number 19, worn by striker Aluk Akech, who holds the dubious distinction of being the first South Sudanese player sent off in an international match.

The official away shirt of the South Sudan national football team. 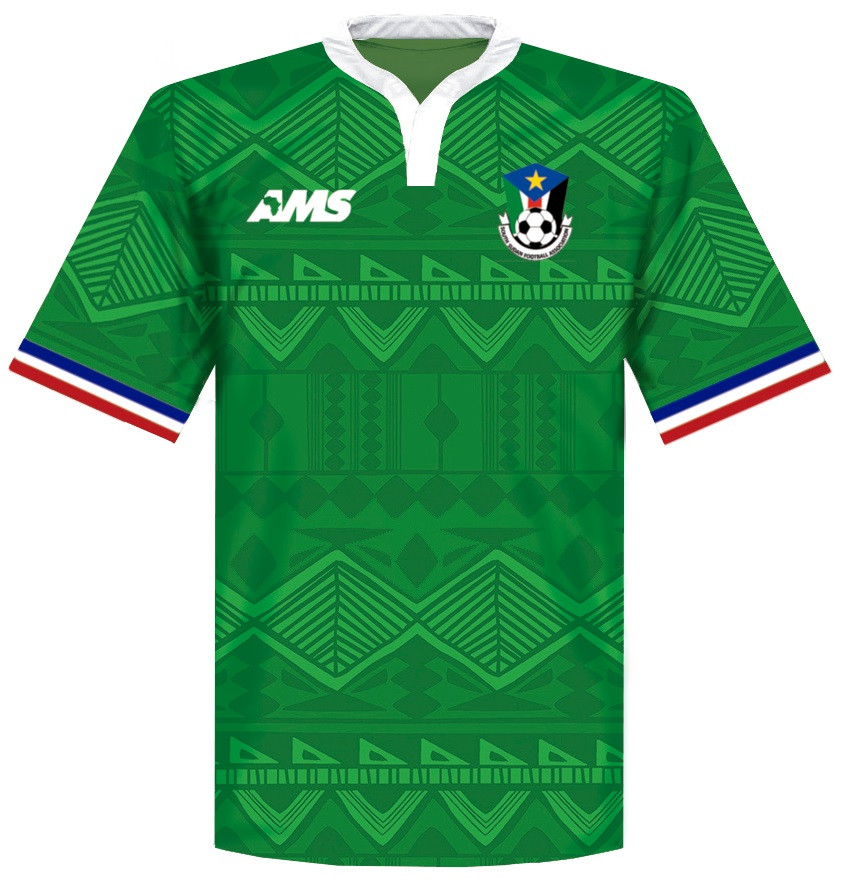 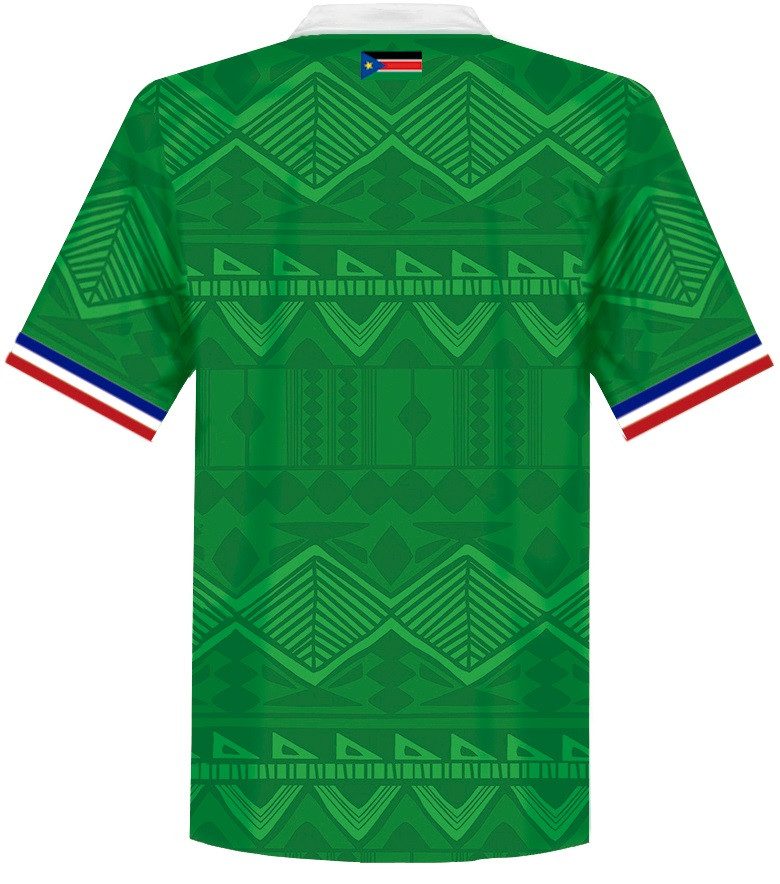 The green shirt uses the same template as the Darfur United shirt but the patterning this time is inspired, according to AMS, by the “lush landscape of South Sudan.

The trim is a white overlapping y-shaped collar and sleeve cuffs which are red, white and blue bands.