The Spanish FA – RFEF – teamed up with Adidas for the launch of a new range of training wear. The major item is a new Spain pre-match top, worn for the first time before the recent World Cup qualifier in Macedonia. 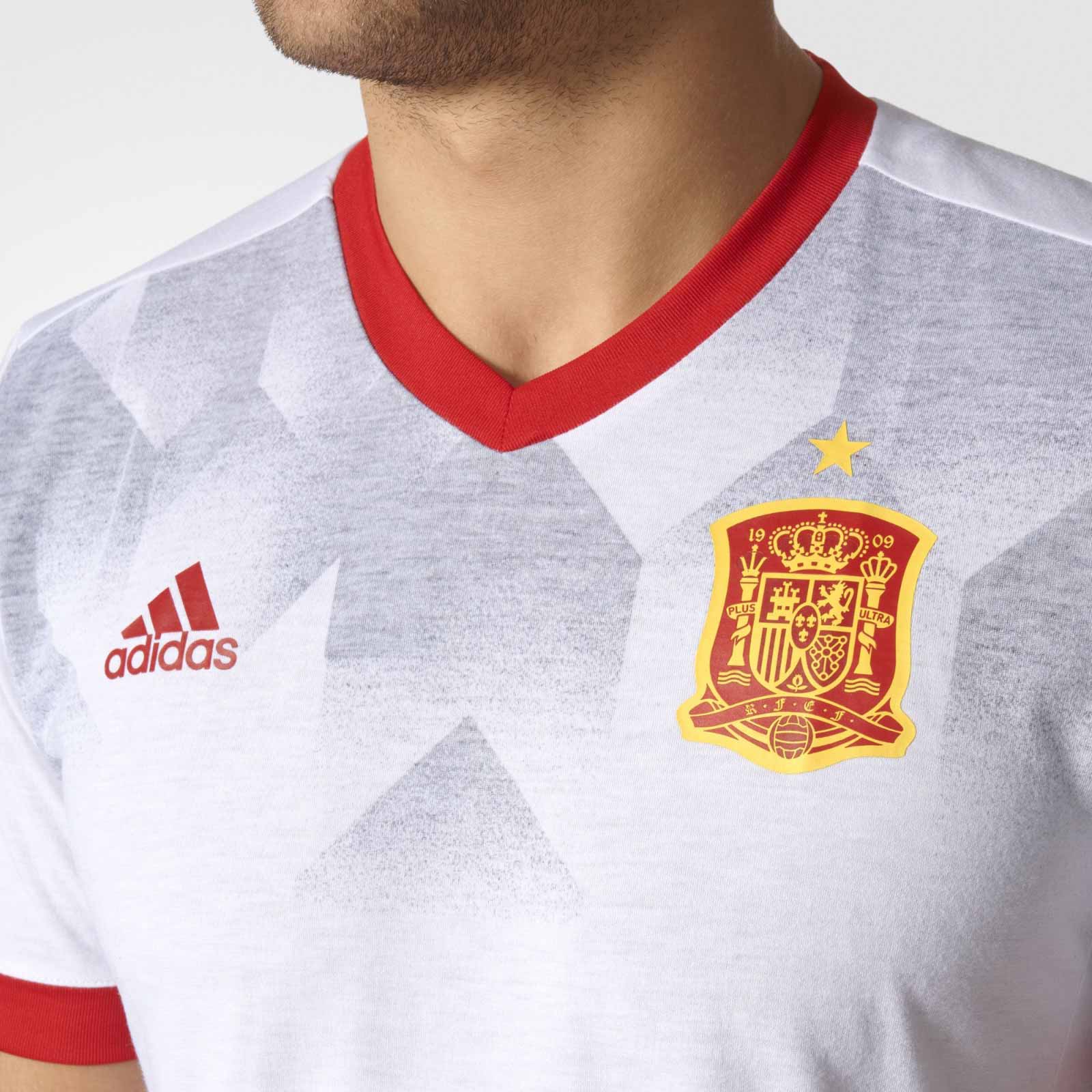 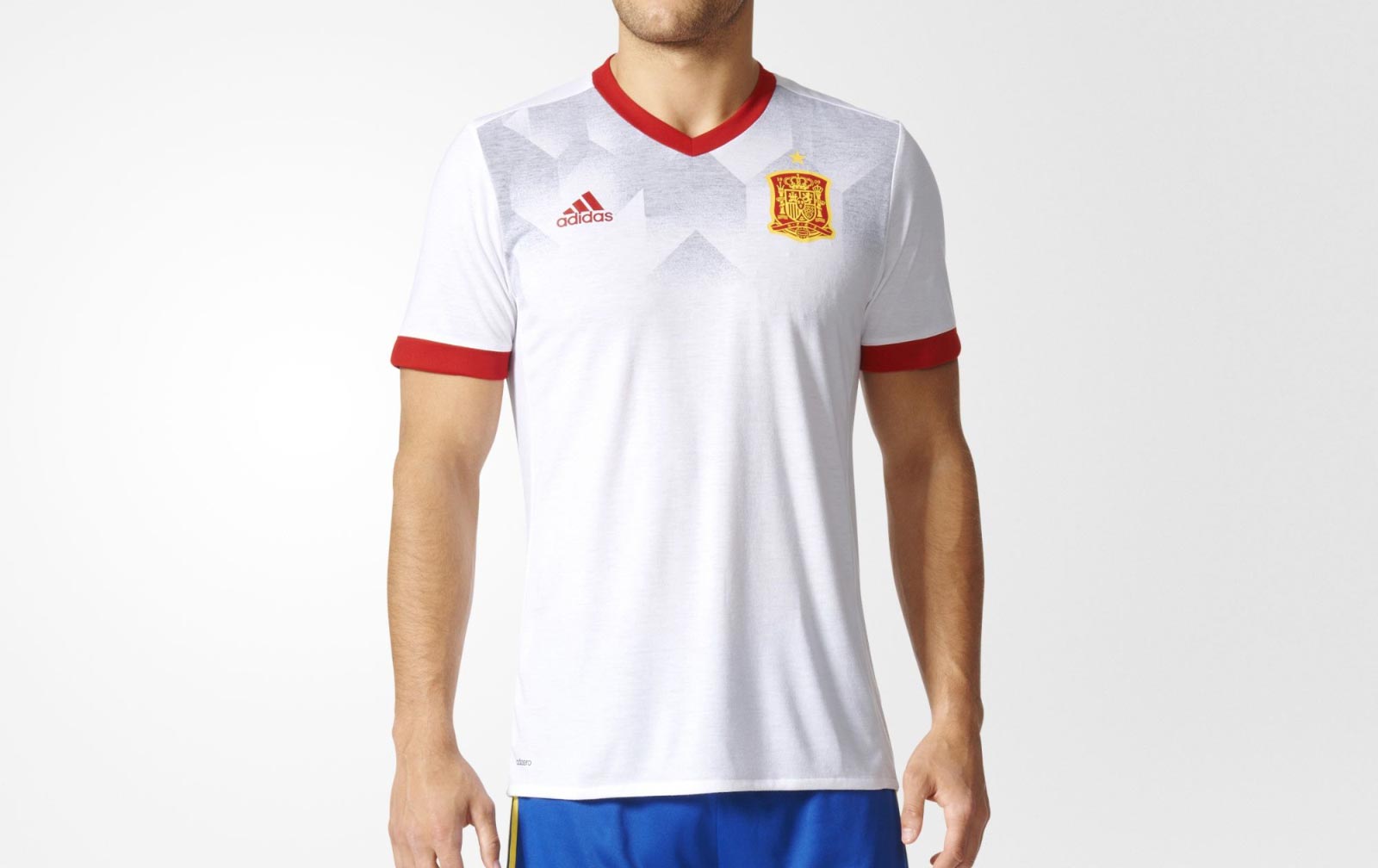 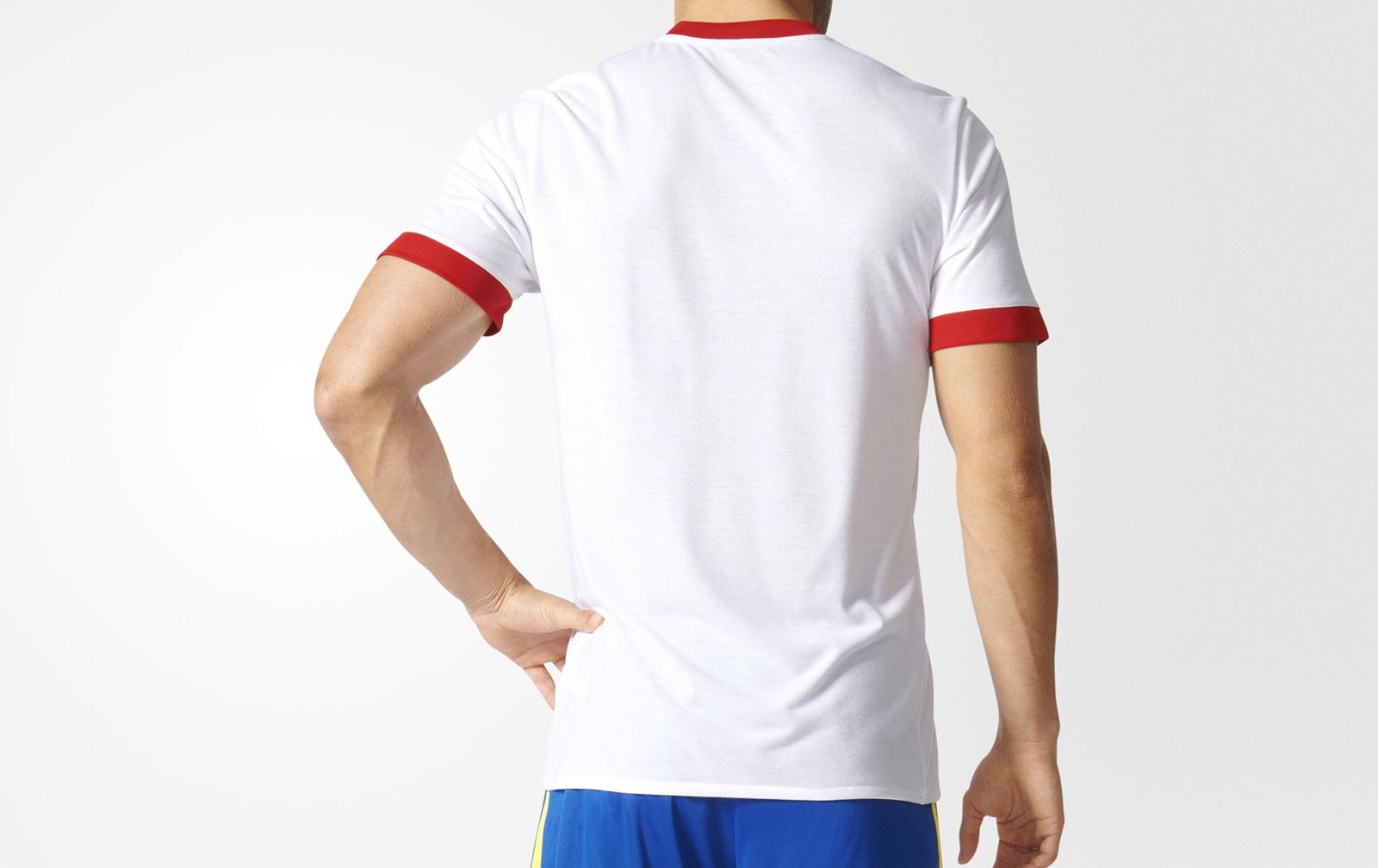 It’s a familiar template, the same as Germany’s new pre-match shirt. Spain has no new home kit to release until next summer but recently replaced the diabolical away kit used at Euro 2016.

The shirt features red trim while the same faded grey pattern as Germany use, covers the upper chest. Completing the design is a plain white back. The RFEF crest features on the left breast, screen printed in vivid red and yellow.

A retro feel emerges from the pattern, reminiscent of the football shirt designs of the 1980s.

Adidas omitted their customary Three Stripes, settling for a black logo on the right breast.

Finally, will Spain consider this a lucky shirt? The first match it was used ended in a 4 – 0 triumph with Nacho Monreal scoring from left back and Aritz Aduriz becoming the oldest goalscorer for the country in a full international!