Spain unveiled their new away kit for this season’s World Cup qualifiers. The new design will receive its first airing when the Spanish travel to Albania for next week’s game in Shkoder. 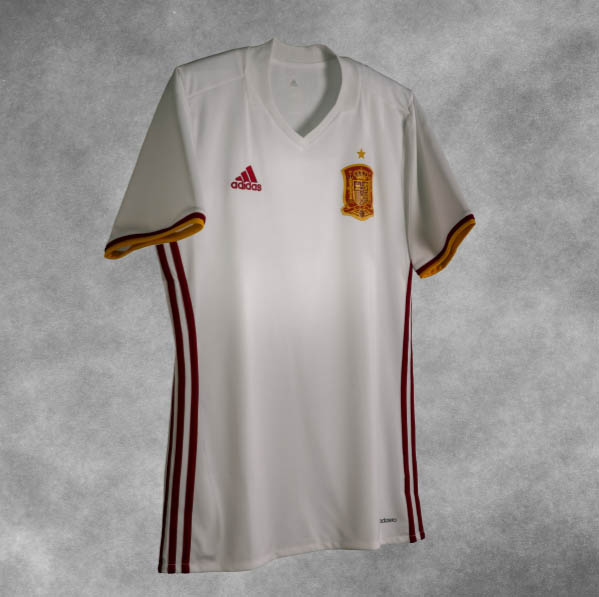 Like the Spaniards Euro 2016 campaign, the away kit devised for the championships in France last summer hasn’t lasted long. The design, you will recall, featured a red and yellow pattern across the left shoulder; it has passed into history, soon to be forgotten. Again just like the Euro 2016 campaign.

This time, Adidas has issued a straightforward shirt. Plain white on both front and back, the shirt features a curved v-neck collar with a white hem.

The cuffs feature red, yellow and blue bands whilst Adidas’ trademark Three Stripes run down each side of the body in blue. 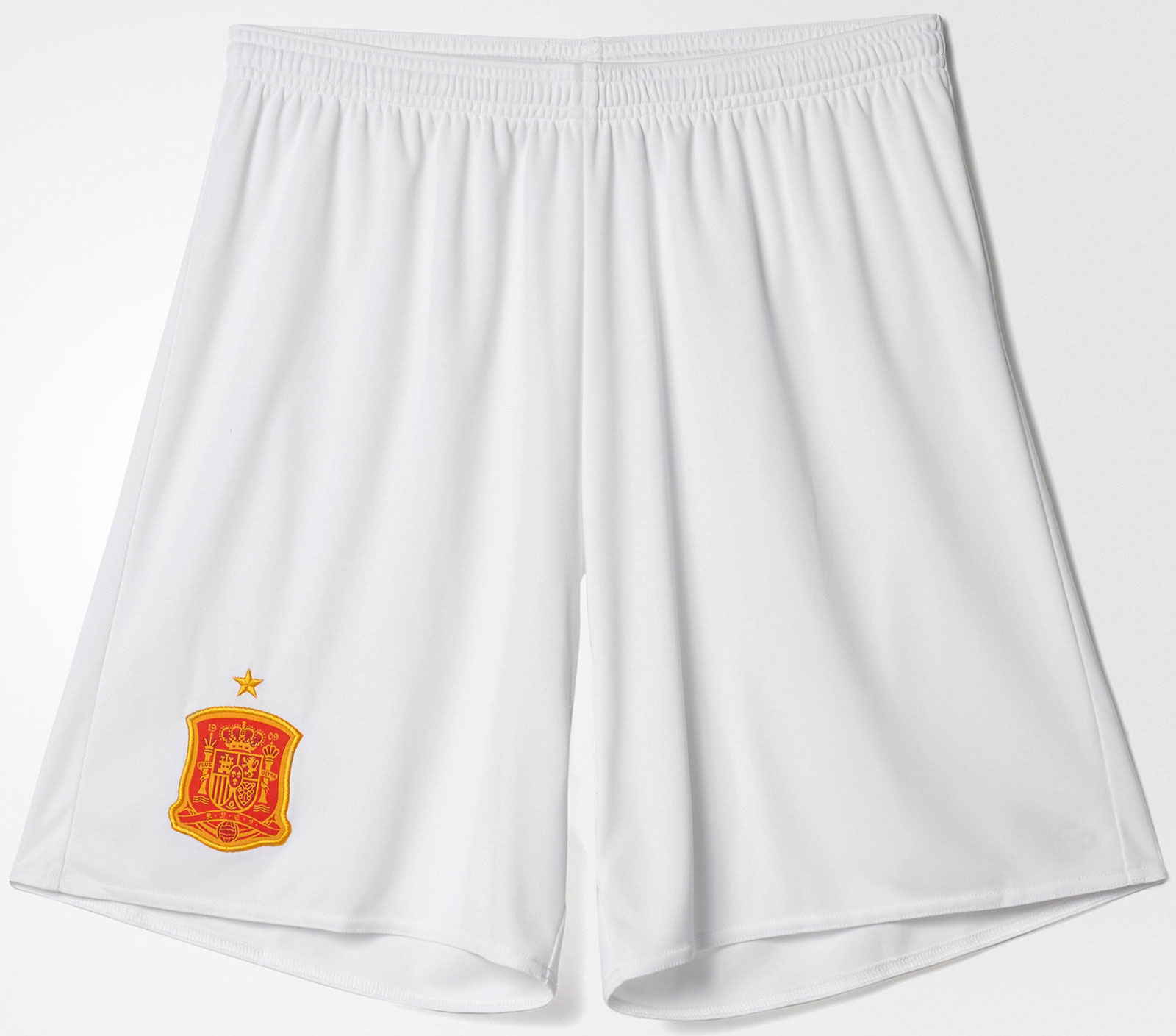 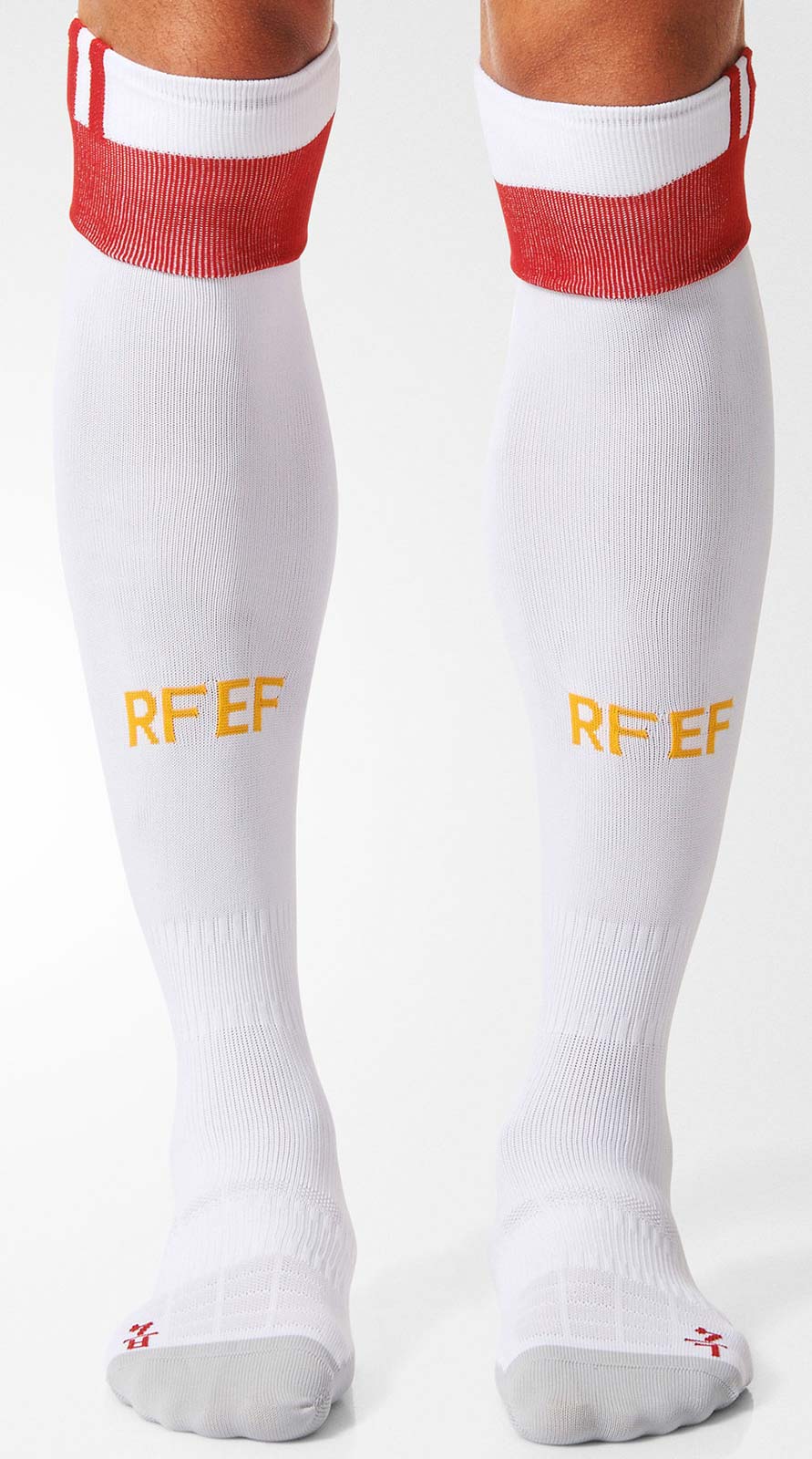 The shorts are white without trim beyond the RFEF crest in yellow and red, with a yellow star above signifying the nation’s World Cup final victory over the Netherlands in 2010. The socks feature the monogram RFEF on the shin in yellow with a thick red band on the turnover, accompanied by Three Stripes in red at the top.

The shorts and socks were those worn in Euro 2014.