Fresh from winning the Juliper League, Eredivisie newboys Sparta Rotterdam have released their 2016/17 home and away kits. 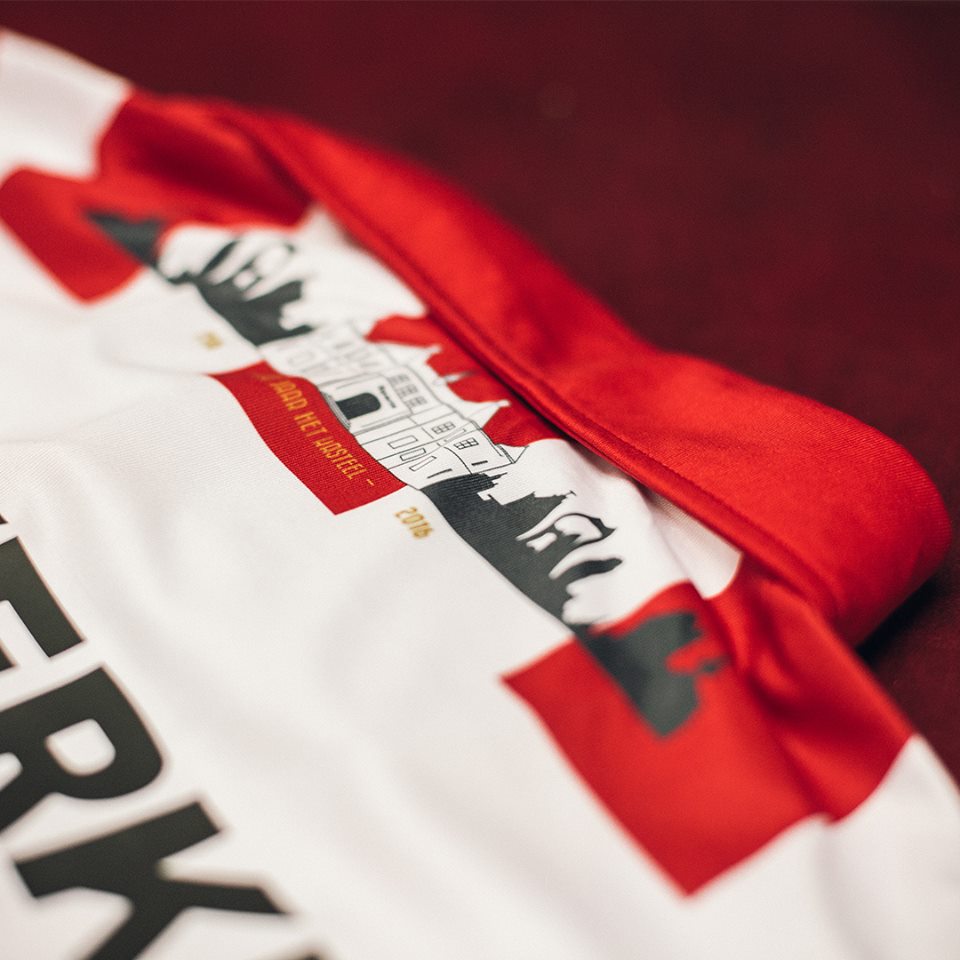 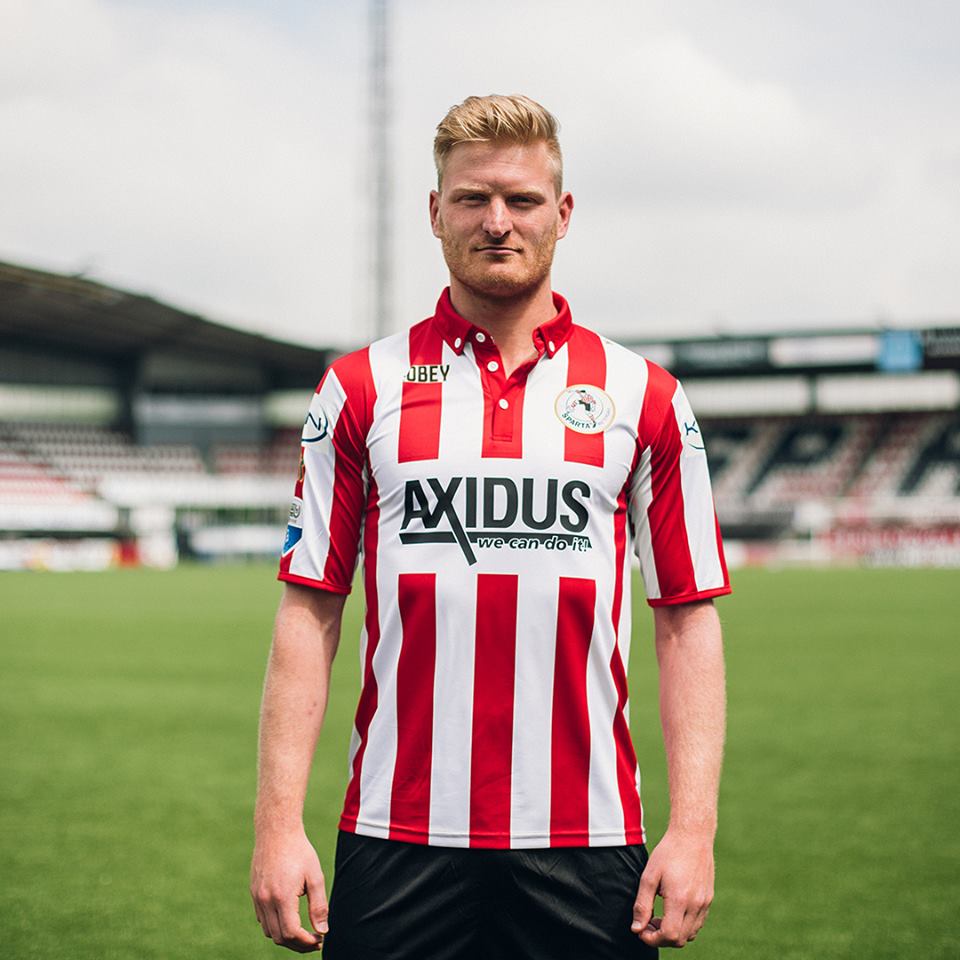 Manufactured by Robey Sportswear, next season’s Sparta Rotterdam home kit is based around the club’s traditional colours. The red and white striped shirts with black shorts and white socks, were adopted when the Sparta board watched a Sunderland match in 1899.

The 2016/17 home kit features evenly spaced red and white stripes across the body of the shirt and sleeves, the red polo-style button-down collar leads into a three-button neckline. 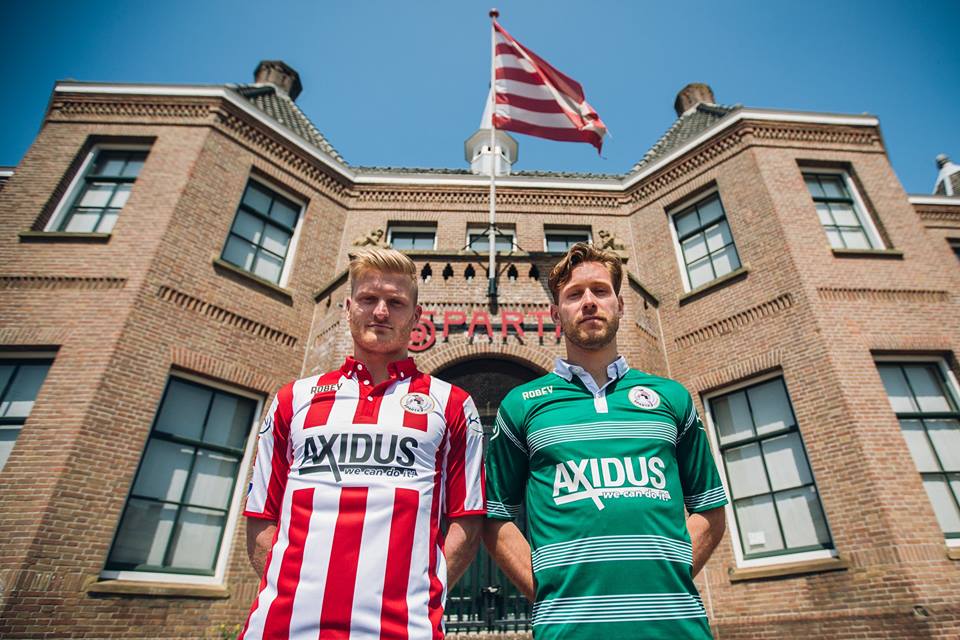 Sponsor, Axidus, sees their logo sit in a white band across the midriff as the shirts visual centre point. Above it on the left breast sits the club’s crest whilst Robey’s trademark is opposite.

Under the collar on the back Sparta celebrate 100 years of their home ground, Het Castle. Opened in 1916, Sparta, the Netherlands oldest professional club, have played there continuously.

The club have opted for a green and white combination for away games. 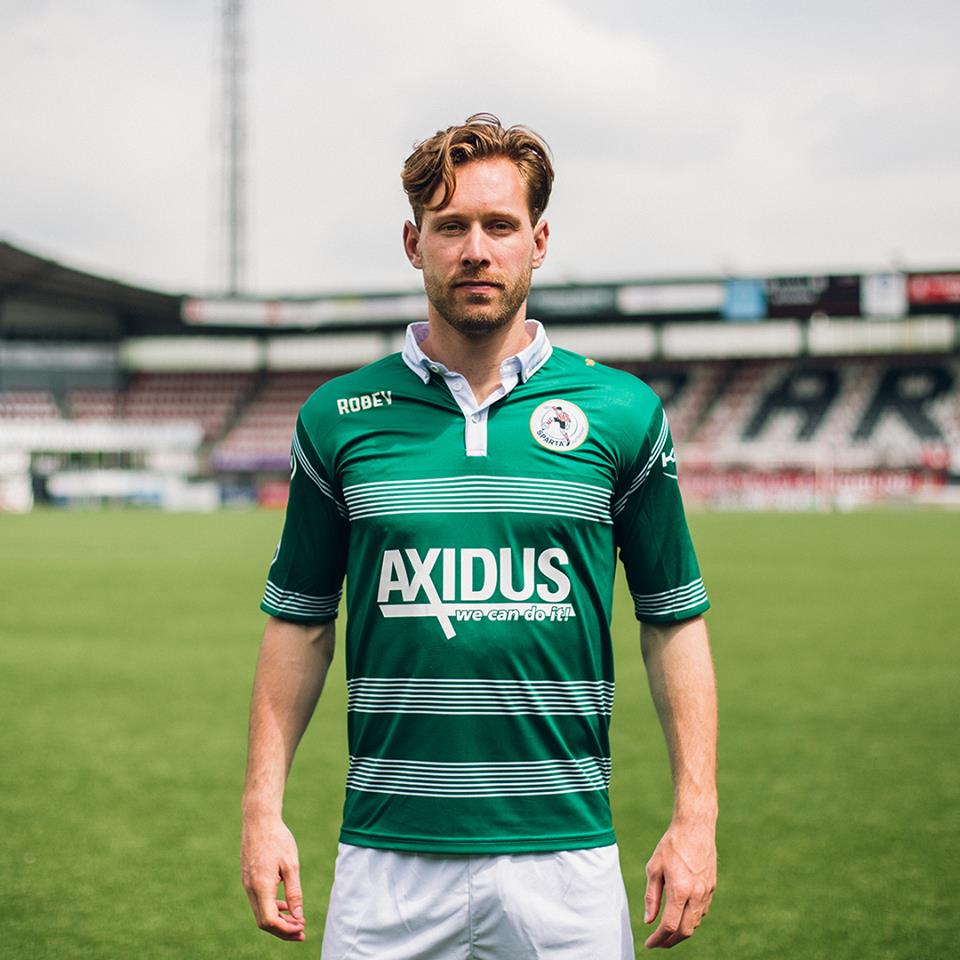 With an eye on the replica kit market, Robey have produced another polo-style button down collar, complete with white neckline.

The shirt itself has a racing green base colour, featuring three groupings of seven thin white hoops in a band effect across the body. Dominating the front is sponsor, Axidus, logo in white font. Above rests the manufacturers mark on the right side of the chest, with the club crest on the left. 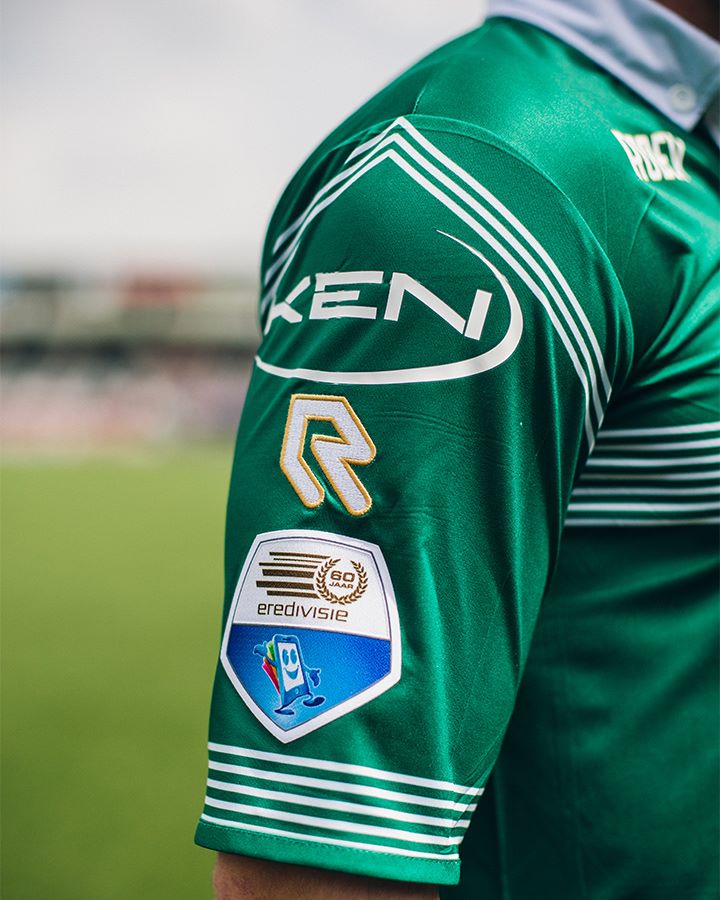 On the right sleeve sits Robey’s manufacturer logo, with secondary sponsor KEN on the shoulder above. A special badge has been created to celebrate the sixtieth anniversary of the Eredivisie’s creation.

Sparta’s away kit for 2016/17 is finished off with white shorts and green socks.

Both the club and Robey deserve a pat on the back for paying due respect to the club’s history in a centenary season.