Brazilian side Sport Club do Recife have a new home kit for the 2016 Campeonato. This season marks the 100th anniversary of the club’s first Campeonato Pernambucano in 1916. 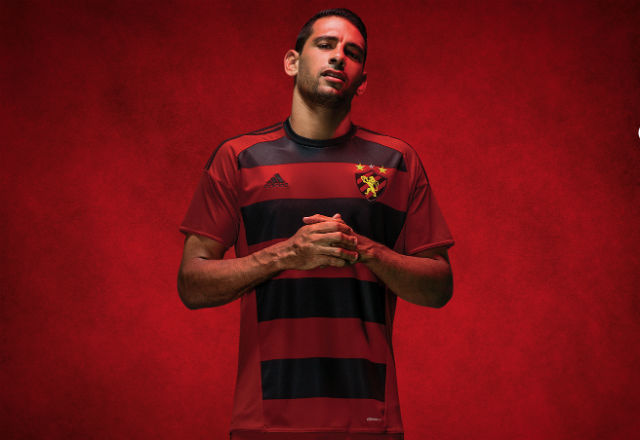 This is the home kit which will be worn by Sport in the 2016 Brazilian Campeonato. 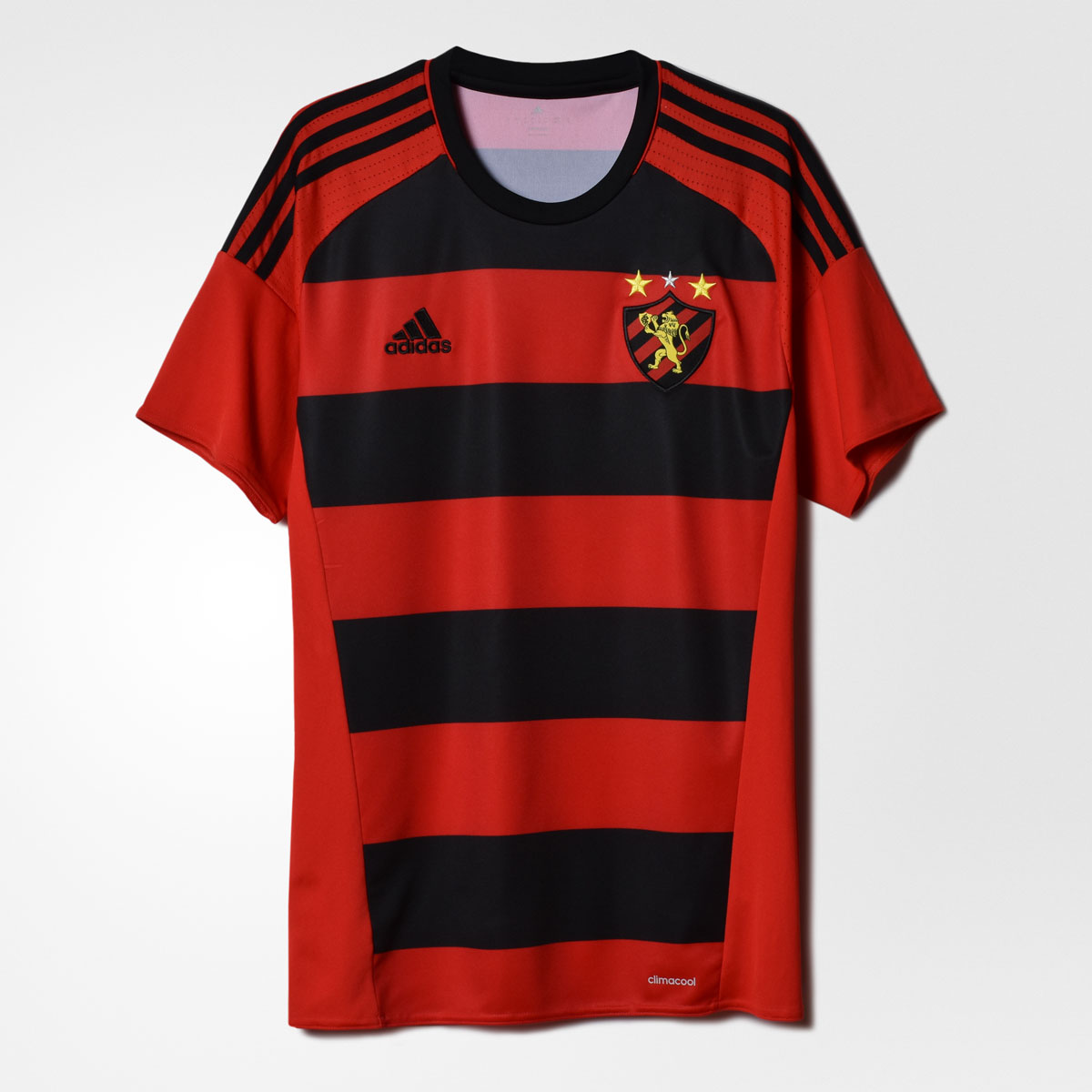 Adidas have kept to the Sport traditional colours of red and black for this season’s design. The club’s by-laws and articles stipulate that the strip worn in competitive matches will always be red shirts with horizontal black stripes. It narrows the designers artistic scope!

This season, the stripes cover just the body with the side panels being solid red, leading from the same style and colour on the sleeves. Adidas three stripes cover the shoulder and in line with FIFA regulations on excessive sponsorship and marketing, stop at the sleeve.

On the chest, the manufacturers trademark occupies the right breast whilst as, once again, stipulated in the club’s by-laws and articles, the Sport Club do Recife club badge sits on the chest on the left breast. Above the crest, sit three stars. Centrally sits the silver star representing the club’s 1990 Serie B Brazilian Championship, flanked by two gold stars celebrating the 1987 Brazilian Campeonato and 2008 Brazilian Cup triumphs.

The kit is finished off with black shorts and socks.