When Luis Suarez hit his fourth and Barcelona’s sixth, Sporting Gijon feared the worst. With three games to go, they were in the bottom three and staring relegation in the face.

It proved inspirational; they produced a three-match unbeaten run. Winning consecutive home games for the first time all season, they avoided the drop thanks to a last day win over Villarreal. 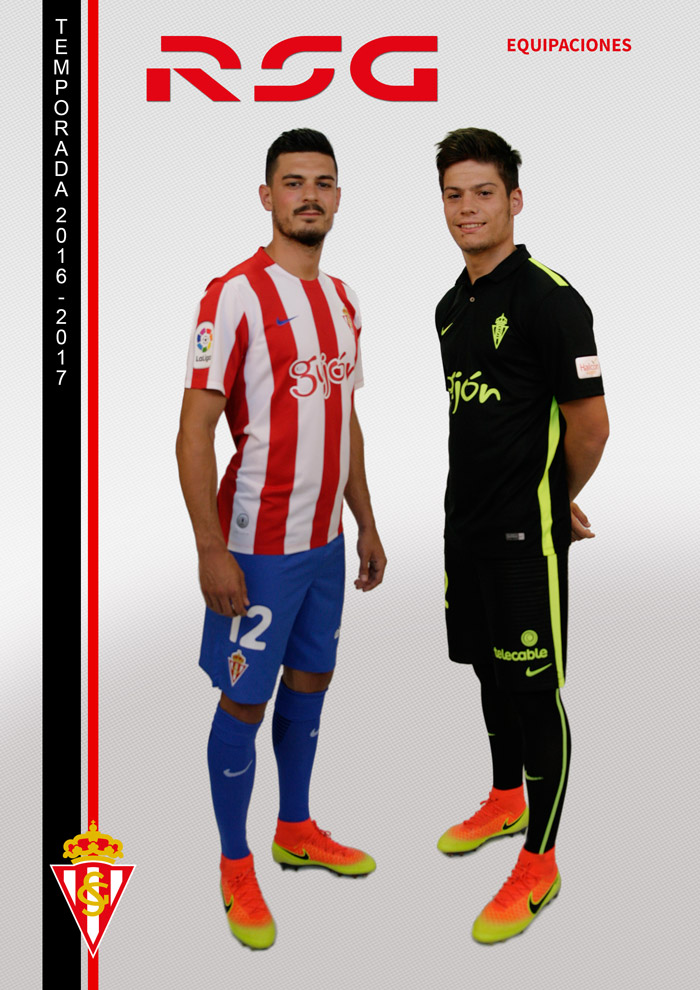 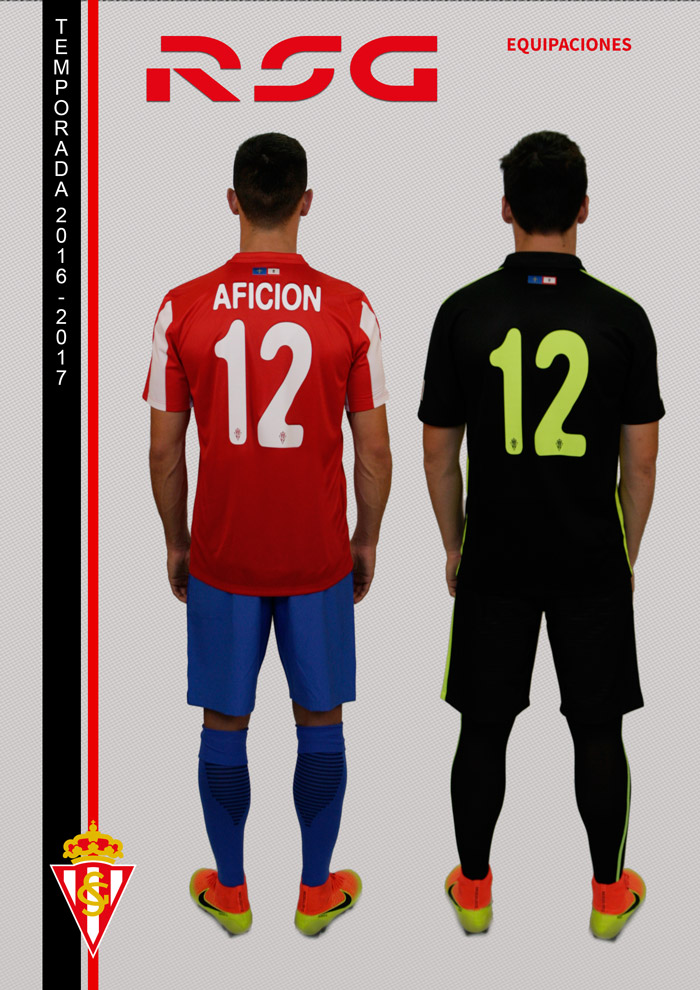 And thank goodness they did.

Produced by Nike, the Rojiblancos were the first club in Spain’s top flight to wear red and white stripes. 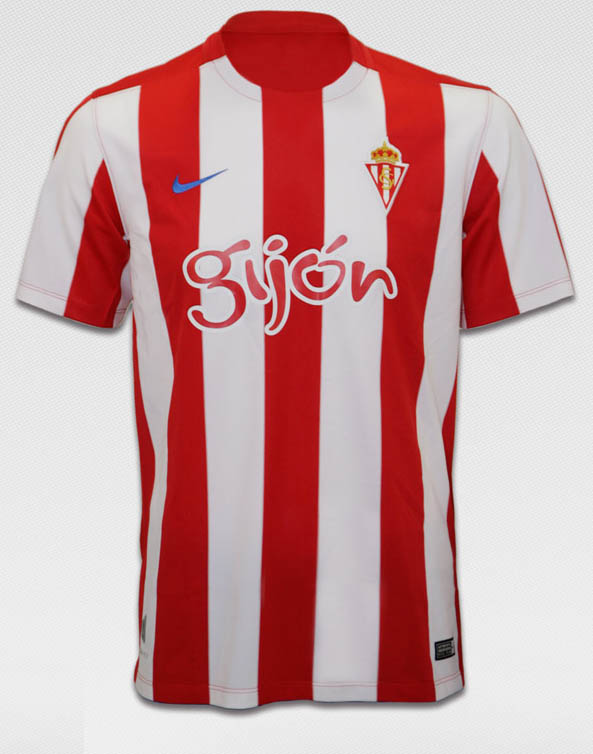 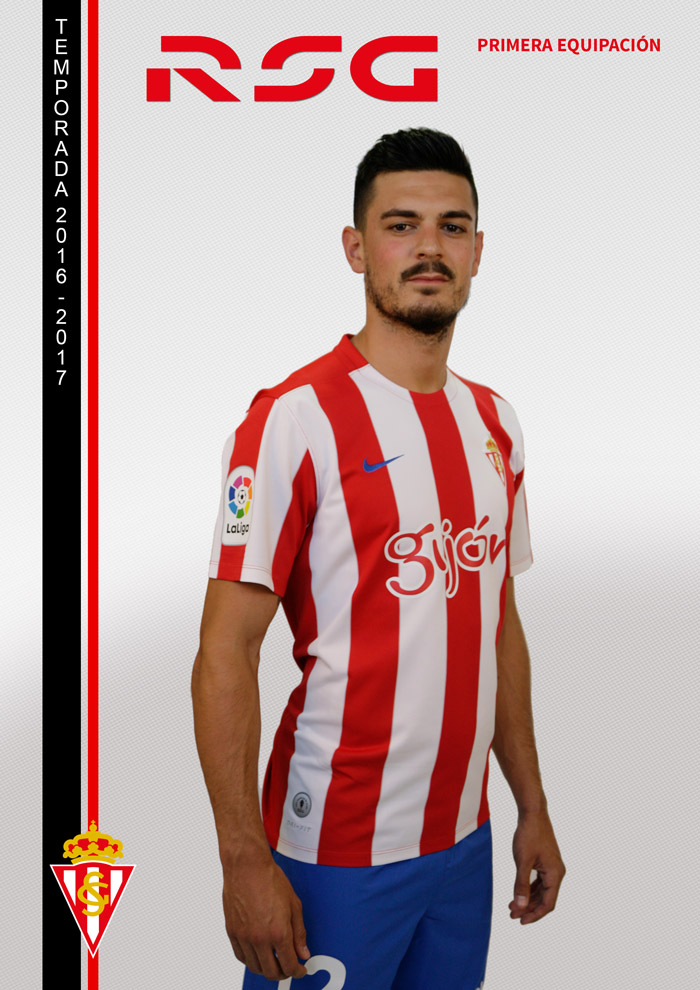 Formed in 1905, the club has remained faithful to the kit design which is based on the flag of the region of Gijon. It’s a common feature of Spanish football to honour the pueblo but unusual that a team has not altered the basic colour of their kits.

The stripes are evenly spaced around the front of the body and sleeves but the back is plain red. The player identification name and number is clear to all with the white font.

As ever, the club has issued blue shorts for next season, accompanied by royal blue socks.

Ready for the trips to Bilbao and Madrid among others, Sporting have issued a new away kit for next season. 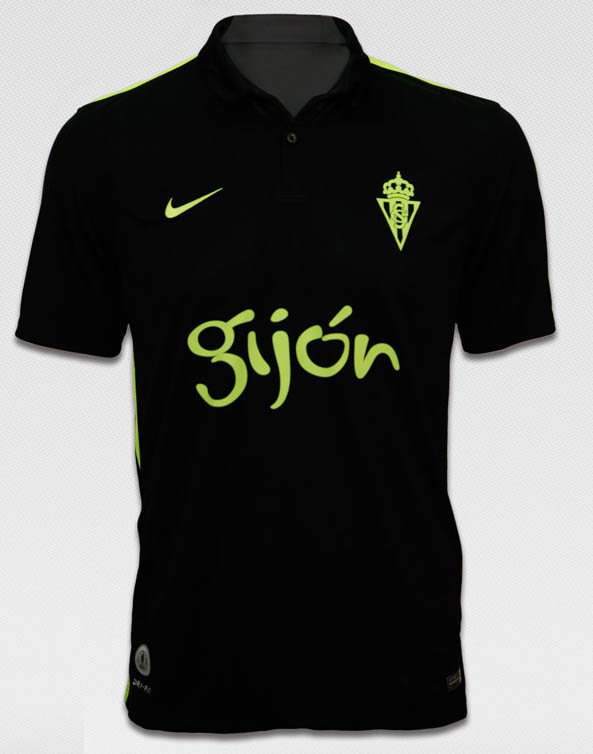 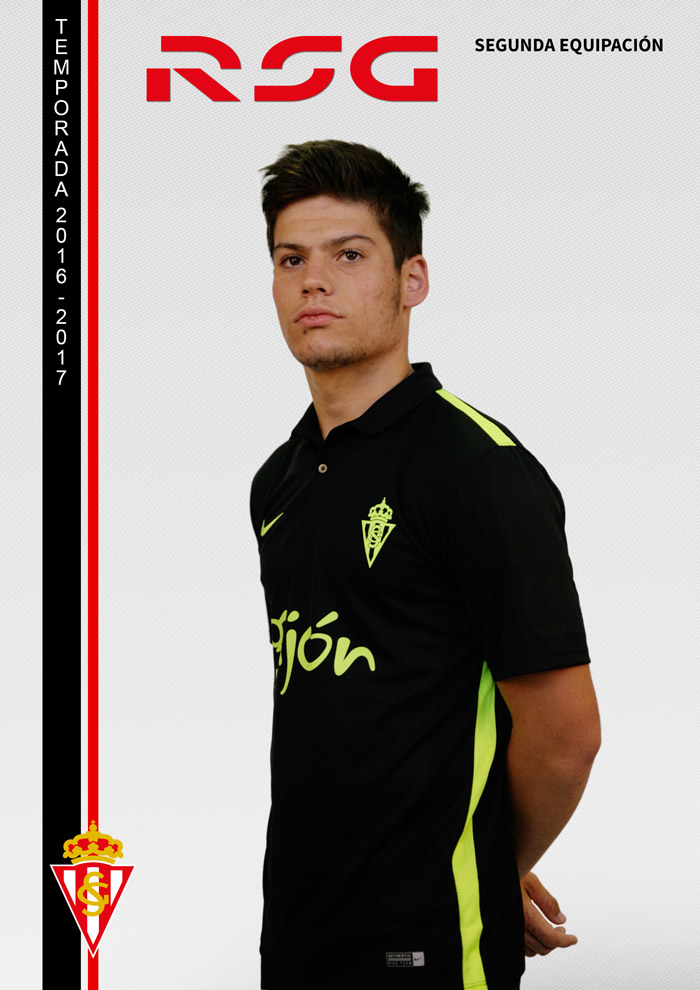 Next season’s strip is all black. A stark contrast to the home kit and itself featuring an understated contrast within the design.

The yellow trim is eyecatching and we have to say, stylishly applied. The shirt comes with a polo-style collar and features a yellow shoulder panel, matching the stripes down the side of the body and shorts. That theme continues down the outside of the socks.

It’s a similar template to the one chosen by Brighton & Hove Albion for next season’s Championship and stylishly applied to the Gijon kit range.