St Pauli, Hamburg’s second team, may have finished outside of the promotion places in 2.Bundesliga last season but they remain Europe’s hippest club. Possibly even the hippest club in the world.

This is the first set of kits made by a ‘brand name’. The honour fell to Under Armour who were not a popular choice due to military and other connections which seemingly run contrary to the club’s ethos. Bridges were crossed and the deal went ahead despite the opposition. Whether it is successful remains to be seen. 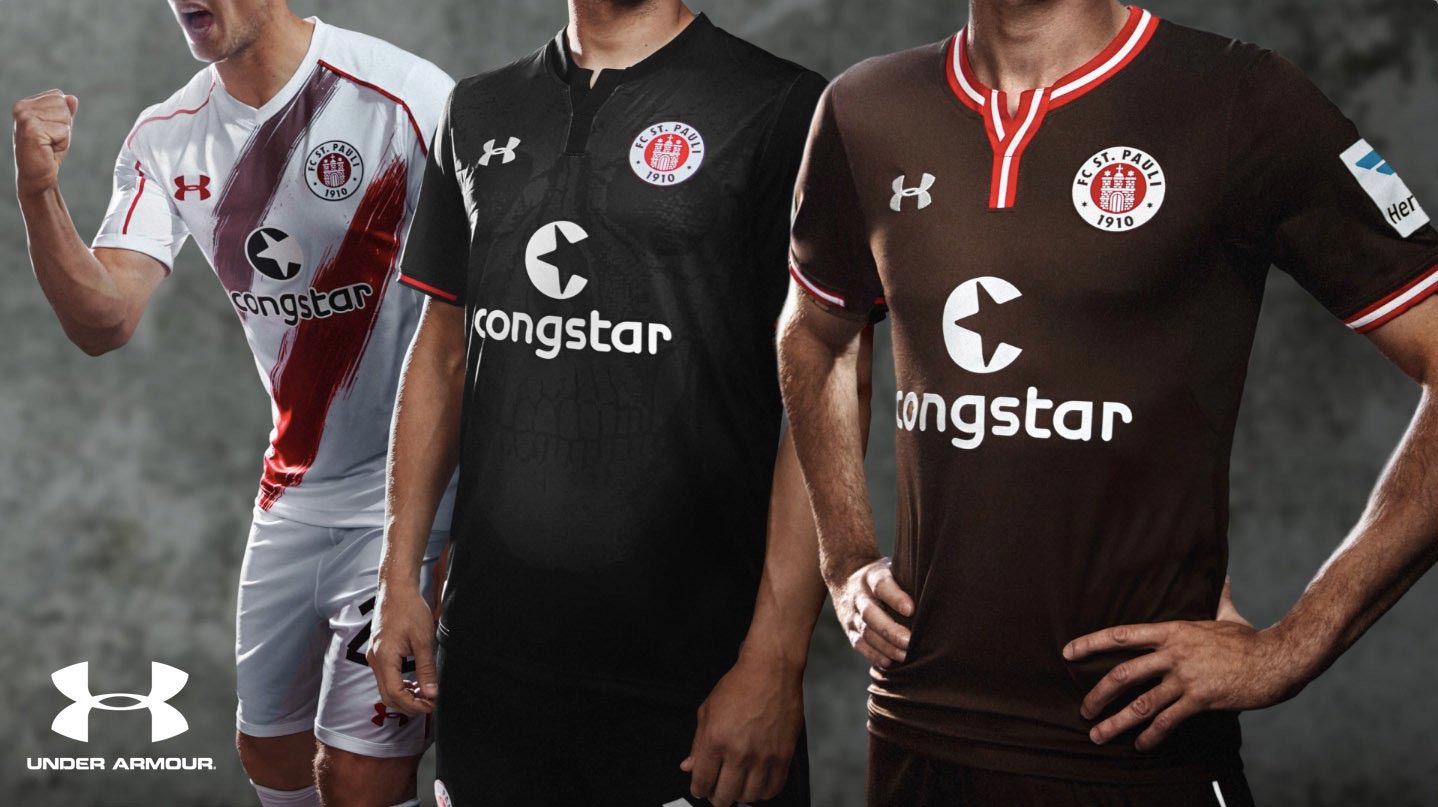 This is the St Pauli home kit for next season. 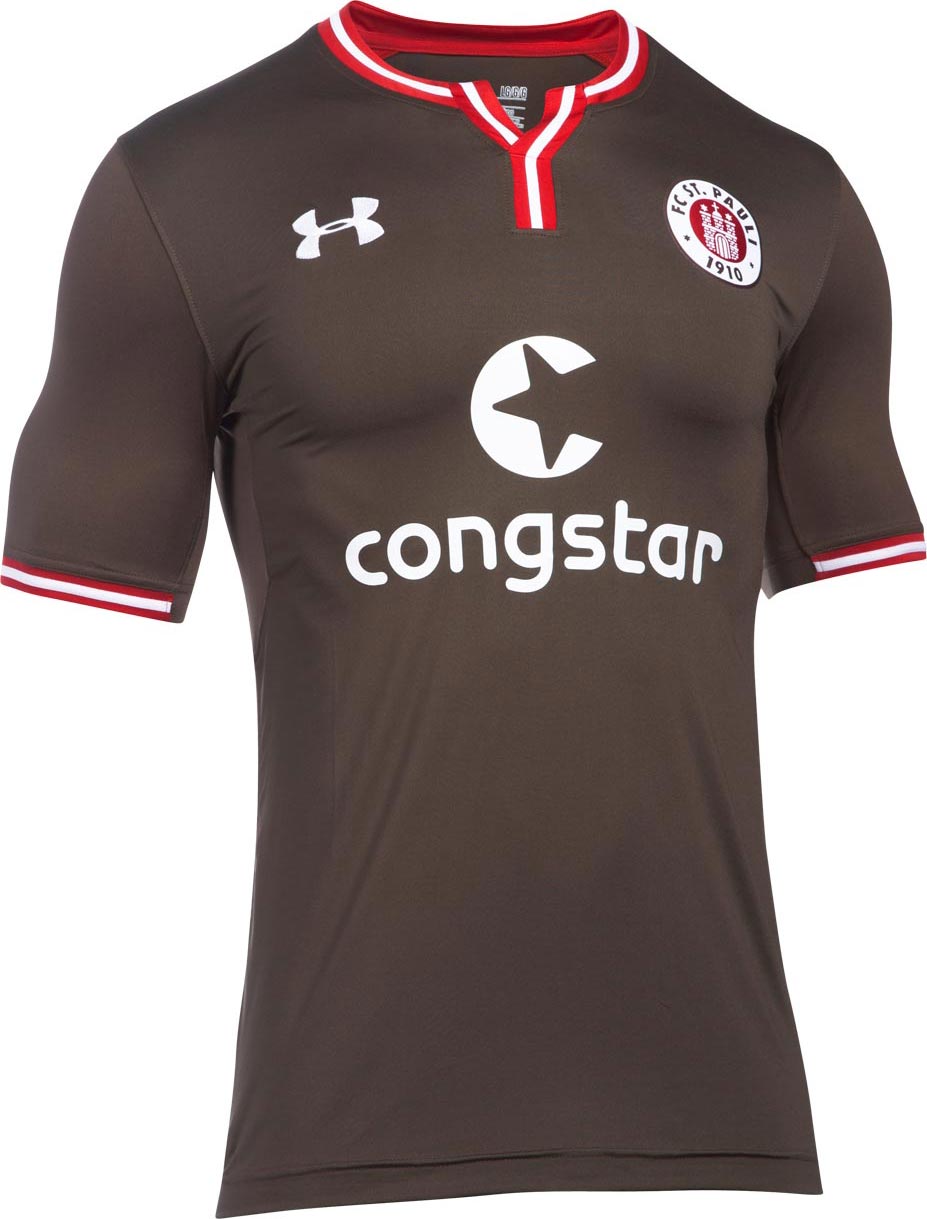 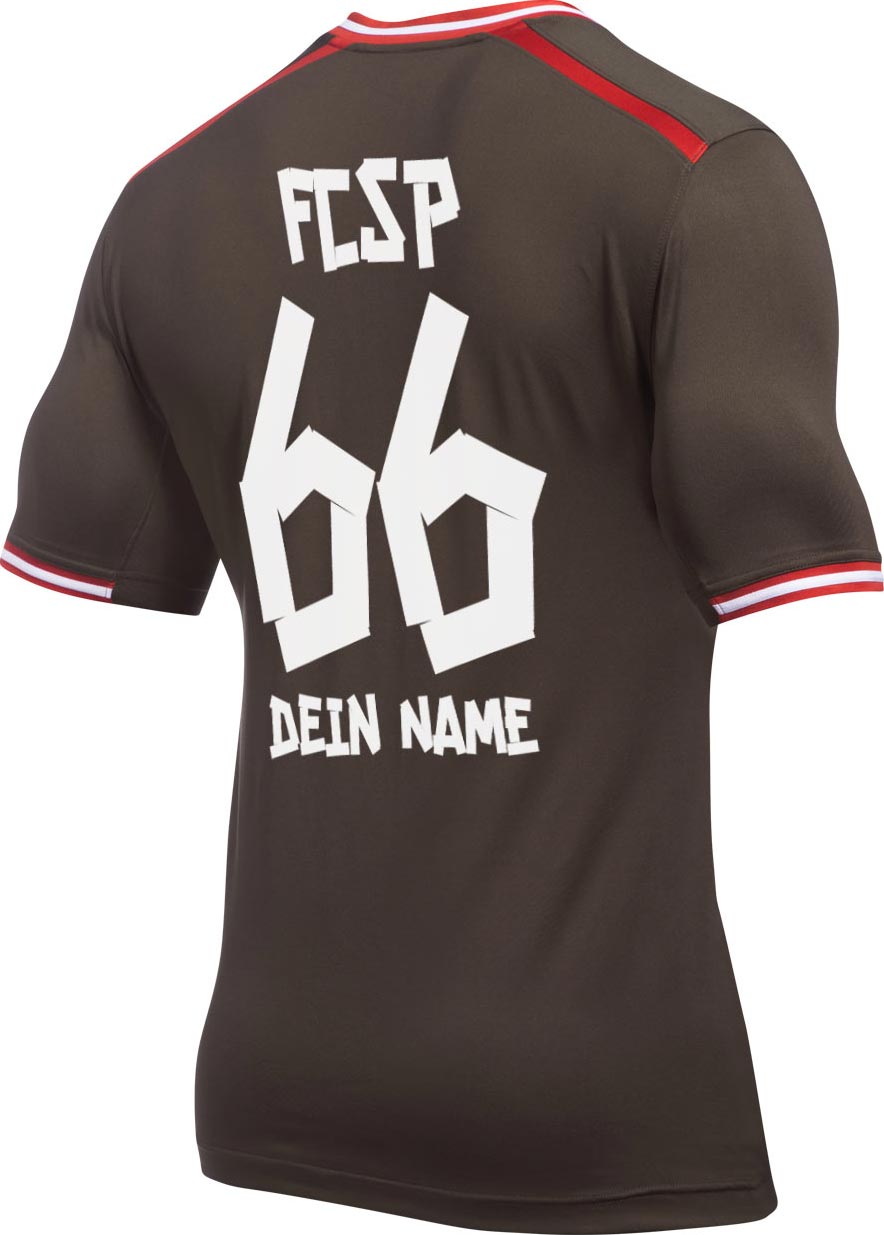 The shirt is brown with red and white trim.

A y-shape collar features an upper and lower red band, either side of a white band of similar thickness. The same design approach was taken with the cuffs which have a red splash running underneath the arm.

The club crest and Under Armour logo sit high on each breast above the logo of primary shirt sponsor, Congstar.

Completing the kit are brown shorts with white trim and similarly coloured socks.

Away from the Milerntor, St Pauli will wear this eye-catching away kit: 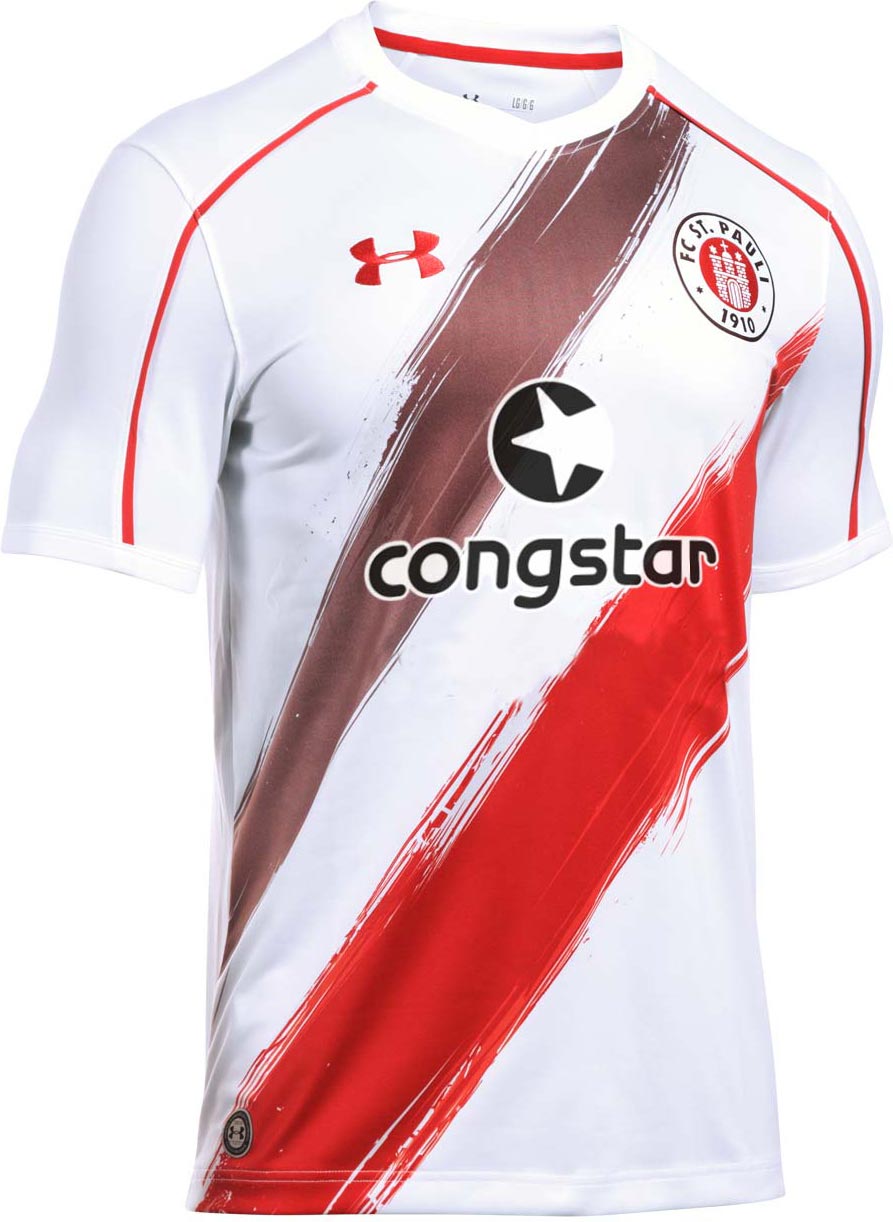 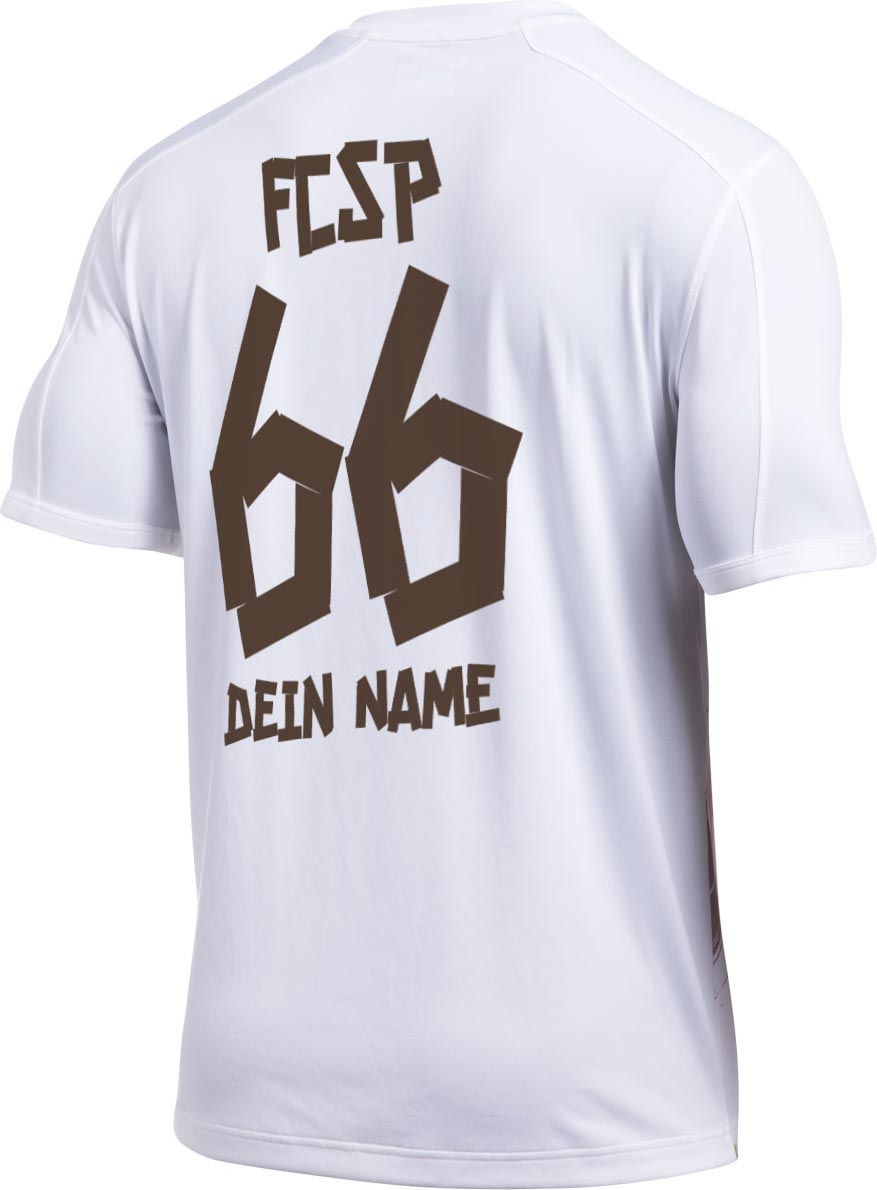 The base colour is white but the front comes wit red and brown sashes, running from the left shoulder. Given the club’s well-know political heritage, that’s hardly surprising. Thin red piping runs across the front of the shoulders to the white collar.

The shorts and socks are all-white.

This is the Under Armour third kit for St Pauli next season: 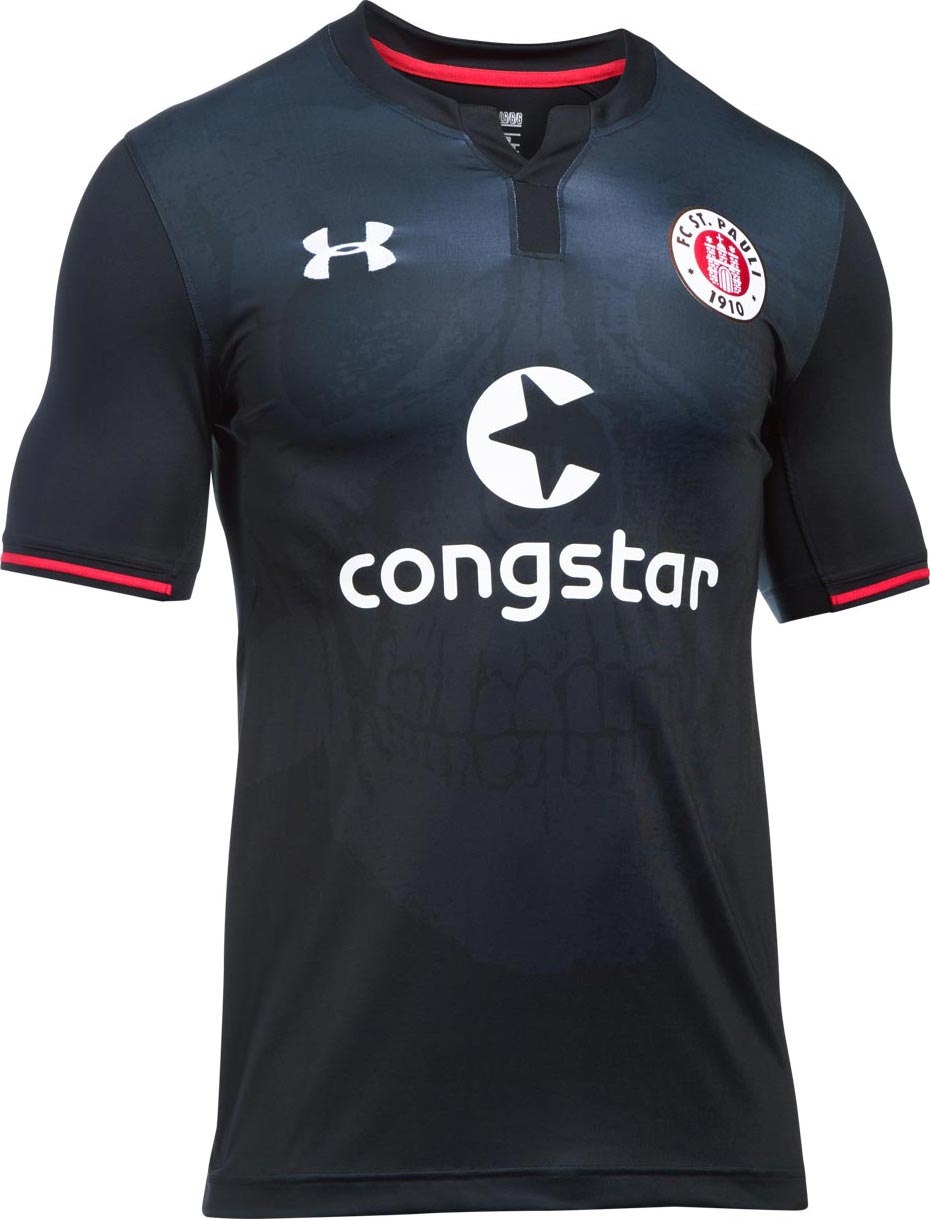 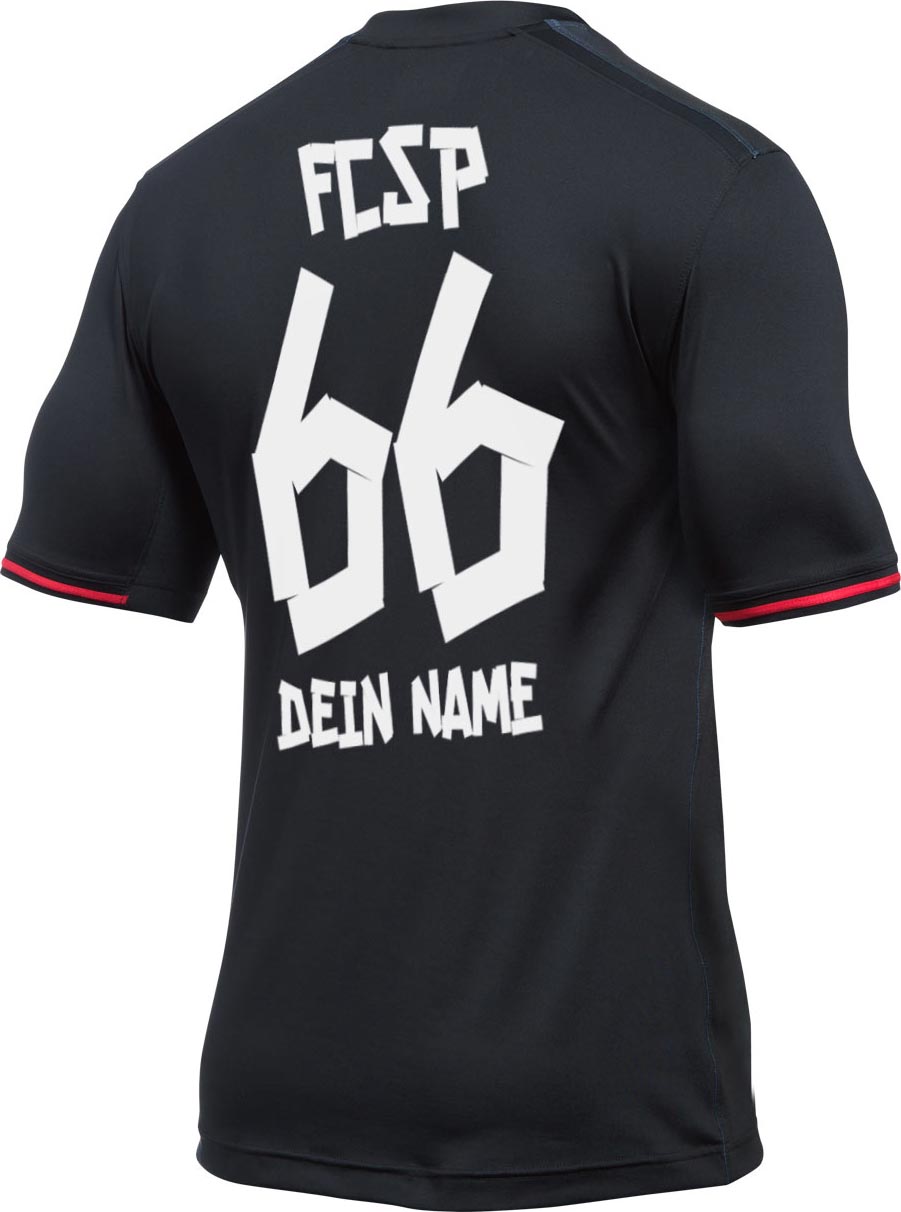 The kit is all-black with red trim. The back and sleeves of the shirt are a darker shade, with red and black bands forming the cuffs.

On the front is a lighter shade of black featuring a tonal skull in the centre.

-The shorts and socks for the kit are all-black.