Revealed earlier this week, the Italian away strip for the next year received an official launch. Puma and the FIGC, the Italian Football Federation, used 3D artists to create a mural to mark the occasion.

Italy will wear the strip, a tribute to their 2006 World Cup winning squad, for the first time tonight in the friendly against France. The pair met in that World Cup final a decade ago. 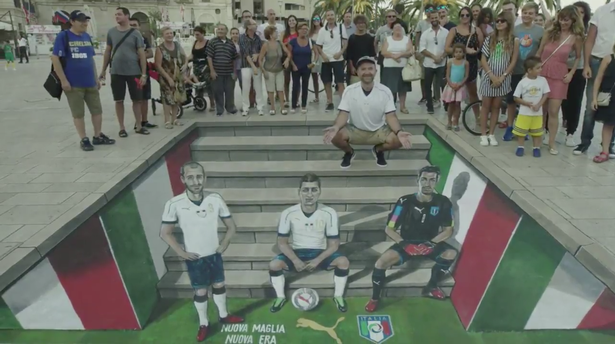 The official launch came with a mural drawn onto the Piazza del Ferrarese in Bari. The noted 3D artist, Joe Hill of 3D Joe & Max completed the work. The mural continues the legacy of his artistic partner Max Lowry, who passed away in 2010. 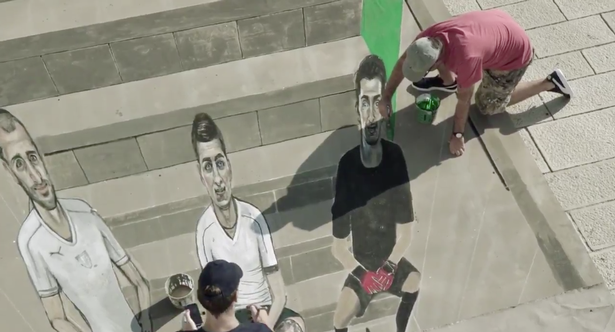 Marco Veratti, the current Italian international, praised the work and the originality of the concept. The following video tracks the creative process during the day on Bari’s seafront.

Tonight’s friendly in Bari is the fourth meeting of the two sides since that day ten years ago in Berlin when Italy triumphed. It is a match remembered for Zinedine Zidane’s headbutt on Marco Materazzi. That was his last action in competitive football as a player.

The kit is stylishly simple in its design: 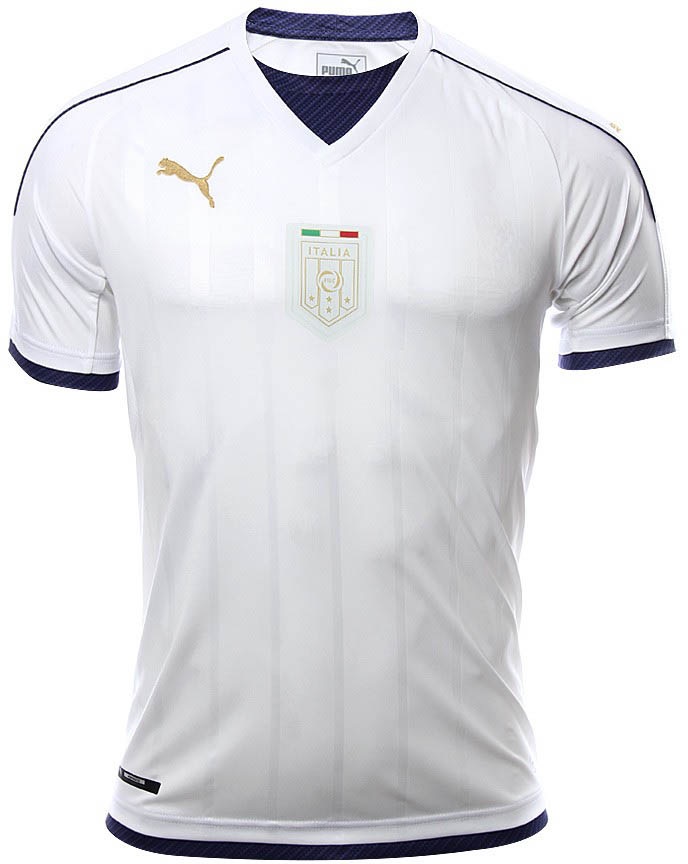 Finished with blue shorts and white socks, it’s continues the Italian tradition of using those colours.

And is an outstanding addition to their portfolio of kits.