Celtic, Scottish champions for the sixth successive season, unveil their 2017-18 home kit on Thursday, 4th May 2017. The date is significant; it is the fiftieth anniversary of the club’s 1967 European Champions Cup triumph over Inter Milan. 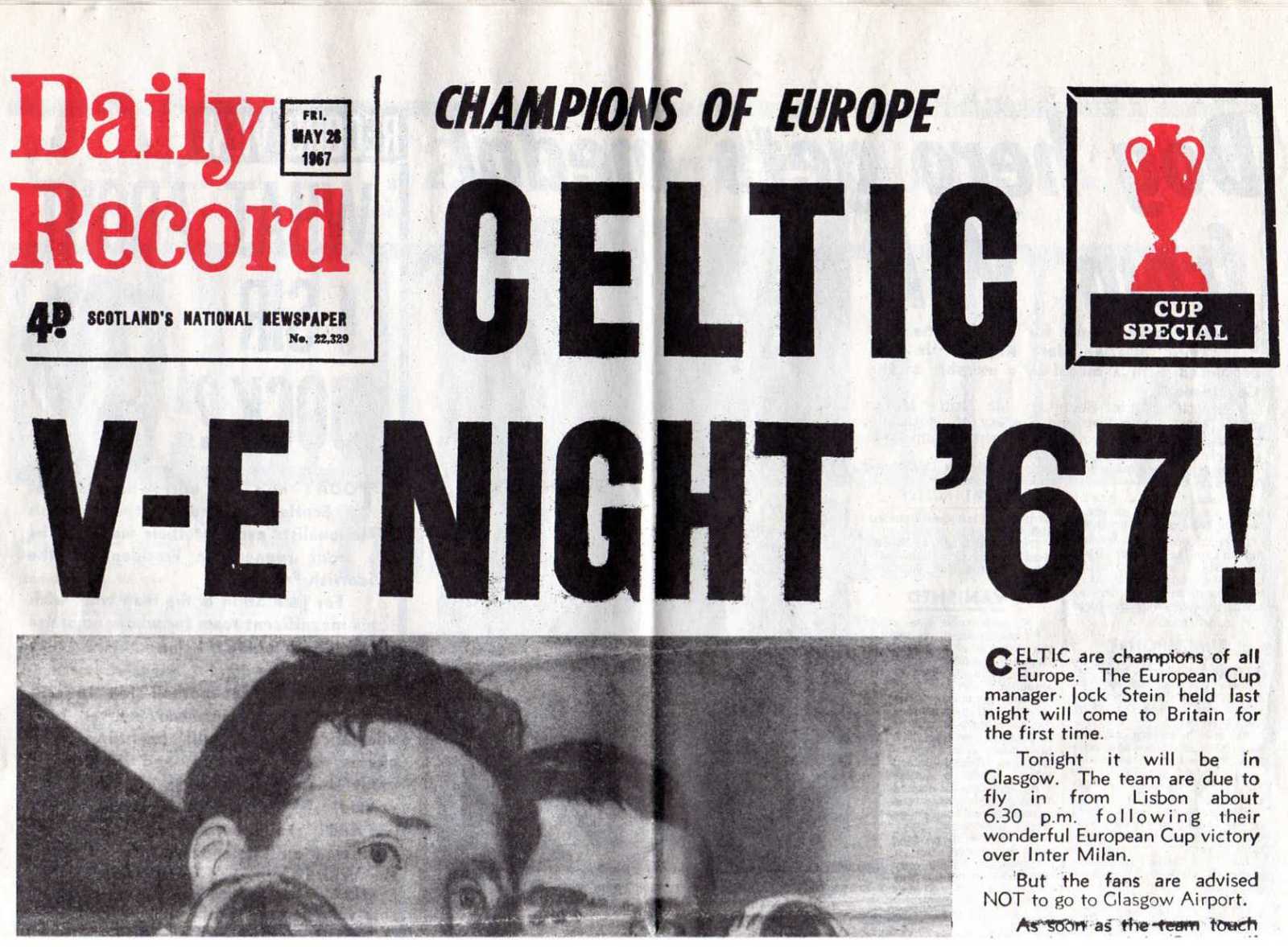 The ‘Lisbon Lions’ were the first British team to win UEFA’s elite club competition. The first and most likely, only Scottish side to do so, more to the point. 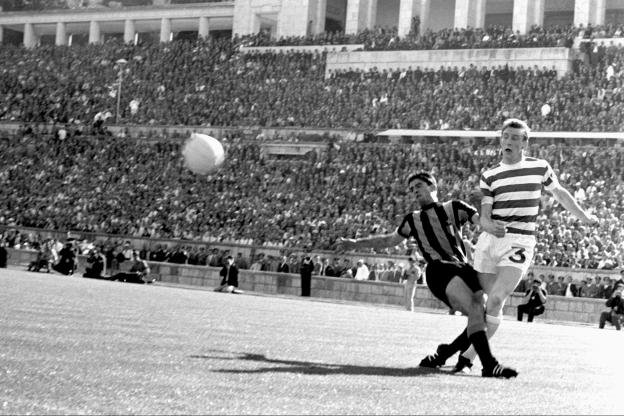 While football clubs all too often milk the past, Celtic’s commemoration will be welcome by fans.

This is the leaked promotional photo of the Celtic 2017-18 home kit: 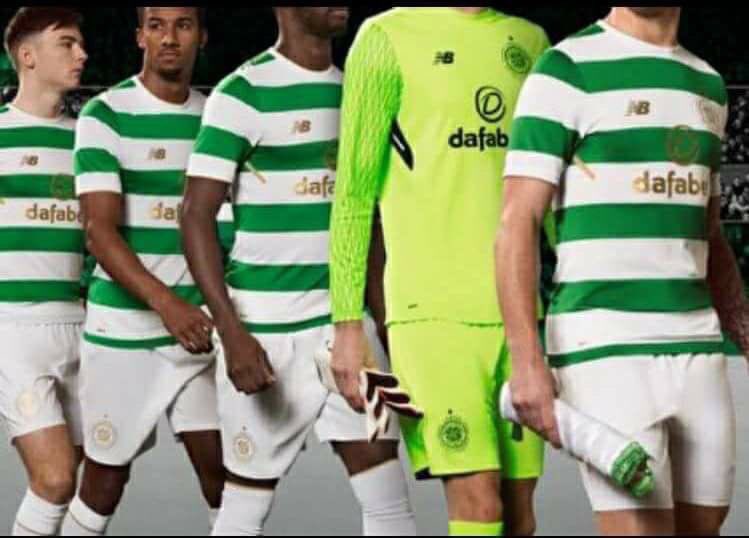 The design features a simple replica of the 1967 shirt. Green and white hoops with a white crew neck collar. Sadly, there is a sponsors logo across the but compared to others, it is discreet.

White shorts and socks finish the kick with a faint green logo on the right thigh and the New Balance logo on the left, the only deviations from the original.

Celtic got into the party mood at Ibrox Stadium this weekend. Beating Rangers 5 – 1 gave the Bhoys their biggest win at the home of their bitter rivals. It was their first four-goal margin of victory at Rangers in 119 years.