Austrian side, Sturm Graz, have unveiled their 2016/17 home and away kits made by Lotto.

The resurgence of the national team, despite their poor performance at Euro 2016, can only be a good thing for Austrian football and Sturm will be hoping to capitalise on that. 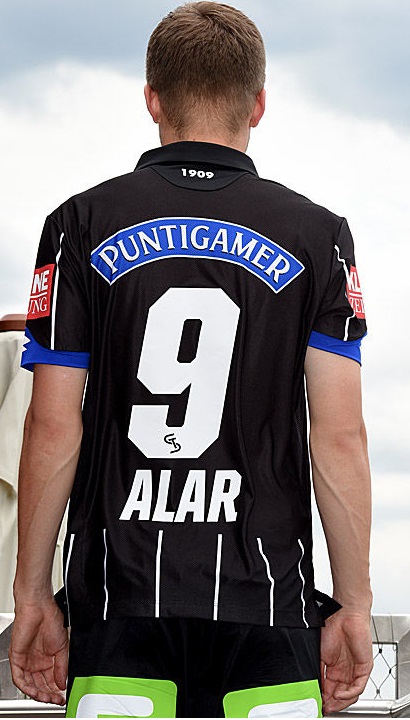 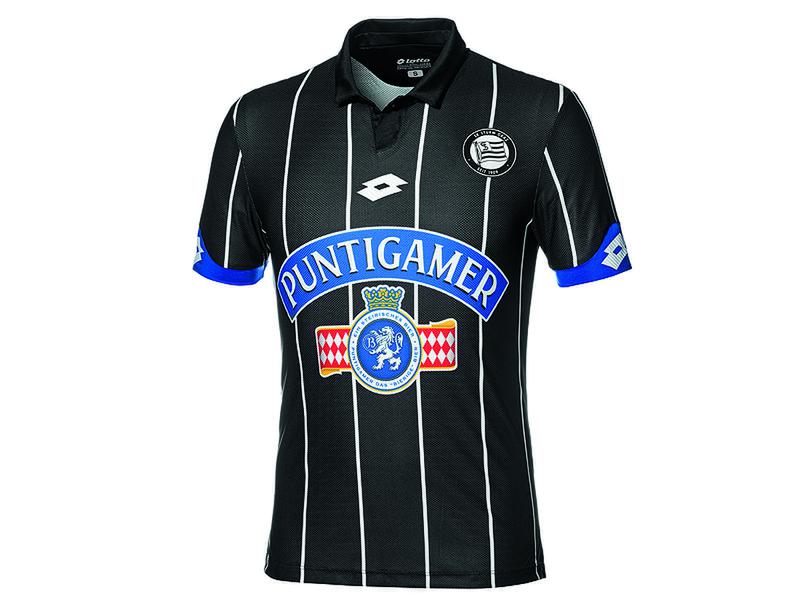 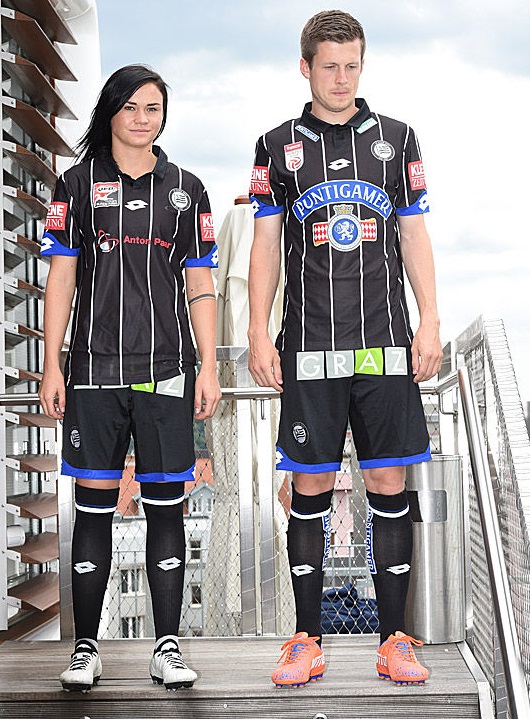 The shirt has a black body with white pinstripes. You may have to take our word for that with the number of sponsors logos and motifs swamping the design.

It’s tempting to say there is minimal trim but it’s hard to carry that off with all the advertising. If it were an Olympic Sport, the Austrians, like some of the French Ligue Un sides, would excel at it.

Across the top of the shorts, the club has placed GRAZ inside a building block design. Incidentally, the shorts are black with a blue band across each thigh. Surprisingly, Sturm and Lotto haven’t placed any advertising in it. Slacking…

If your eyes need a rest after that assault of advertising logos, look away now. 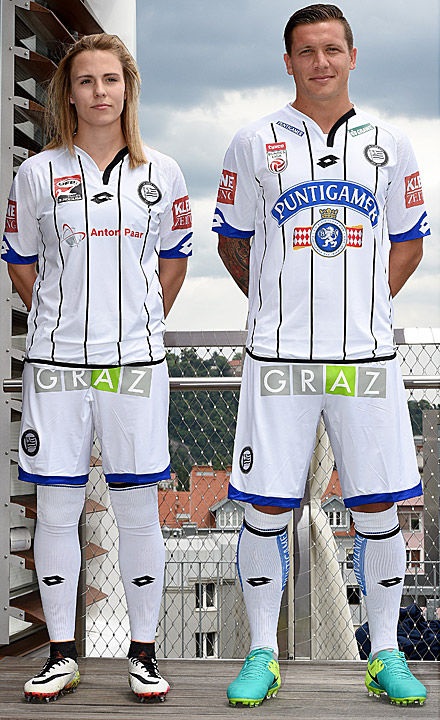 It doesn’t get much better.

As with the home kit, the all-white away strip feature contrasting pinstripes. In itself, that template is inoffensive but utterly trashed by the advertising. Even Tour de France riders would be embarrassed by the sheer volume on this shirt.

As for the shorts, football kits surely don’t get any more bizarre than these. Well, they do but that’s for another day.