Coritiba Foot Ball Club, as they are officially known, hail from Curitiba – pine nut land as it translates – the capital city of the southern Brazilian state of Paraná.

National champions once in 1985, the Coxa have won the state title – the Campeonato Paranaense – 37 times.

Adidas has issued the club with a stylish third kit for this season. It features the obligatory single star above the club crest, signalling their Brazilian title win. 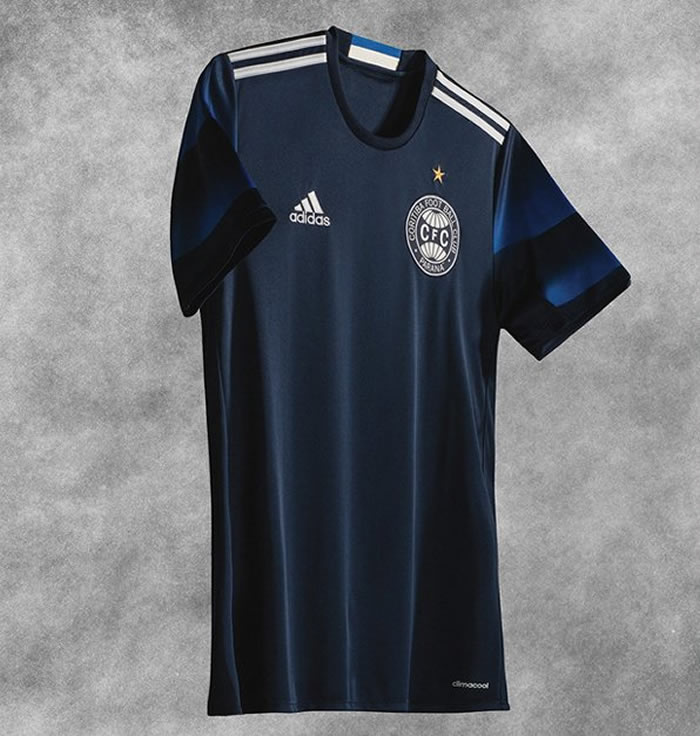 The kit pays tribute to the 1972 Fita Azul trophy awarded to the club. During their international tour, Coritiba played friendlies in Algeria, Morocco and Turkey and remained undefeated having faced a mix of club sides, such as Fenerbahce, as well as the Turkish and Moroccan national sides.

The shirt is navy blue with three thick white stripes across the shoulder, representing Adidas’ trademark kit signature. The body of the shirt is plain but a light blue tonal pattern features on the sleeves.

The shorts and socks are both expected to be navy blue with light blue trim.

The kit will be worn on 12th October 2016 when the club visit Figueirense to mark their 107th anniversary.