Levante, from Spain’s Segunda Division, has released a special Senyara 2016/17 kit. L’equip del Valencians – the Valencian team – based on the Reial Senyara flag of the Communitat Valenciana.

The club which plays it games in the Ciutat De Valencia stadium in the region’s capital, finished bottom of La Liga last season, ending their five-year spell in the top flight. 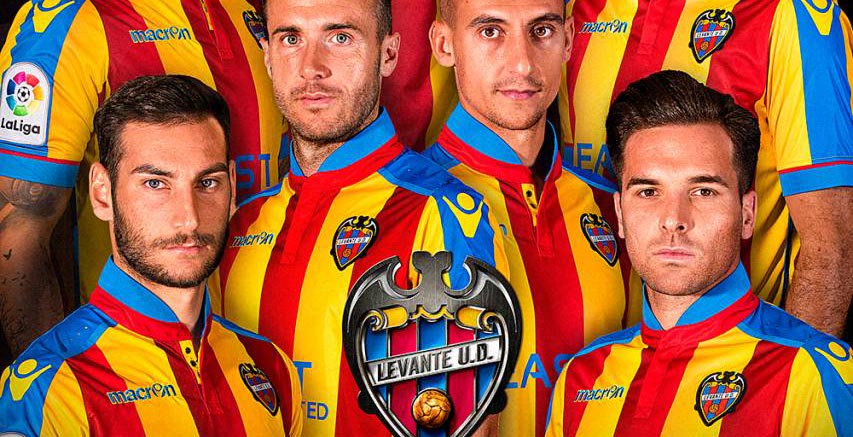 Currently top of the Segunda Division, the club hopes to return to La Liga quickly. With only one defeat Cordoba in their eight games so far, hopes are high that they will achieve their aim. 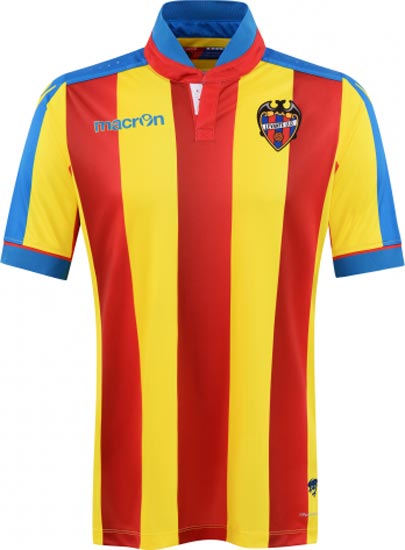 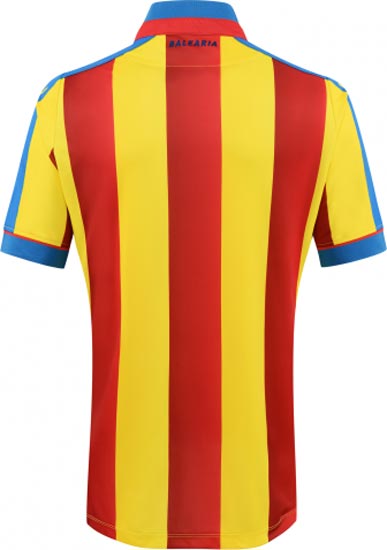 The shirt is thick red and yellow stripes, with blue trim. Evenly spaced, the stripes cover the front and back of the shirt.

An unusual raised neckline with a blue collar atop a red band leads into broad blue shoulder panels and cuffs.

The shirt comes with a tag ‘UN PASADO PARA HONRAR, UN FUTURO POR CONQUISTAR’ – honour the past, conquer the future – inside the back neckline.

To some it may seem a familiar colourway with Valencia and Barcelona having worn yellow and red shirts in the past. However, this is one of the rare occasions where club and manufacturer – Macron in this case – have got the design spot on.