Swansea City‘s survival is largely thanks to Paul Clement arrival. 2017/18 may prove equally challenging with Everton looking to take a key player away from the Liberty Stadium.

Losing Gylffi Sigurdsson would be a huge blow but the Swans habit of finding players when they lose their ‘stars’ depart is something other Premier League clubs respect. The Icelandic international left before; Swansea survived and he returned. Not quite with his tail be 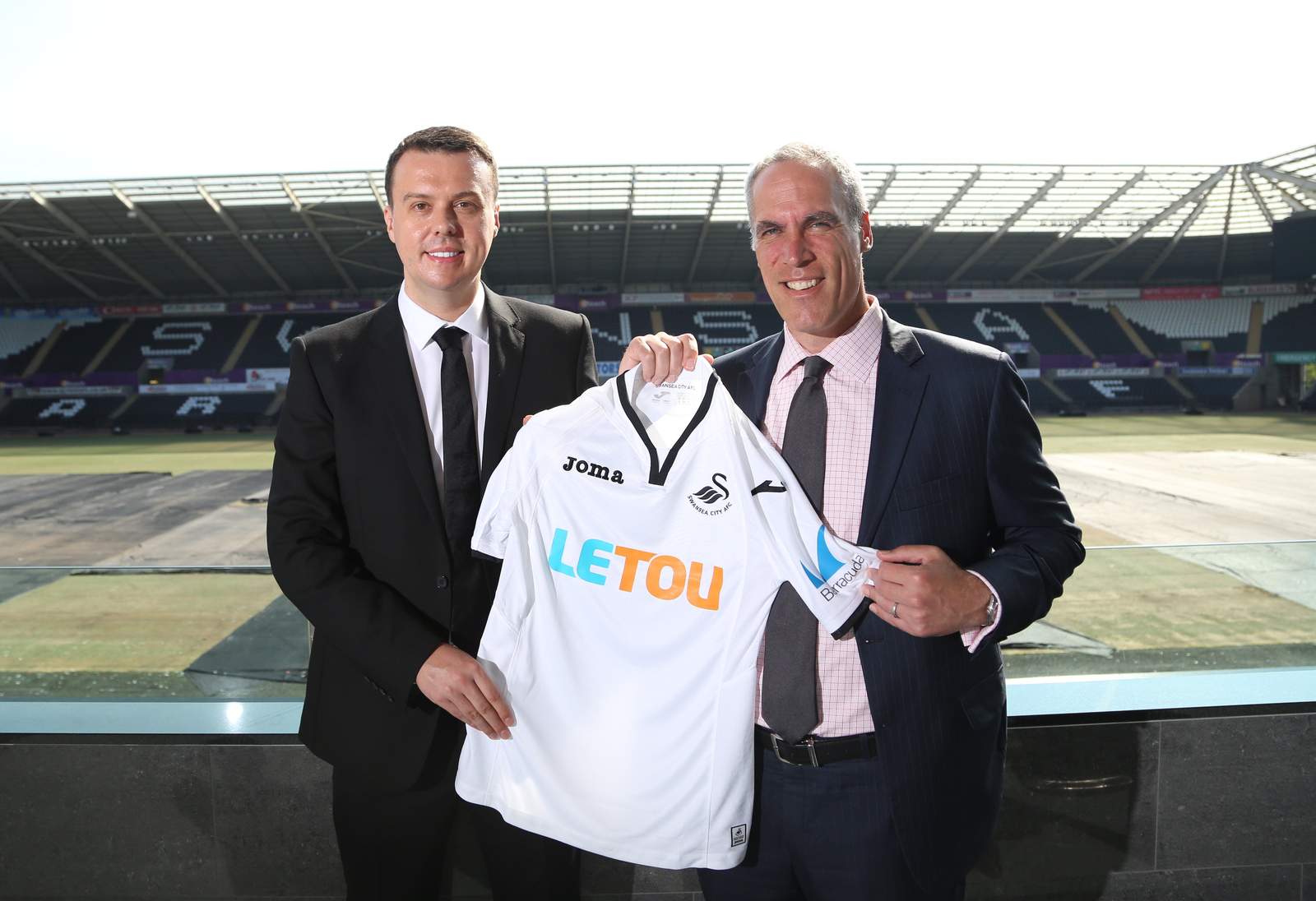 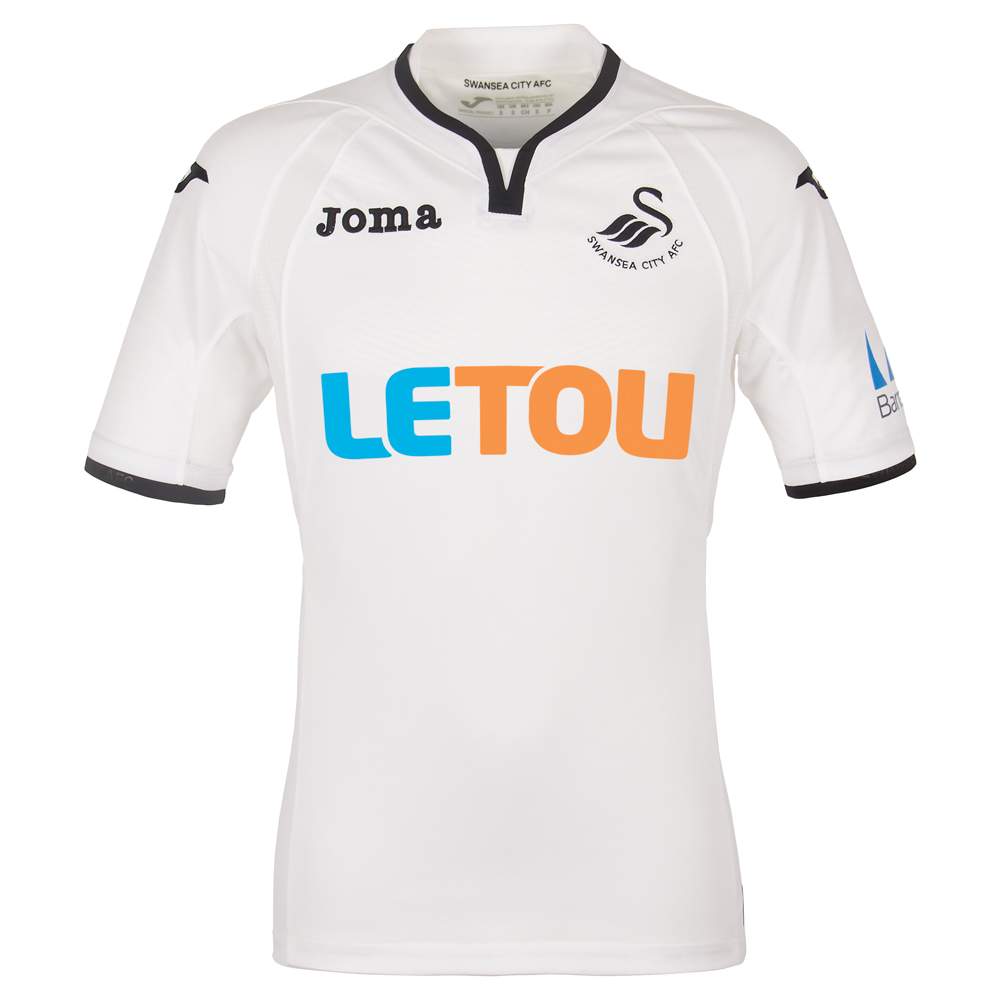 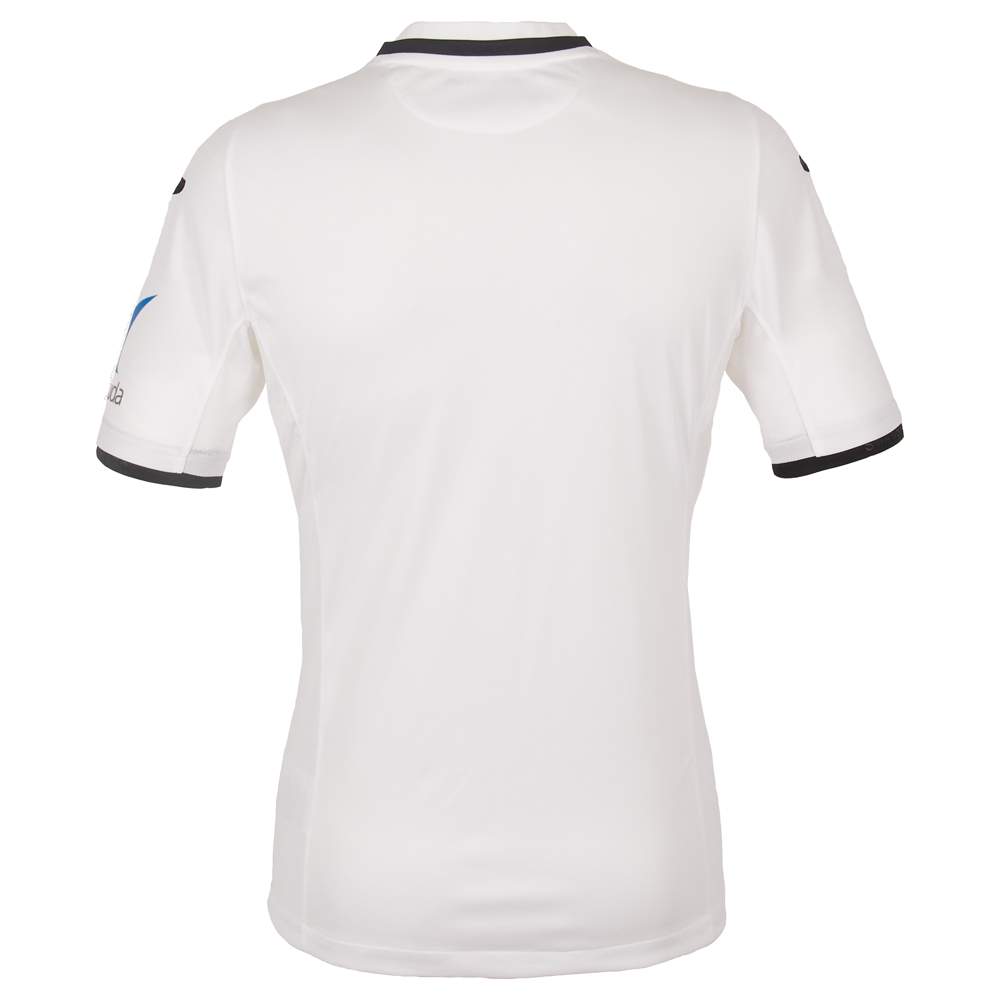 Swansea Town wore all white kits when they formed in 1912 and with the exception of four seasons between then and now, the Swans always have done. Town became City in 1969 when Swansea was granted ‘City Status‘ as part of the celebrations of Charles Windsor’s investiture as Prince of Wales. 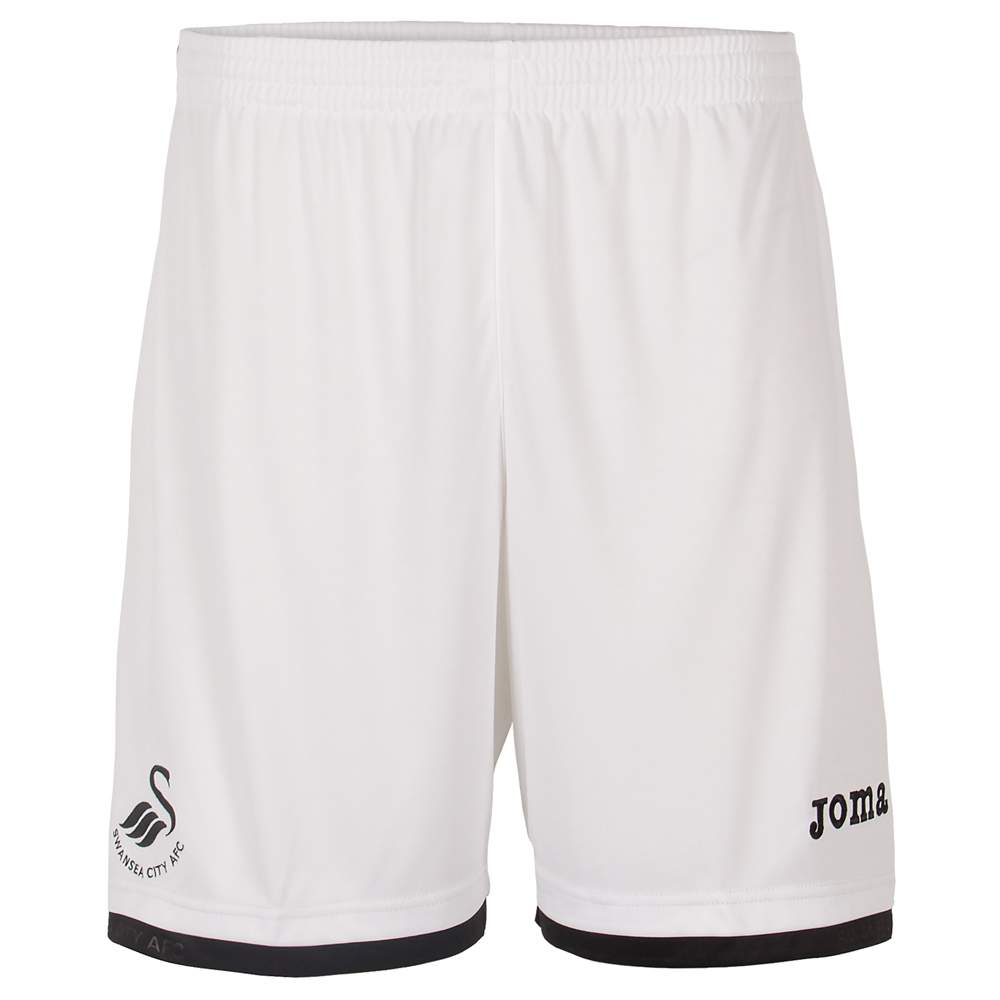 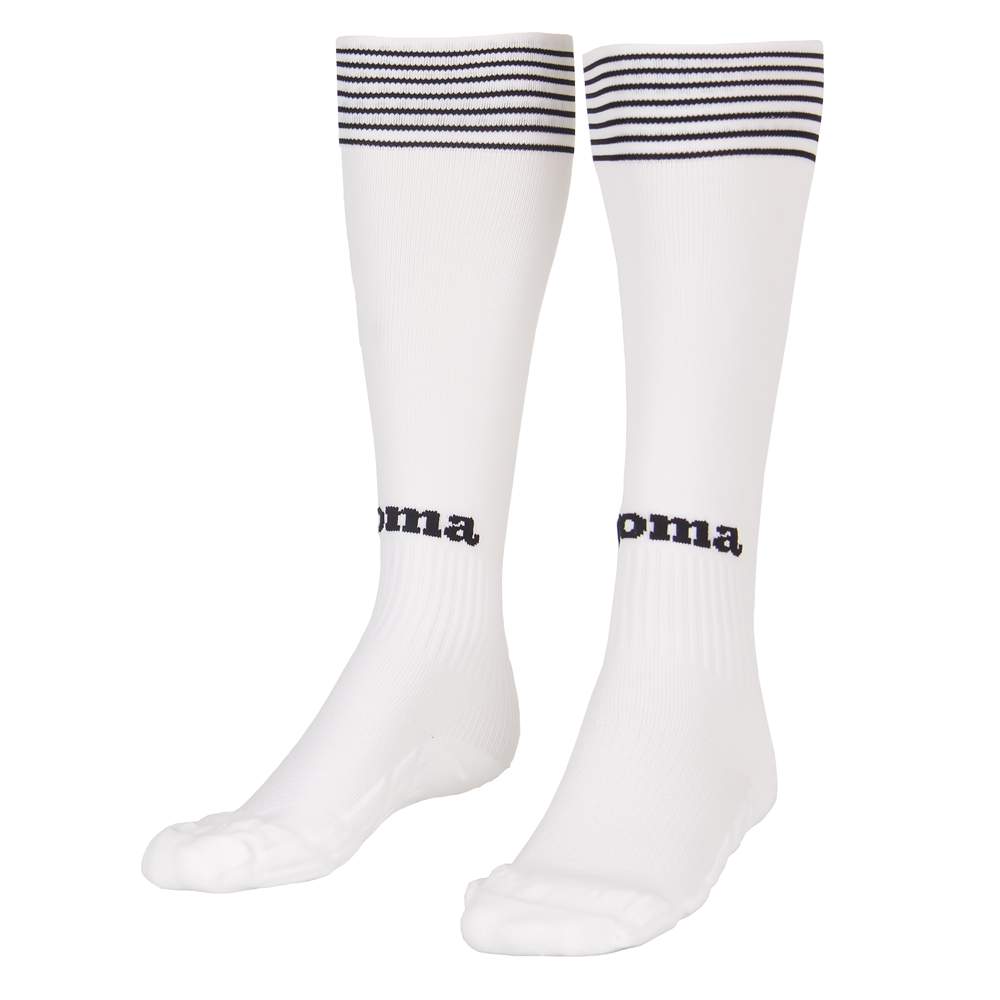 The kit for next season is completed by white shorts and socks, both with black hooped trim. 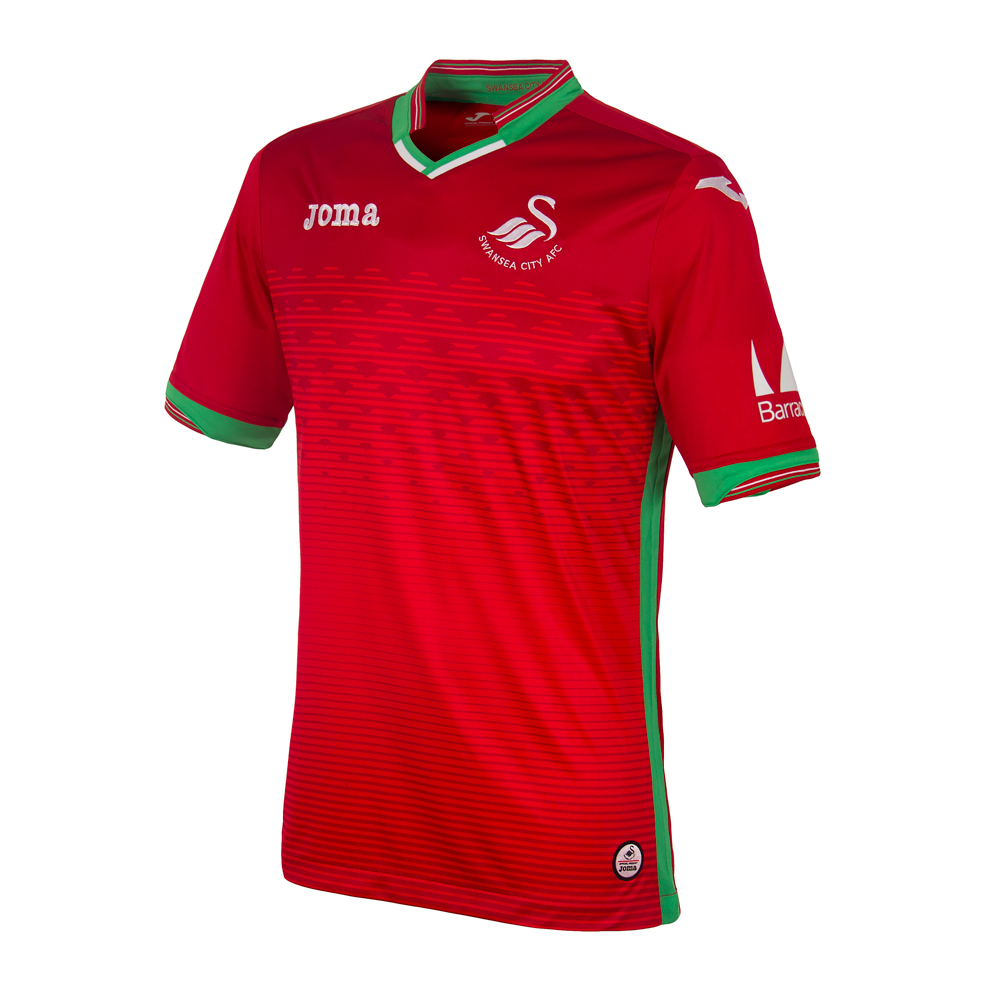 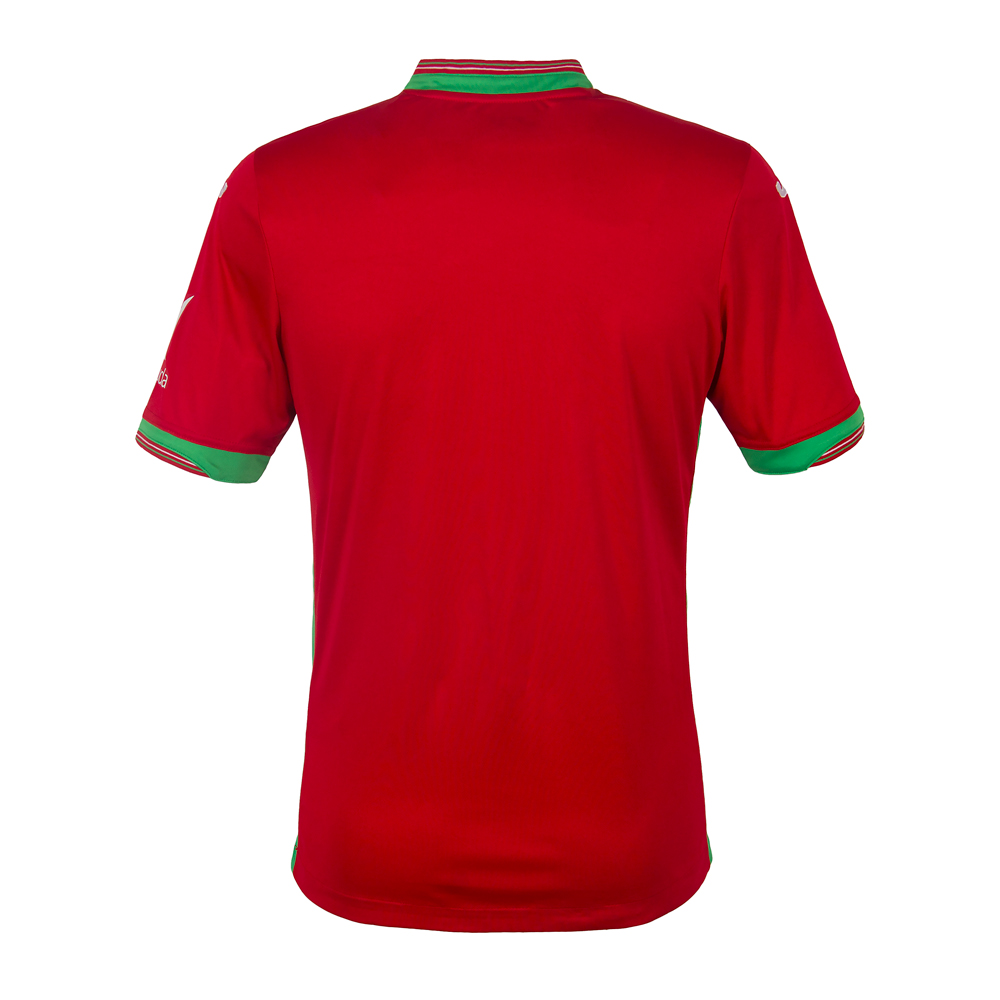 The Swans will wear all-red on their travels, a straight swap and stark contrast to their home strip.

A raised red collar with white bands sets the scene for the rest of the kit. White trim follows all the way through, including all logos and accents.

Both kits are ‘true’ football kits but no matter that the club has ‘done the business’ off the pitch, it’s results on it which matter.