It was all-change yesterday as Swansea City launched their 2016/17 home kit. Manufactured for the first time by Joma, the kit also features the debut of new sponsor, BETEAST. 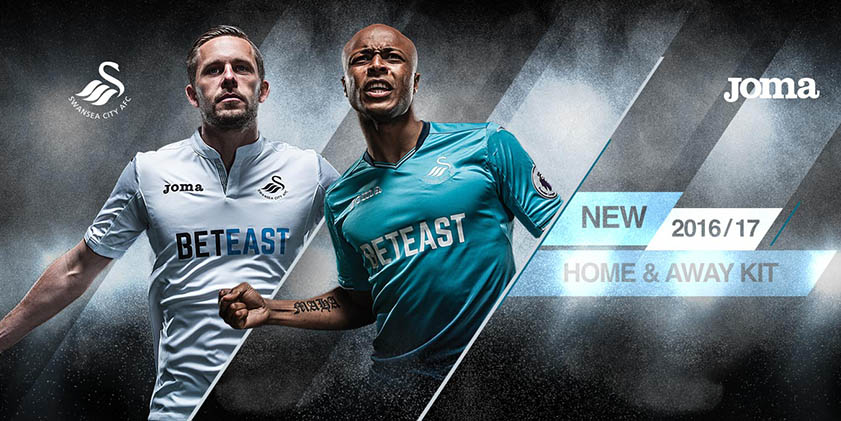 This is the home kit that Swansea City will wear for the 2016/17 season. 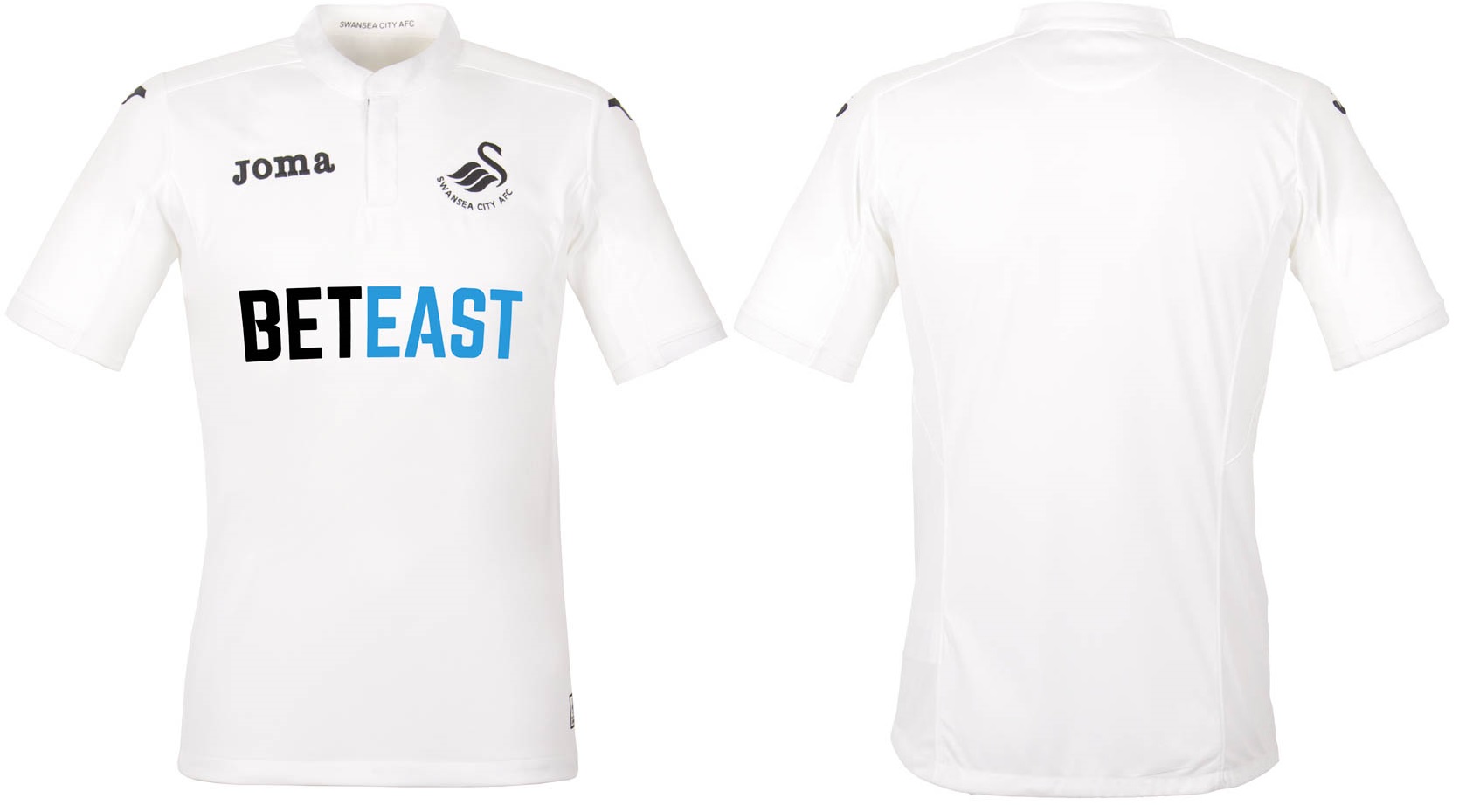 It’s the seventh consecutive season that The Swans will take the field in an all-white kit. In an age when all manner of flashes and piping are added to kits, it’s refreshing to see Joma take a straightforward approach to the home kit. The collar is winged with a three-button neckline.

All-white isn’t an understatement. The only colour is from the manufacturer’s logos on the shoulders, chest and shorts, along with the sponsor logo on the chest and the club crest. 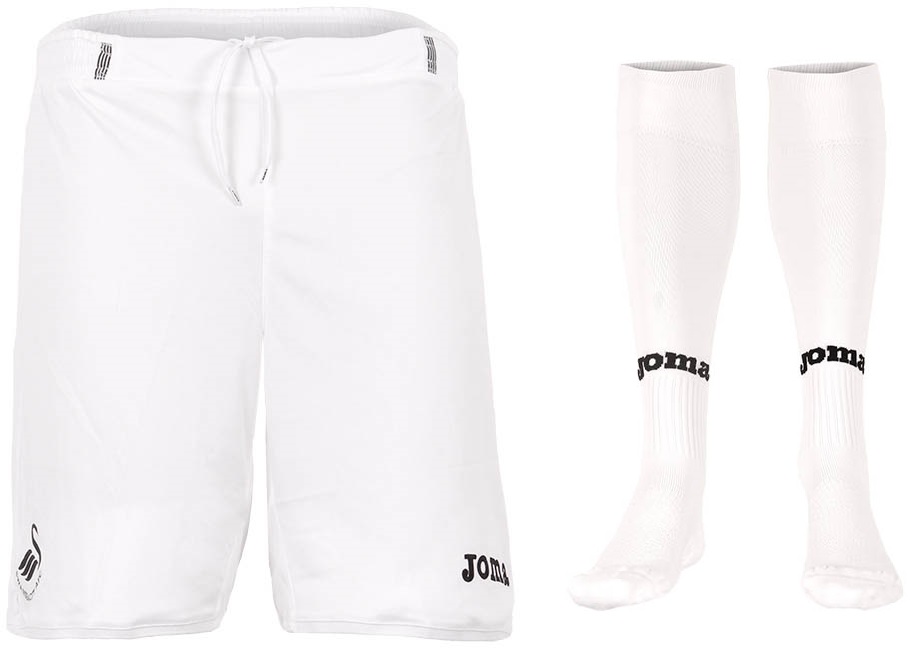 This is the kit which the Swansea City goalkeeper will wear home matches during the 2016/17 season. 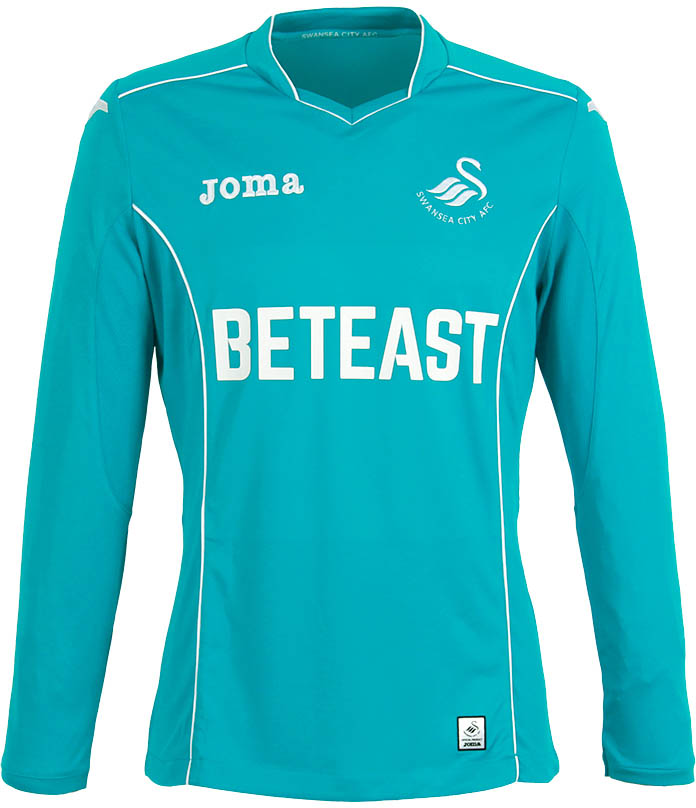 The Swans goalkeepers will be wearing an all turquoise kit for next season, making it one of the more unusual in the Premier League.

As with the outfield players, Joma have gone for a straightforward kit design although this time, they have added some white piping to the shirt.

The collar line is a pentagon shape, with straight back and sides giving way to a slightly arced v-neck. The shape is accentuated by the white piping. Other areas with the white addition are the shoulders and the body of the shirt.

This is the away kit which Swansea City will wear during the 2016/17 season. 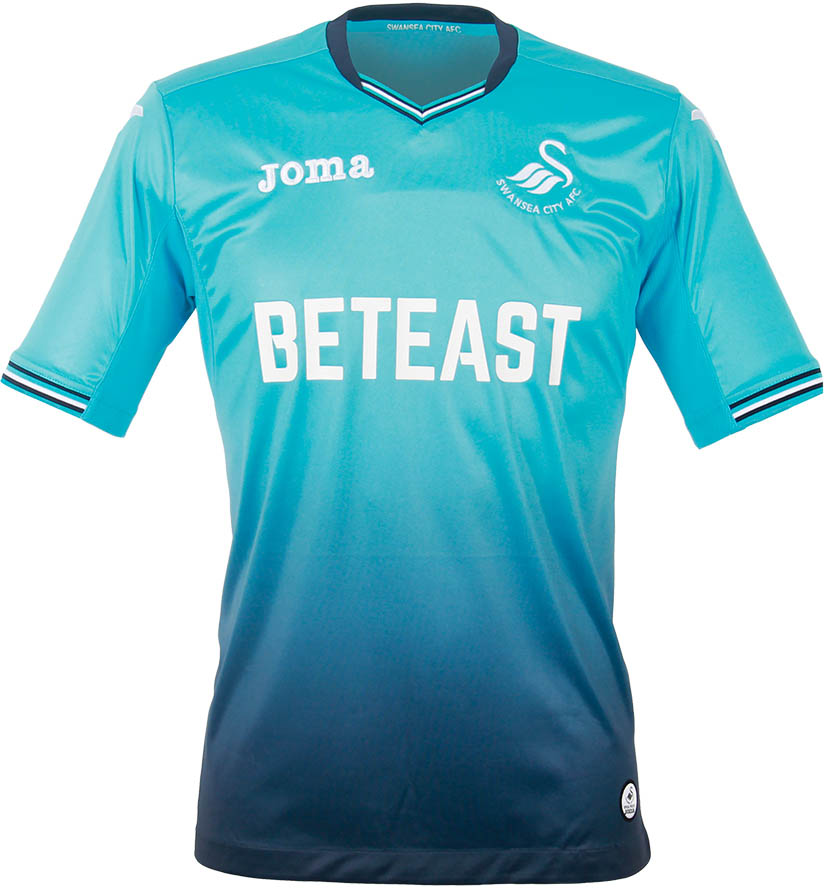 If Joma kept it simple for the home kit, their artistic talents were unleashed with the away kit!

The body and sleeves of the shirt are turquoise but gradually merge into navy blue in the bottom third. It’s certainly one of the Premier League’s more vivid shirt designs. The collar is navy leading into a navy and white striped v-shape, similar to the goalkeeper’s kit. The cuffs have the same stripes across the outer half of the sleeve, giving way to a turquoise underarm panel.

The kit is completed with navy shorts and turquoise socks.