Swindon Town released their 2017-18 home kit against the backdrop of relegation from League One. The Robins were touted as promotion hopefuls but slipped into the bottom four without being able to recover. 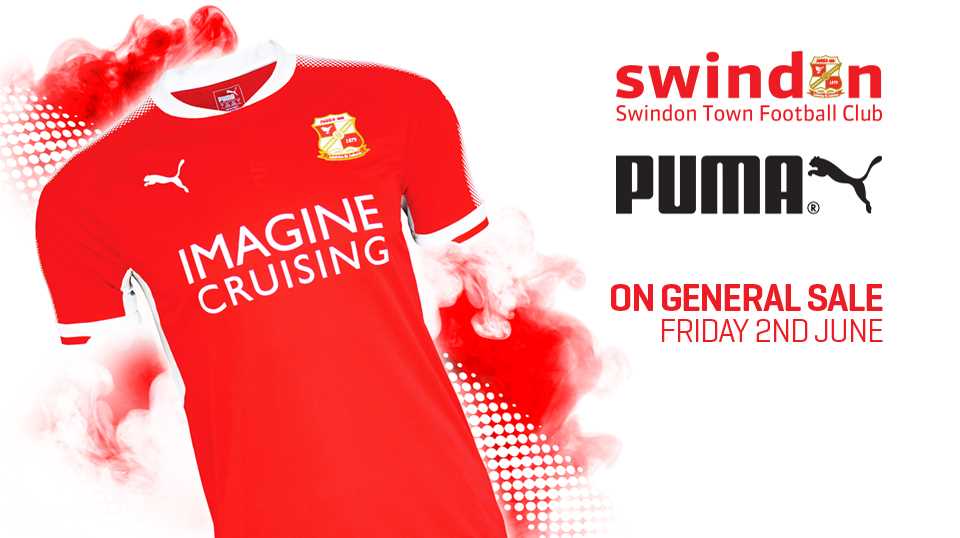 All is not lost. The last time Swindon dropped to League Two, the Robins bounced straight back to League One. It’s come too late for Luke Williams whose reign as Head Coach came to an end early in May.

Still, it could be worse for Town fans; they could have ‘Tactics’ Tim Sherwood to rely on. Oh… 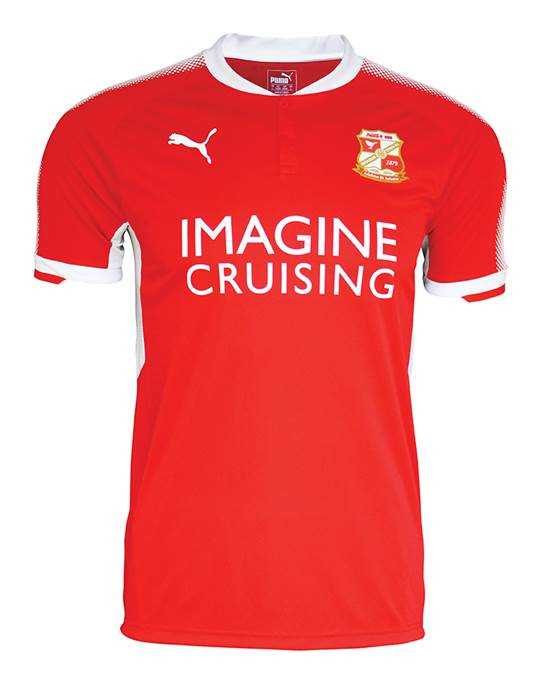 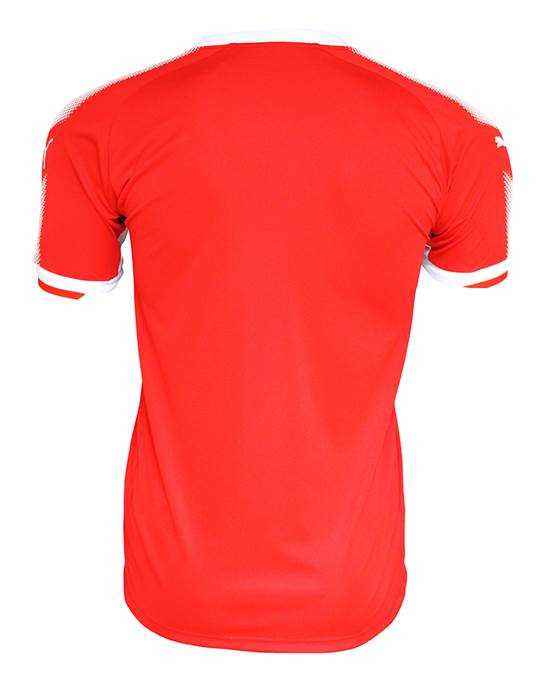 The club’s traditional red shirt returns. First worn toward the end of the First World War with only tweaks to the trim and piping since. 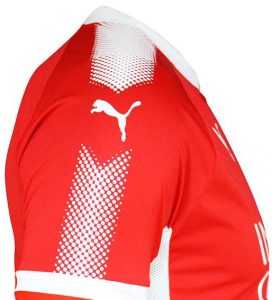 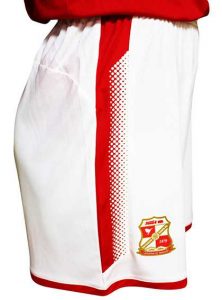 A shoulder panel comprising white dots and housing Puma’s logo, runs from the two-button white collar to the white and red cuffs.

Under the arm and partially covering the side, is a white panel. White shorts with a red stripe on each leg, coupled with red socks with a thick white band at the top.

It’s a classic football kit shirt; unfussy design and with a modern twist on the shoulder panels and cuffs. Will it inspire the Robins to promotion and be remembered fondly in the Town End?