Thailand‘s new 2016/17 kit received its first outing during the World Cup qualifier against Saudia Arabia in Riyadh last week. The visitors lost by a solitary goal, conceding a penalty late on in the match. Tomorrow night, they face Japan in Bangkok. 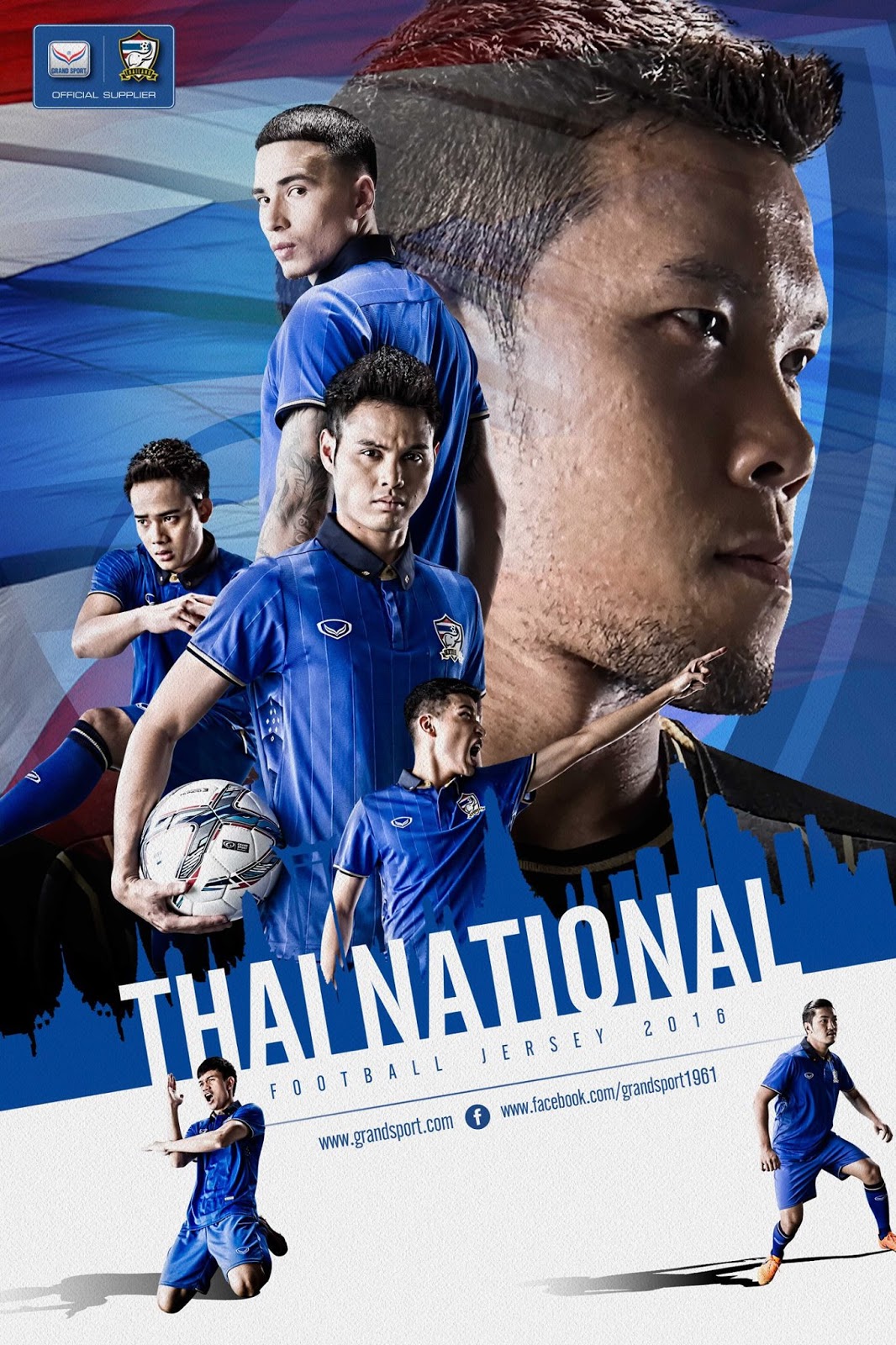 The all-blue kit is made by Thai sportswear manufacturer, Grand Sports, with the slogan, “Flesh and blood of Thailand”.

Tonal royal blue stripes, each bordered by light blue piping, cover the body of the shirt. The button down collar, in dark navy, features a starched look, whilst the cuffs are gold and dark navy. 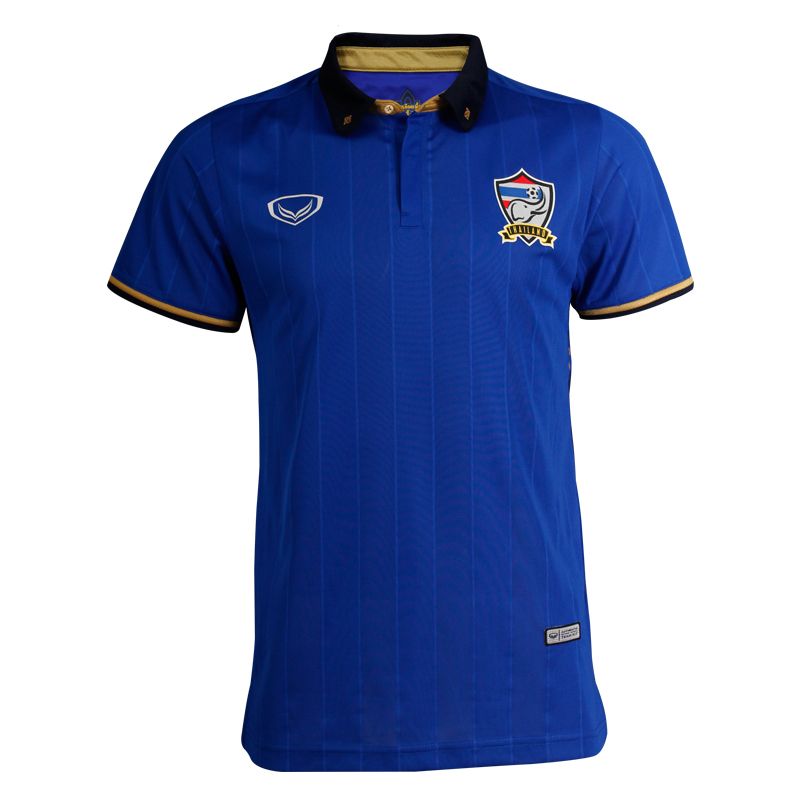 The same pattern covers the back and sleeves. Across the shoulders, the tonal blue stripes are horizontal rather than vertical. 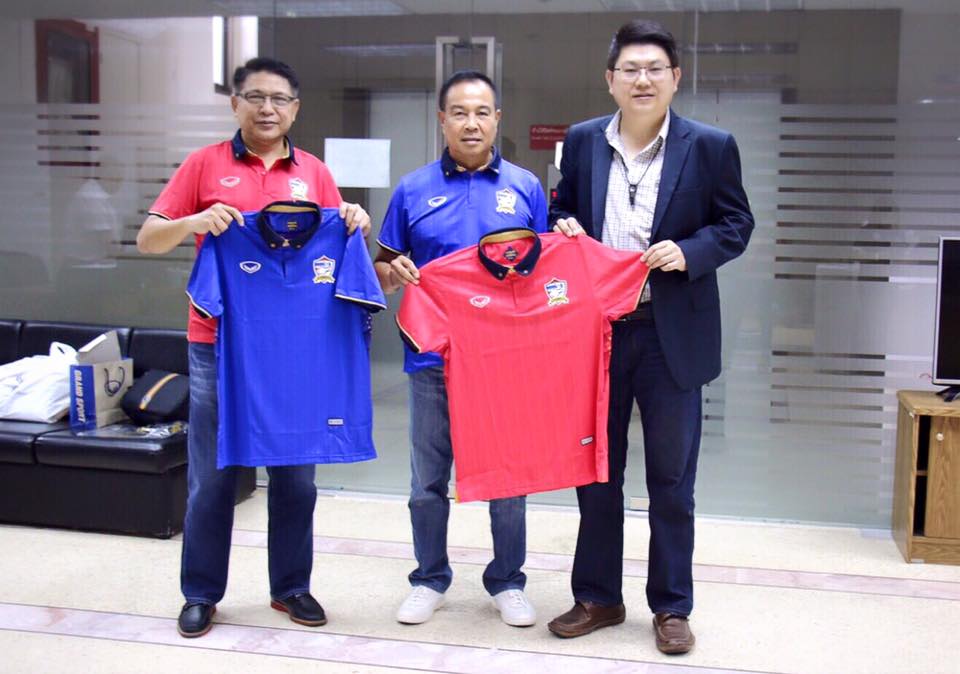 The red shirt relies on the same design template as the national team’s blue kit. This time, the tonal red stripes are separated by lighter red piping. The collar and cuffs are the same dark navy and gold designs.

Traditionally, the Thai national team has worn red as their home kits but it’s unclear at this stage whether the colours have been reversed.