The Medusae, UX Accuro and Velocita silos received a makeover last week with a new colourway released by Umbro. 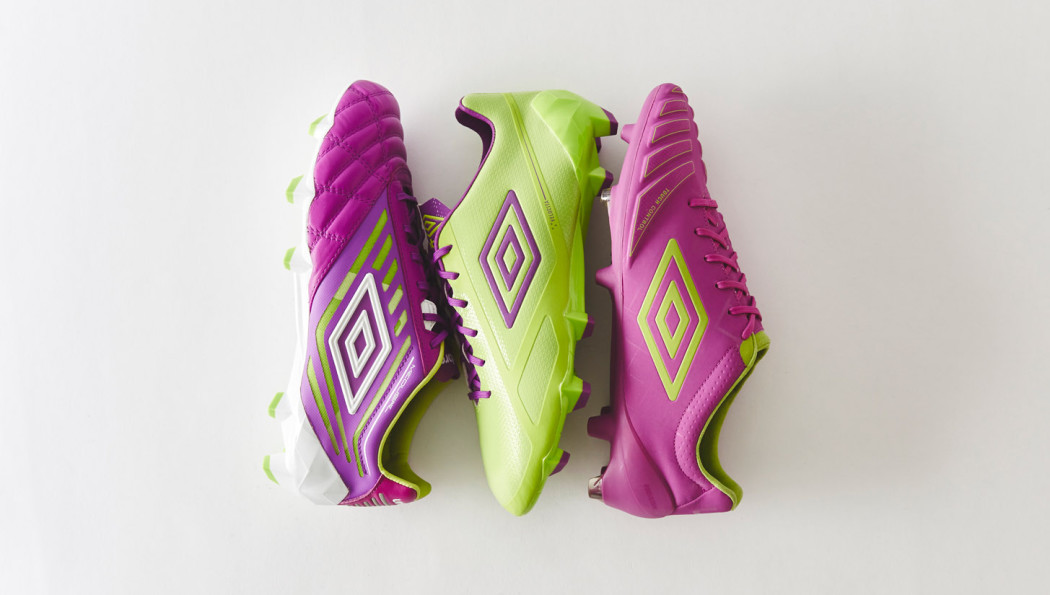 Umbro’s choice of colours is vivid with bright purple and lime green featuring strongly in all three silos.

This is the Umbro Medusae colourway for this autumn: 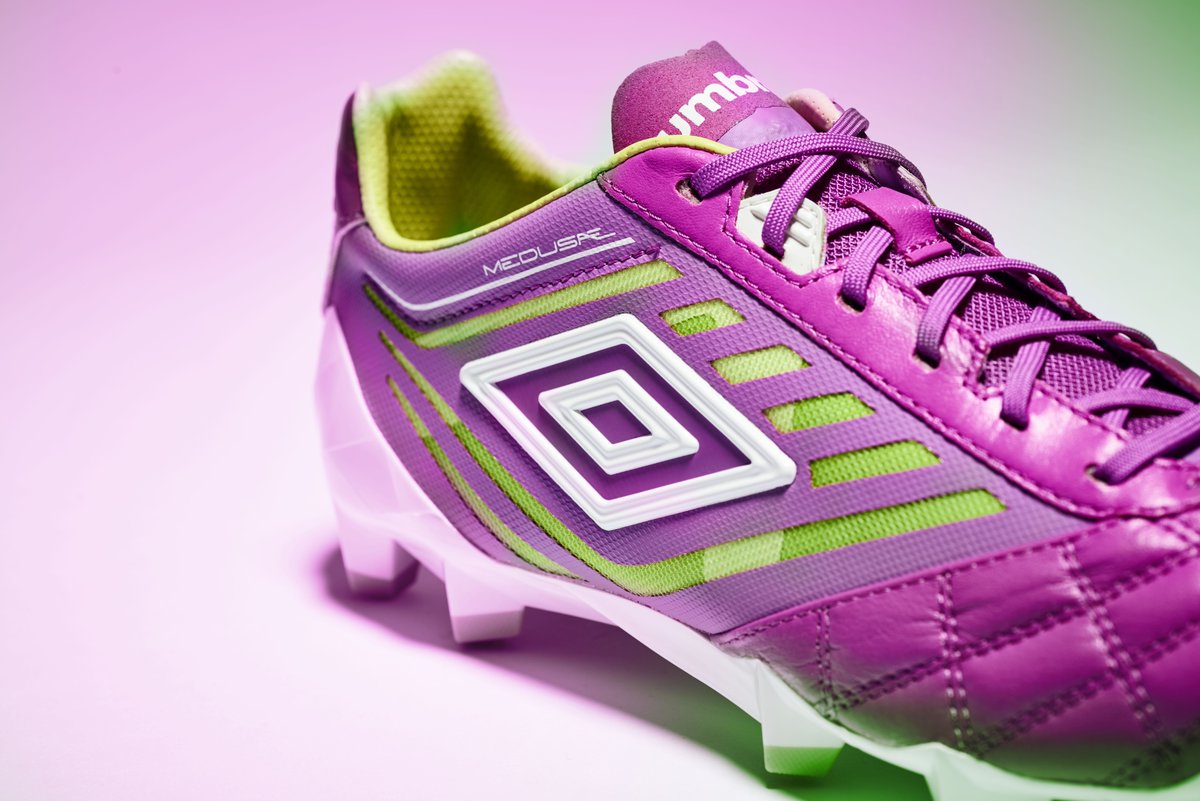 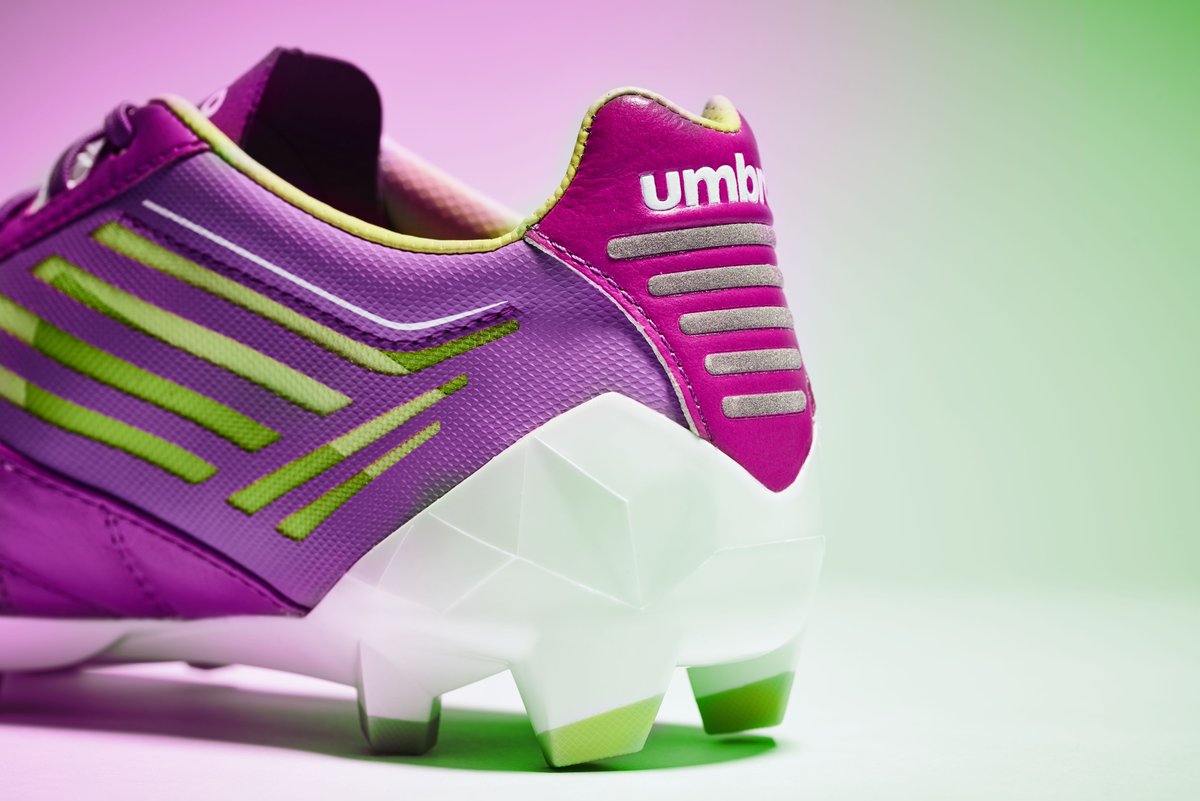 The Medusae boots don’t invoke any new technological advances with this colourway. It is a bold design, with the while the boot manufacturer’s double diamond standing out on the side of the boots. The soleplate with green stud tips and flashes cuts a stylish swathe through the design. 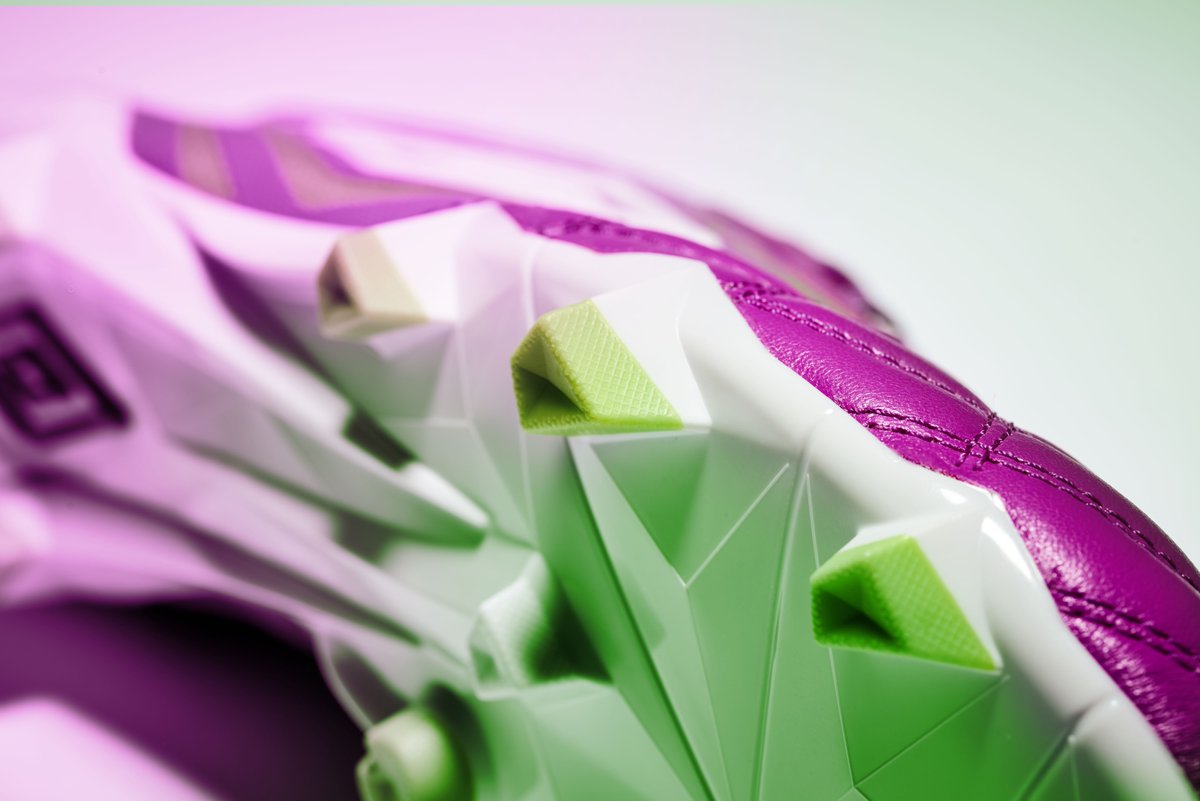 This is the UX Accuro autumn 2016 colourway: 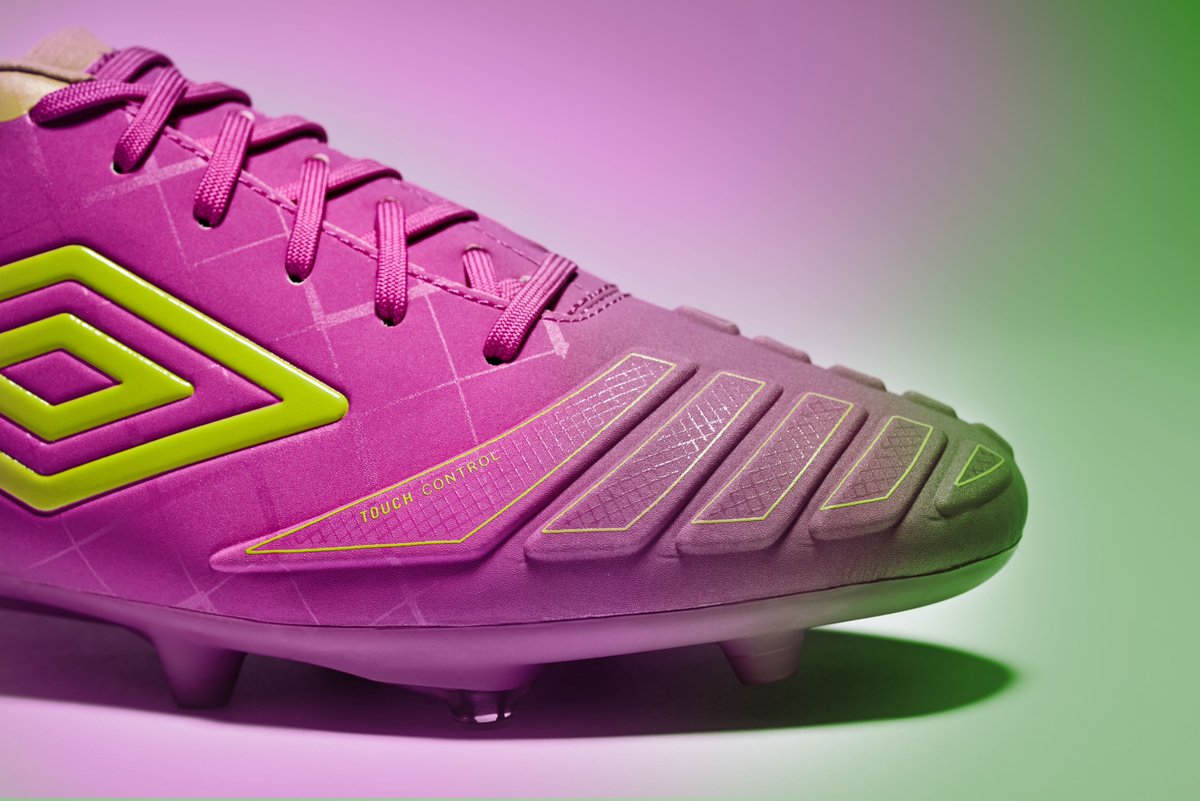 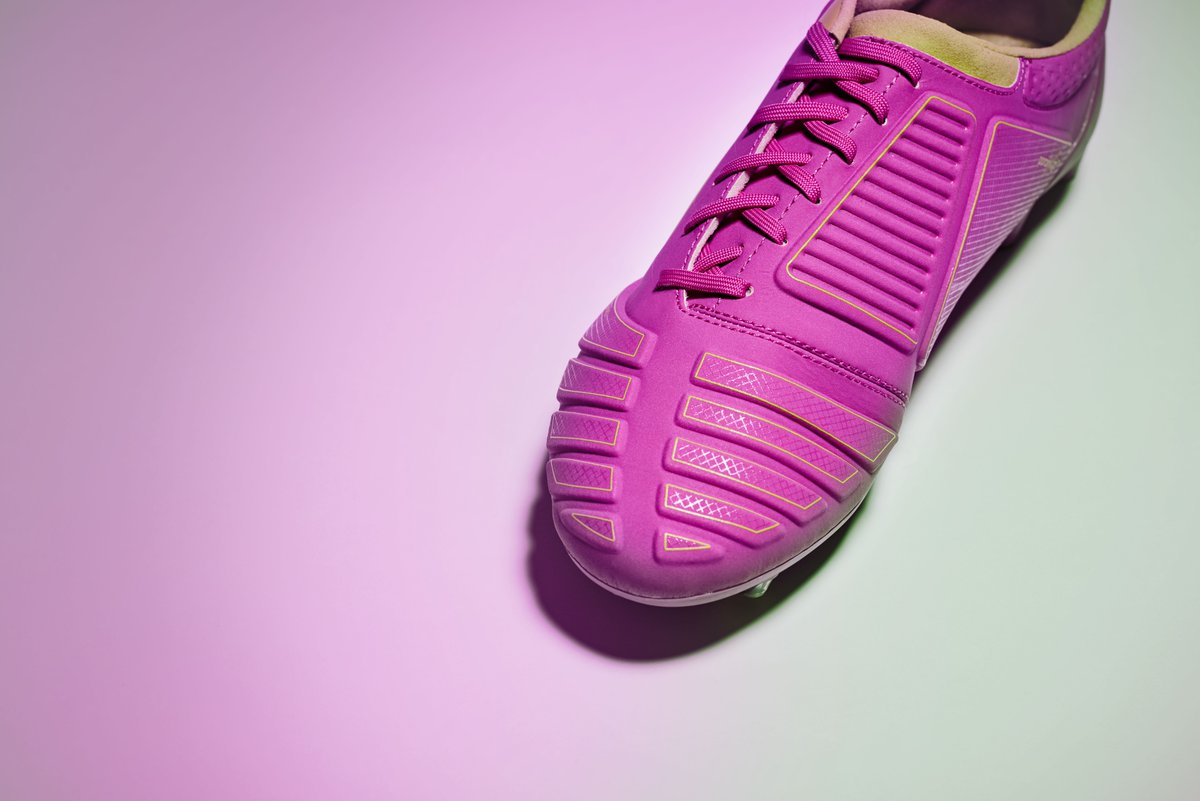 A subdued colourway compared to the Medusae. Can anything with bright purple and striking green be subdued? The PR’s reckon the colourway gives the boot “an almost Joker-esque cartoon edge”. Make of that what you will.

This is the new colourway for the Velocita II boot silo: 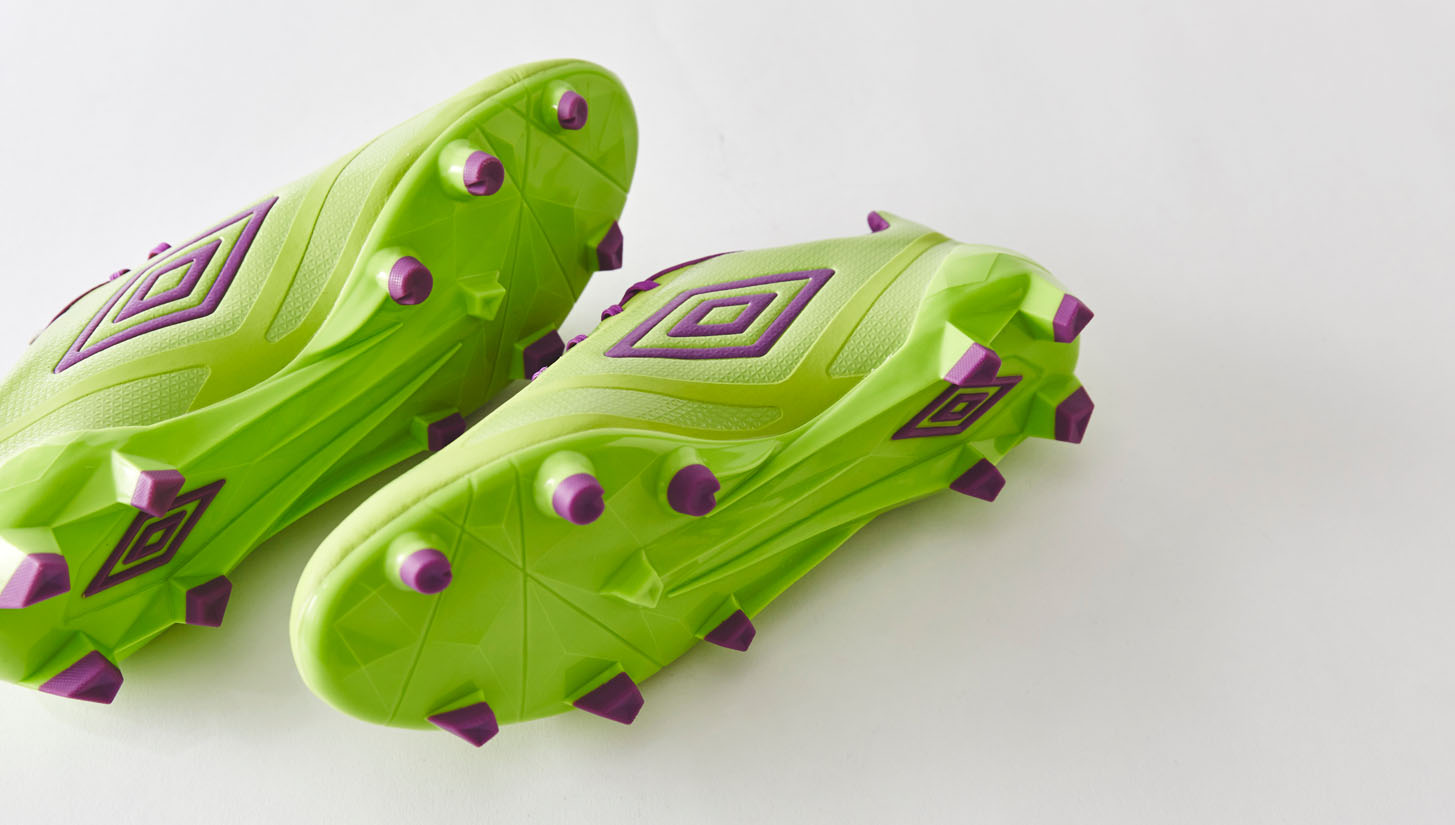 The Velocita II reverses the colourway and with its’ lime green lead colour, makes the other two silos seem subdued. There is nothing subtle about the boot aside from the weight: it remains the lightest boot in the manufacturer’s range. 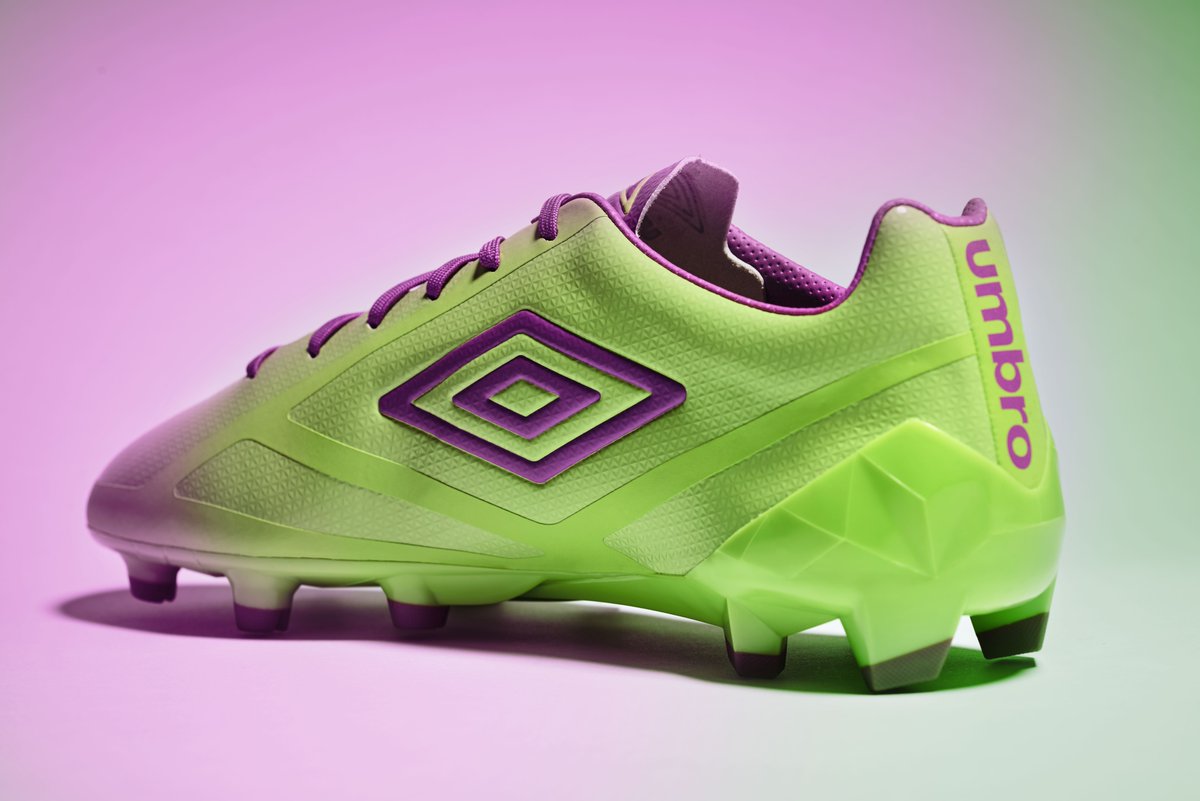 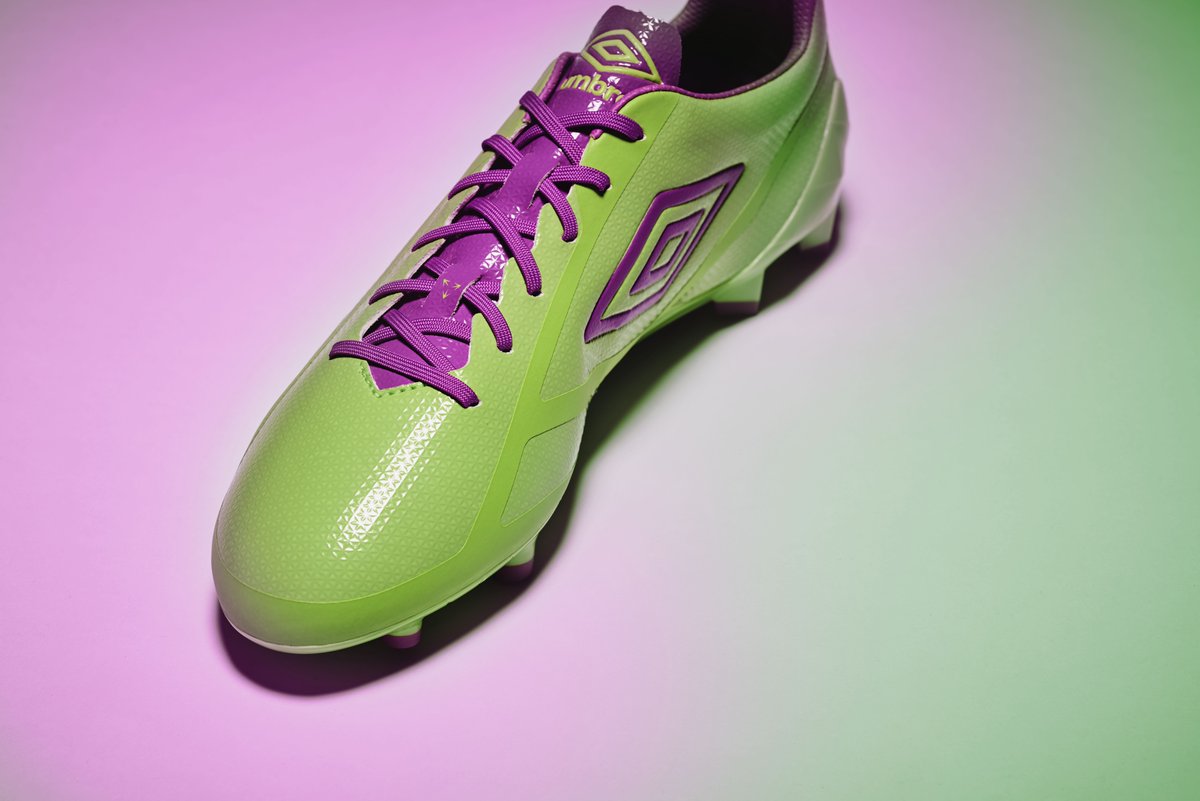 It’s claimed the boots get you noticed and there’s no argument about that. The bold colours work well together but there’s no way you won’t stand out from the crowd with these on your feet.