Two weeks ago, during the hottest days of the year so far, we showed you Netherlands’ latest home kit. The home kit had the wonderful orange, combined with a modern pattern that we’ve been seeing rather a lot of in the build up to Russia’s 2018 World Cup. While they might not have qualified for the competition, head coach Ronald Koeman will be hoping that anything, even the release of Nike’s latest design will spur his team on to qualification and even domination at Qatar 2022. 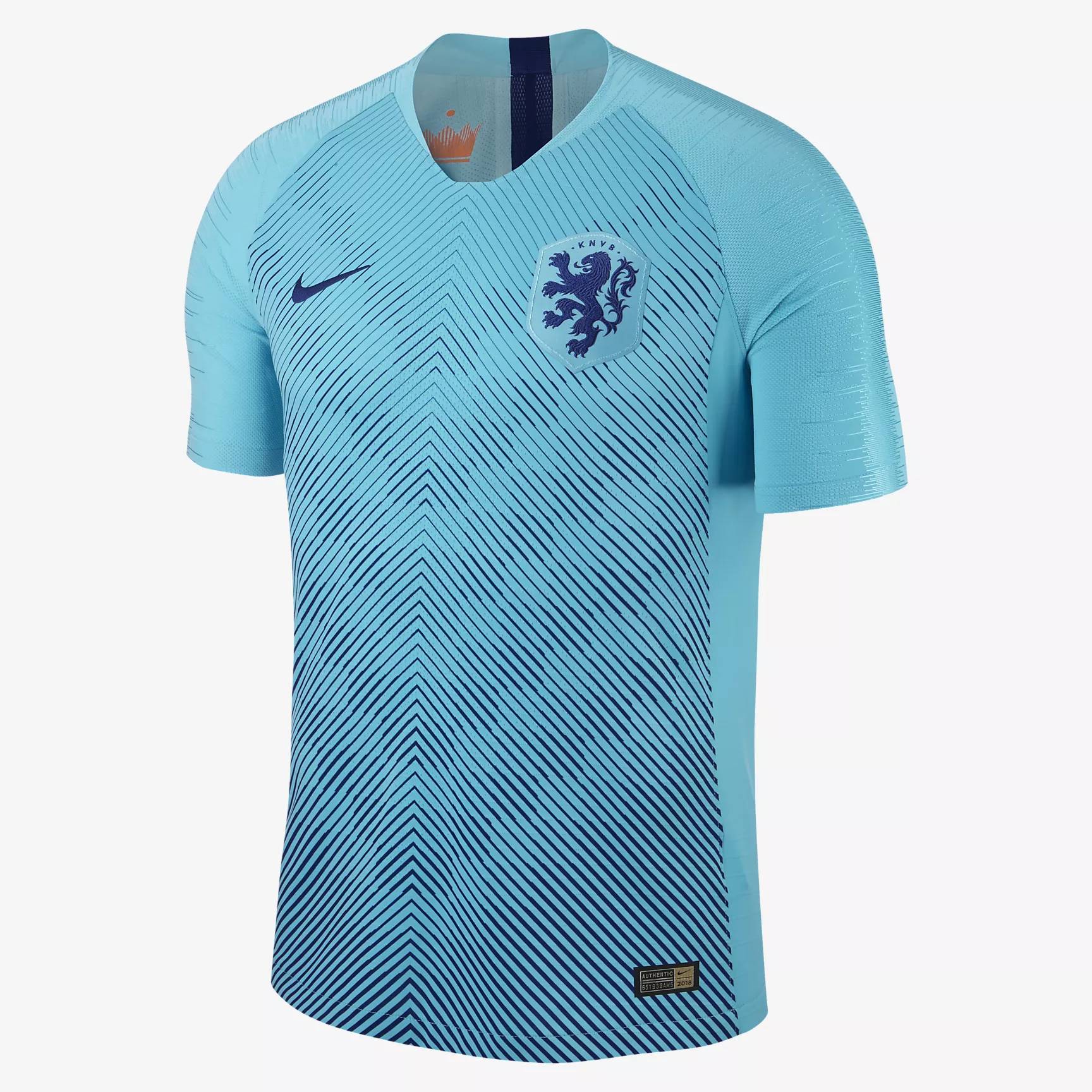 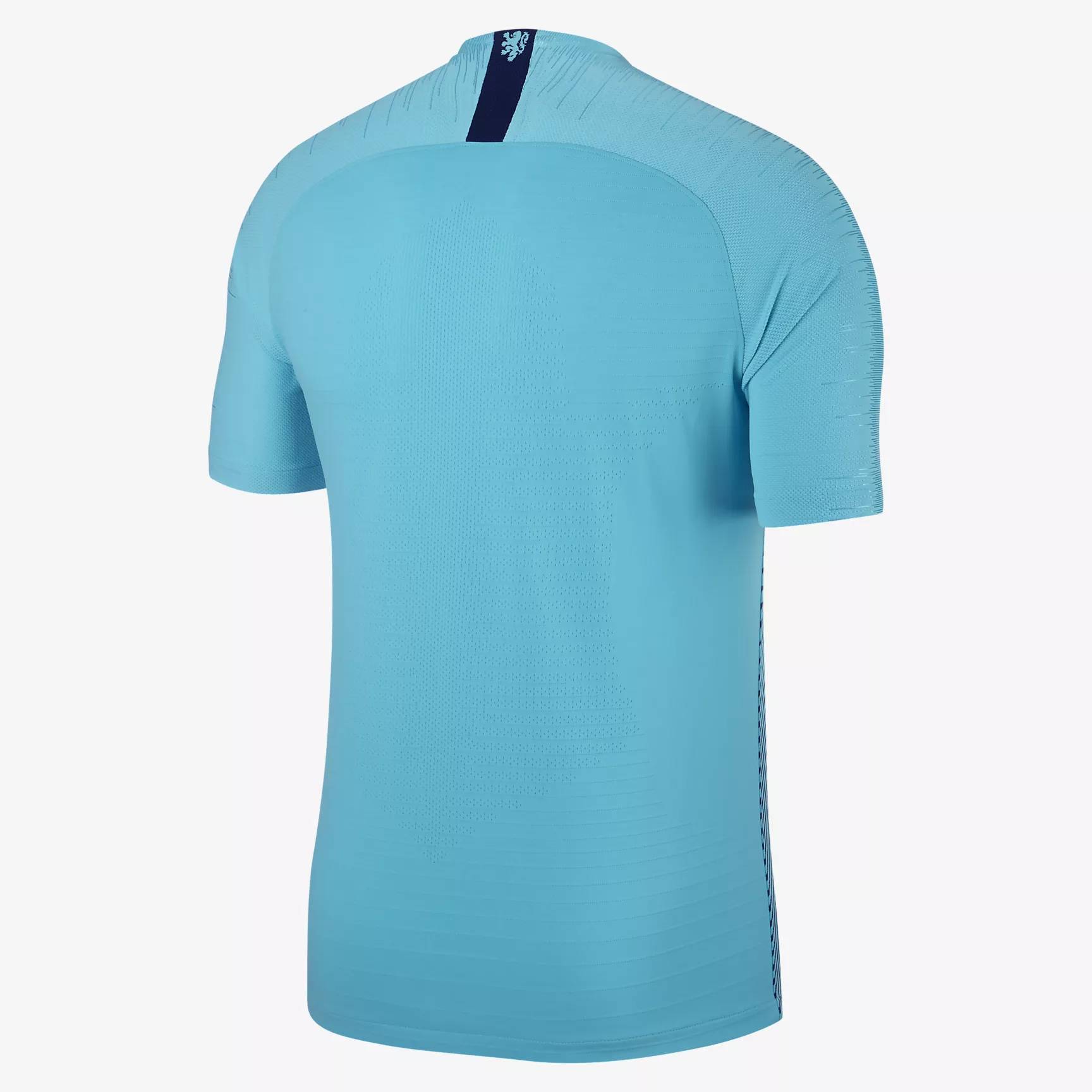 The newly released away kit, in our opinion is even more stunning than the home kit. While orange is a no-brainer for the Dutch international team, the away kit brings the same level of striking zest, with an equally beautiful colouring and a pattern that it is similar to the home kit in its straight-forward nature.

Whereas the home jersey had physical, horizontal lines running across, the away kit features a subtle, lined, checker board. The lines on the front run diagonally to the chest and demonstrate the kit’s dynamic nature.

The colouring is a sky-blue, the same as Manchester City’s kit. Perhaps with this new kit, the Netherlands will also be champions soon enough. 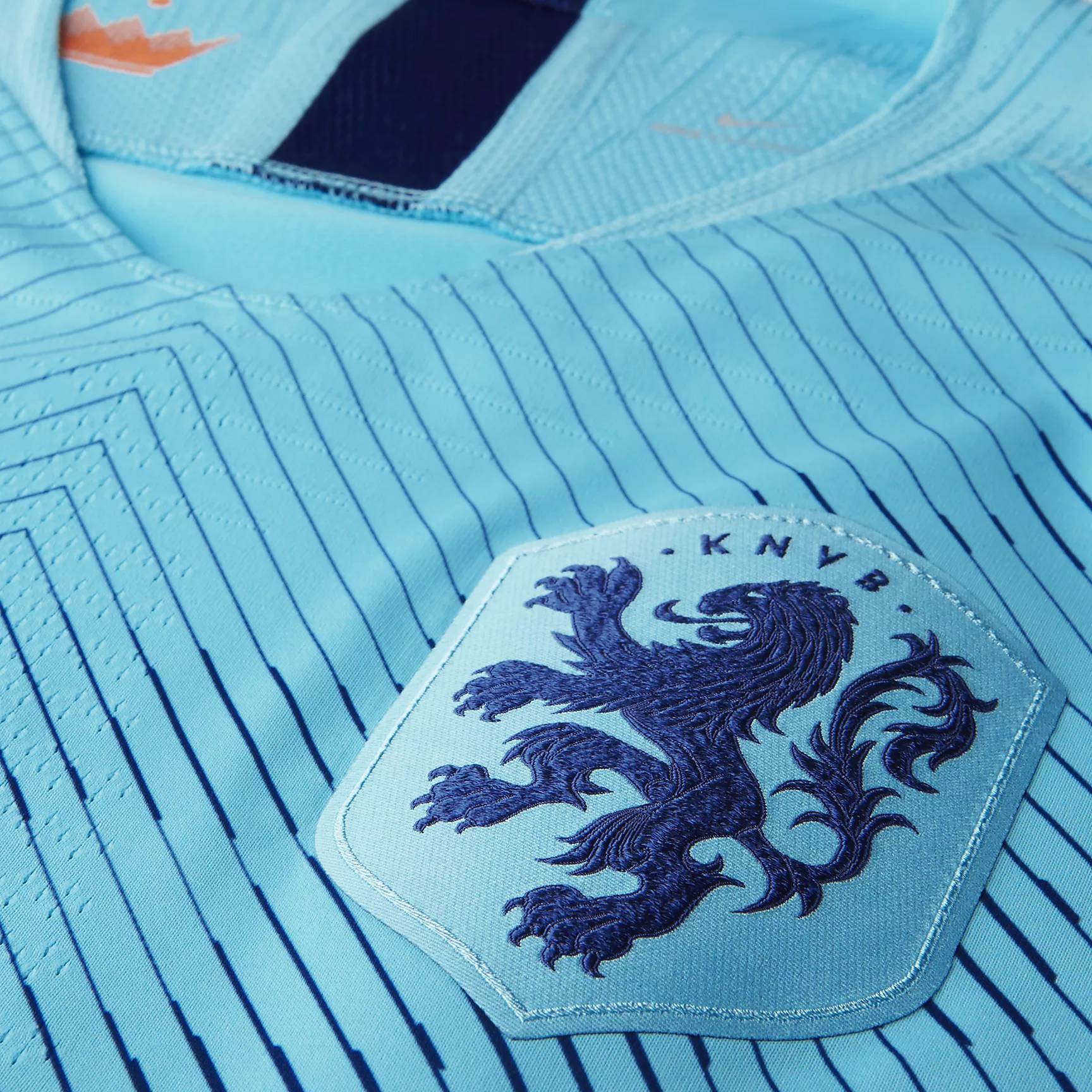 Across the sleeves feature the same pattern we see on the home kit and have also seen across a number of other kits. The pattern is also very difficult to describe – being reminiscent of the sound bars which spark up when recording a track. The lines on the shoulder are digital, perhaps supposed to reflect a modern, forward thinking design from the world’s most recognised sporting brand.

Here at UK Soccer Shop we showcase all kits from all leagues. Many times we show you kits which are questionable, whether in colour, pattern, or marketing strategy, however sometimes we see a kit that we really like, this is certainly a big hit with us.