Football shirts have a wonderful way of evoking nostalgia in many football fans. A club’s kit is a big and probably the central part of their identity. For Celtic FC, their strip is almost instantly recognisable to any football fan the world over. The famous ‘hooped’ jersey is synonymous with the club, and there have been many variations over the years.

UKSoccerShop.com polled Celtic fans on what jersey they thought was the best their club has ever produced, Home or Away.

In at number 10 is the 90’s away kit affectionately known as the ‘Bumble Bee’. This kit has always seemed to divide opinion among Celtic supporters. The bright and bold yellow with the black was certainly something very new for the fans back then. Many nowadays associate this strip with the ‘Three Amigos’ – Jorge Cadete, Paolo DiCanio and Pierre van Hooijdonk. Introduced in the 96/97 season, Celtic would wear this for two years having CRSMITH as their sponsor the first year and UMBRO the next, who did design the shirt. 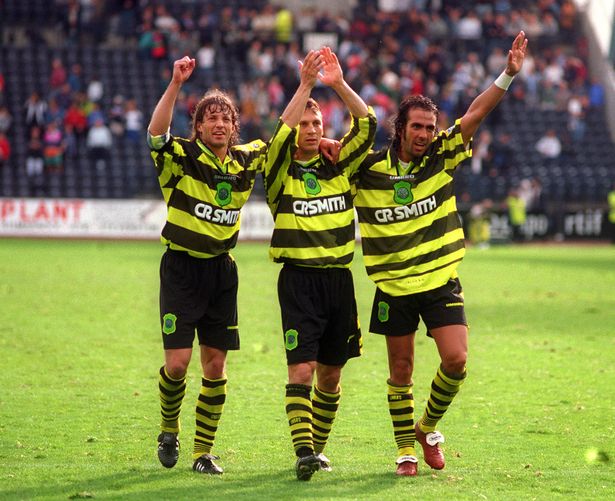 The Famous treble kit of early 00’s cemented its place in Celtic history due to the heroics of the team that season. The hooped design with sponsor NTL on the front, white shorts and ‘Celtic’ stitched into the top of the white socks in green. Trebles are hard to come by and the success of the team under new manager Martin O’Neill seen the team rejuvenated. That is why you probably still see some Celtic fans wearing this particular top on match-days. 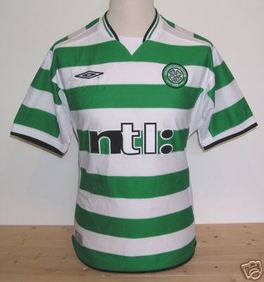 This 80’s away kit was voted in at number 8. Maybe because this current season’s away kit bears a striking resemblance to the one back in the early 80s. The emerald green top with pinstripes accompanied by white shorts and emerald green socks it is certainly one of the more stylish away kits the team has ever worn. It was designed by Umbro back then, and now New Balance has put their spin on the retro shirt.

This Celtic away kit seems to have gate-crashed our top 10, and we aren’t exactly sure why! This design was indicative of the mid-90s when clubs would have over flamboyant away kits. This one must stick in the memory of many fans. Celtic wore this kit more than maybe they should have at the time. Thunderbolts of green and yellow on a white shirt with different colour sleeves were certainly out there but each to their own! 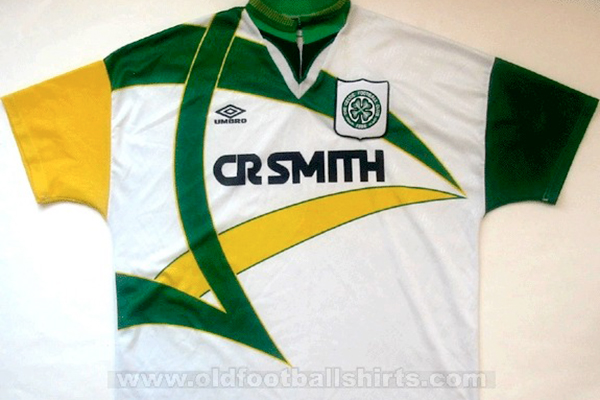 It may surprise some to know that Celtic didn’t start off wearing hoops. They played their first game on May 28th, 1888 wearing a white jersey, black shorts with green and black socks. The shirt is sporting a Celtic Cross on a background of red. Many fans appreciate the design even though it’s not the famous Hoops. The players would wear this kit for a season before vertical green and white stripes were introduced in 1889. 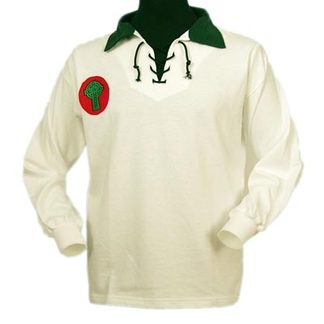 In season 02/03 Celtic had an incredible run to the UEFA Cup final. On the night, they were outdone by Porto, who was at the time managed by Jose Mourinho. It was the hoops in its simplest form. The collar had two plastic buttons, and the shirt sponsor was still NTL, which was their last season sponsoring Celtic. Many have the memory of Henrik Larsson scoring not once but twice in that final wearing this kit. Very unlucky to be on the losing side. 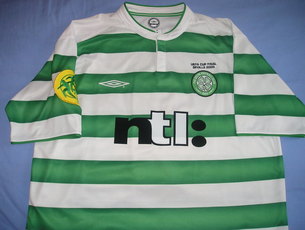 During the Battle of Britain between Celtic and Leeds in the European Cup, Celtic was asked to change their socks by the referee because he didn’t want both sides playing in them. With no alternative socks, Celtic’s opponents Leeds would provide them with orange socks for the night. For one-night-only Celtic played in the green and white hoops, white shorts and orange socks. They won the 3-1 on aggregate over the two legs. We wonder if the change in socks helped their cause.

At number 3 Celtic’s centenary strip proves to be a sentimental choice by the older fans in the support. The 1988 season saw Celtic win a domestic double, and it would be their last trophy for some time. The kit itself was again sponsored by CRSMITH a partnership that started in the 84-85 season. For that season, Celtic went back to using the Celtic Cross as their logo rather than the four-leaf clover that they wore since the late 70s. The logo was also in the shorts along with the player’s squad number in a bold green. 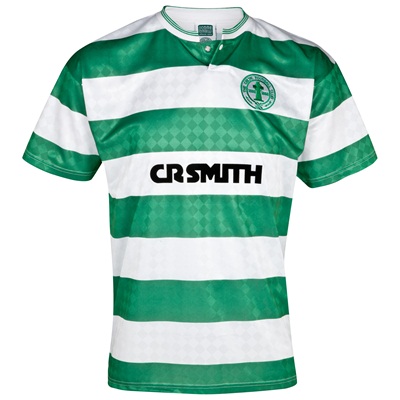 Coming in a close second is one of the club’s newer kits. Celtic celebrated their 125th anniversary back during the 2012-2013 season. The kit that year was designed to reflect this. The usual sponsor logo was put on the right-hand side of the top next to the crest. The socks which usually would be green and white were changed to black reflecting strips of old when Celtic regularly turned out in black socks. During this season, Celtic toppled the mighty Barcelona 2-1 at Celtic Park on the Night of their 125th anniversary. That night and the strip will be right up there for years to come. 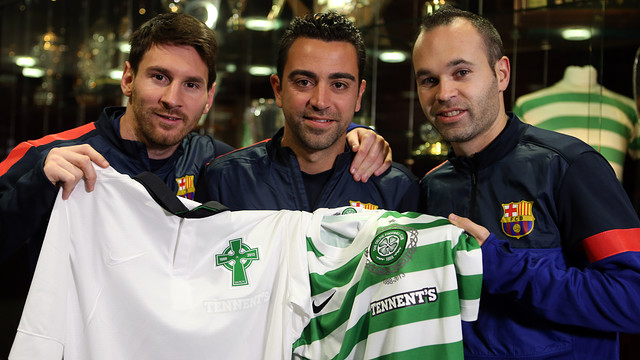 Coming in at a clear number 1 is Celtic’s 1967 jersey. The strip itself was used between 1965 and 1972 and was worn by the Lisbon Lions the day they won the European Cup. For that very reason, this design has stood the test of time. Primary green and white hoops with squad numbers again on the player’s shorts. The iconic strip is best associated with the captain that day – Billy McNeill, who ascended to the rafters of Estádio Nacional to hold the famous trophy aloft. 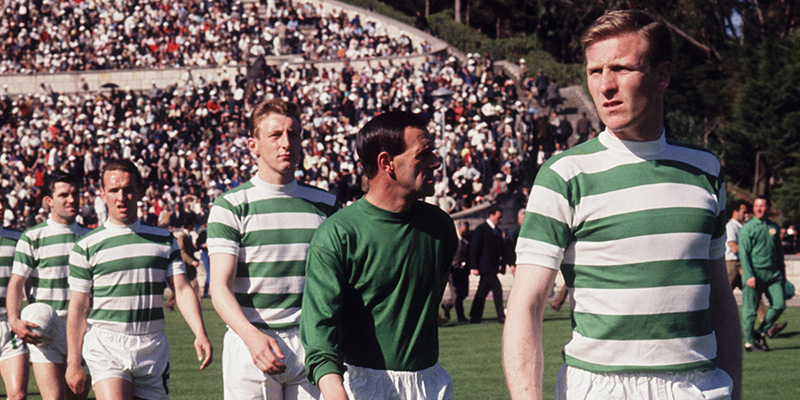 What do you think of the top 10 as voted for by Celtic fans?

Will New Balance make the list one day there 2016/2017 design should be just around the corner?