Fans will brag about ANYTHING, from the quality of their football shirts to the capacity their stadium holds, this is why some fans keep an eye on attendance figures, and we’re more than happy to keep them informed.

Here are the TOP 10 attendance figures for this season

There are your obvious teams you would expect in the top 10 table, but there’s a couple of gatecrashers in there that you might not expect. Dortmund take the mantle as the biggest average crowds in Europe this season so far and by quite a distance. However, you have Borussia Mönchengladbach sneaking into the list. A club that you certainly wouldn’t have thought had such a large average attendance.

The top Premier League side is Manchester United with Arsenal and Manchester City also making into the Top 10.

Has your team made the top 10? 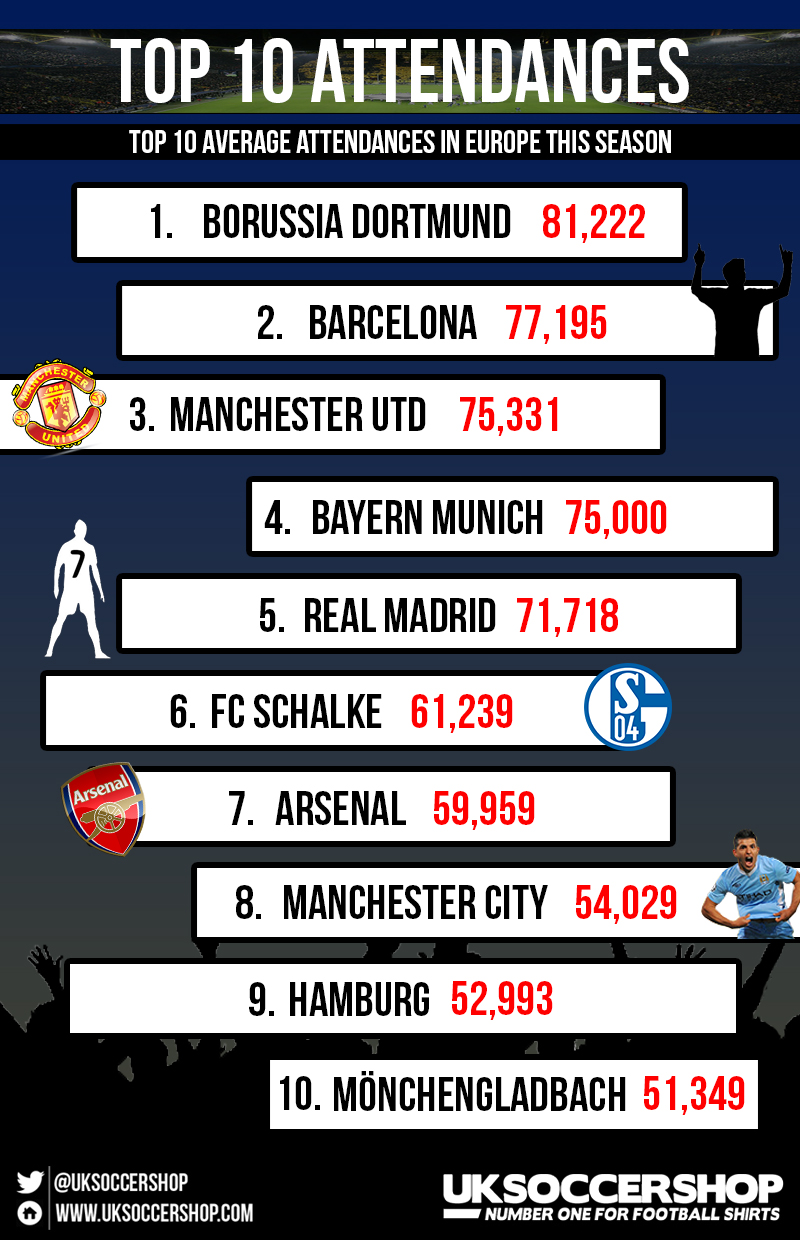