Football shirts aren’t just colours the team wear on a Saturday; they are much more than that. Football jerseys are a vital link between, players, clubs and fans and give them a sense of belonging and togetherness.

You may be familiar with the yellow of Brazil, the bright orange of the Netherland national shirt and the blue and red of Barcelona but what about lesser known clubs, countries and their colours?

UKSoccershop is about to show you ten football jerseys you probably don’t own and if you do you probably shop with us!! 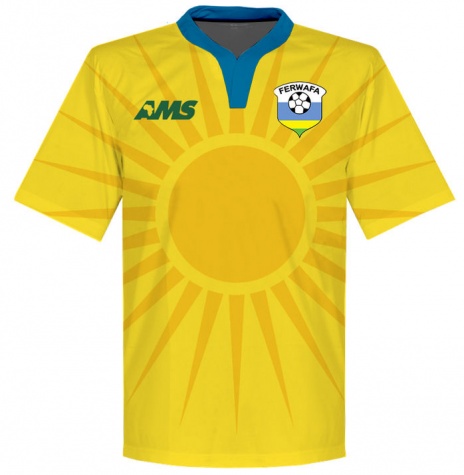 You won’t know much about the Rwanda national team; you might know that they did manage to qualify for the African Nations Cup but failed to make an impact in the tournament. If you’re not familiar with them at all, then you wouldn’t recognise this bright yellow 2015-2016 RWANDA HOME FOOTBALL SHIRT they play in. Designed by AMS clothing the shirt features a large image of the sun over the jersey with the federation badge sitting proudly atop. A football shirt that would definitely turn heads if you were to wear it to 5 asides! 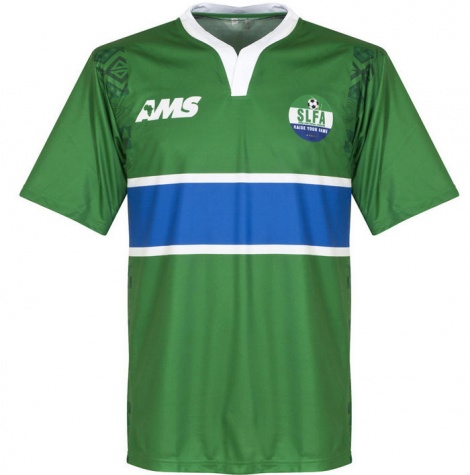 Another design by AMS clothing is the 2015-2016 SIERRA LEONE HOME FOOTBALL SHIRT. This by all means is a very modern looking jersey, sporting a stylish collar and vibrant colours. The predominantly green shirt is complimented well with the white through it as well as the blue stripe across the front. Another shirt that’s hard to come by! 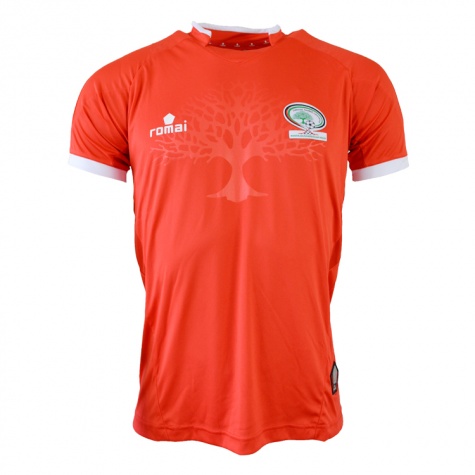 You may be familiar with their troubles in recent times away from the football field but were you aware they even had a national squad? The 2015-2016 PALESTINE HOME ROMAI FOOTBALL SHIRT is a very stylish and bold jersey. The team were founded in 1928 although it took FIFA another 70 years to recognise them. They have never qualified for a major tournament which is a shame because this jersey deserves an audience. The red of the Syrian home shirt with the tree of life in the back drop sets this jersey apart. One for the more avid of football shirt enthusiasts. 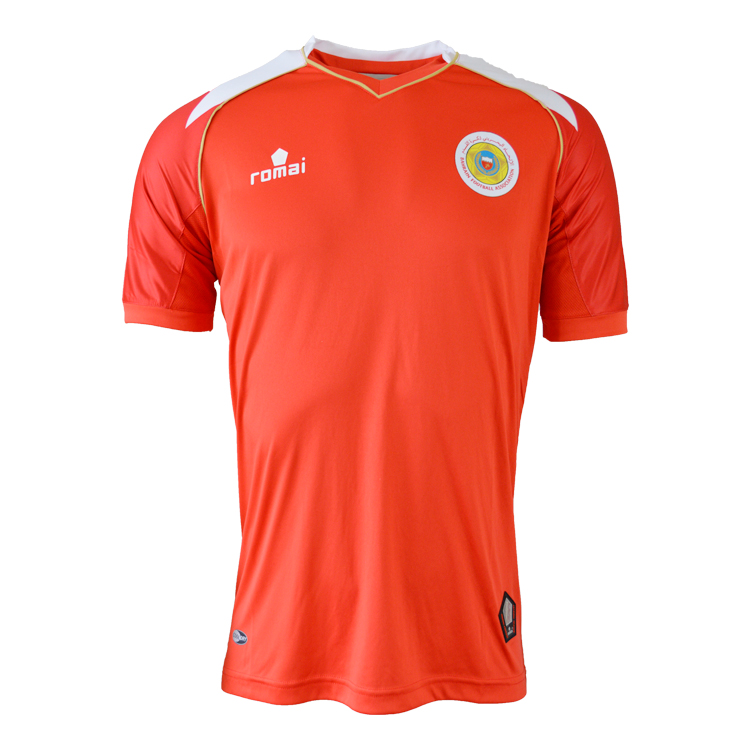 The 2015-2016 BAHRAIN HOME ROMAI FOOTBALL SHIRT is a straightforward and clean soccer jersey. Bahrain has come close to qualifying for the World Cup twice and won the FIFA’s most improved award back in 2004. The redshirt sits well with a v-collar line and white across the shoulders. 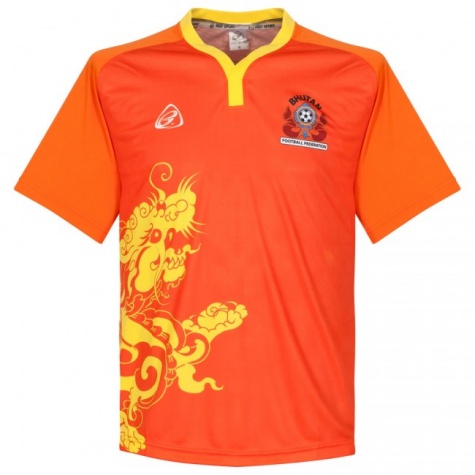 Remember the times you would hound your parents for the latest BHUTAN HOME FOOTBALL SHIRT?! OK, maybe not! But here is their 2015-2016 effort and what an effort it is! The bright orange along with the yellow dragon make this shirt stand out in a big way. Manufactured by EGO sports this football jersey is so wonderfully flamboyant we may just have to put it in our basket right now! 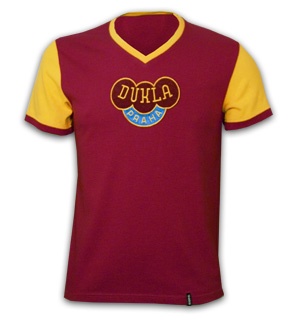 If you were around in the 60’s, then you will know of Dukla Prague more than maybe today’s football generation. They made some waves back then and it wasn’t unfamiliar to see a young lad wearing this jersey which has found its way to our retro wing! The DUKLA PRAGUE 1960’S SHORT SLEEVE RETRO SHIRT is surely one for the football hipster in all of us. The dark red and bright sleeves make this a stand out in the retro shirt isle. 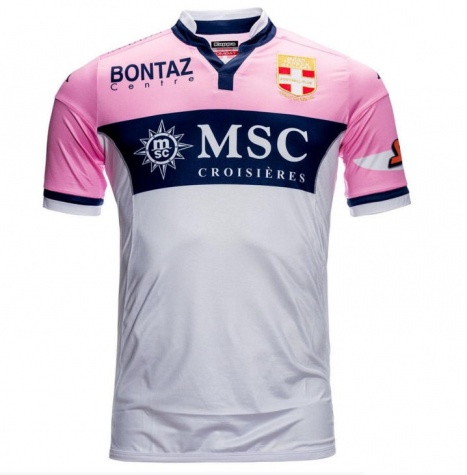 You may not have heard of Evian because they have only been around for NINE years. The club was founded in 2007 and play in France’s Ligue 1. The young club set themselves apart from the rest with this pink and white 2015-2016 EVIAN KAPPA HOME SHIRT. The shirt does have a cycling shirt feel about it with the dark blue sponsor setting the shirt off nicely. If you want a shirt that’s a conversation starter and makes you look like you know more than you do then getting an Evian shirt can’t be a bad shout. 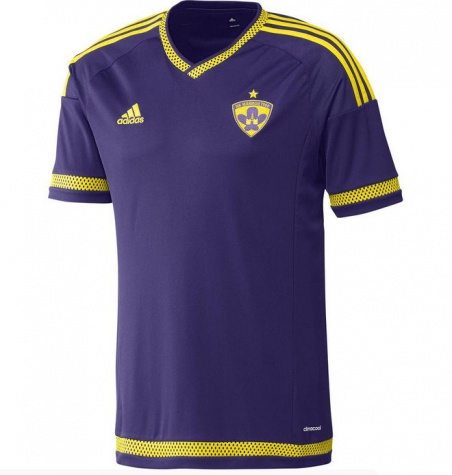 OK, so you’ve probably heard of Maribor, they have been in the Champions League lately and come on leaps and bounds. But can you tell me what colour their home shirt is? The 2015-2016 NK MARIBOR ADIDAS HOME FOOTBALL SHIRT is a class act from start to finish. With classic yellow Adidas stripes on a vibrant purple shirt makes it look modern and different at the same time. 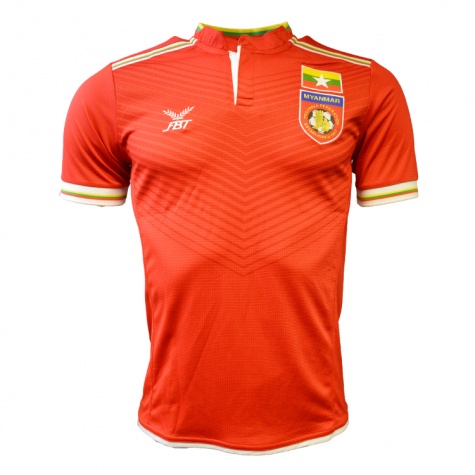 We’d be very impressed if you knew about this shirt! The 2015-2016 MYANMAR HOME FOOTBALL SHIRT is designed by FBT and is the national sides home shirt. The red with the arrow pattern on the chest makes this shirt look distinguished with the yellow at the shoulders complimenting the federations emblem. 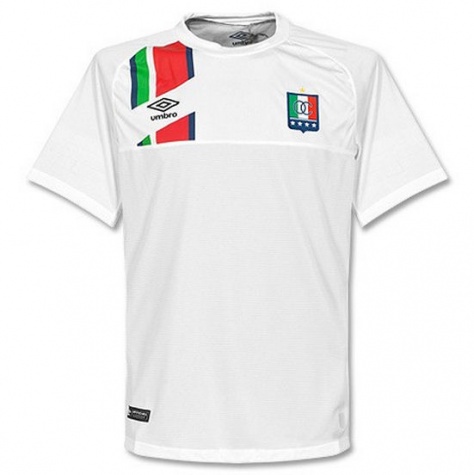 The 2015-2016 ONCE CALDAS HOME UMBRO FOOTBALL SHIRT is right at the top of our list because it just looks so damn good! In fact, it could get confused for an Italy away shirt. That’s where you swoop in and tell misinformed people that it belongs to a Colombian football side they have heard nothing about…EVER! 1-0 TO YOU!

Top 10 BEST Celtic Kits of All Time
Infographic: History of Every England Shirt Worn in Euros
To Top