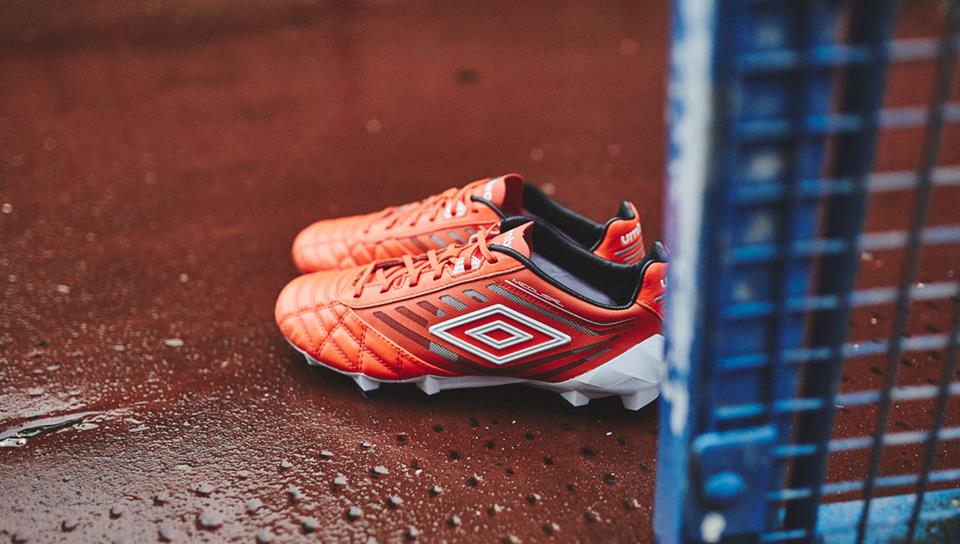 The pro boot collection – UX-Accuro, Velocita II and Medusae – have been given a fresh look by using grenadine, black and white in a striking new colourway. 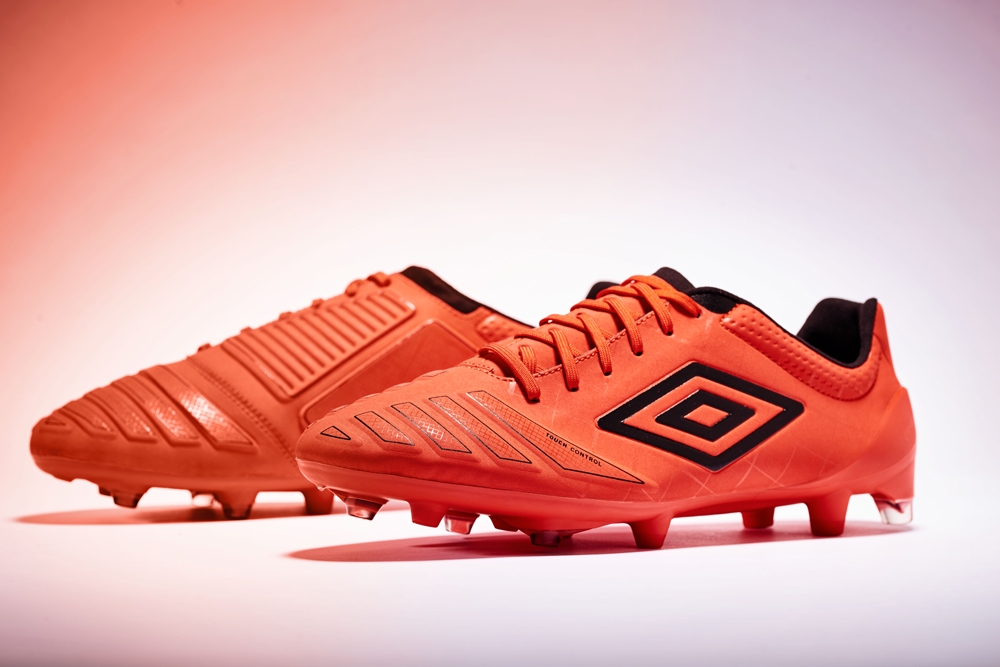 Using the latest boot technology, the UX Accuro is the most comfortable football boot yet. On the toe and inner foot, there are ‘Touch’ and ‘Strike’ zones designed to offer the best ball control in any conditions. The studs have been reconfigured into a ‘pro-stance’ formation. 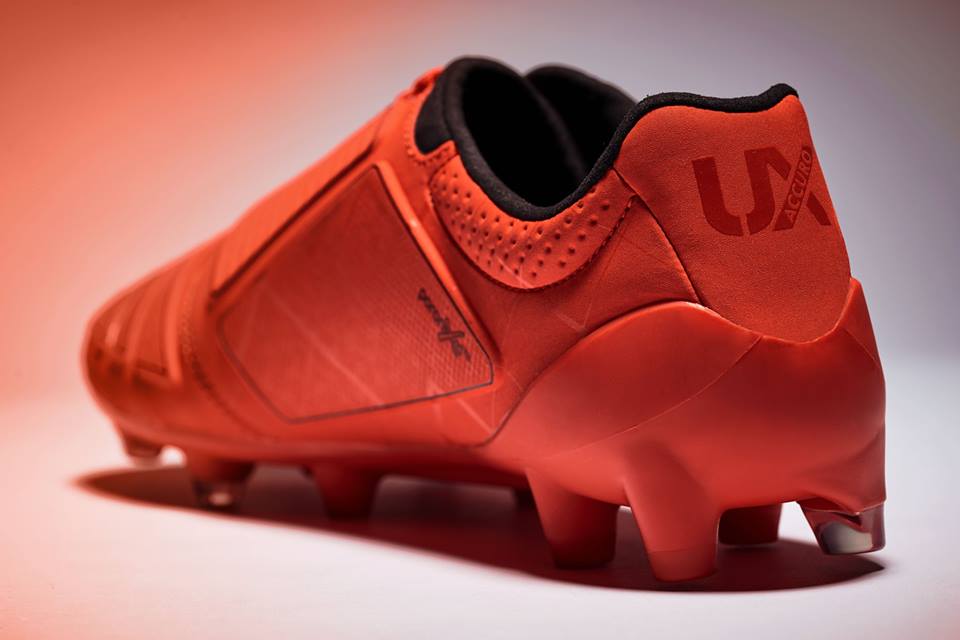 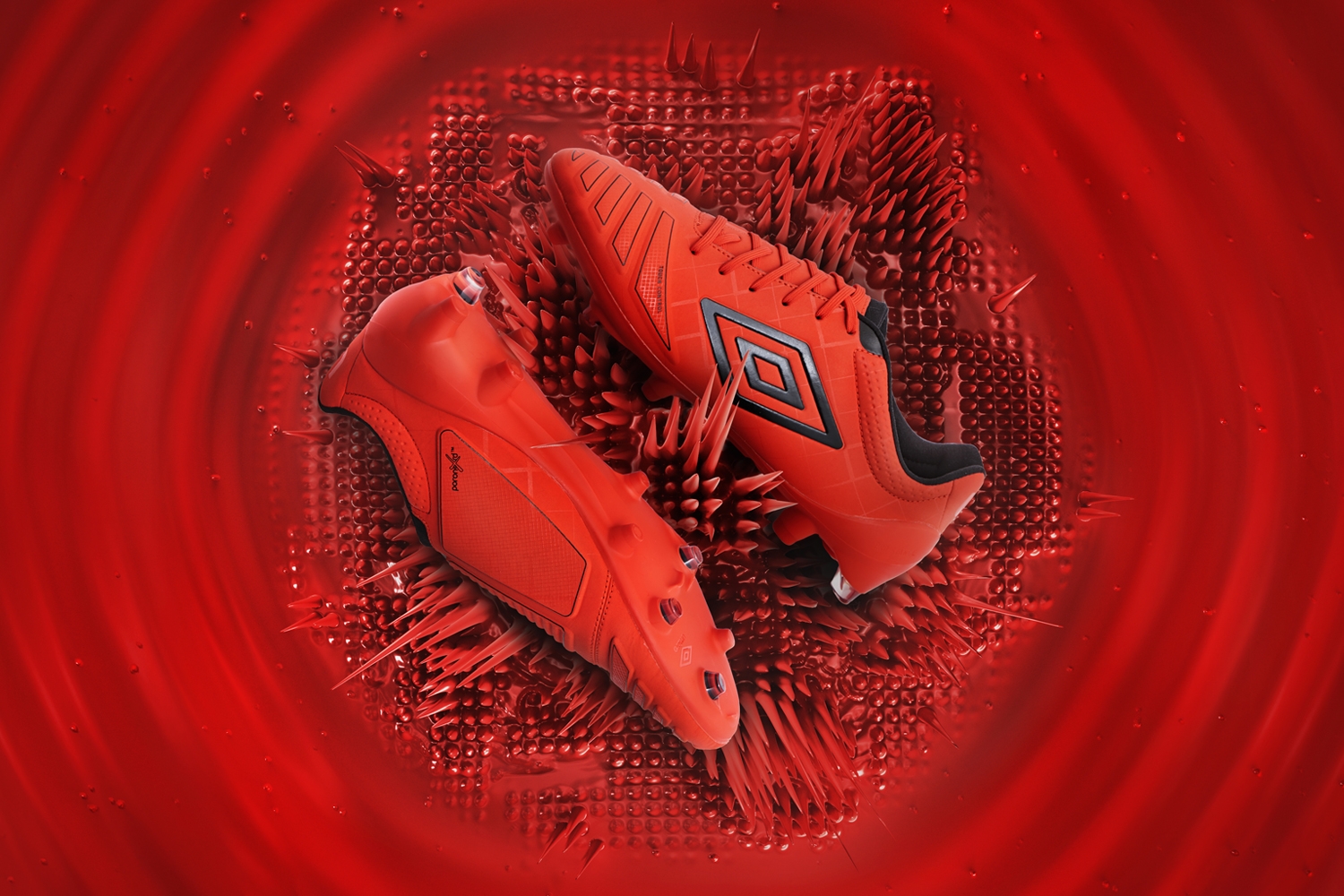 Umbro’s lightest ever football boot features a mico-fibre upper. Designed for agility and pace, the Velocita II is the second-generation of this boot. 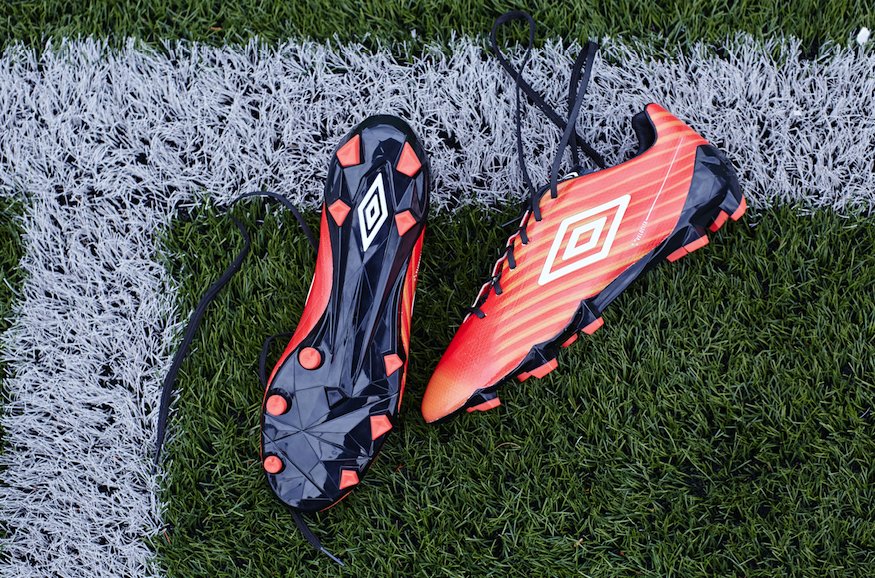 The upper maximises ball control, particularly in wet conditions, via the ridges formed from the cross-pattern stitching. 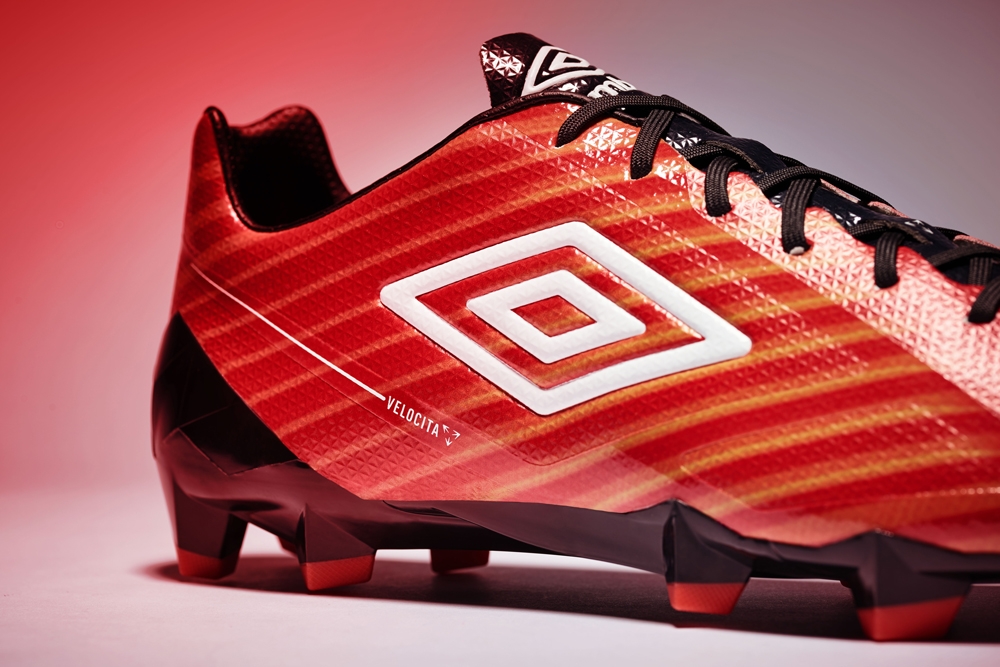 On the soleplate, enhanced stability comes from the external heel counter for more stability, with improved traction and speed coming from the mix of round and triangular studs.

The Medusae is the complete football boot: built for speed with a focus on magic touch. 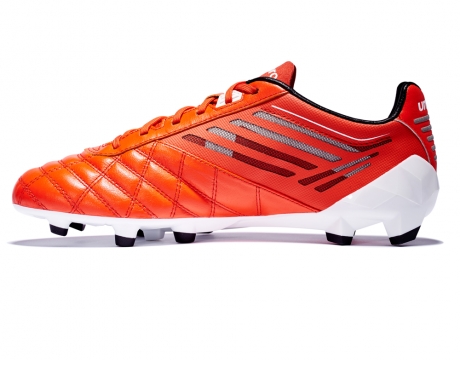 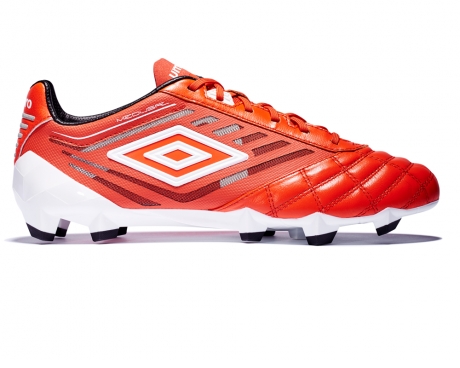 Premium Kangaroo leather on the forefoot features a lightweight performance mesh, combining in a lightweight design. The ‘Speed’ outsole offers full support as you seek speed in all directions via the A-frame in the mid-foot.

With the grenadine base, Umbro’s new colourway will certainly get you noticed.