Umbro and PSV Eindhoven announced a five-year kit deal in February 2015 replacing long-term shirt supplier Nike. It’s the last time that the new PSV Shirts are sponsored by Philips, who announced that they won’t extend their sponsorship deal with PSV (Philips Sport Vereniging).

Umbro combines the red and white vertical stripes with a contrasting black Polo collar and a black side panel. 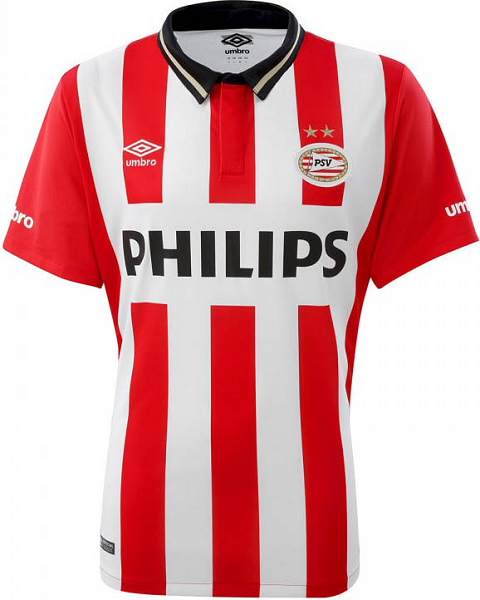 The new PSV Eindhoven 2015-2016 Away Shirt features a bold design combining two shades of dark blue with striking pink details on the shoulders and the side of the shirt. Umbro uses a modern navy crew neck collar with pink trim, while the logos on the front are white. 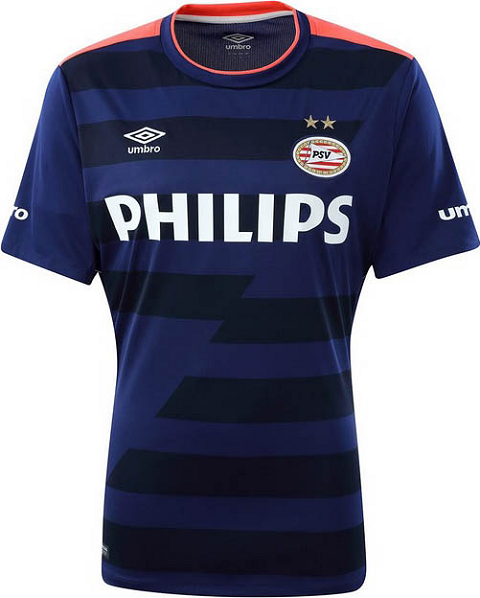 The new PSV 15-16 Champions League Away Shirt is sky blue with white applications. It features tonal diagonal stripes on the front, inspired by the kit worn in 1988. 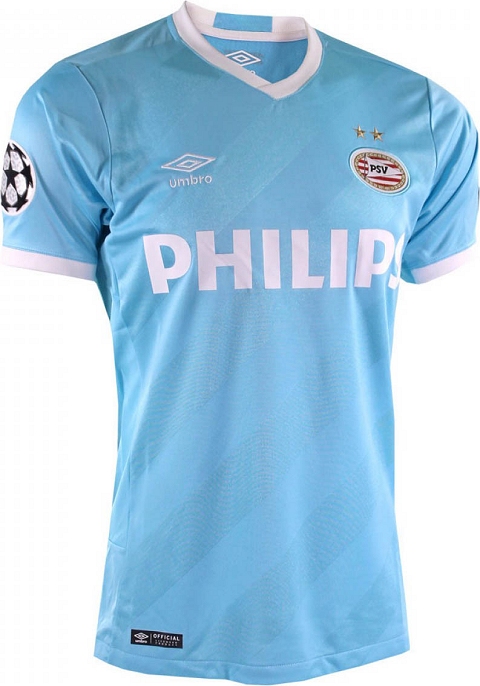