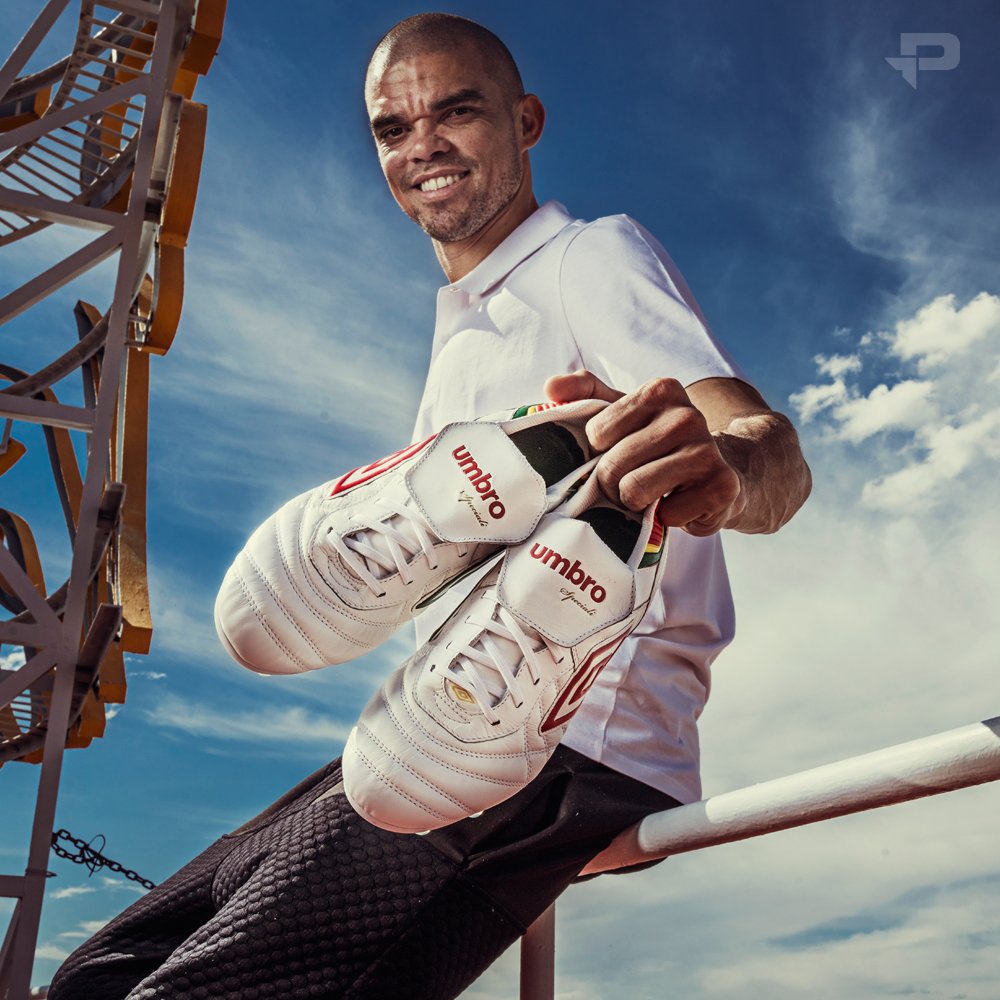 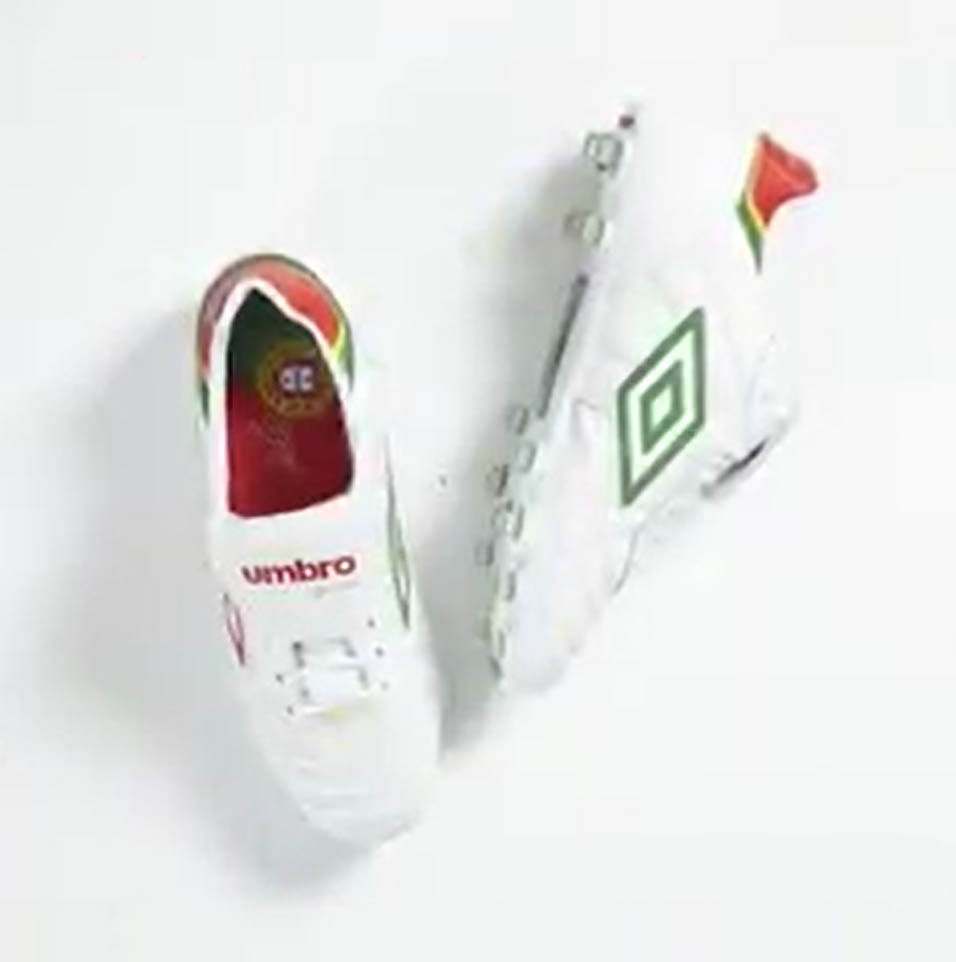 The boots are made of Kangaroo leather uppers with the Speciali Edition thirteen stud layout on the herringbone-patterned soleplate. In the midfoot region the A-frame overlay gives the wearer extra stability. Superior control comes from the interwoven stitching that also strengthens the boot, giving it a longer life.

The upper is completed by an overlying tongue featuring a red Umbro logo, with the double diamond on the inner side of the boot. 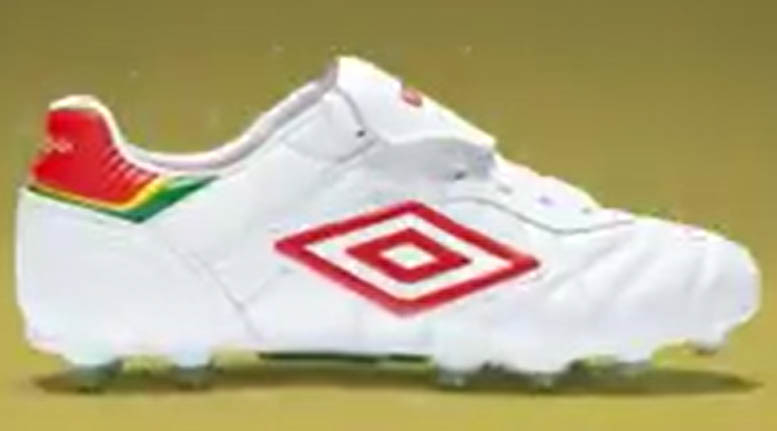 The white colour scheme gives way at the heel to a red and green flash in homage to Pepe’s Portuguese roots, adding a yellow trim. The ribbed pattern is finished with Pepe’s signature stitched into the boot in gold.

The boot is completed by a red inner sole. Printed on this, Portuguese flag sits above the defender’s signature, once again in a gold finish. 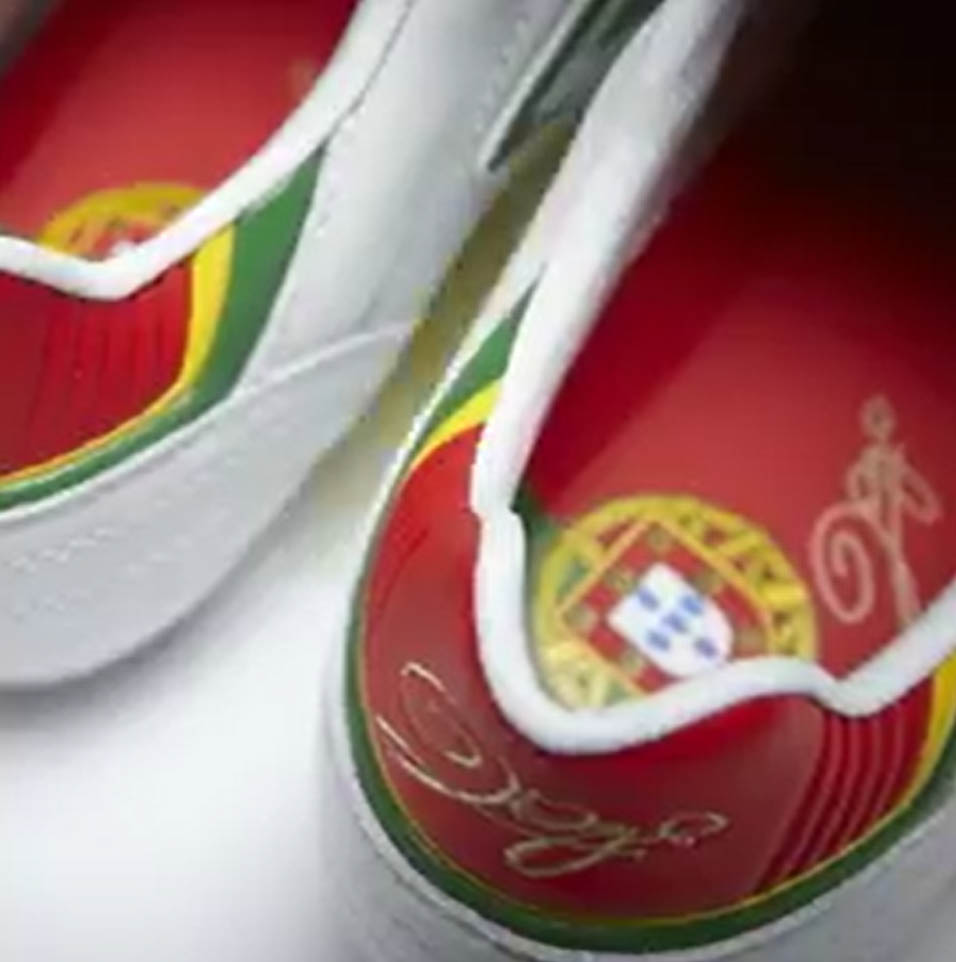 Whilst this version has been specially created for Pepe, Umbro has yet to confirm the release date for the Speciali Eternal edition range.