Under Armour is determined not to be left behind in the race to issue stunning new colourways. The recently issued metallic silver colourway is to be paired with an incredible Desert Camo design to be released shortly.

This is the Under Armour Clutchfit Desert Camo colourway: 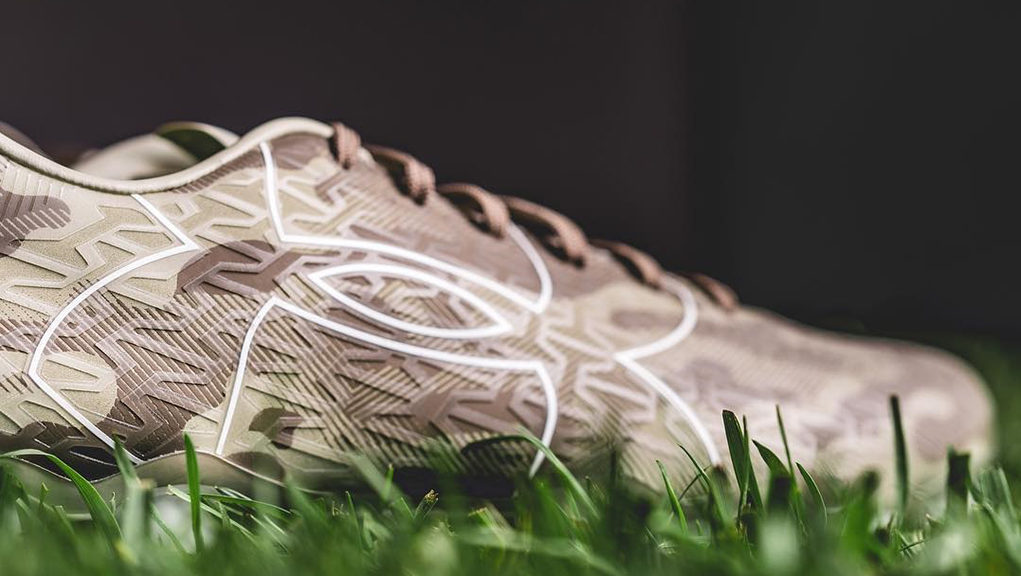 This is the Force 2.0 boot with the new Desert Camo colourway.

The base colour is beige with an incredible graphic design over the upper. There is a camouflage pattern in shades of brown over the

The Under Armour logo is white covering the inner side of the boot. The tonal graphic pattern covers the side and front of the boot. The boot’s inner is ‘fluo yellow’ which is well hidden from view in keeping with the camouflage theme of the pack! 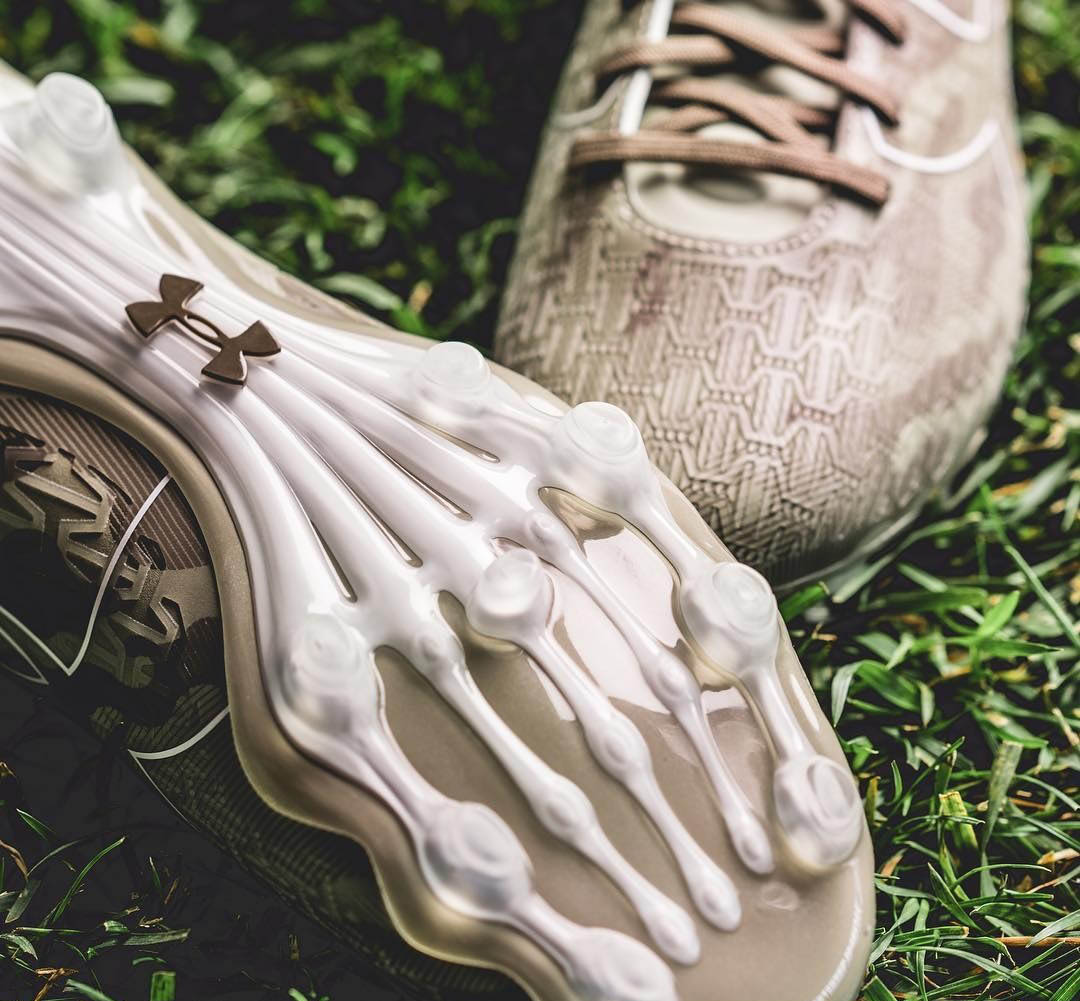 The Clutchfit Desert Camo pack doesn’t feature any new technological advances. Under Armour continues the use of their Trivela microfibre upper which, combined with the standard lacing system, features a secure and unparalleled fit.

The soleplate has white microfin strips for outstanding grip no matter the surface or conditions whilst the conical studs follow the foot’s movement thanks to their layout.