Under Armour has issued the camouflage colourway in the Spotlight silo, to partner the recently issued Clutchfit boot.

The Spotlight Silo is different, more distinctive than the Clutchfit. If you mentioned a ‘Camouflage’ pack, this would probably be the design a mental image would bring forth. 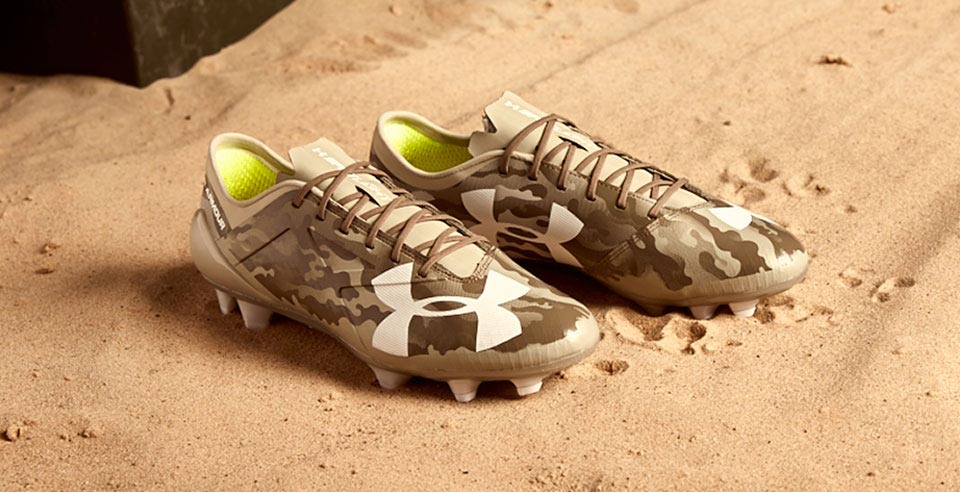 This is the Under Armour Spotlight Desert Camouflage Pack:

The distinctive camouflage upper features a sand base colour with brown patterning. The synthetic upper is made of a lightweight material for a close and comfortable fit. Without ribbing or patterning in the design, the assymetrical surface always for a enlarged striking area.

The logos and motifs of the boot manufacturer are in bold white, across the front outer side and heel. 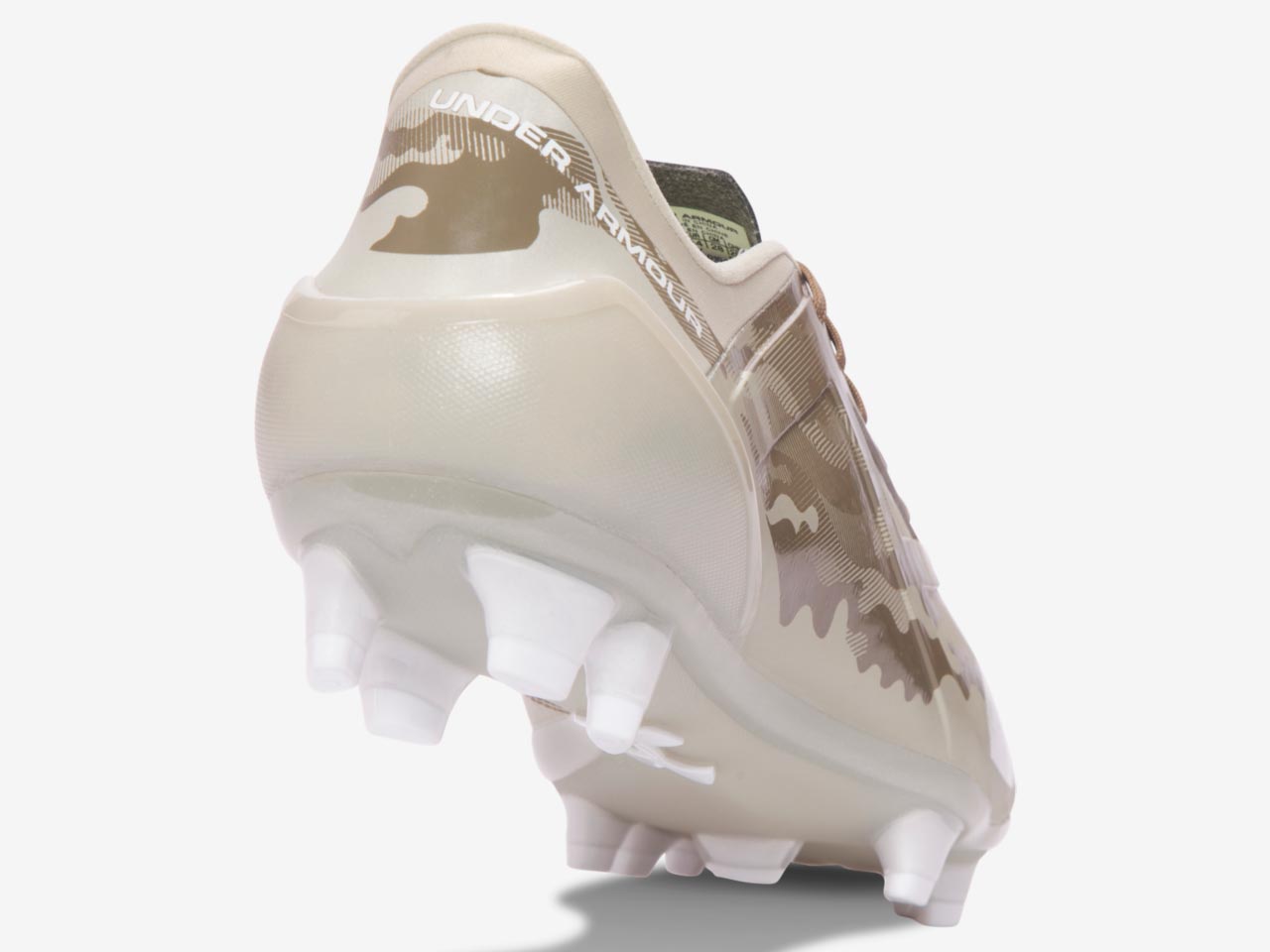 The heel features a reinforced counterbalance whist the studs and logo on the soleplate are in a bold white.

With brown laces, the boots are finished by a distinctive fluo-yellow innersole.

Under Armour has kept faith with existing boot technology, including the SpeedForm outsole even though it is no long going to be used on a new boot silos.

It’s an interesting pack from Under Armour, almost counter-intuitive when you consider the bright and colourful patterns being issued by rival boot manufacturers. Nonetheless, it’s as striking as any other.