2. Bundesliga outfit, Union Berlin, have unveiled their three kits for the forthcoming 2016/17 season, manufactured by Macron for the second consecutive season.

After last season’s sixth placed finish, the smaller of Berlin’s two main professional clubs will be looking to push forward toward promotion to the top flight. Bundesliga football at the Stadion An der Alten Försterei? Stranger things have happened in football. Ask Robert Huth, a product of the Union Berlin youth system before signing for Chelsea.

This is the Union Berlin home kit to be worn during the 2016/17 season. 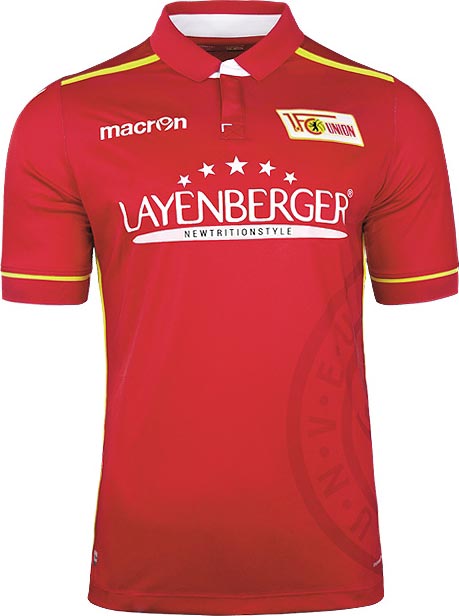 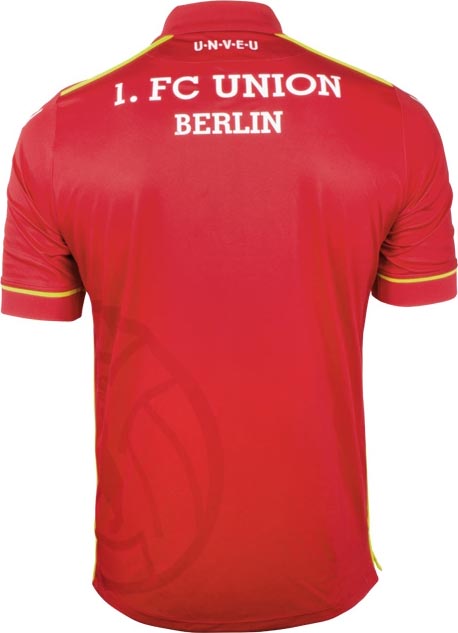 Formed in 1906, the club changed its name to 1.FC Union Berlin in 1966. The shirts of the club have historically been red since the name change and this coming season is no exception. With their polo collar, it will be a fine addition to the casual wardrobe. The yellow trim – piping across the shoulders and a thin band around the sleeve cuff – reminds us of the Ferrari colours. 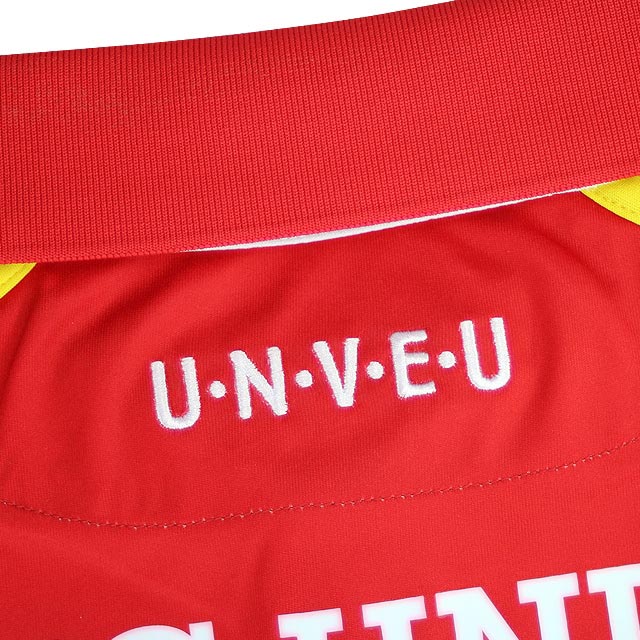 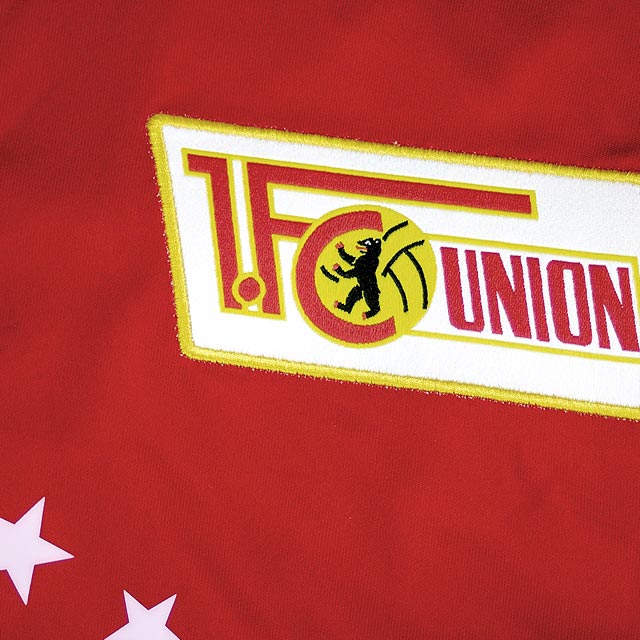 The front of the shirt has the primary sponsor, Leyenberger, across the centre of the front in the chest area.

On the lower left of the body, travelling around to the back of the shirt is a watermark of “U.N.V.E.U” in a football. On the reverse of the shirt, under the collar, sits the same letters, referencing the club’s nickname: Und niemals vergessen Eisern Union – And never forget, Iron Union. 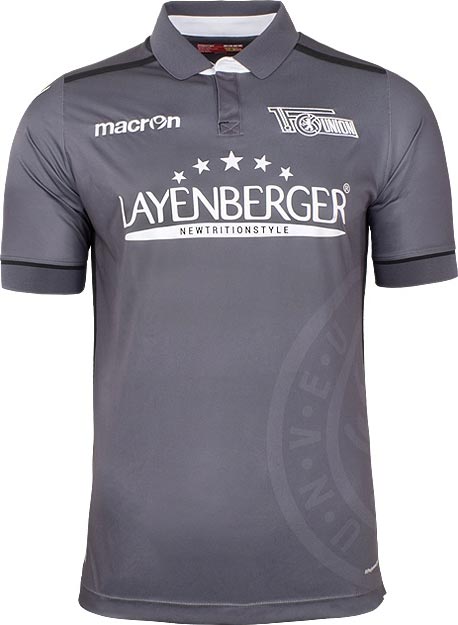 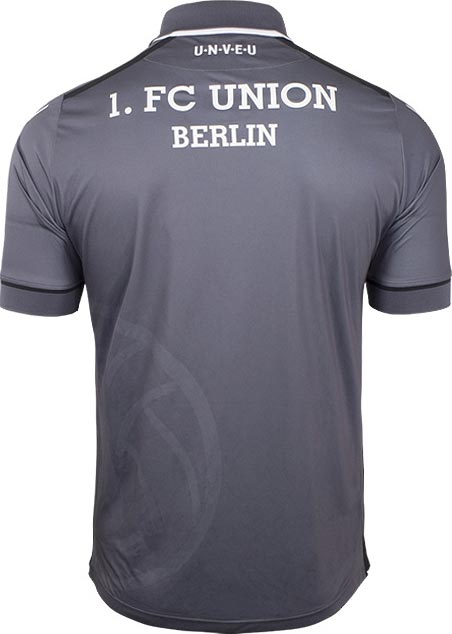 The shirt follows the same template as the home kit. This time though, the base colour is graphite with a darker shade for the cuffs. Across the shoulder is black piping, with a similar pinstripe hoop above the cuffs. 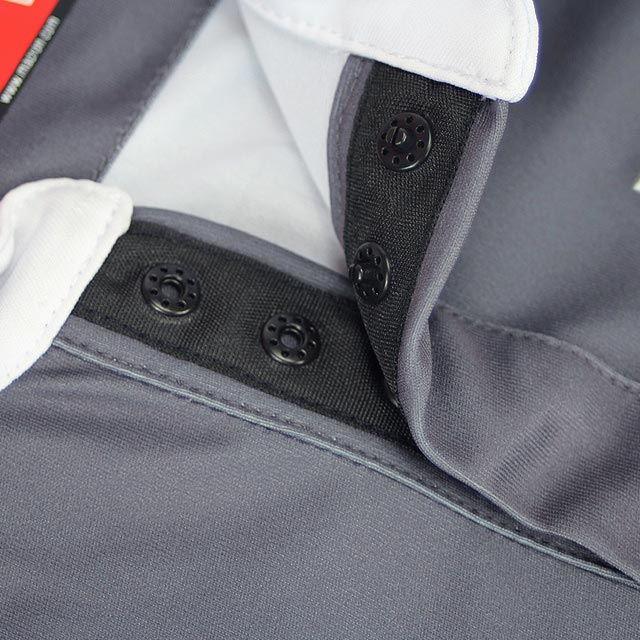 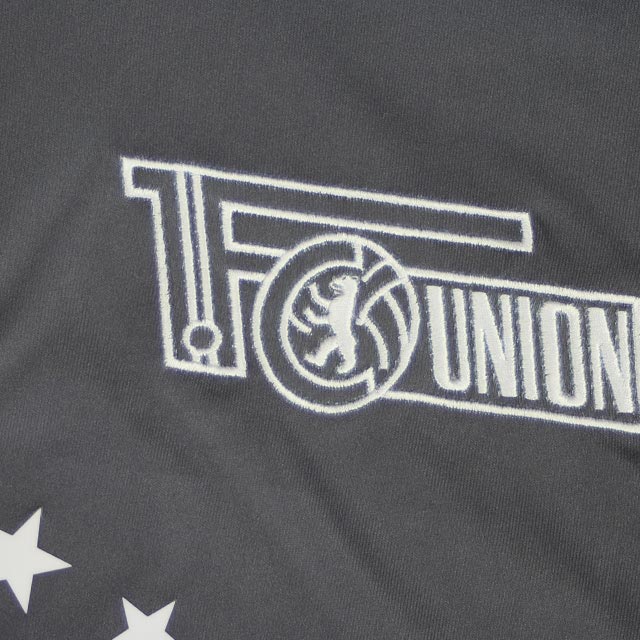 In the unlikely event of a colour clash, this is the Union Berlin Third Kit for the 2016/17 season. 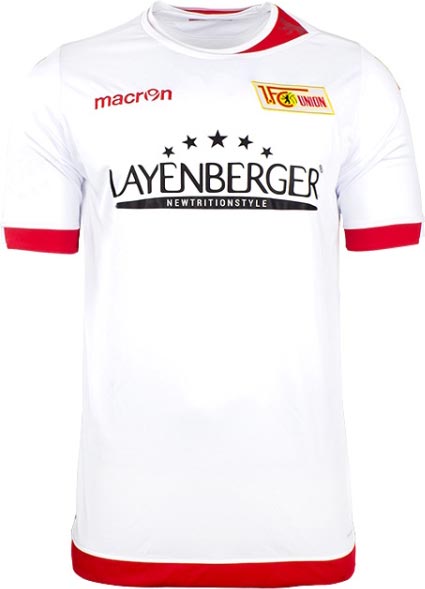 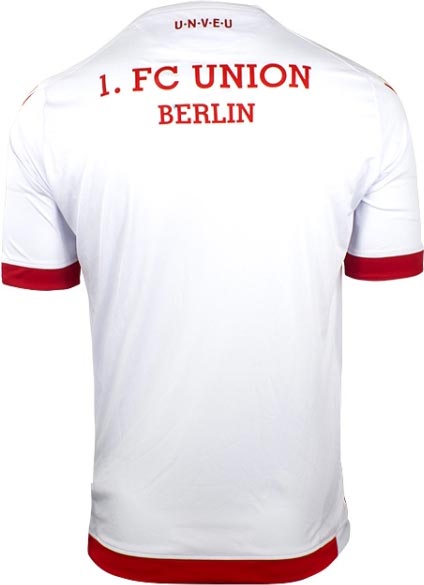 Macron have varied the Union Berlin kit template this time. The white shirt has a crew neck collar with a red splash on the left neckline, housing a bear motif. It’s a nod toward the club’s badge and the city’s name, which is derived from the old German word for bear.

The thick red cuffs are matched with a similar coloured band along the bottom hemline of the shirts, giving a cumberbund effect. 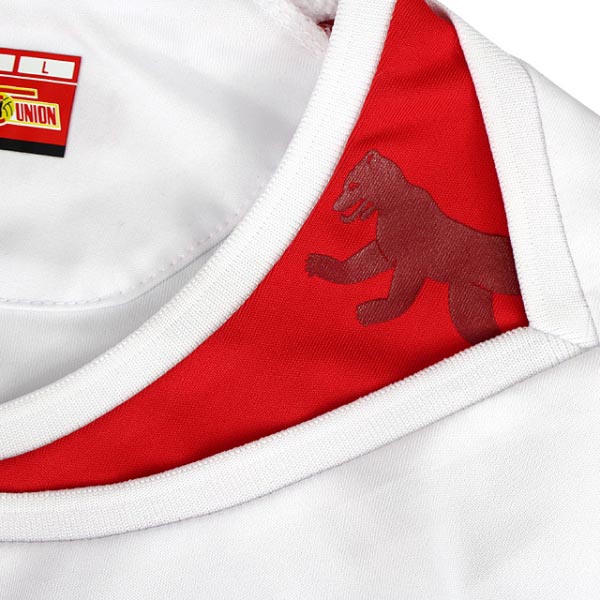 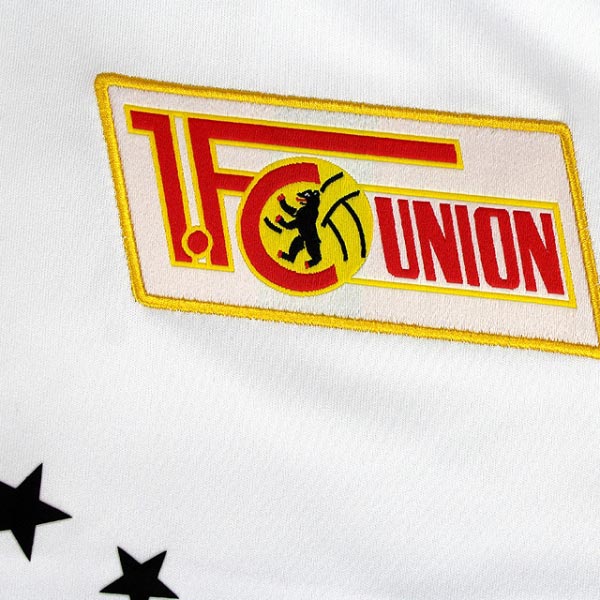 It’s a clean set of kits from Macron and Union, worthy of promotion contenders. Good luck for the coming season.