PSG released their 2016/17 third kit in the week that the club’s quest to win the Champions League began. But for poor finishing by Edinson Cavani, the French champions would have crushed Arsenal in the Parc Des Princes on Tuesday night. 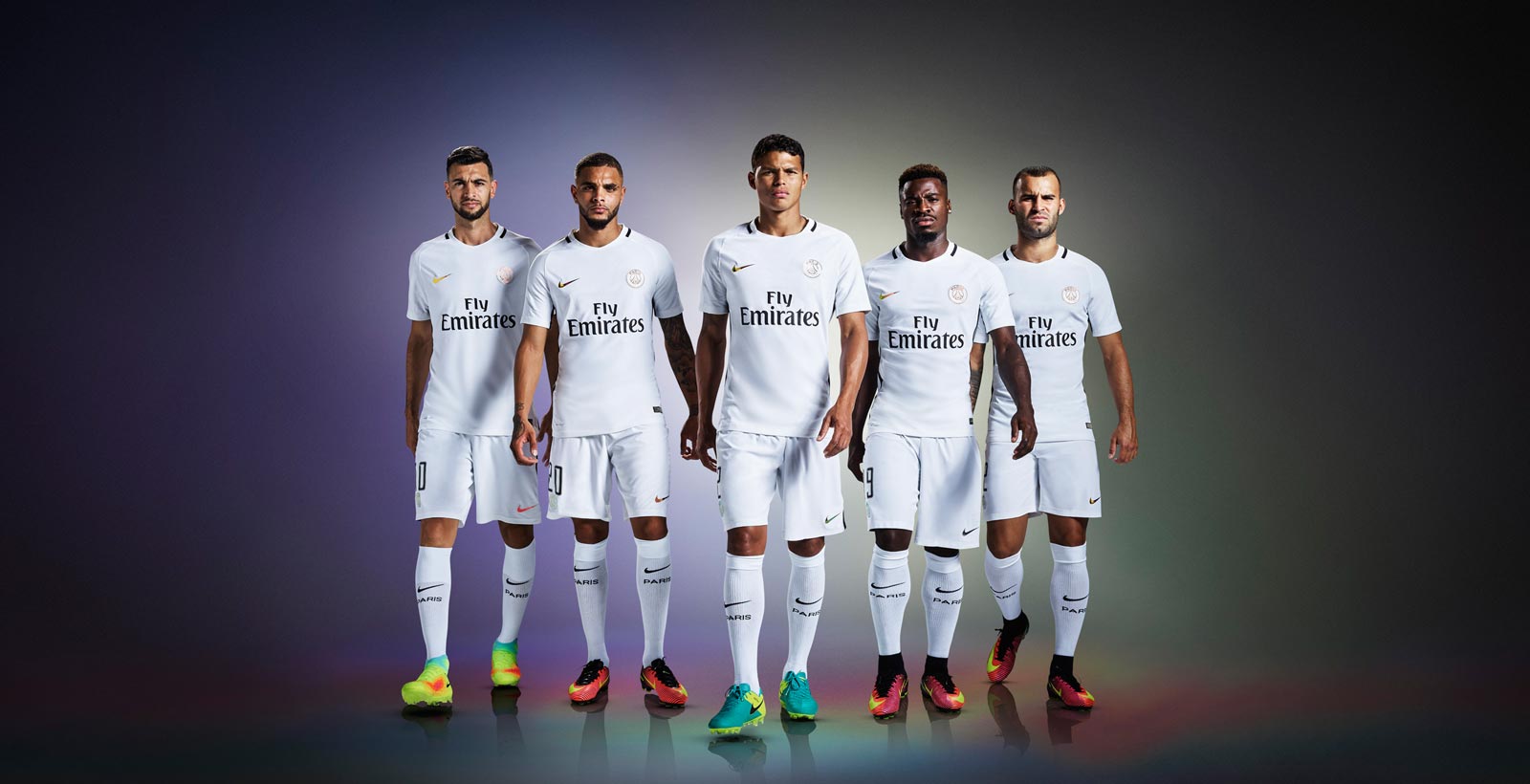 As it was they were left to rue missed chances as Alexis Sanchez cancelled out Cavani’s 42-second opening goal. The 1 – 1 draw leaves Arsenal favourites to top the group with PSG facing a tricky Round of Sixteen tie.

Widely leaked earlier in the week, this is the PSG third kit for the coming season: 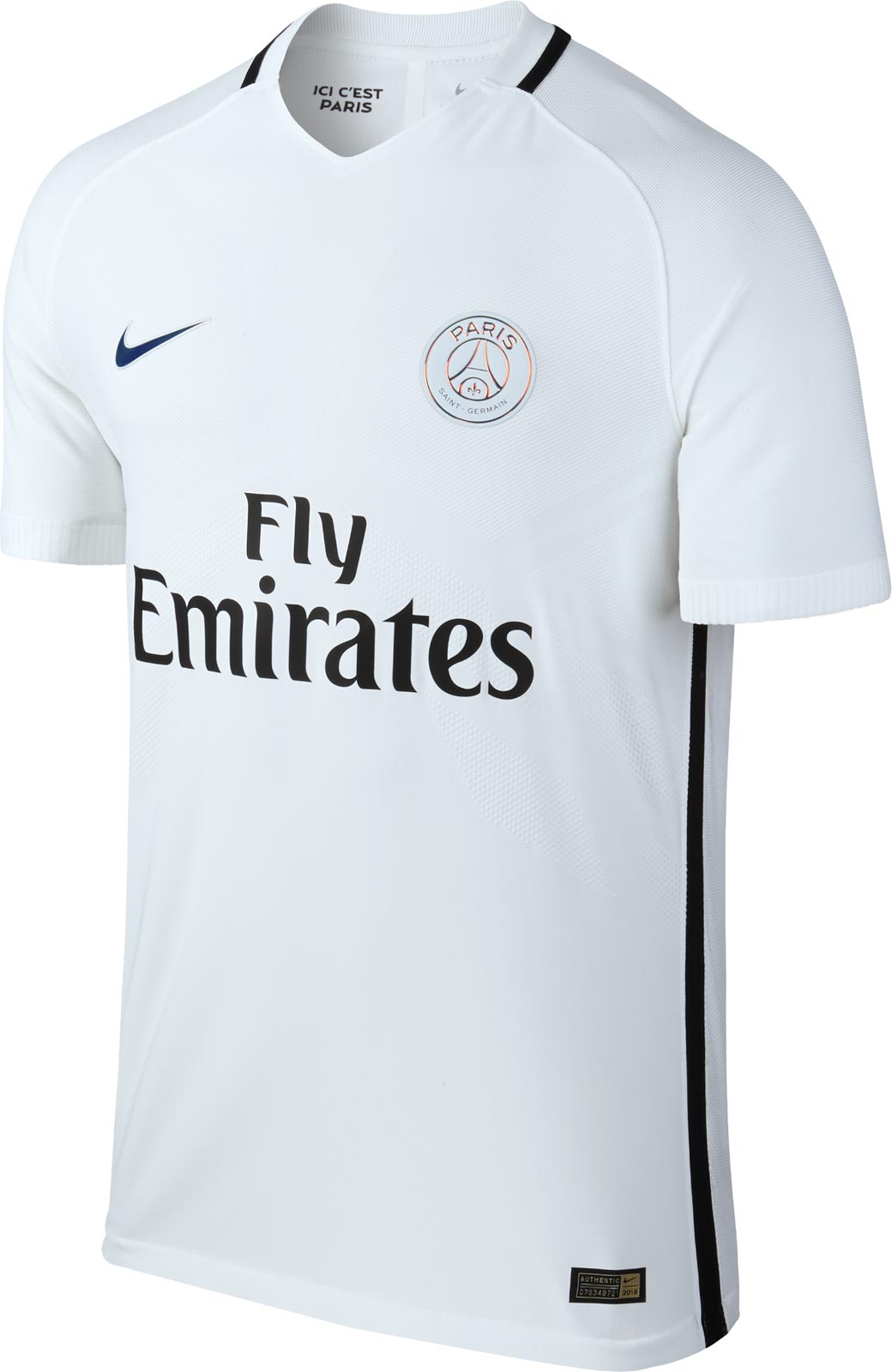 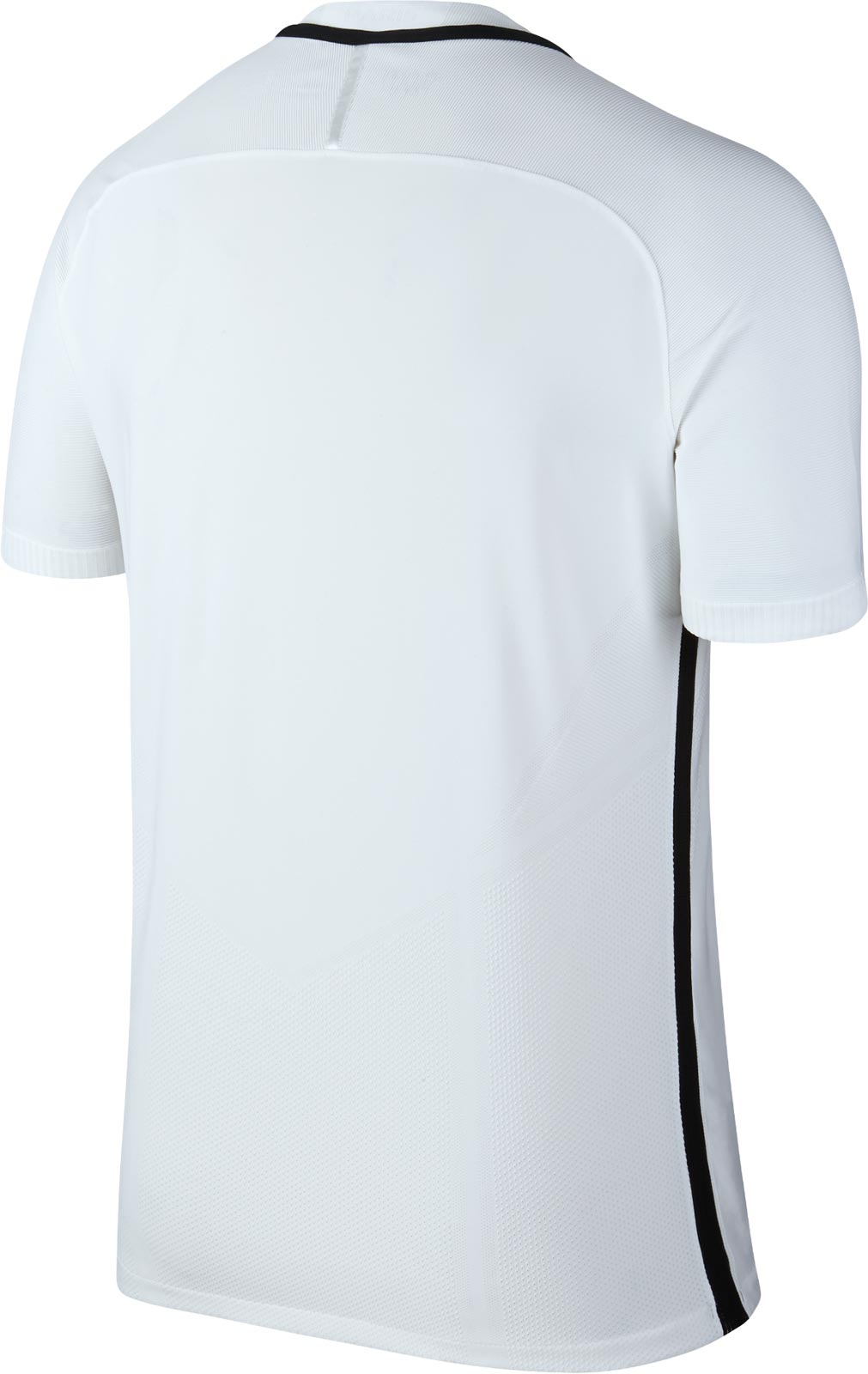 The stylish white kit proves Nike has the capacity to get third kits right after the horror show of the Inter Milan design.

All-white, the kit features several design flashes, including the trademark contrasting stripe around the side and back of the collar. The black stripe down the side of the shirt’s body seems almost dull by comparison to the luminous badge. 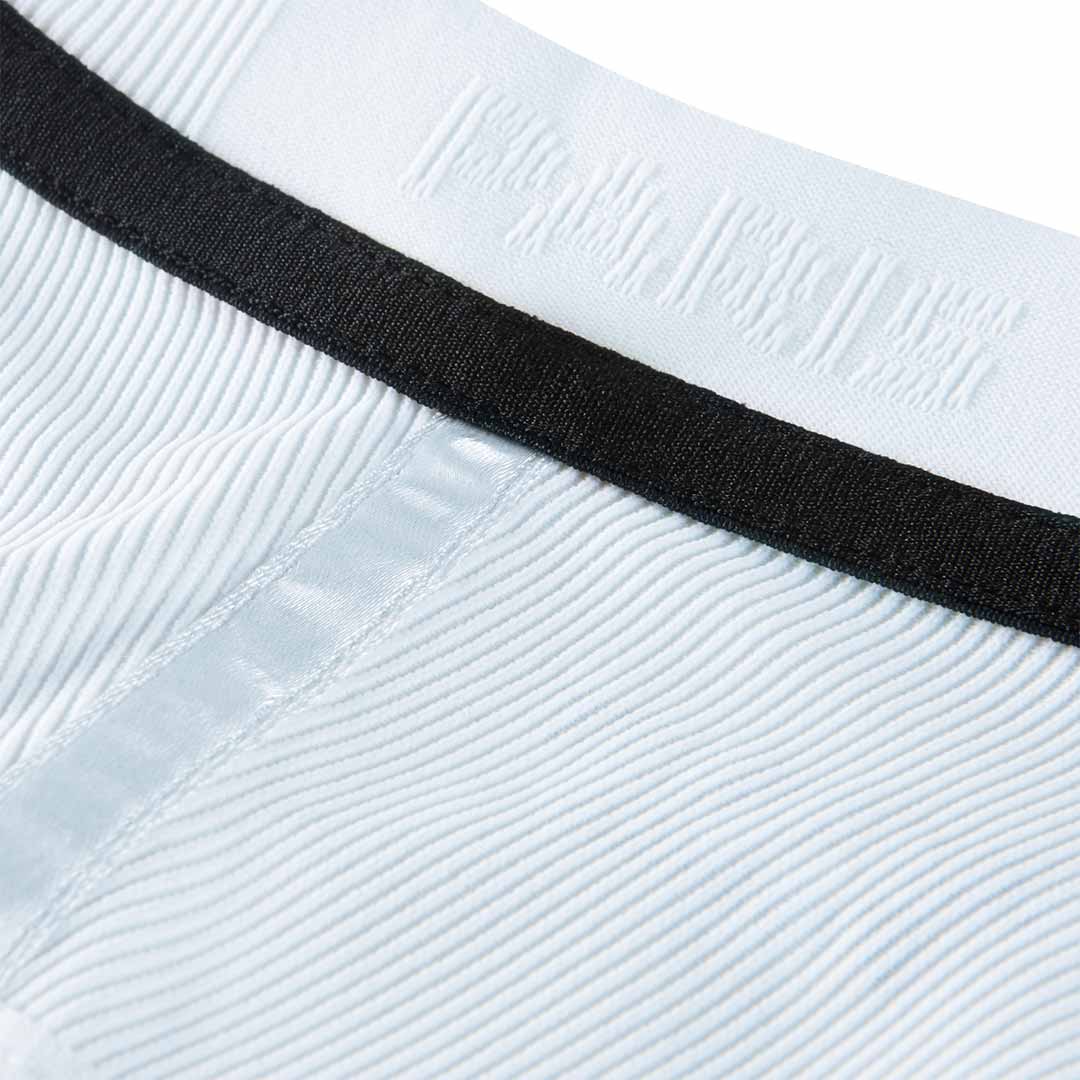 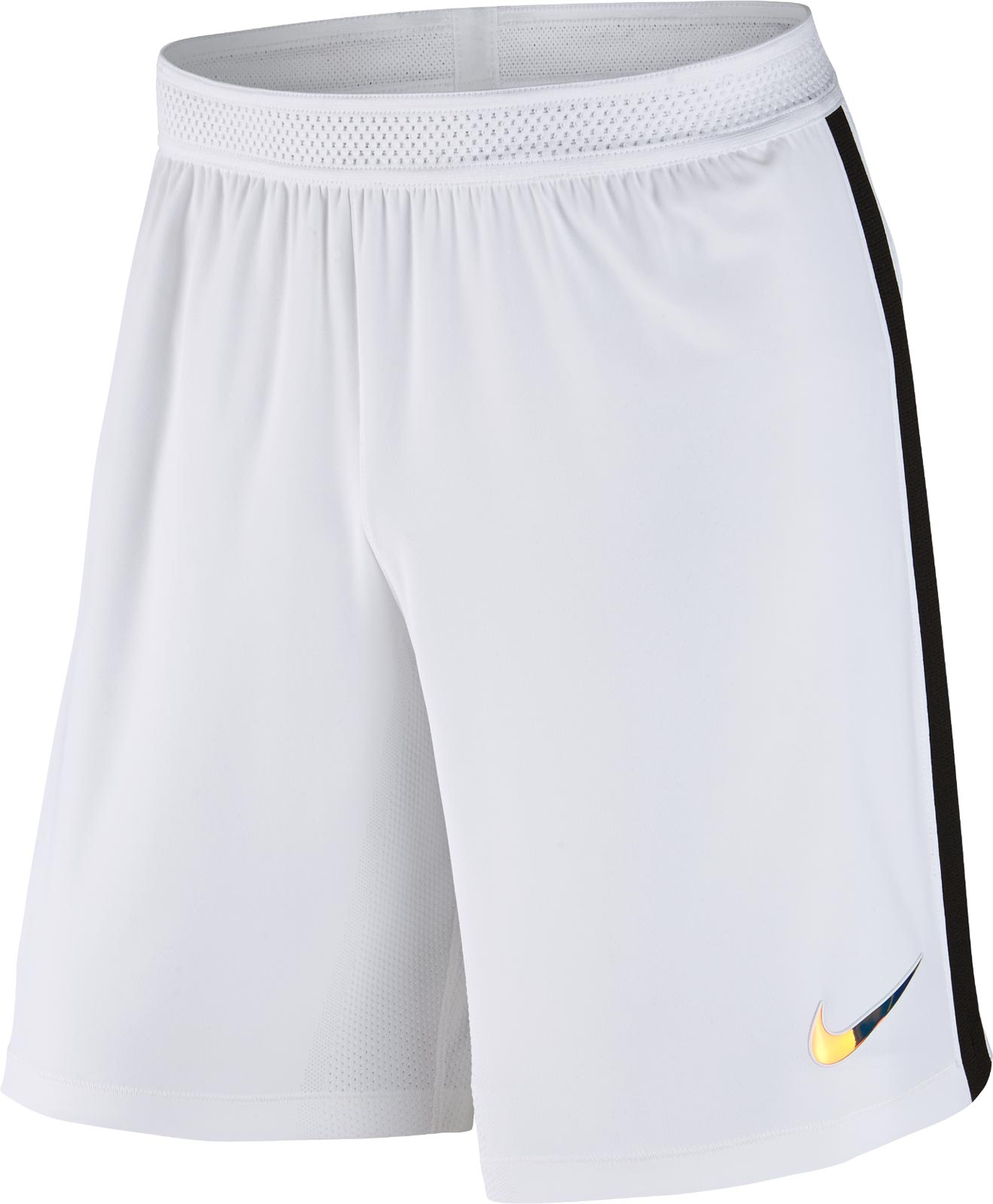 On the reverse of the collar is a knitted “Paris” motif whilst “Passion” and “Grandeur” feature on the left and right cuffs of the shirt sleeves.

The kit is completed with white shorts and unusually for Nike this year, white socks. 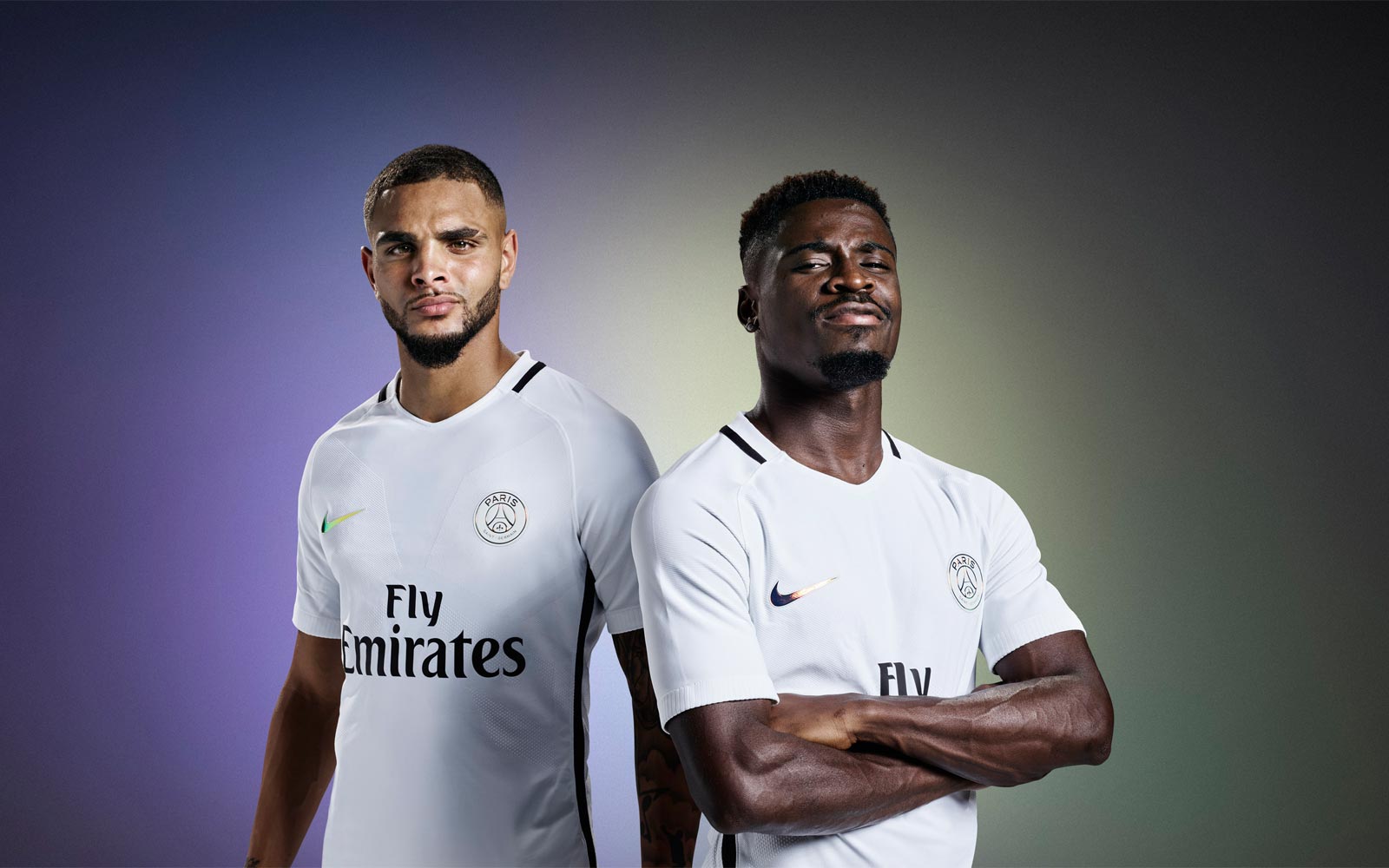