Like the Uruguay home kit this kit will be worn in the Copa America this summer which takes place in the United States. The shirt itself draws its inspiration from the national flag, the white complimenting the blue. The kit will get its first outing shortly in their away match against Brasil this Saturday! 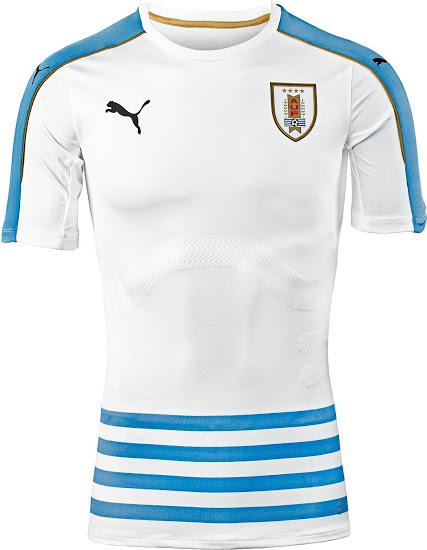 The shirt basis itself on PUMA’s designs for the Euro’s this summer. The words ‘La Celeste’ graphic can be found inside the collar while the blue and hints of gold really sets this new Uruguay away shirt apart. The 4 blue stripes at the bottom help this shirt resemble their national flag just that little bit more.

The kit will be rounded off with white socks and shorts finishing off a clean, sleek look by Puma.