CF Valencia issued their third kit, predominantly for use in the cup competitions. It’s been a turbulent couple of seasons for Los Che. Currently sitting in 15th place in La Liga, they had to wait until the fifth game to record their first victory.

That 2 – 1 win over Alaves was repeated at Leganes last week but their task is considerably tougher when Atletico Madrid visit the Mestalla this weekend.

The new kit is to be worn in the Copa Del Rey which the club joins in November when the La Liga teams begin their participation. 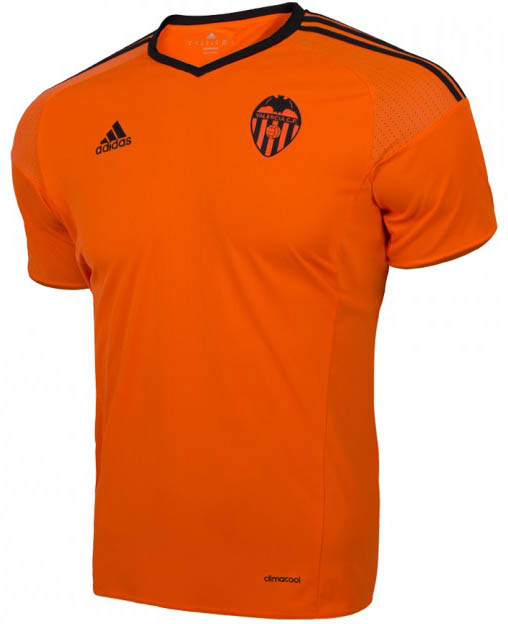 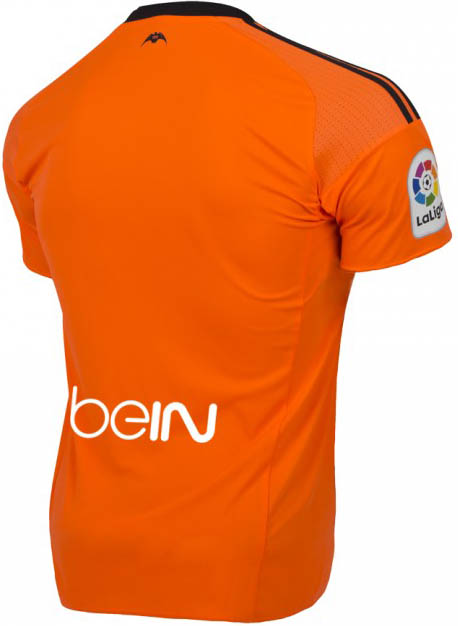 The kit is all-orange, drawing inspiration from the club badge. The blood orange colour features heavily in the arms of the city and region, as does the bat insignia which so vexes DC Comics.

The shirt is a straightforward Adidas shirt with black trim. A black curved v-neck joins Three Stripes of the same colour which run across the shoulder. The sleeves feature orange cuffs. 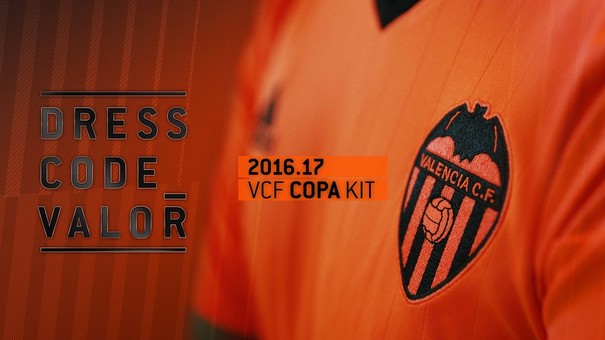 On the front of the shirt, the Adidas motif and club badge feature in black, with the background being the blood orange colouring.

On the reverse, secondary sponsor Bein, features in white on the lower half of the shirt whilst at the top, under the neckline, is a black bat logo.

The shirt is very reminiscent of the Dundee United jersey of the 1970s and 80s when the likes of Sturrock & co were tearing through European defences. And there can no higher recommendation than that.