Vasco Da Gama have placed themselves front and centre when the awards for 2016/17’s best designed football kits are handed out. The stylishly clad Italian Serie A clubs are being given a run for their money by the Brazilian Serie B club. 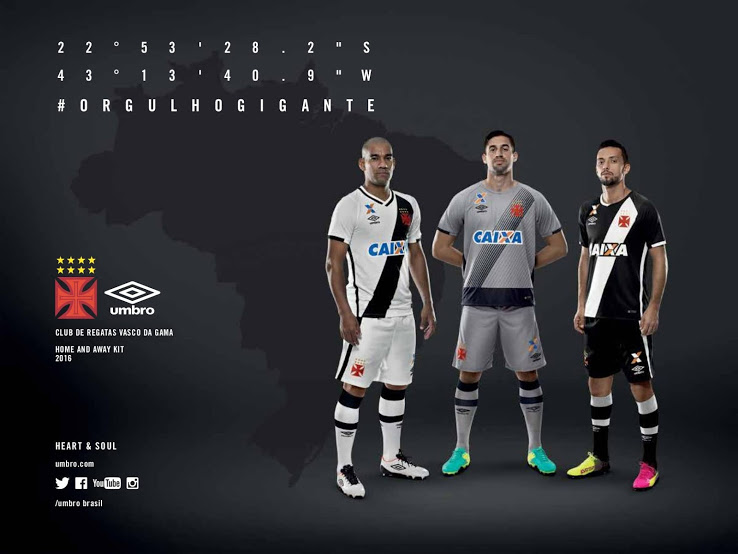 Relegated from Serie A at the end of last season, the club from Rio de Janeiro are hoping for a swift return to the top flight. Currently, Vasco Da Gama sit at the top of the table with the halfway point in the season almost upon us. 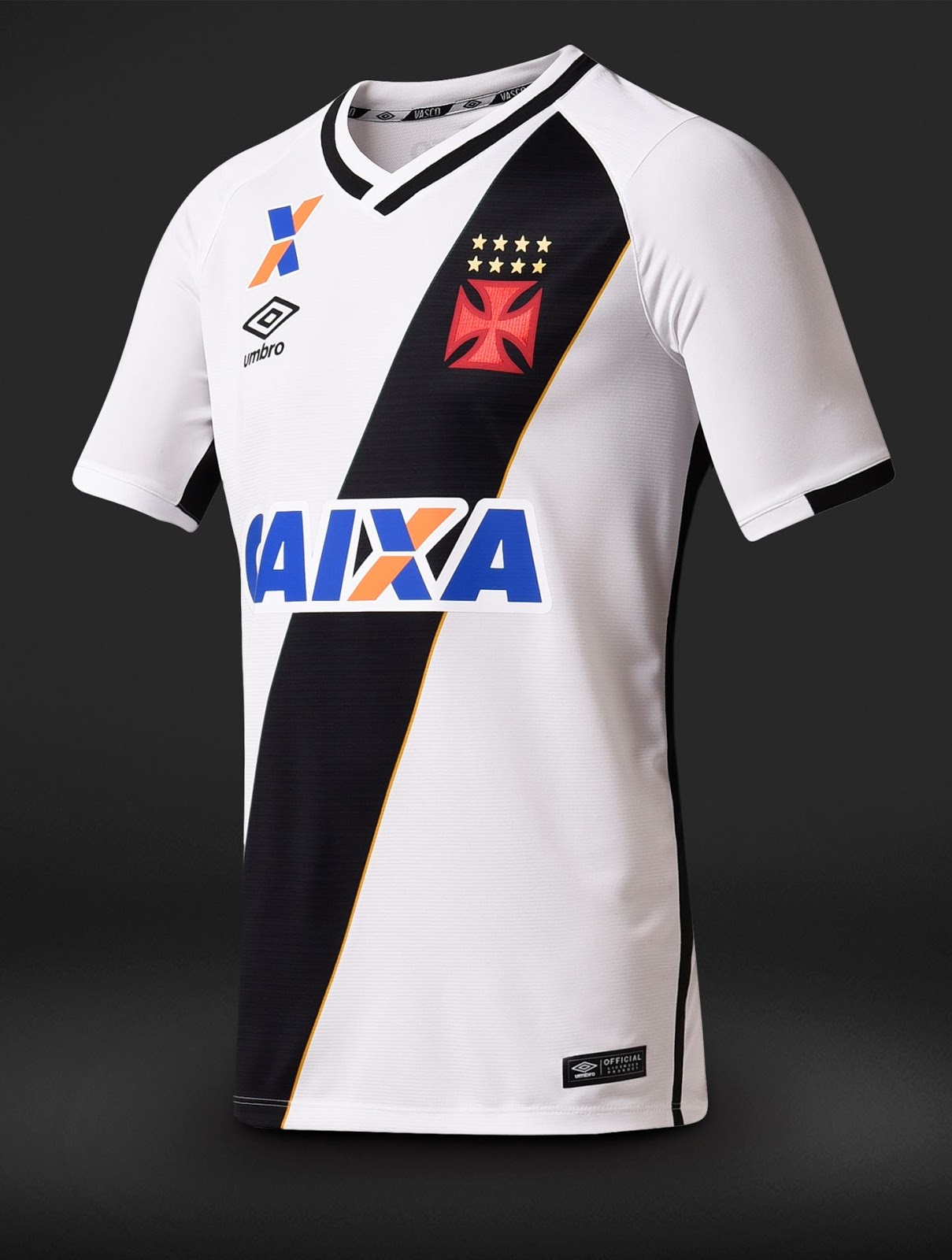 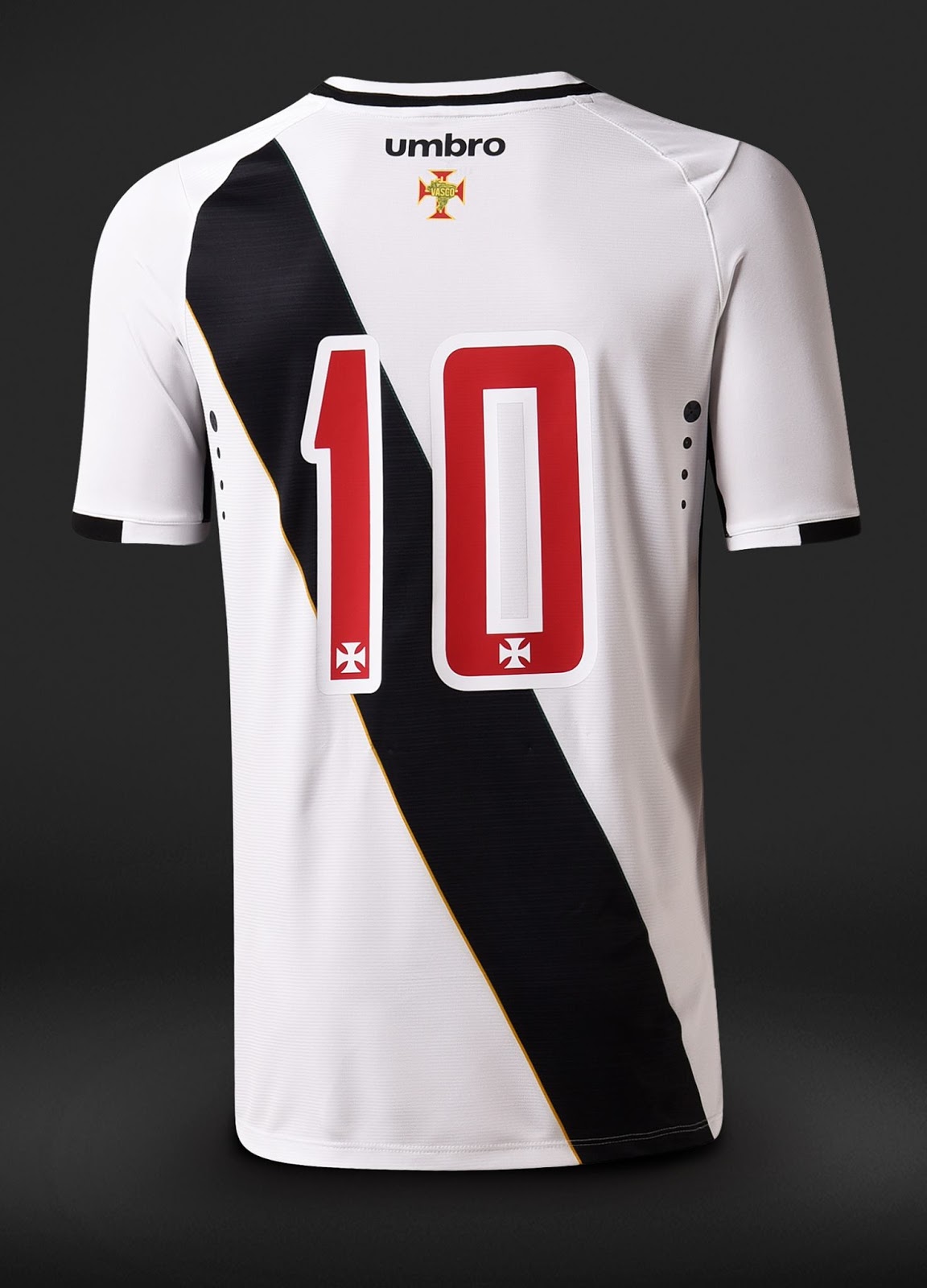 The white shirt features a black sash running from the left shoulder to right hemline on the front and back. The club’s cross crest, complete with eight stars signifying various titles and championships including the unbeaten championship of earth-and-sea of 1945, if you dare to believe anything Wikipedia tells you. Whatever else, it’s a magnificent moment in the online encyclopedia’s existence. 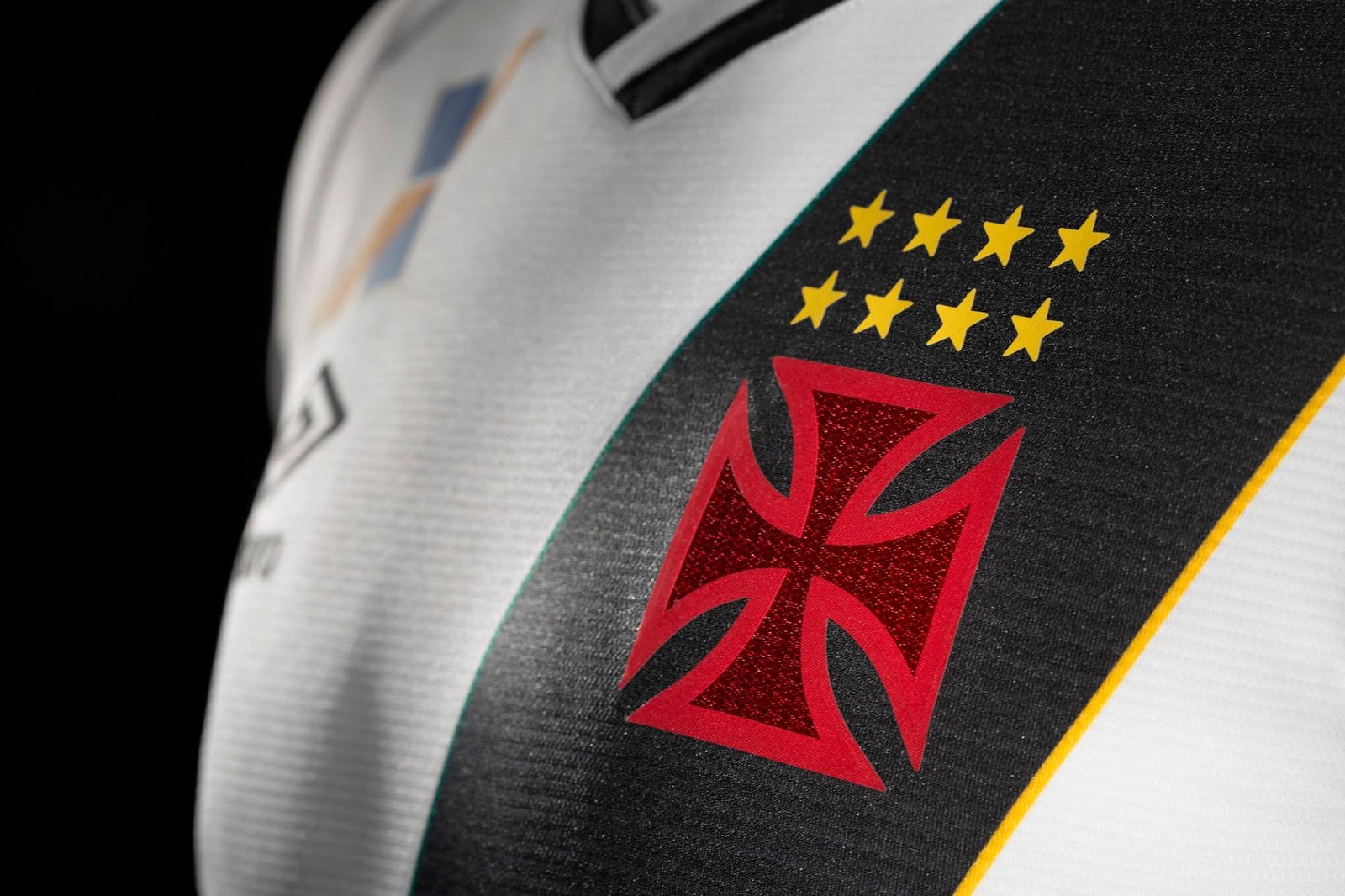 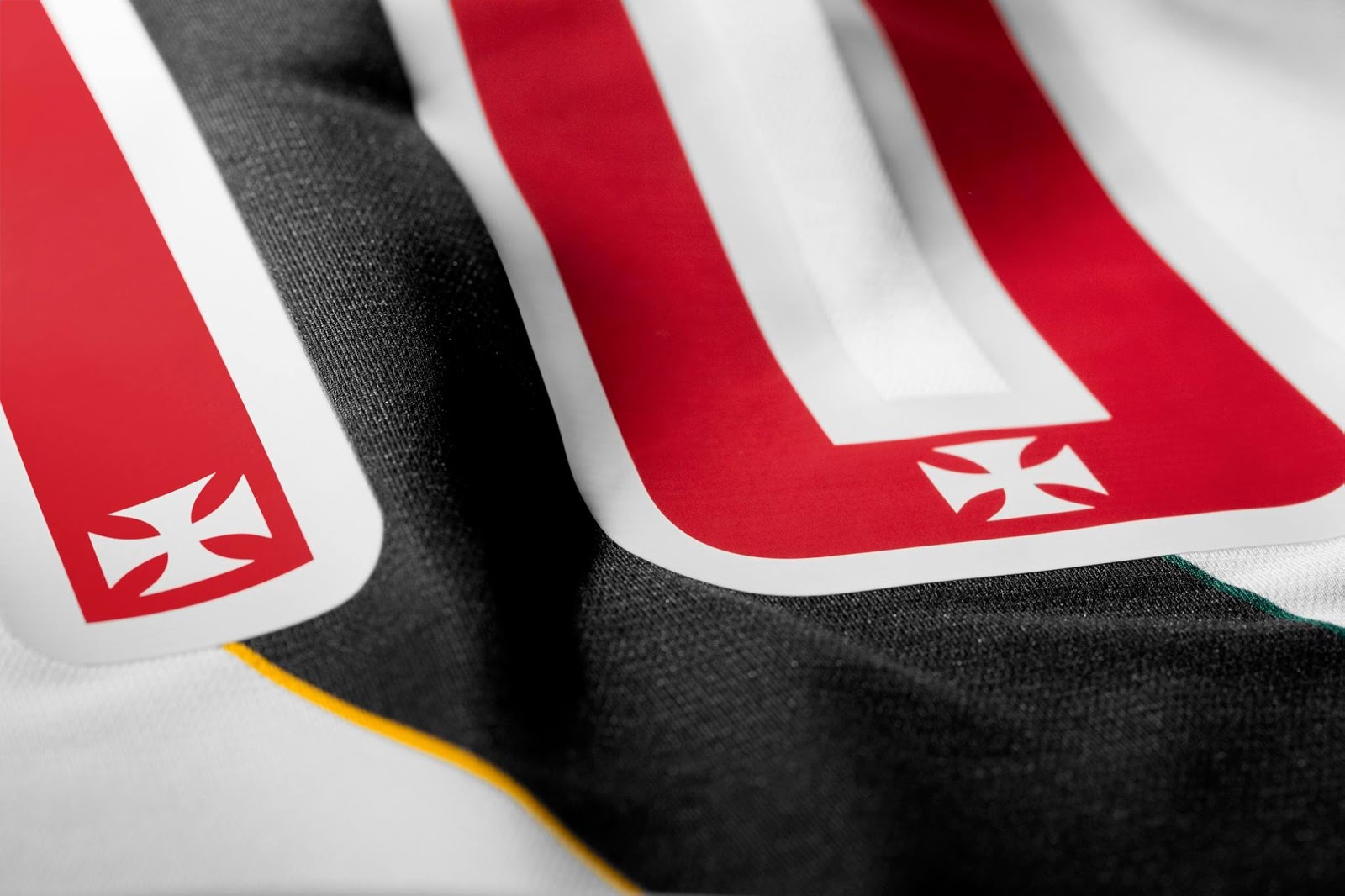 There is also a logo underneath the rear of the black and white overlapping collar. As with their summer design fad, Umbro has printed the co-ordinates of the Estadio Vasco da Gama on the insider of the rear of the shirt. 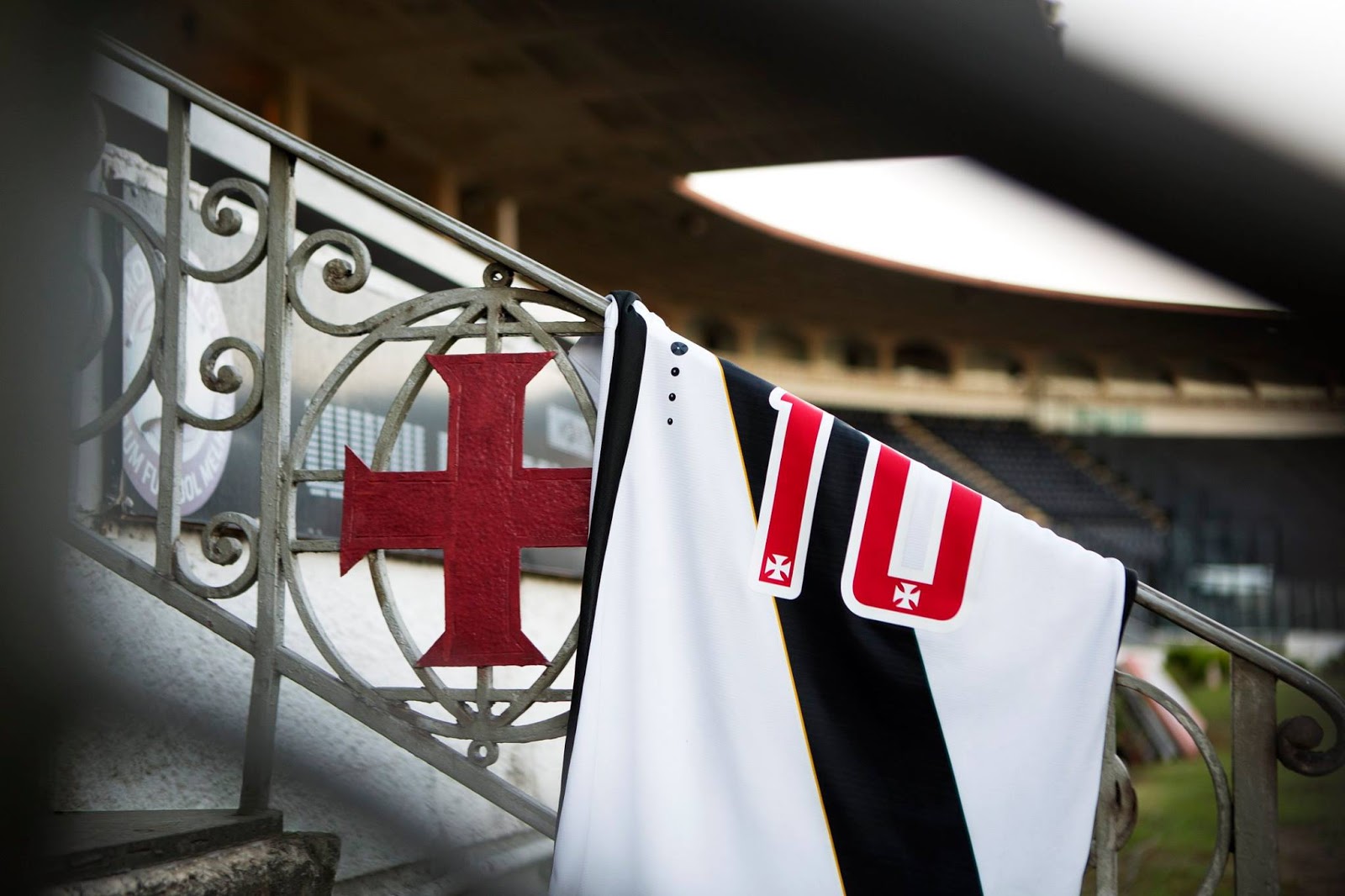 This is the away kit Vasco Da Gama will be wearing during the 2016/17 season. 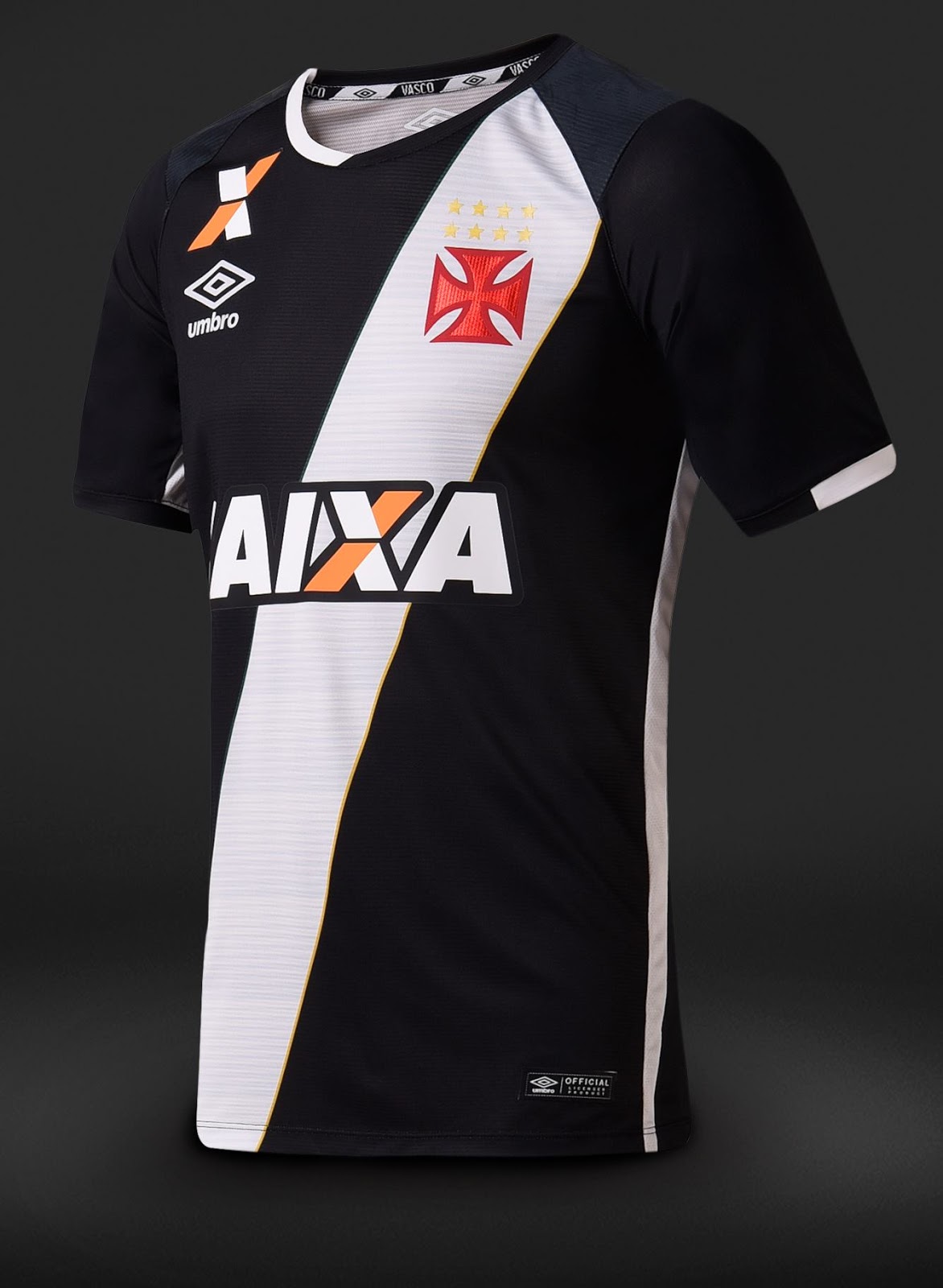 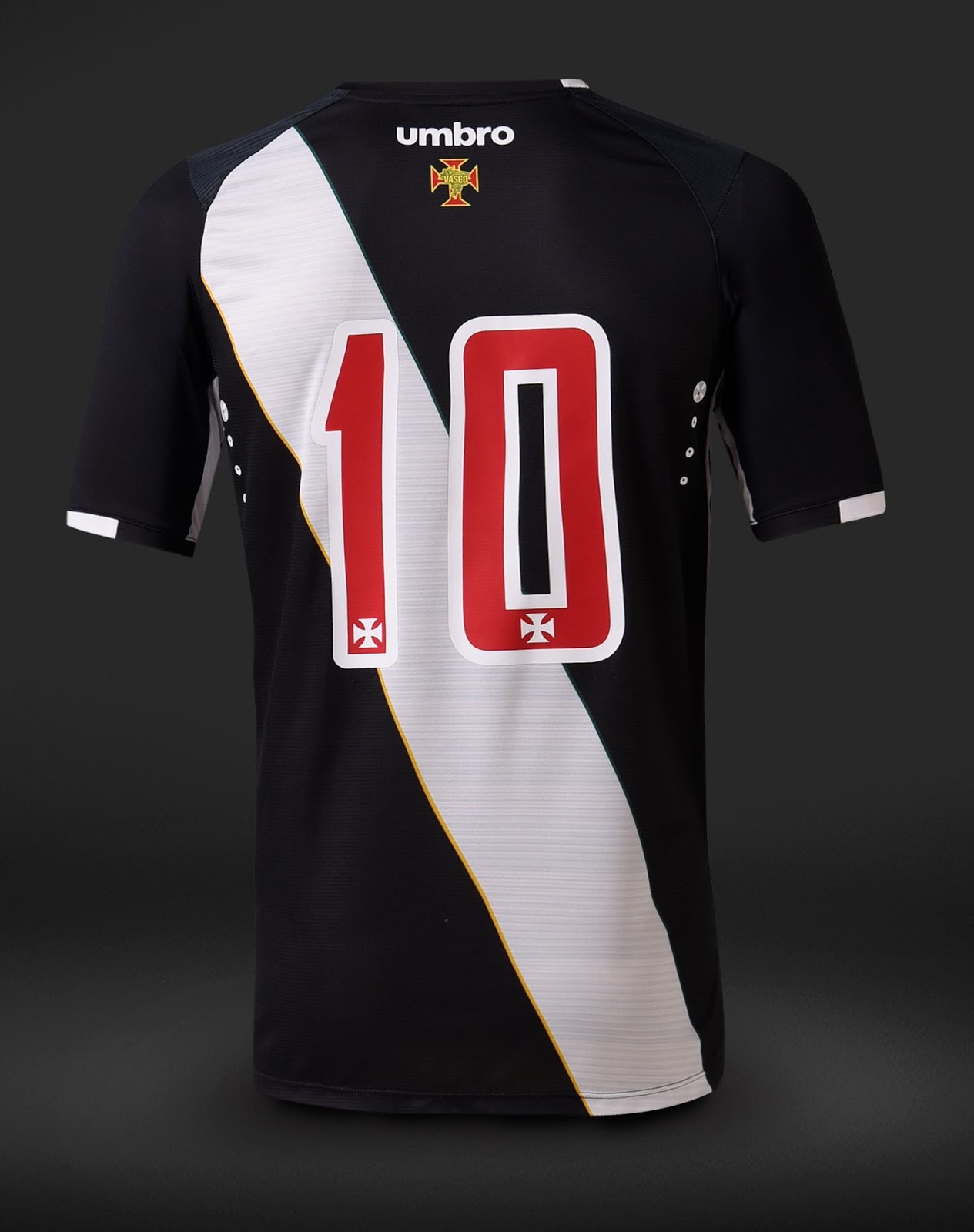 Using the same design template as the home kit, the shirt reverses the colours and has a black base with white sash. The use of the cross in various parts of the kit continues. 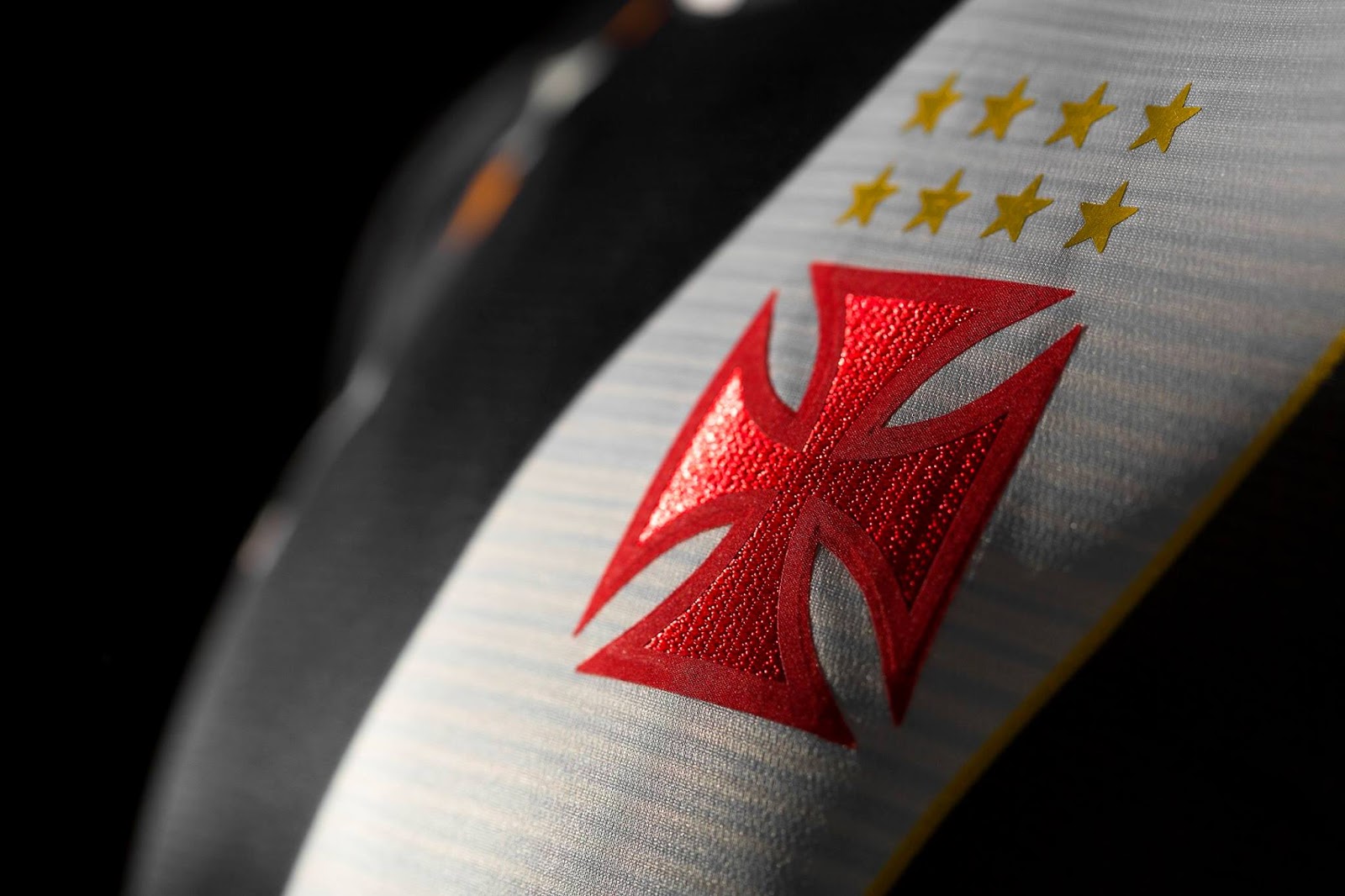 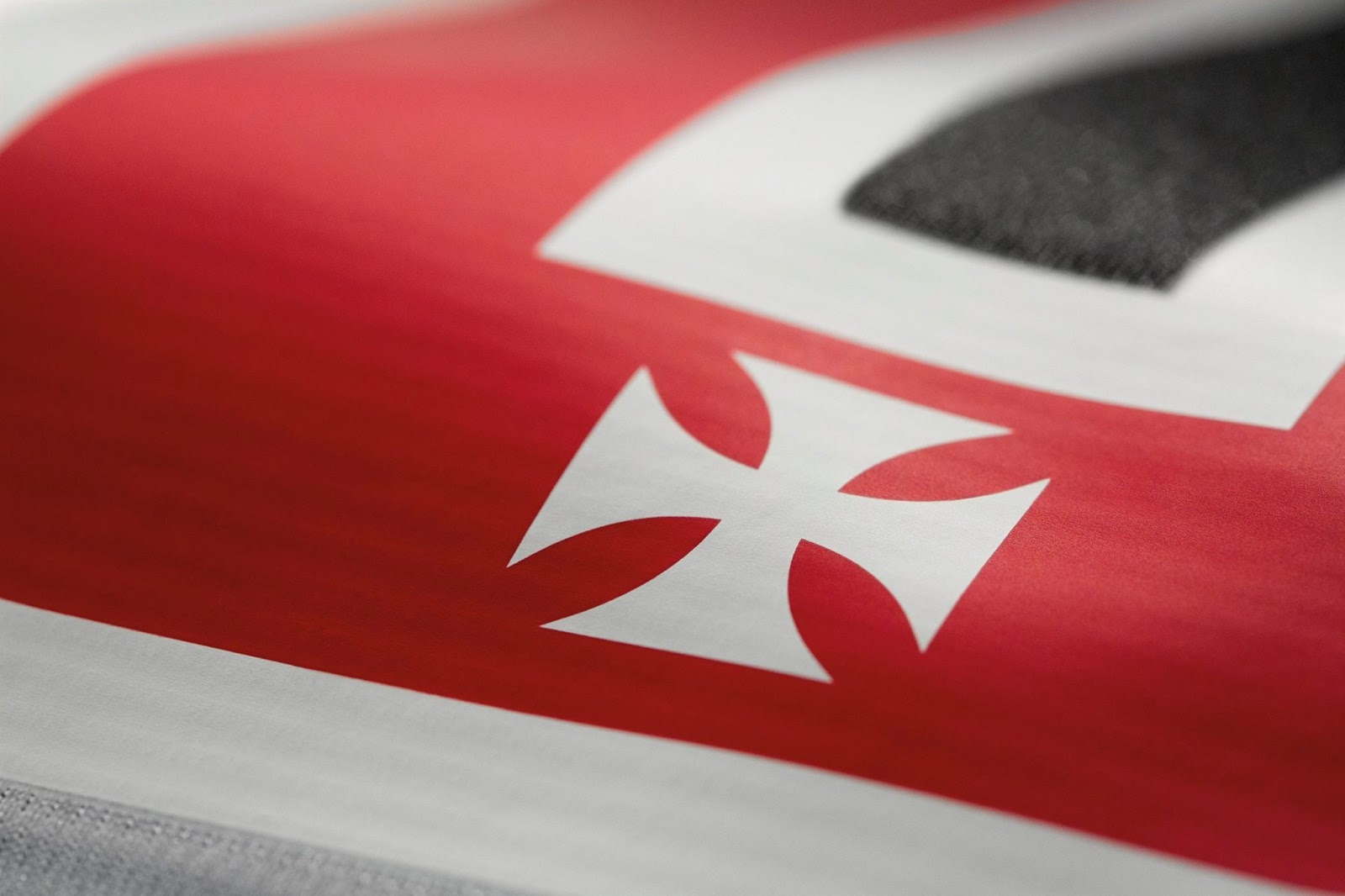 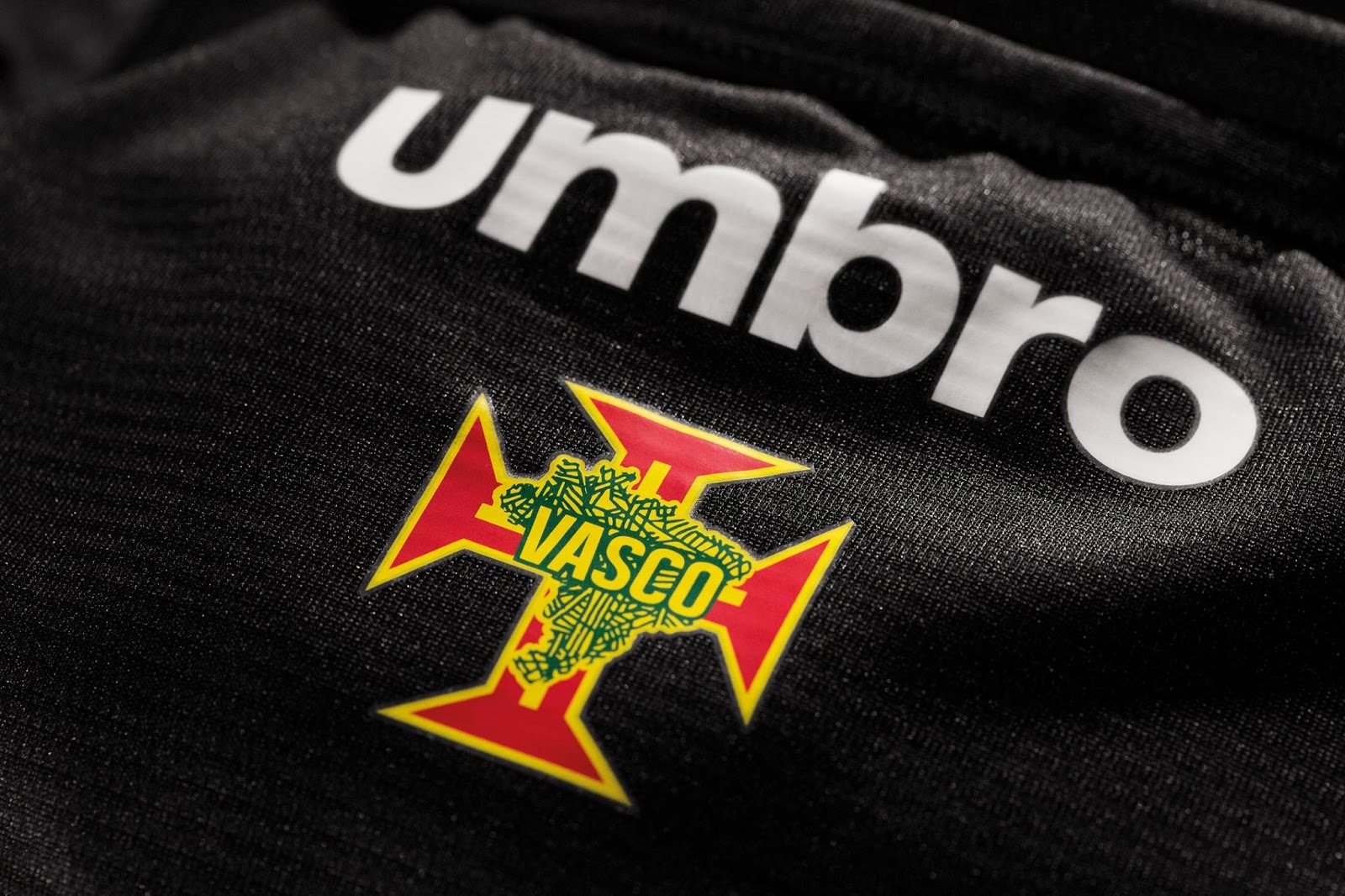 Vasco da Gama certainly have pulled out the stops with these kits. Their promotion hopes should be bolstered by pride in the stylish design.