Ten years ago, VfB Stuttgart celebrated being crowned Bundesliga champions. A run of six consecutive defeats at the tail end of the season has condemned them to relegation to Bundesliga.2 for the first time since 1974/75.

Once more manufactured by Puma, the VfB Stuttgart 2016/17 home kit shows only subtle changes to this season’s design. 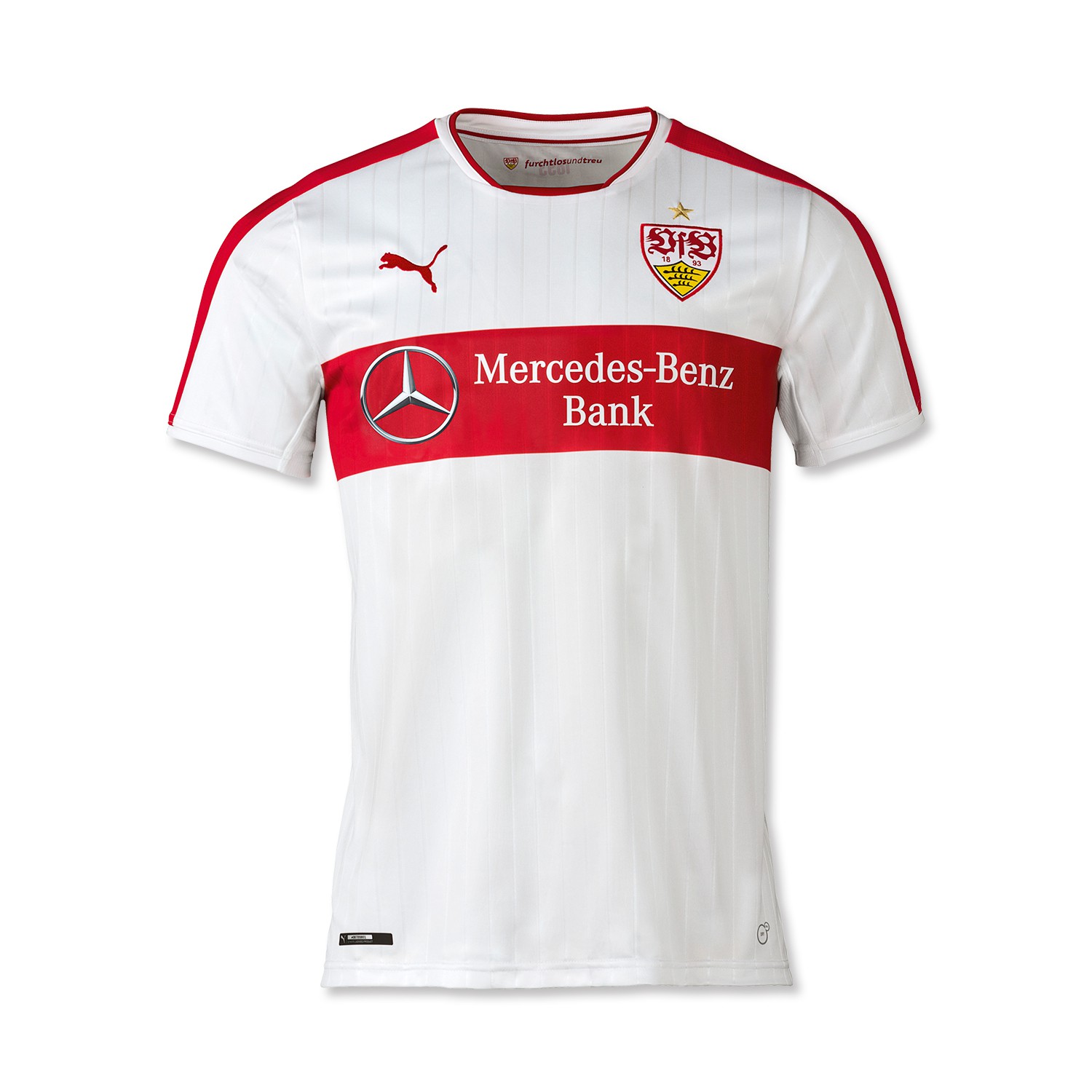 The top is has a white background with the famous red hoop straddling the chest. Sponsors Mercedes Benz Bank have recently renewed their deal with Die Roten until 2019 and the shirt continue to bear their logo. The gold star above the club’s crest cuts a forlorn figure with the sadness of relegation.

There are silver pinstripes down the shirt for a shimmering effect which enhances the red trim. A thin red collar gives way to a white neck but the thick Puma red stripe across the shoulders and down the arm leads into red shirt sleeve cuffs. 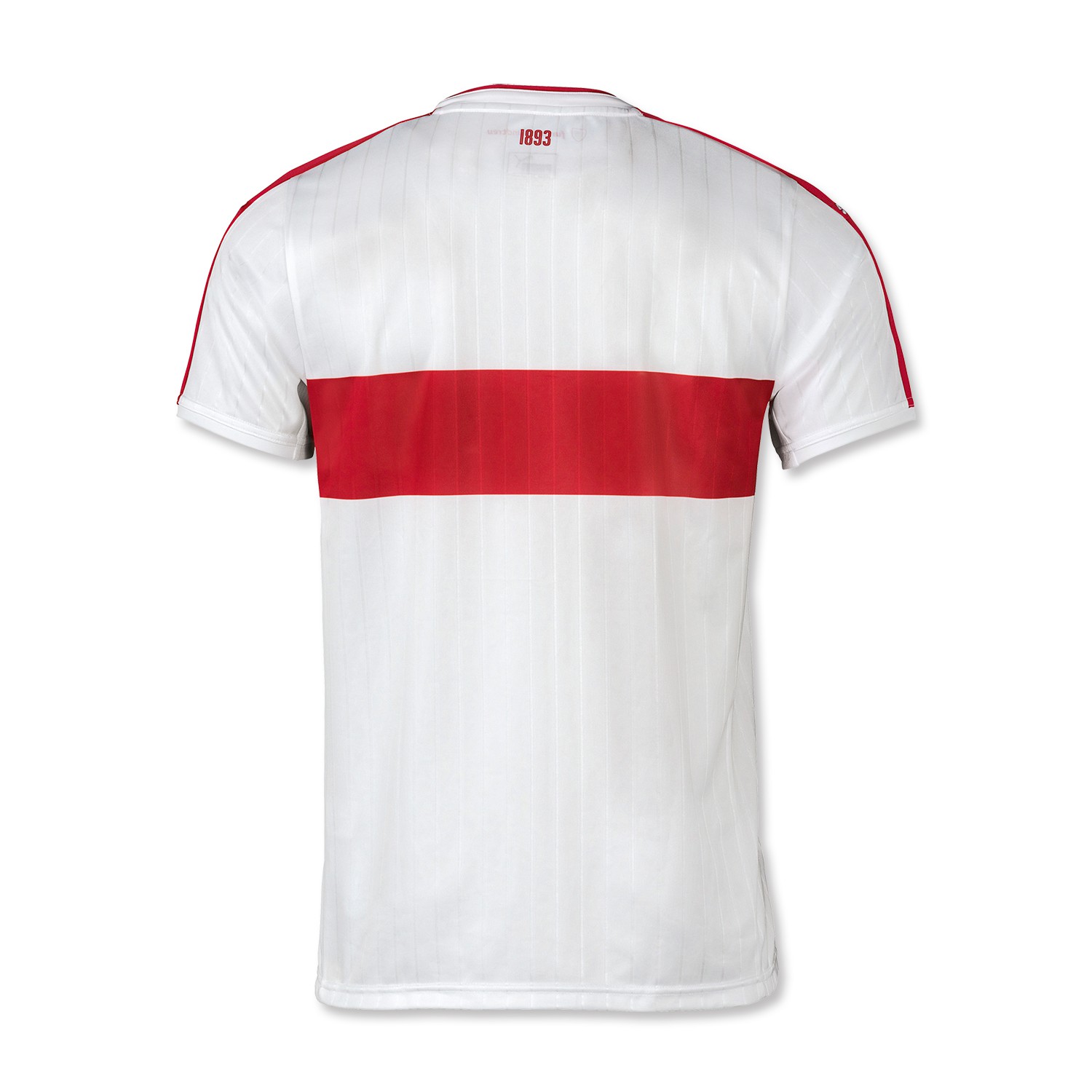 On the reverse, the red underarm pattern is evident but the only adornment on this view is “1893”, noting the year of the club’s formation.

Both shorts and socks are predominantly white with a red turnover on the socks the only intrusion.

Whilst VfB have bigger issues to contend with, they should be complimented for producing a simple but classic kit for next season.