Vitesse Arnhem‘s annual ‘Airborne Duel’ marked the 72nd anniversary of the Battle of Arnhem where the British 1st Airborne division. The story was immortalised in the 1977 film, A Bridge Too Far. 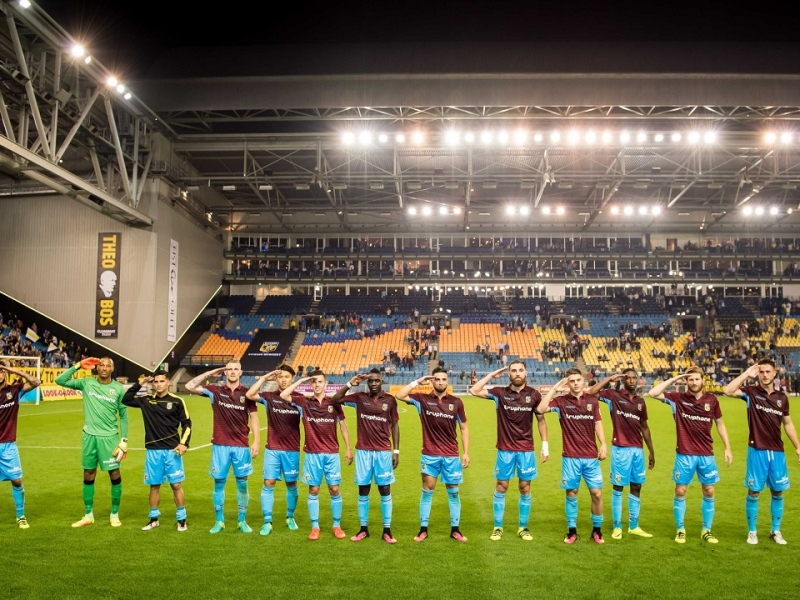 Prior to the match, the Arnhem players lined up and saluted surviving members of the 1st Airborne division who were among the crowd at the GelreDome. Vitesse beat Go Ahead Eagles 2 – 0.

This is the Airborne kit worn by Vitesse this weekend: 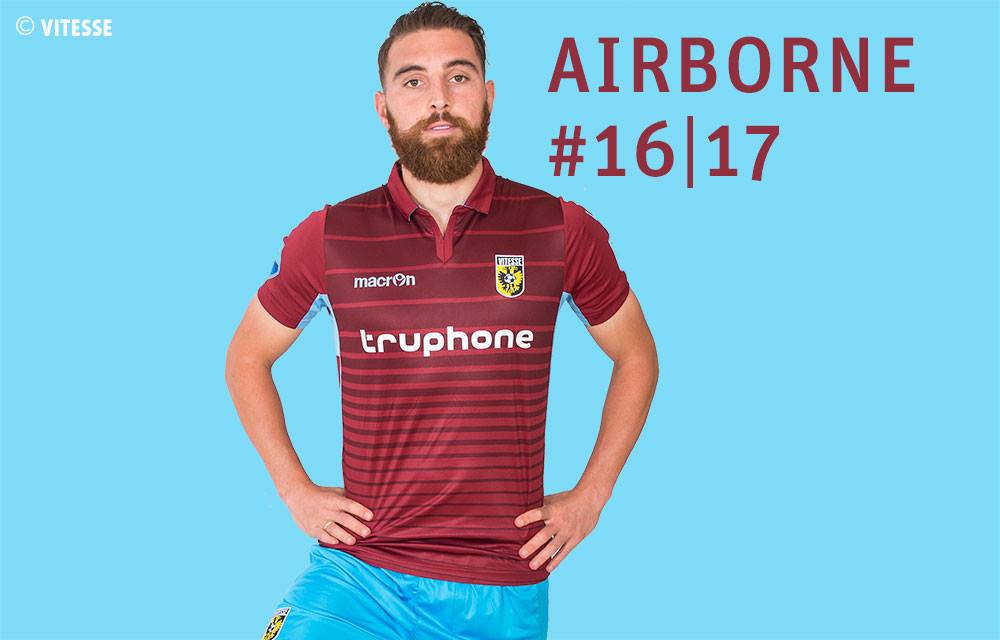 Vitesse dropped their usual yellow and black shirts for this home match in favour of claret and blue, the regimental colours of the 1st Airborne division.

The shirt has tonal claret horizontal stripes across the body. The stripes become narrower as they reach the lower half of the shirt. 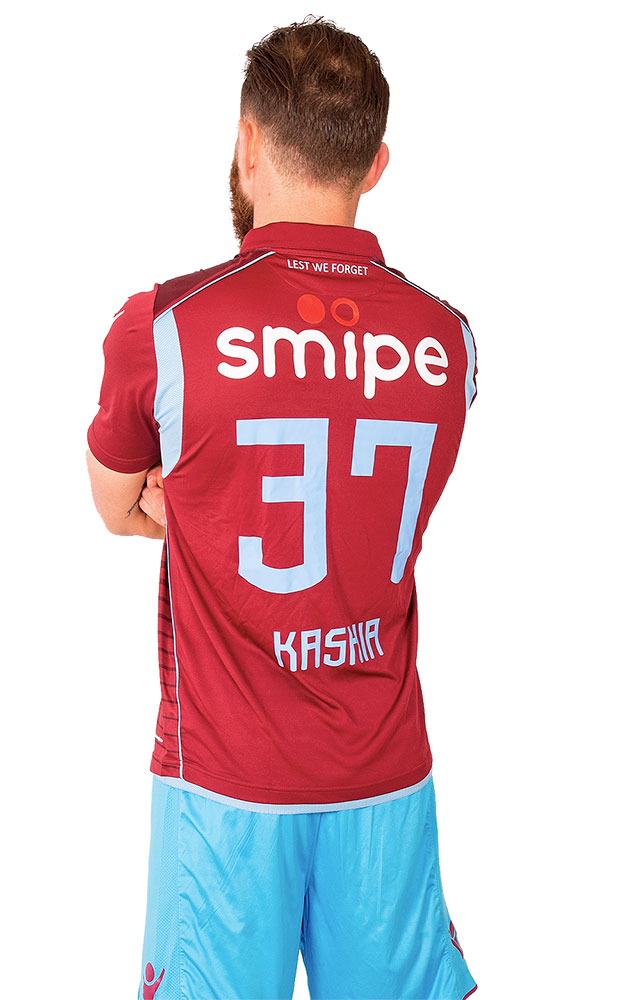 On the reverse, blue trim forms a brace-like pattern on the shoulders. The motif ‘Lest We Forget’ is printed under the neckline in the centre of the shoulders. A special Airborne badge is sited on the right upper arm.