We trust you clicked on this article with baited breath but fear not we’re not bringing you Vera, the 66-year-old topless barmaid from the Red Lion (keep up the good work), it’s a new Juventus shirt, and we’d certainly lay down some dollar for it.

Set to be launched in May, Adidas have of course stuck with the classic black and white stripes but offered a modern twist and we have to say, it really works! It’s just the second offering from the German brand who played it safe with a classic 2015/16 Juventus home shirt, and will see the shirt accompanied by black shorts and socks a complete overhaul of last season’s white offering.

The shirt itself will feature bolder black stripes with a pinstripe down the centre of them, and the traditional three stripes will run down the flank of the body as is prominent with the latest Adidas releases. 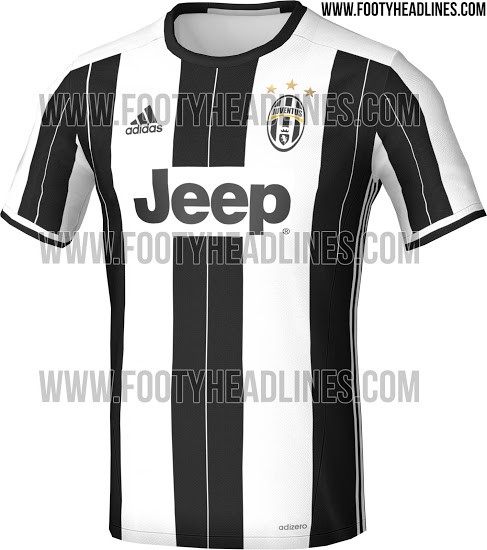 Revealed by footyheadlines.com, three stars sit above the club badge, representing the 31 titles the club has won and it’s expected the club could officially debut it on the last game of the season.

The club will continue its association with Jeep having signed in 2014 to have the brand sponsor them until the end of the 2020/21 season.

We have to say, it’s a fine effort from Adidas and we’re looking forward to what they offer for the likes of Manchester United, Chelsea, and Real Madrid come the new season.