Watford finished the 2016-17 narrowly avoiding the drop. After finishing 13th the season before, 17th and six points clear of Hull City in the final relegation place was not what the board or fans expected.

It cost Walter Marazzi his job, as well as that of the interpreter he used for his media interviews. Marco Silva who almost inspired Hull City to a heroic fight against relegation replaces him. The Tigers failed but put the fear of God into the teams around them until the tail end of the season.

Watford are hoping the Portuguese manager will bring the same turnaround in fortunes during the next season. 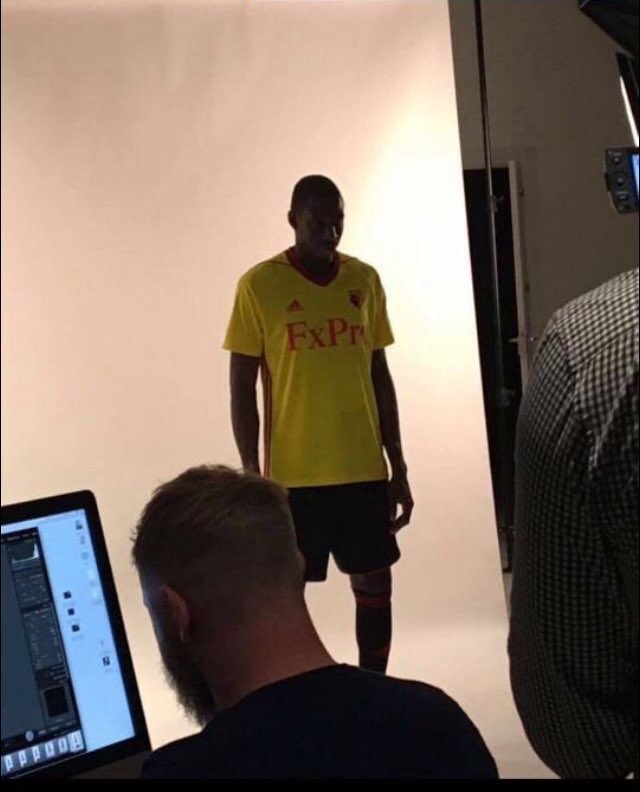 The Hornets traditional yellow and black colours return once more. Watford wore them for the first time as a home kit in 1959 and they have been used ever since.

Next season, the images, while grainy, show black shorts and socks. Adidas, in the first year of their new contract, placed their Three Stripes on the side of the shirt in black. The plain yellow shirt seems otherwise devoid of pattern.

A thick v-neck black collar is the only other diversion.

The actual kit is released in the next four weeks.