German Bundesliga side, Werder Bremen, release their 2016/17 kits this morning. For the first time in their history, they will wear green and white stripes as their home kit. Previously, the home shirt was full green. 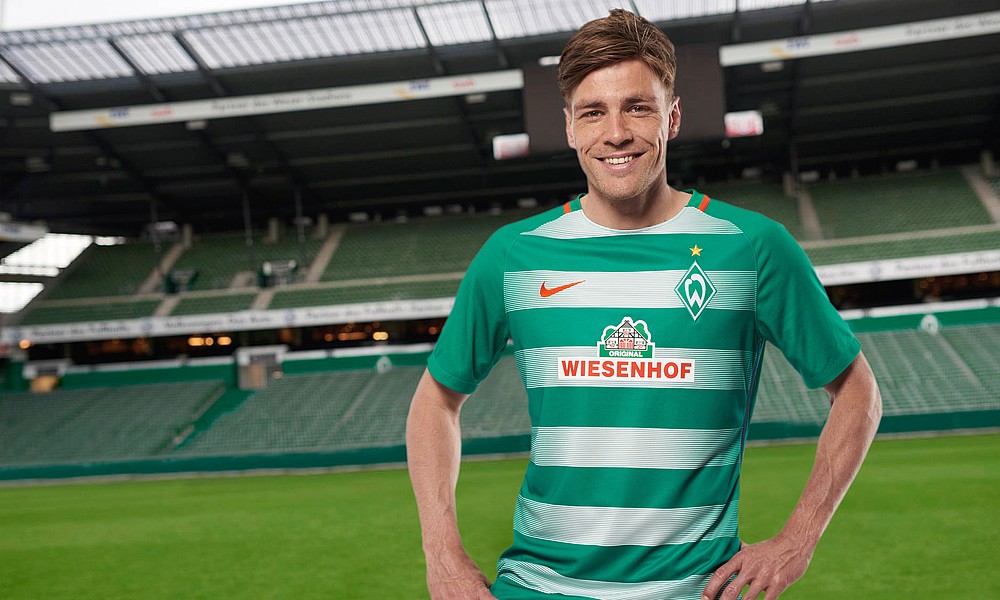 2015/16 was a strange season for Die Werderaner. Roundly thrashed 0 – 6 at Wolfsburg in the Bundesliga’s clearest victory, they returned the favour in a 6 – 2 win over VfB Stuttgart in the season’s highest scoring game.

This is the home kit which Werder Bremen will wear for the 2016/17 season. 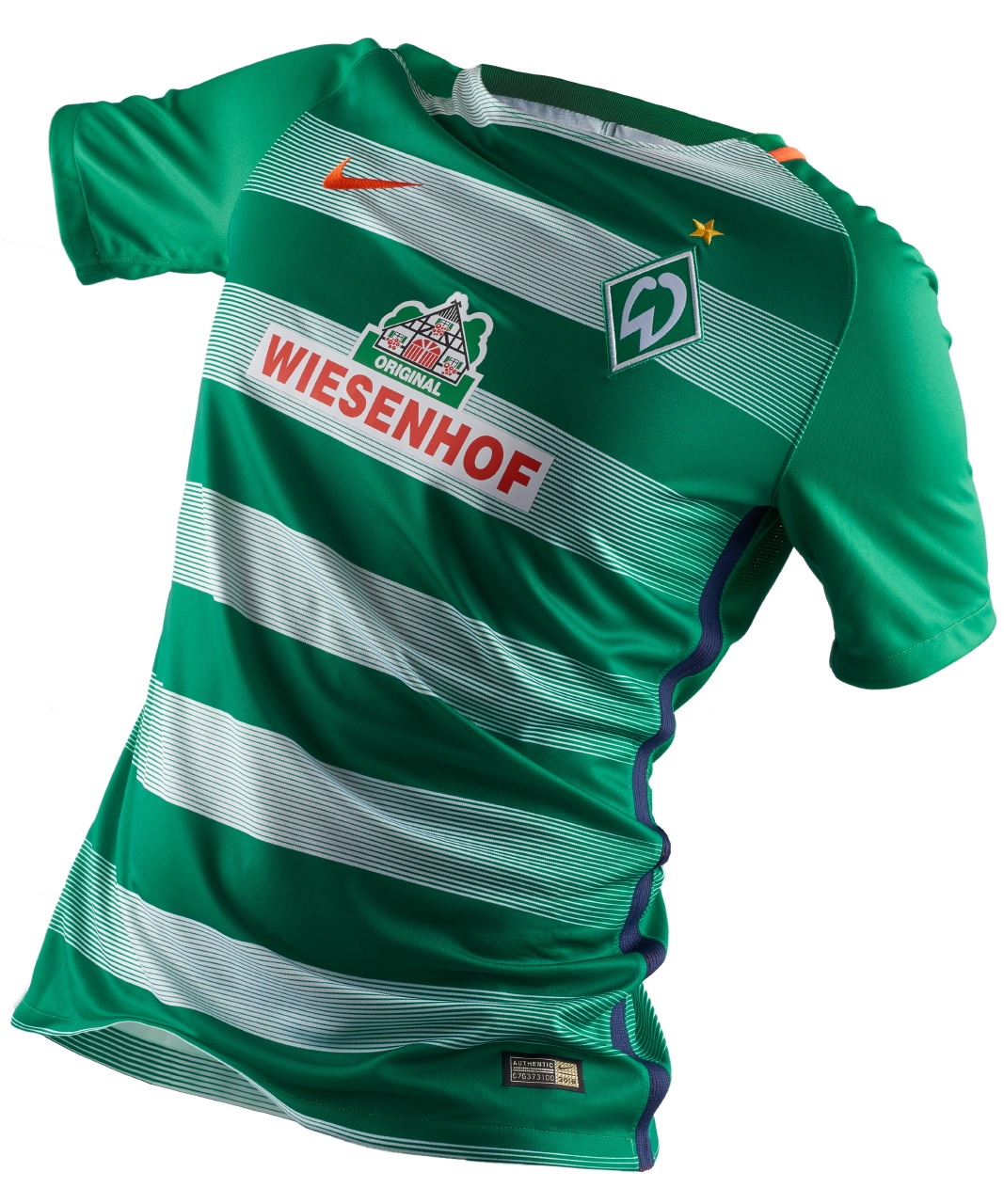 Sponsored by Wiesenhof for the fourth consecutive season, the kit is manufactured by Nike, the club’s preferred supplier since 2009.

The white hoops across the front and lower back, contain thin green pinstripes, giving a faded effect to the white background. The green hoops are solid. Down each side of the shirt is a blue stripe.

The sleeves are solid green, leading into similarly coloured shoulder panels. At the top of reverse of the shirt is a solid green panel for player identification. It accentuates the orange band which runs around the side of the collar through the back. 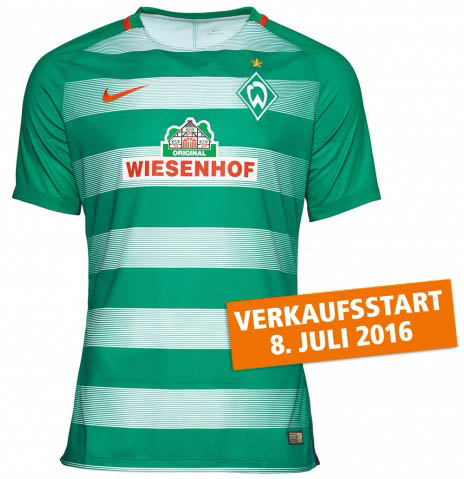 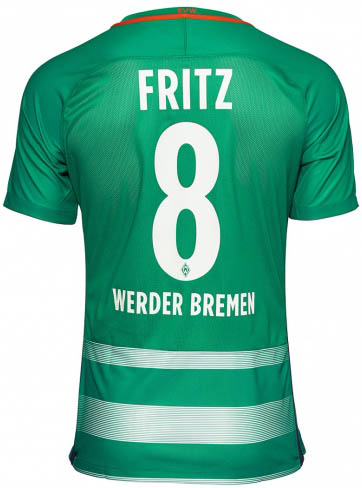 The shorts for the kit will be green.

Despite the update, the kit is instinctively Werder’s. Do the hoops make or break the design for you?