As Premier League clubs are finding out, keeping new kits hidden before their public release, is proving impossible. West Ham United are the latest of the top flight to see pictures of their kit surface days before the official unveiling. 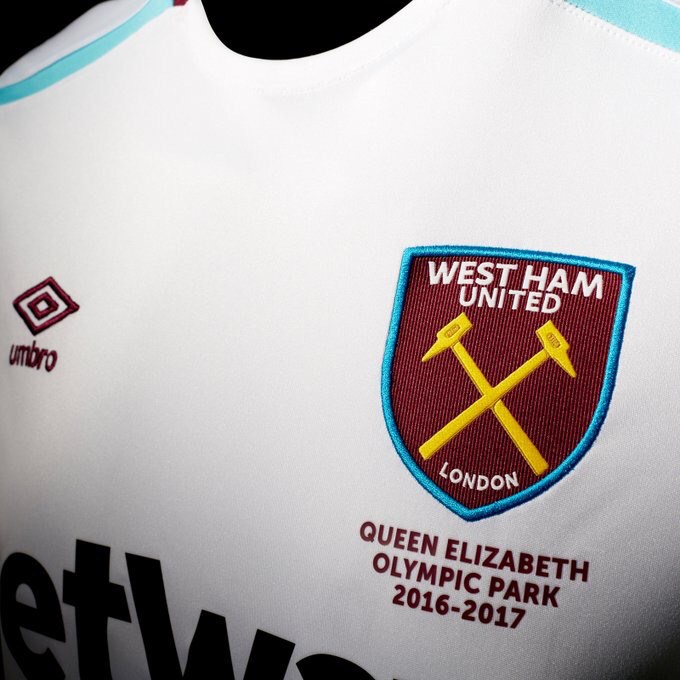 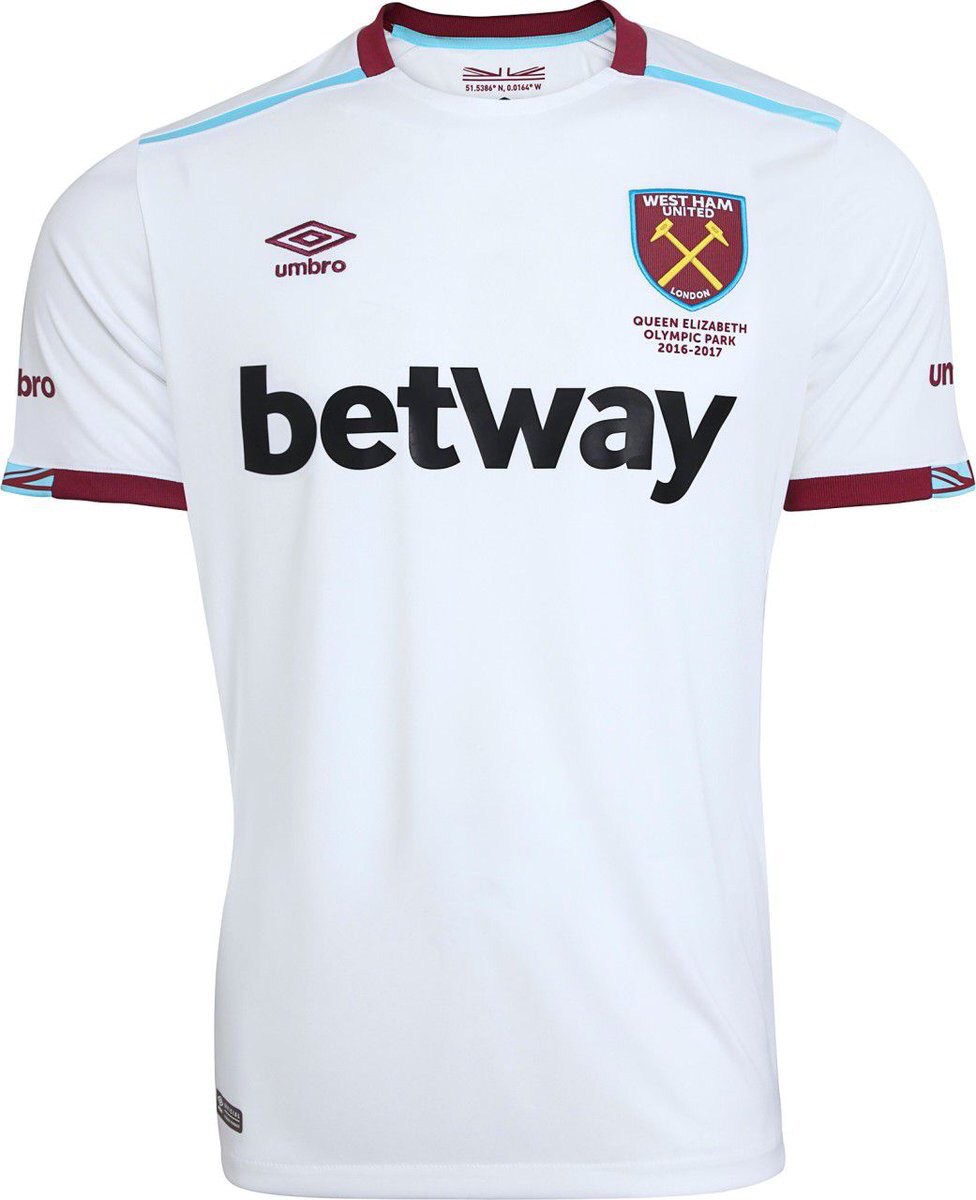 As seen by the leaked photos, the shirt is predominantly white.

Umbro, as predicted, has made the sleeve cuffs claret with a Union Jack embroidered in, celebrating the club’s arrival at the Olympic Stadium. Inside the back collar, the co-ordinates have been handily included above the labels, just in case any of the Hammers fans get lost along the way to their new home.

The feature was included in their home shirts and criticised as a result. Many supporters felt that the wording under the club’s new badge was sufficient recognition and that the co-ordinates should, in fact, have been those of their spiritual home at Upton Park. 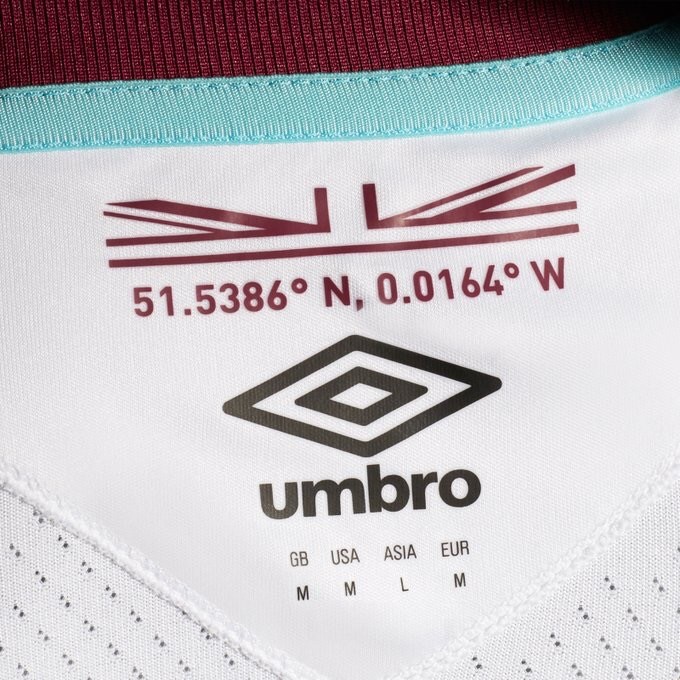 Umbro has added a retro feel to the shirt. In keeping with previous away kits, particularly those of the 1980s, the collar is claret with a hint of sky blue coming in two shoulder splashes.

The sky blue shorts and predominantly white socks, reinforce the view that the kitmaker has made a concerted effort to not lose sight of the club’s origins. 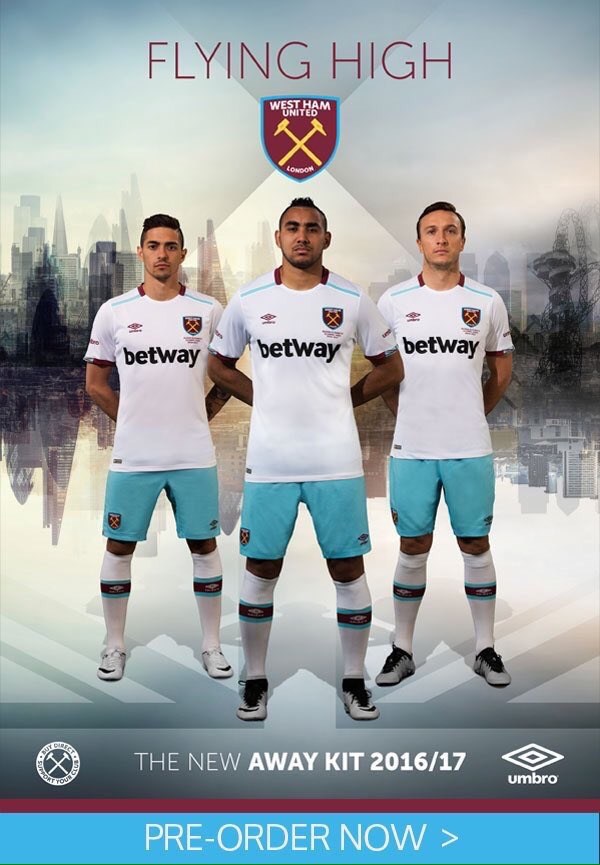 The design was initially perceived as a dull and boring by fans. Since then, a greater appreciation of the kit has emerged in the days. West Ham, whilst moving forward, are being seen as a club which hasn’t entirely lost touch with its roots. Whether the same views will be held at the Olympic Stadium if the team struggles, remains to be seen.