Runners-up last season, Wanderers are looking to go one better this time around and reclaim the A-League title which they won for the only time in 2012/13.

Wanderers completed a miserable double when they lost 3 – 1 to Adelaide United in the Grand Final. 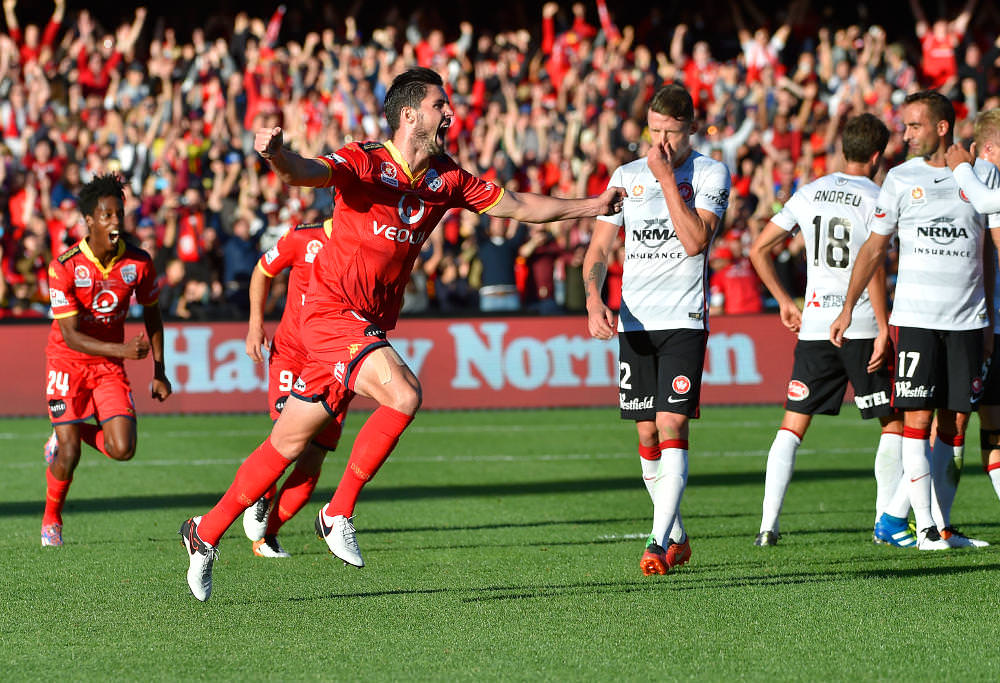 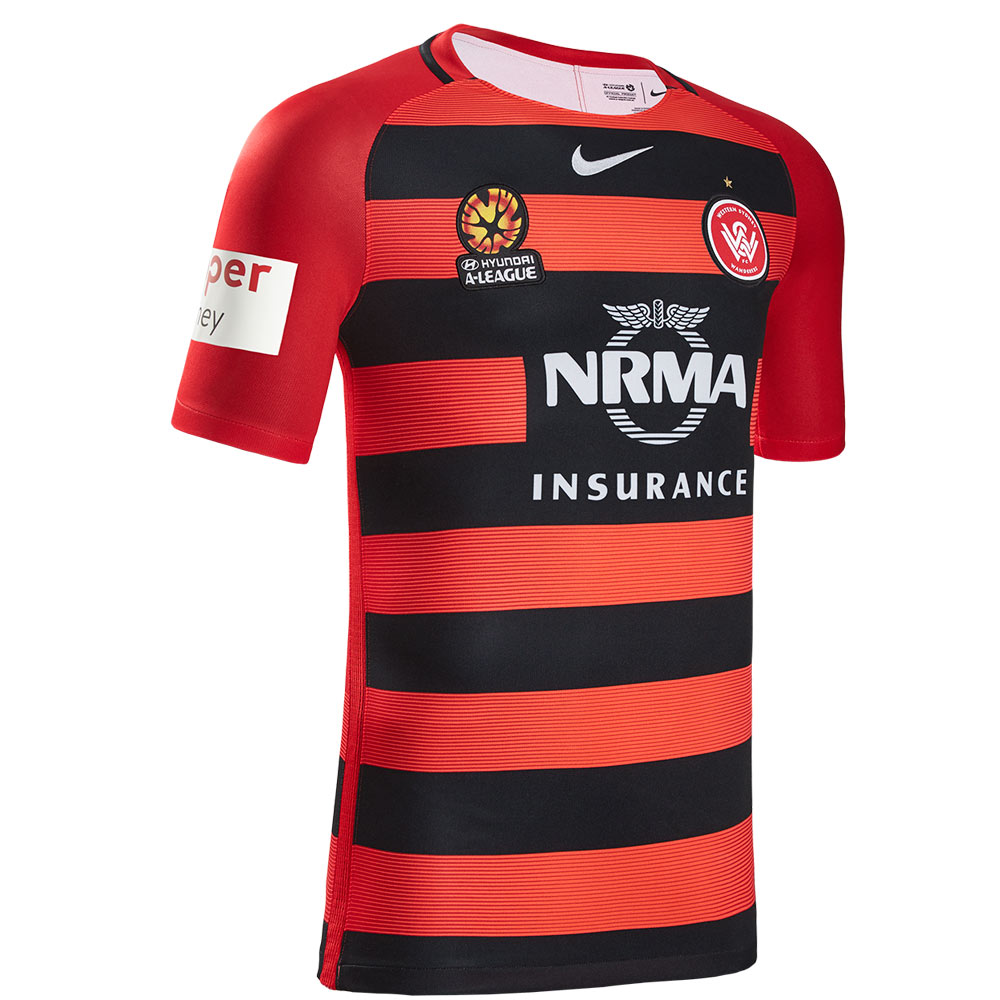 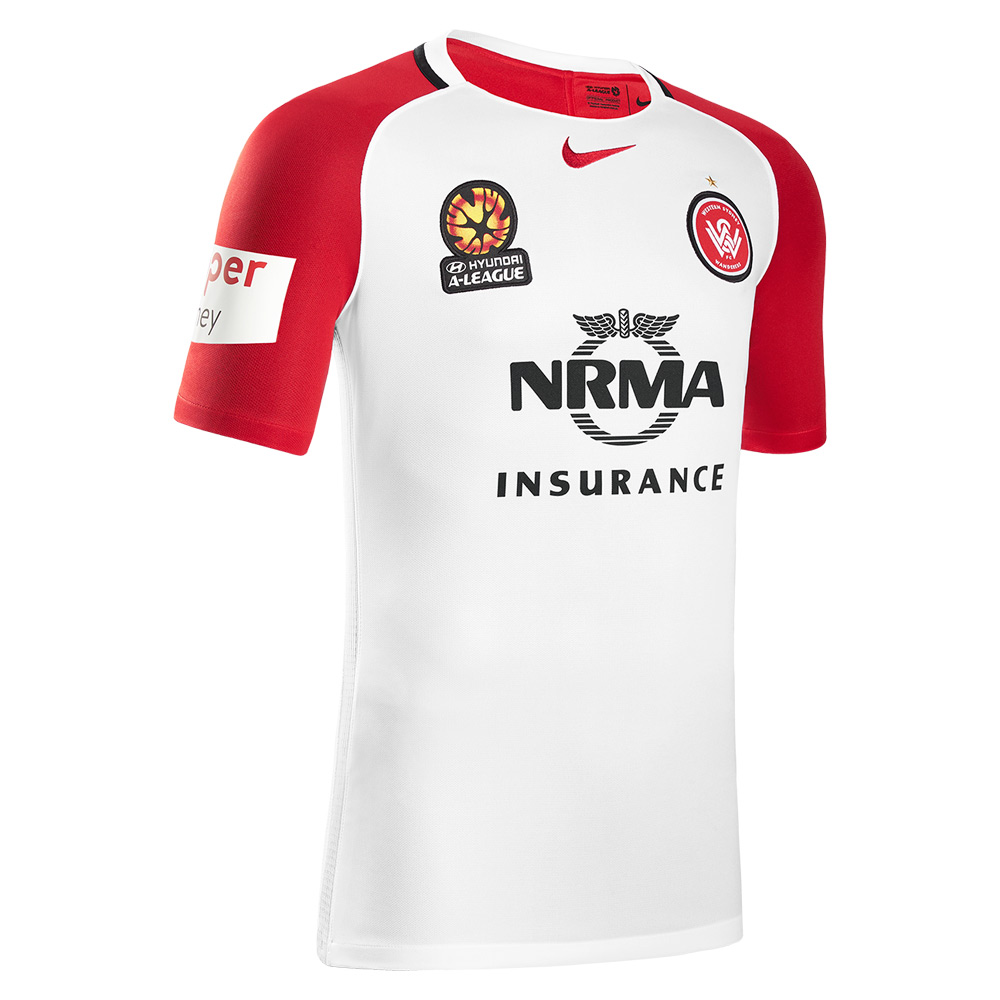 The home kit is red and black.

The shirt features red and black horizontal stripes on the front and back, separated by a thin red panel running from the armpit on either side of the shirt body.

The shorts and socks are black.

The away kit is a more familiar take on the Nike template. The white shirt is matched with red sleeves and shoulders. Completing the kit is white shorts and red socks.

On both shirts, the Nike Swoosh sits centrally below the front of the neckline forming a triangle of logos with the A-League badge on the right breast and Western Sydney Wanderers club crest on the left.