It had to be a bet. Bedale Sports Club took one look at the competition and decided they could do better. Their 2016/17 is favourite to be awarded the prestigious title of “Worst Kit of the Season“.

Bedale, near to Northallerton, the county town of North Yorkshire is the home of Bedale Sports Club. Sponsored by Heck, famed for their sausages, the sports club issued an unforgettable kit for this season. 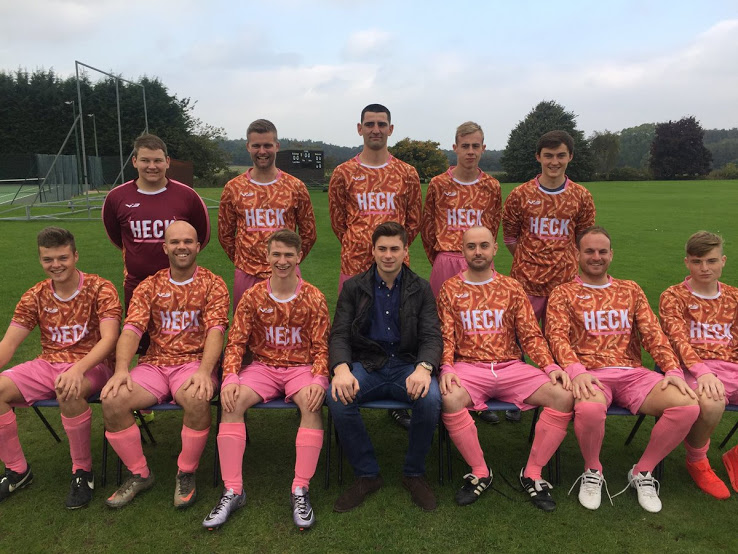 Persuading bluff Yorkshiremen to wear a pink kit ranks as an achievement on a par with discovering penicillin.

That is an awesome graphic pattern on the shirt. Dazzling in fact. After much discussion, we’ve come to the conclusion that this is in fact a camouflage kit. We just haven’t worked out what the players are hiding from.

A stealth attack on their opponents? Springing the offside trap by startling their foes? It’s a tough call.

The positive from it all is gaining Heck a heck of a lot more publicity than they would ordinarily get. Hopefully, there’s a charity angle or fundraising for the club involved.

But for wearing this kit, Bedale Sports Club, we salute you!