League One champions, Wigan Athletic, have released their 2016/17 home kit ahead of their return to the Championship. 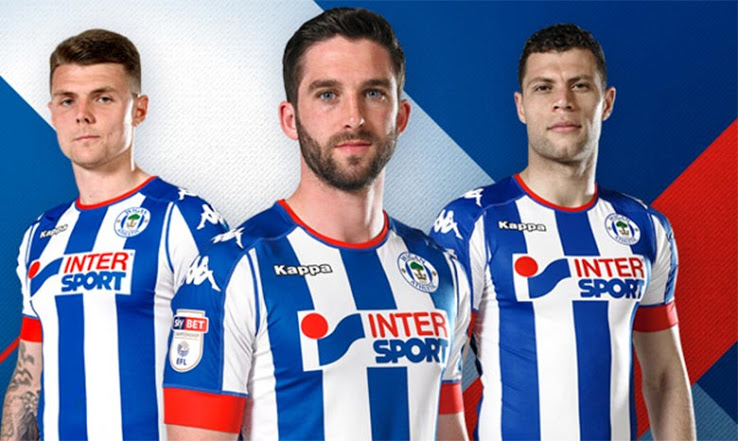 Made by Kappa, the Wigan Athletic 2016/17 kit is based around The Latics traditional blue and white stripes. 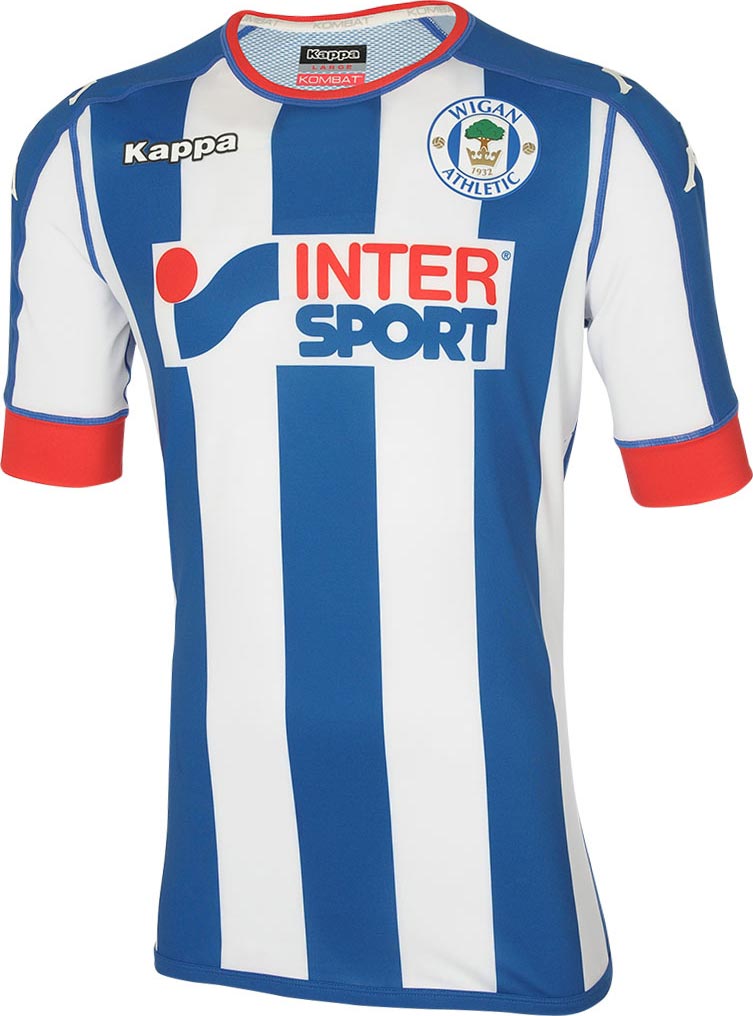 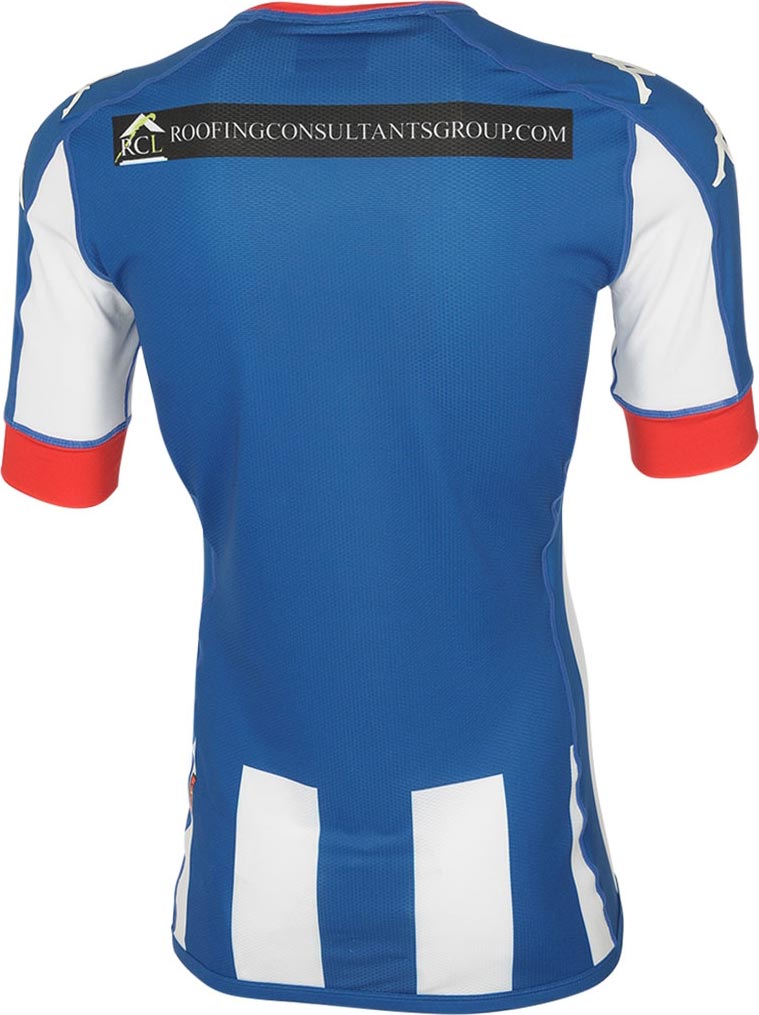 The evenly spaced blue and white stripes cover the front and back of the shirt. Kappa have resisted the use of patterns or gradients in the stripes, giving the shirt a classic football look.

Sponsor Intersport has their logo front and centre, pushing the manufacturers emblem and club badge onto the right and left shoulders respectively.

On the back of the shirt is a blue square ready to house the player name and number. Already printed at the top in a black band is the logo of secondary sponsor, Roofing Consultant Group.

The collar of the shirt is a red hoop sitting above a blue hoop which leads onto the stripes that run from neckline to the bottom where they meet a solid blue hemline.

On the right sleeve is the new badge of the English Football League, rebranded ahead of the 2016/17 season. 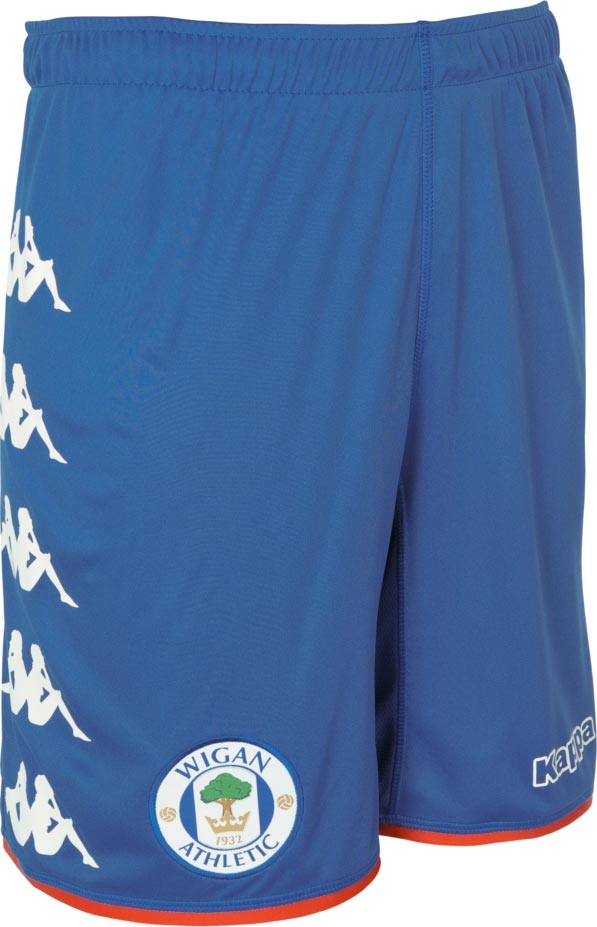 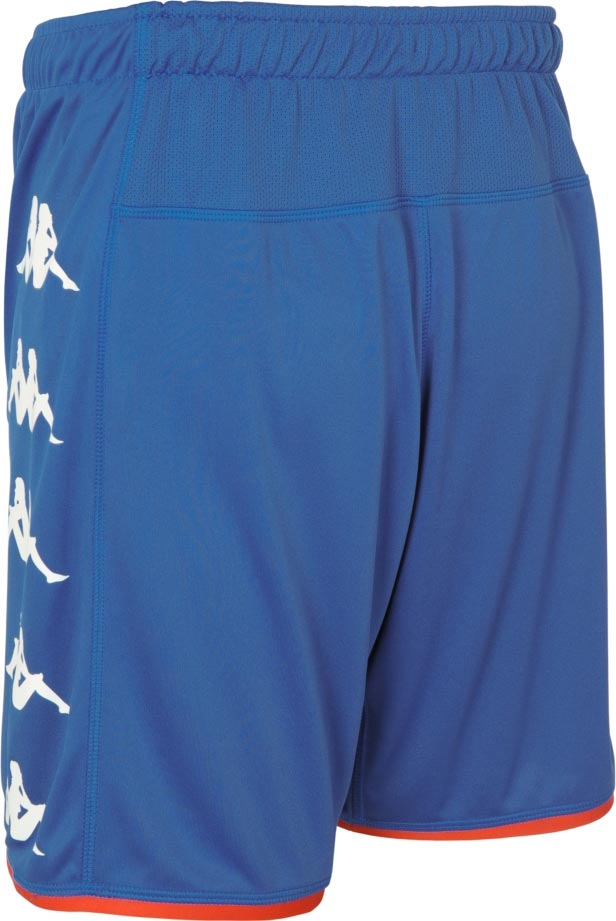 The socks will be white with a solid blue turnover band at the top.

Let us know what you think of the new Wigan Athletic 2016/17 kit in the comments.